Who is Turtle in ‘The Masked Singer’? New Clues and Guesses 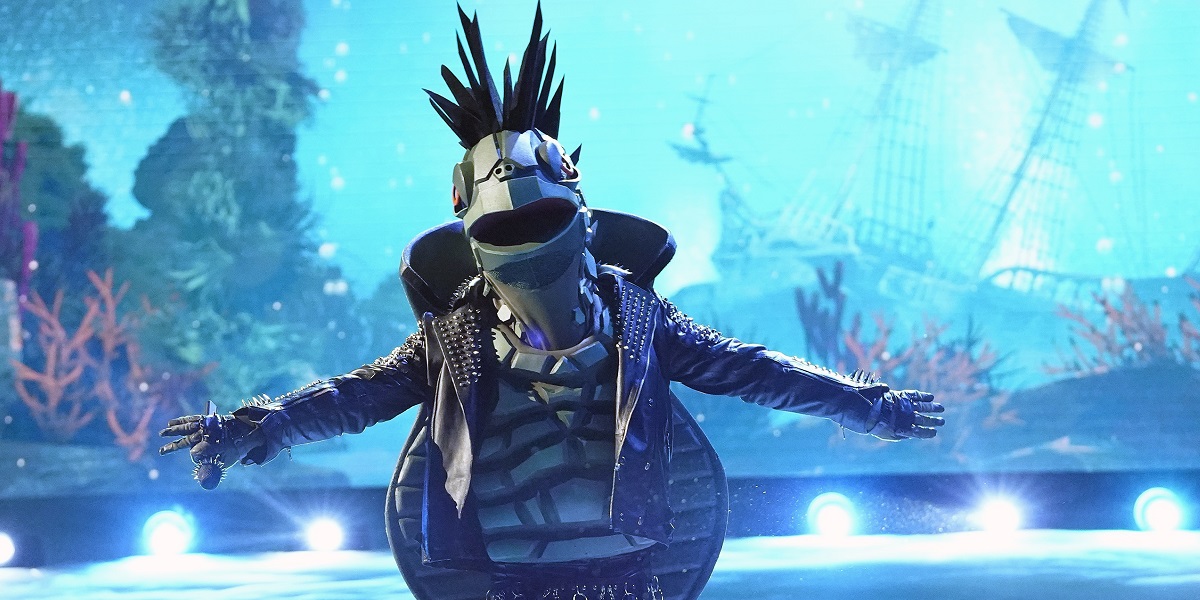 Among the performers in Group A, of ‘The Masked Singer‘ Season 3, Turtle has been one to watch out for. With a punk outfit, Turtle keeps on subverting expectations. He has belted out romantic numbers, and faster tracks. Turtle manages to do all this effortlessly.

With a smooth voice and smoother stage presence, there was never any doubt that Turtle would sail to the ‘Super Nine’. Now that it is time for him to take the stage again, you might be wondering about who’s behind the Turtle mask. We have got you covered in that regard. However, first, do check out the first and second clue packages from Turtle, to see if anything jumps out at you.

Turtle’s clue package starts with telling viewers that he’s having a ‘shell’ of a time. However, he admits that he wouldn’t have made it this far without the support of those who believe in his dream. We are introduced to Miss S, his ninth-grade teacher.

She comments that Turtle has always been a driven individual, and has come in singing. Despite his fame, he remains humble. The teacher understands this from one of the recent meetings. There are some visual clues like a bat and a map of Seoul. Turtle belts out Shawn Mendes’ “There’s Nothing Holding Me Back”.

After his performance, Turtle has a letter for Nicole, which states that the two spent an awesome morning together. You can check out the clue package below.

Fans have been pretty sure that Turtle is Jesse McCartney. Not only does the voice resemble Jesse’s, but several clues seem to indicate towards Jesse as well. For example, the clue about being surrounded by hungry newcomers, who have fizzled out since then, might refer to Jesse’s former Dream St. bandmates.

While Jesse’s solo album took time, the other members had albums and movie roles, soon after. However, Jesse’s work was very appreciated, upon release. Visually, we see a surfboard, which might refer to Teen Choice Awards, which the pop star has won.

It might also refer to actual surfing. After all, Jesse does play a surfer in ‘Summerland’. The clue about the burgers on the grill could refer to Jesse’s love of barbecuing and smoking meat. In the second clue package, there is a clear reference to Dream St., when we see “Don’t rave ever at my school – Turtle”. The initials make up ‘DREAMST’, Jesse’s former band.

Turtle’s hunt for booty can also be interpreted without the obvious innuendo. He might be referring to a treasure booty. This ties in with Jesse’s role as a pirate in ‘Fear the Walking Dead‘. Moreover, his clue to Nicole is also a giveaway.

The morning they spent together, could refer to the time Jesse performed with The Pussycat Dolls, on ‘The Today Show’. The clues all seem to point at Jesse being the most obvious guess. In fact, netizens have already decided that it is the pop star behind the mask. You can check out one such confident tweet, below.

Still sticking with my guess that Turtle is my bae Jesse McCartney. 🥰 pic.twitter.com/aBQzA7qGob

That said, there are some other guesses doing the rounds as well. One fan has proposed that singer-songwriter Joey McIntyre is behind the Turtle outfit. While you can check out the tweet below, this does not seem to be too substantiated.

On the other hand, some people have guessed that Donnie Wahlberg might be behind the Turtle outfit. This is primarily because of the clue about burgers. Donnie is the executive producer of ‘Wahlburgers‘. However, Jenny has rejected this theory, saying she’d recognize her husband if he was up on the stage.

Ultimately, Turtle is likely to be Jesse McCartney, and the clues from the upcoming episode will only serve to strengthen this deduction.