Who is White Tiger in ‘The Masked Singer’? New Clues and Guesses 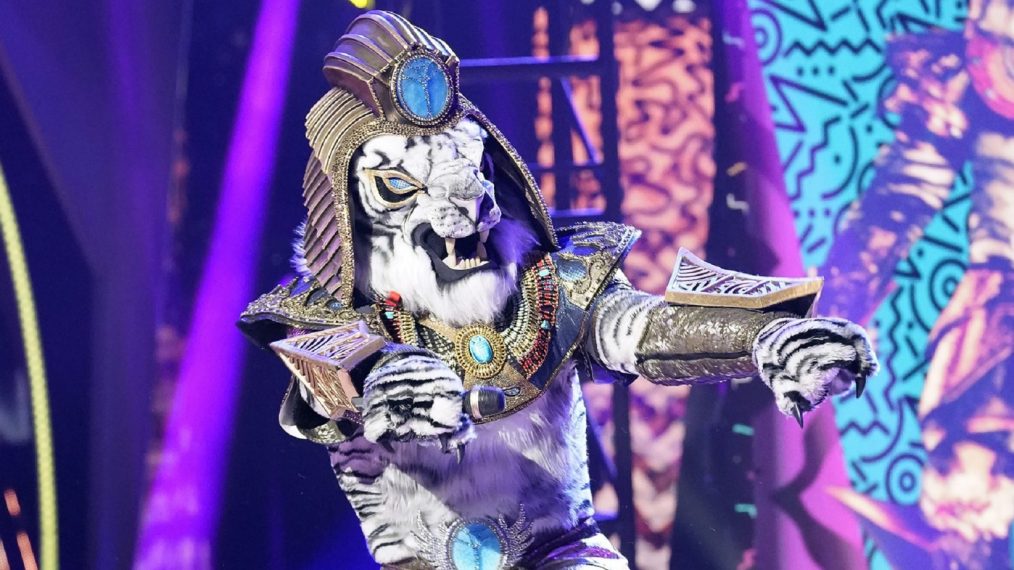 Luckily for White Tiger, ‘The Masked Singer‘ is about energetic performances and good singing. The only reason this performer has made it past the group stage, into the ‘Super Nine’, is that White Tiger is explosive onstage. There are already several tweets circulating, demanding that White Tiger should be voted out of the competition.

The performer cannot seem to catch a break, although he’s chosen his songs wisely. White Tiger hasn’t gone with too many songs that require a wide vocal range. Rapping for most of the competition, you might be curious to know who White Tiger is before he faces off against the champions from Groups B and C.

While we have the latest clues and guesses, you should check out White Tiger’s first and second clue packages, to see if anything jumps out at you.

White Tiger starts the clue package on a note of self-awareness. He recognizes that his strong point is his ability to energize the crowd. He says, “I knew going into this competition I was never going to be the best singer. I wasn’t going to let that stop me. I’ve always known how to work a crowd and that’s been my strategy all along.”

We get to meet White Tiger’s college buddy, as part of the clue package. The friend comments on how much fun White Tiger can be. We are also treated to a series of visual clues like a bar, a dartboard, a coin (which turns out to be a quarter), a phone, and butter. The phrase “smell what I’m cooking” also appears to be a hint.

The college buddy tells us how White Tiger would edge past the others, and we see him pretending to be a male strip dancer, to get the ladies’ attention. White Tiger delivers an energetic performance of “We Will Rock You” by Queen. His clue for Jenny tells her that he’s mad about her, but her husband would appreciate the card even more.

You can check out White Tiger’s clue package below.

White Tiger might not have won too much affection as a performer, but the man who’s probably behind the mask is an absolute star. As we’d already stated, our belief is that Rob “Gronk” Gronkowski is White Tiger. One of the clues points to fourscore and seven years ago, from Lincoln’s Gettysburg Address poster.

Obviously, this translates to 87, which has been Gronk’s jersey number, while playing for the Patriots. The clam shucking is an obvious reference to New England or Boston since Patriots is Boston’s football team. White Tiger also makes a reference to his commitment, which is not strange, considering he played for the Patriots for eight years.

Moreover, since he’s retired, he is likely to have had time to film for episodes of ‘The Masked Singer’. Fans have also read into the fact that White Tiger was the first performer in Episode 1, which debuted after the Super Bowl. Gronk has won three Super Bowl rings, and Nick Cannon mentions that the performers have nine Super Bowl appearances among themselves.

Ultimately, the clue to Jenny is a giveaway. Donnie happens to be a die-hard fan of the Patriots, which is what White Tiger must have been referring to when he tells Jenny that her husband would appreciate the card even more. You can check out a tweet below, where a fan is sure of Gronk being White Tiger.

@RobGronkowski is the white tiger in the masked singers idgaf .

While the unmasking of White Tiger might still manage to surprise us, for now, all clues seem to solidly point at the former NFL star.