Who is Wyman Walden in When Calls the Heart? Who Plays Him? 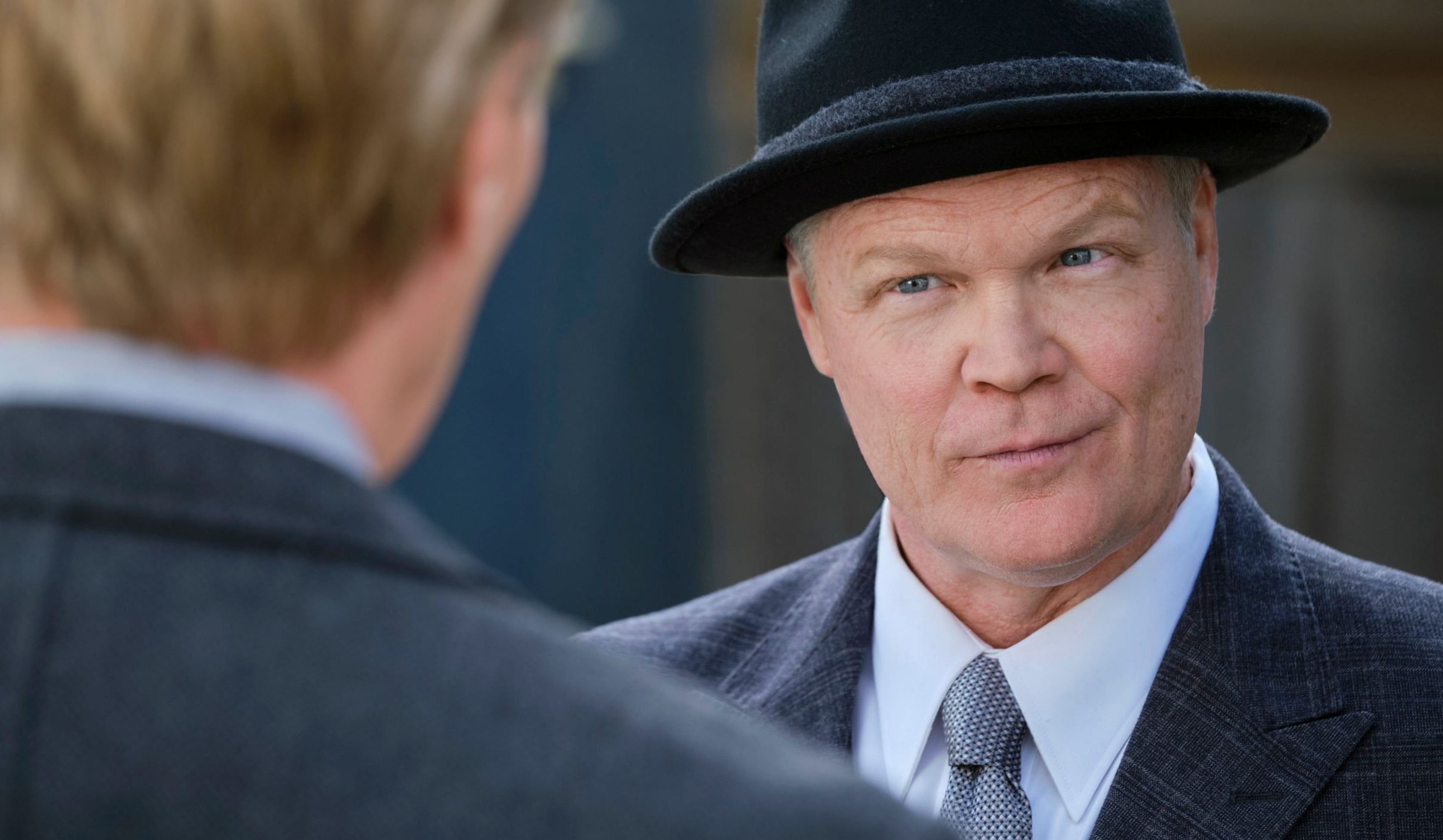 Based on Janette Oke’s eponymous book, ‘When Calls the Heart‘ is a drama TV series. The show is developed for television by Michael Landon Jr. and follows Elizabeth Thatcher, a young and enthusiastic teacher who leaves her affluent life behind to teach the children of Coal Valley. The residents of the former coal-mining town have their own interesting stories and their interpersonal relationships and impact on Elizabeth’s life form the rest of the narrative. Over time, new characters arrive in town as well, including Wyman Walden, a shrewd businessman who turns everyone’s lives upside down. Here is everything to know about Wyman. SPOILERS AHEAD.

Who is Wyman Walden?

Wyman Walden first arrives in Hope Valley (previously called Coal Valley) in season 8 episode 10, titled  ‘Old Love, New Love, Is This True Love,’ and expresses an interest in buying the barbershop from Fiona. He leaves after she firmly turns down his offer but when Jesse sees him, the latter gets enraged and chases after him. It is soon revealed that Wyman is the very person who duped Jesse into investing and losing his and Clara’s savings in a dubious scheme.

Later, Clara is able to get their money back from him somehow, and she and Jesse leave for Montana. However, Wyman doesn’t stop at the barbershop and goes on trying to buy more properties around Hope Valley, such as the Queen of Hearts saloon. There, he gets a rather heated response from Lucas and also arouses doubts about his motives in the minds of other residents. Rosemary especially is suspicious of his lurking around town, and starts investigating him.

Wyman claims to be an associate of a steel foundry that is interested in building a factory in Hope Valley, hence he aims to buy out properties to clear the land. Although, his presence unsettles the residents as they are not too keen on the factory’s arrival as it may cause massive changes in their lives. In addition, the foundry buys the Canfields’ cabin, thus resulting in them moving into town. In season 9 episode 3, titled ‘Turn of the Page,’ Wyman arrives in town again and Bill refuses to entertain his business ideas.

On the other hand, Lucas tries to question Wyman about his purpose in coming to town, but the latter is rather elusive and bluntly tells him to mind his own business. Eventually, Wyman agrees to discuss a business partnership with Lucas, much to Elizabeth’s surprise. Lucas, nonetheless, seems to have an agenda of his own, as he discusses on a call with an associate named Janette about teaming up to stop Wyman.

Thus, it is yet to be seen what exactly Wyman and the foundry are planning to do in Hope Valley and why Lucas is so keen to put an end to their ambitions. How all this affects the lives of the townsfolk, is also something that shall unravel with time.

Actor Wesley Salter essays the role of Wyman Walden. Born in St. Catharines, Ontario, he initially started his career as a high school teacher. Later, he went on to dabble in various roles in the TV industry, gaining vast experience as an actor, host, publicist, press manager, casting associate, and producer. He is best known for his performance as Owen in the TV series ‘A Million Little Things‘ and Mandrake in ‘Chesapeake Shores.’ Wesley has further appeared in the romance drama movie ‘A Christmas Treasure,’ the TV series ‘Shadow of the Rougarou,’ as well as the award-winning short film ‘A Fine Young Man.’

Read More: When and Where Does When Calls the Heart Take Place?