Who Killed Detective Gray in Reacher? 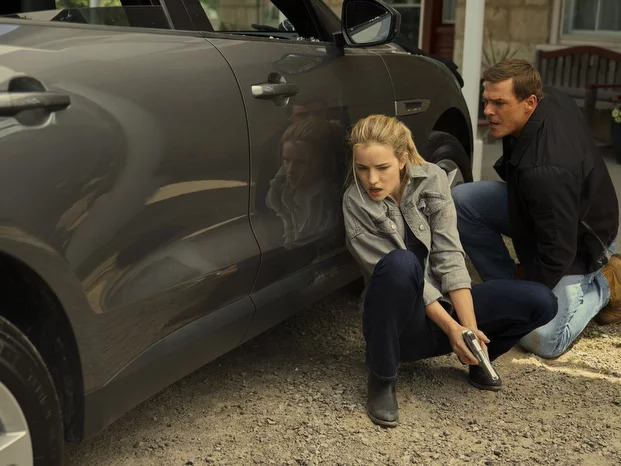 Detective Gray was a father figure in Roscoe Conklin’s (Willa Fitzgerald) life. She lost her parents when she was very young, and Gray was one of their closest friends. Afterward, he became Roscoe’s mentor and second father and taught her everything she knows. But she acknowledges that there was persisting darkness in Gray that eventually overwhelmed him. He never married and didn’t have any children. He suffered from severe bouts of depression. Roscoe and other residents of Margrave believe Gray committed suicide. However, later episodes of ‘Reacher’ season 1 reveal that Gray was murdered. If you want to know who killed Detective Gray, we got you covered. SPOILERS AHEAD.

While spending the night in a Motel with Reacher, Roscoe recalls her past. Her family has been in Margrave since the establishment of the town. After her parents’ death, Gray became a prominent part of her life, even more than he was before. He never let Roscoe feel the void that the deaths of her parents must have created inside her. He didn’t have his own wife and children. So, Roscoe effectively became his only family.

However, Gray had his share of problems. He drank, excessively according to all accounts, and as mentioned above, was severely depressed. About a year before the current events, he seemingly hanged himself from the rafters in his garage. Roscoe tells Reacher that Gray taught her everything she knows about being a police officer — from how to work a case to gather evidence to keep notes and files organized. Roscoe states that Gray was the most fastidious person she had ever known. Although he had only a horseshoe of hair, he visited the local barbershop every week. Later, it is revealed that he had an ulterior motive to do that.

The following day, Roscoe and Reacher discover that there was a break-in at the former’s home. This incident finally convinces Roscoe to give Reacher a gun. She brings Gray’s service pistol out and hands it over to Reacher. Later, they find a key inside a hidden compartment of the gun case and locate the corresponding box at Mosley’s barbershop. When they open the box, they find Gray had meticulously maintained files on the Kliners.

This discovery also leads Roscoe to the tragic deduction that Gray was murdered. She visits Jasper, the coroner, and asks him to pull up the files on Gray. They go over the injury that killed him and realize that it bears a mark of a diamond. Margrave’s mayor, Grover Teale, carries a cane that has a diamond on top. Roscoe subsequently rushes into the police station and confronts the mayor, punching him at least twice before she is pulled away.

In the climactic scene, as Reacher and Finlay take on KJ and Picard, respectively, Roscoe fights to have her revenge against Teale for murdering Gray. She manages to cuff him to a railing. Pointing her gun at him, she orders Teale to stop. However, he still tries to shoot her with his free hand and gets his head blown off. Towards the end of the first season, on Reacher’s advice, Roscoe seriously starts considering the idea of becoming the mayor of her town.