Who Killed Sheriff Whelan in The Unforgivable?

‘The Unforgivable,’ directed by Nora Fingscheidt, revolves around Ruth Slater (Sandra Bullock), a woman who seeks to reunite with her younger sister after spending twenty years in jail for a crime. The drama film is an adaptation of the British miniseries ‘Unforgiven’ written by Sally Wainwright. The story of Ruth’s struggles of adjusting to life under the judgemental eyes of society is thought-provoking. However, viewers will surely be wondering about the circumstances that forced Ruth to murder Sheriff Whelan leading to her incarceration. With misleading flashbacks, the film hides its biggest twist connected to Sheriff Whelan, and we are here to spill the beans on the matter! SPOILERS AHEAD!

In ‘The Unforgivable,’ Ruth Slater is released from prison on account of good behavior despite being imprisoned for murder. However, the outside world is harsh to her as they clearly are unaware of the circumstances that led her to commit the crime. While viewers feel some sympathy for the character after watching her struggle for a bit, we start to get an idea that Ruth perhaps doesn’t feel remorse for her actions. In time, her co-workers become aware that she killed a cop, and her criminal past begins to come to light.

Through flashbacks, we learn that Ruth and her five-year-old sister, Katie, lived together at their family house after the passing of both their parents. Ruth became Katie’s caretaker, and the sisters weren’t prepared for the intervention of social services and the police. Therefore, when the police, led by Sheriff Whelan, arrived to evict the girls from their home, things got heated. Ruth refused to let the police in and warned them that she would use a gun if they were to step inside the house. The muddled flashbacks culminate in an ominous gunshot and the death of Sheriff Whelan. However, we do not see Ruth actually shooting Sheriff Whelan.

The abrupt and inconclusive flashbacks combined with Ruth’s cold demeanor are plenty of evidence to deduce that we are not receiving the whole picture. The truth comes out much later during a heated exchange between Ruth and Liz Ingram (Viola Davis), the wife of Ruth’s lawyer. In a more concrete flashback, we receive the answers about Sheriff Whelan’s death. As it turns out, it wasn’t Ruth who shot Sheriff Whelan but Katie. The younger sister grabbed the shotgun while Ruth was preoccupied with speaking to the officials through the window. When Sheriff Whelan stepped into the house, Katie shot him and fell unconscious. Ruth took the blame for her sister’s actions and went to prison. 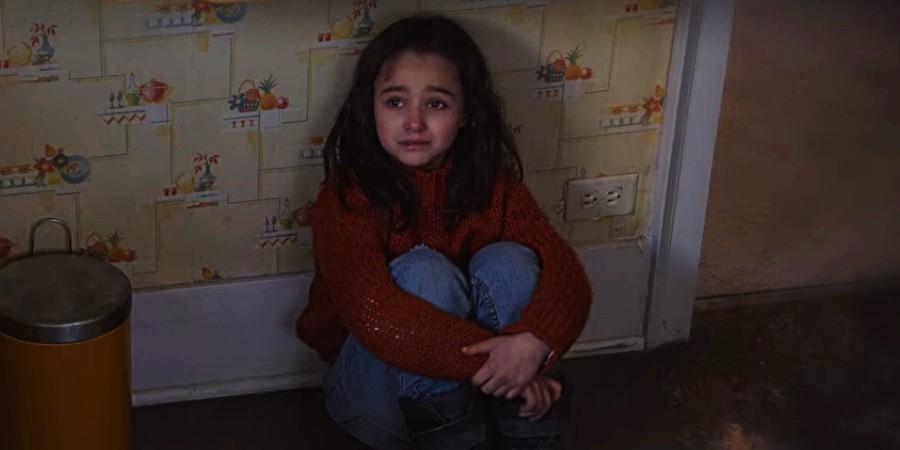 On the other hand, Katie has no memory of her actions or the time she spent with Ruth. Moreover, Steve, the son of Sheriff Whelan, seeks revenge against Ruth for his father’s death. Thus, the sisters’ reunion journey becomes all the more complicated and enthralling. Ruth’s actions to cover up her sister’s crime are understandable. However, Katie fatally shooting Sheriff Whelan defines the bond between the sister, albeit in a tragic fashion. Katie’s actions can also be interpreted as her attempt at protecting her bond with her sister and stopping their impending separation. However, her actions end up sealing their fate.

Read More: Where Was The Unforgivable Filmed?