Why Are Tom Cavanagh and Carlos Valdes Leaving The Flash? 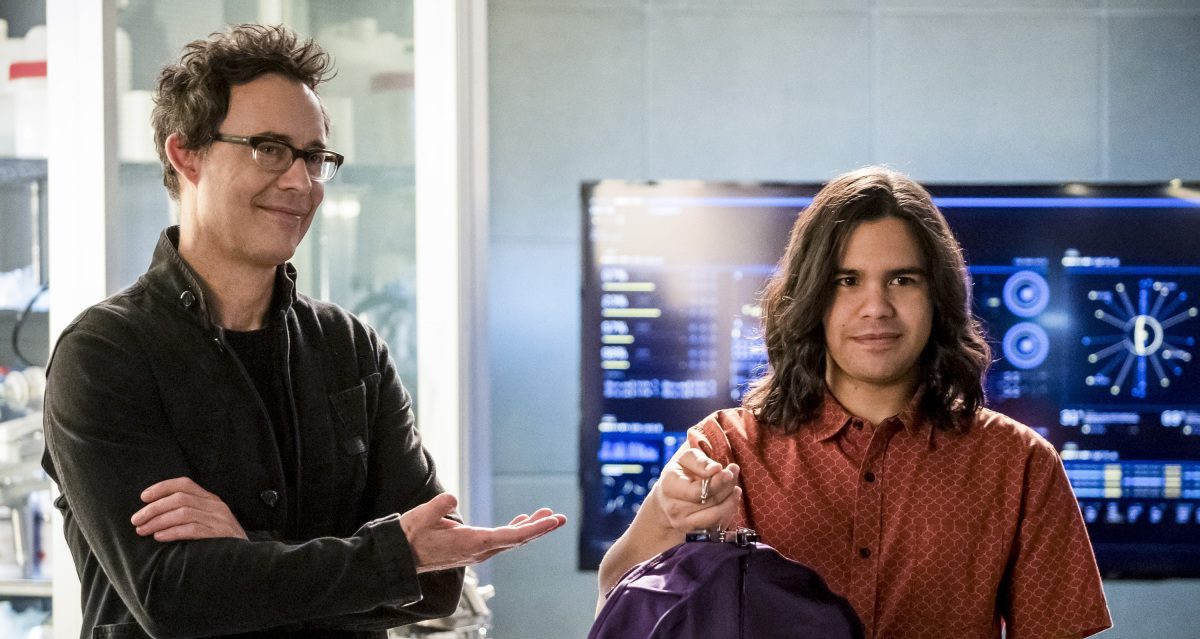 Based on the eponymous DC Comics character, ‘The Flash‘ is a superhero series that follows Barry Allen, a CSI who discovers he can run at an incredible superhuman speed after a freak accident and uses his newfound abilities to fight crime. He is aided in his heroics by Harrison Wells (Tom Cavanagh) and Cisco Ramon (Carlos Valdes). Both characters have become fan-favorites and taken on much more prominent roles over the course of the seven seasons of the series.

However, when fans tune in to the eighth season of ‘The Flash,’ both these charming presences will be missing as Cavanagh and Valdes are set to depart the series at the end of season 7. Here’s everything we know about the actors’ exit.

Why is Tom Cavanagh Leaving The Flash?

Tom Cavanagh’s Harrison Well is introduced as a mentor figure to Barry Allen in the show’s first season. He is later revealed to be an imposter as The Flash’s arch-enemy, The Reverse-Flash, is impersonating Wells. Since then, Cavanagh has gone on to play multiple different iterations of Wells made possible through the show’s use of the multiverse gimmick. Therefore, each time a version of Wells left the scene or perished, it didn’t spell the end of Cavanagh’s run on the hit show.

As fans might be aware, the latest iteration of the character, Nash Wells, sacrificed himself in the seventh season premiere to power the artificial speed force. Along with him, the consciousness of the other Wellses also ceased to exist. Cavanagh does appear in the following two episodes as a reincarnated version of the original Harrison Wells but hasn’t been seen since. He is set to reprise the role at least one more time before his exit in the ninth episode of the season titled ‘Timeless.’ Well, after seven long seasons, the time has come for the 57-year-old actor to bid farewell to an iconic role.

Showrunner Eric Wallace confirmed the actor’s departure. The move is particularly shocking since Wallace himself previously stated that Cavanagh’s character has an important role in the seventh season’s narrative. According to Deadline, Cavanagh planned to exit the series at the end of season 6, but those plans were pushed into season 7 as the previous season had to end abruptly due to the Covid-19 crisis. No specific reason behind the decision has been provided at the time being, but the actor likely feels that he has done all he could with the part and wishes to tackle new projects.

Why is Carlos Valdes Leaving The Flash?

Carlos Valdes’ Cisco Ramon has been the heart of the show since his debut in episode 19 of the second season. He is seen geeking out over tech, giving villains cool names, providing comic relief, and at times stepping into the action to help Team Flash. His importance to the team cannot be stressed enough, and therefore Cisco’s absence will be deeply felt by the characters and fans alike. However, fans have likely been prepared for Valdes’ departure from the series for some time now. It was previously rumored that the actor would be leaving at the end of the show’s fifth season.

Thankfully for fans, that did not come to pass, and Valdes returned for two more seasons. Now it seems like Valdes is set to leave the series in rearview. On the show, his character Cisco recently rediscovered his powers and has an ongoing romantic subplot that fans are plenty invested in. Hence, it will be interesting to see how his storyline is wrapped up. Unlike Cavanagh, whose series regular status ended after season 7 episode 3, Valdes is said to appear through to the season finale. That gives the writers plenty of time to craft a satisfying ending to Cisco’s story.

It is possible that the Colombian-American actor/singer chose to exit the series to pursue other exciting career opportunities and focus on his music. A statement released by showrunner Eric Wallace acknowledges the departure of Valdes and Cavanagh. It reads, “Tom and Carlos have been an integral part of our show for seven seasons, and will be greatly missed. Both are incredible talents who created beloved characters that fans and audiences around the world have come to love. Which is why we are happily keeping the door open for return appearances.”

Although both actors are leaving the series, there is hope for them to potentially return in the future. For now, fans can catch their final appearances on the show in the upcoming episodes. ‘The Flash’ has already been renewed for season 8, and most of the main cast members barring Valdes and Cavanagh, are expected to return.

Read More: Does Iris Die in The Flash Season 7?