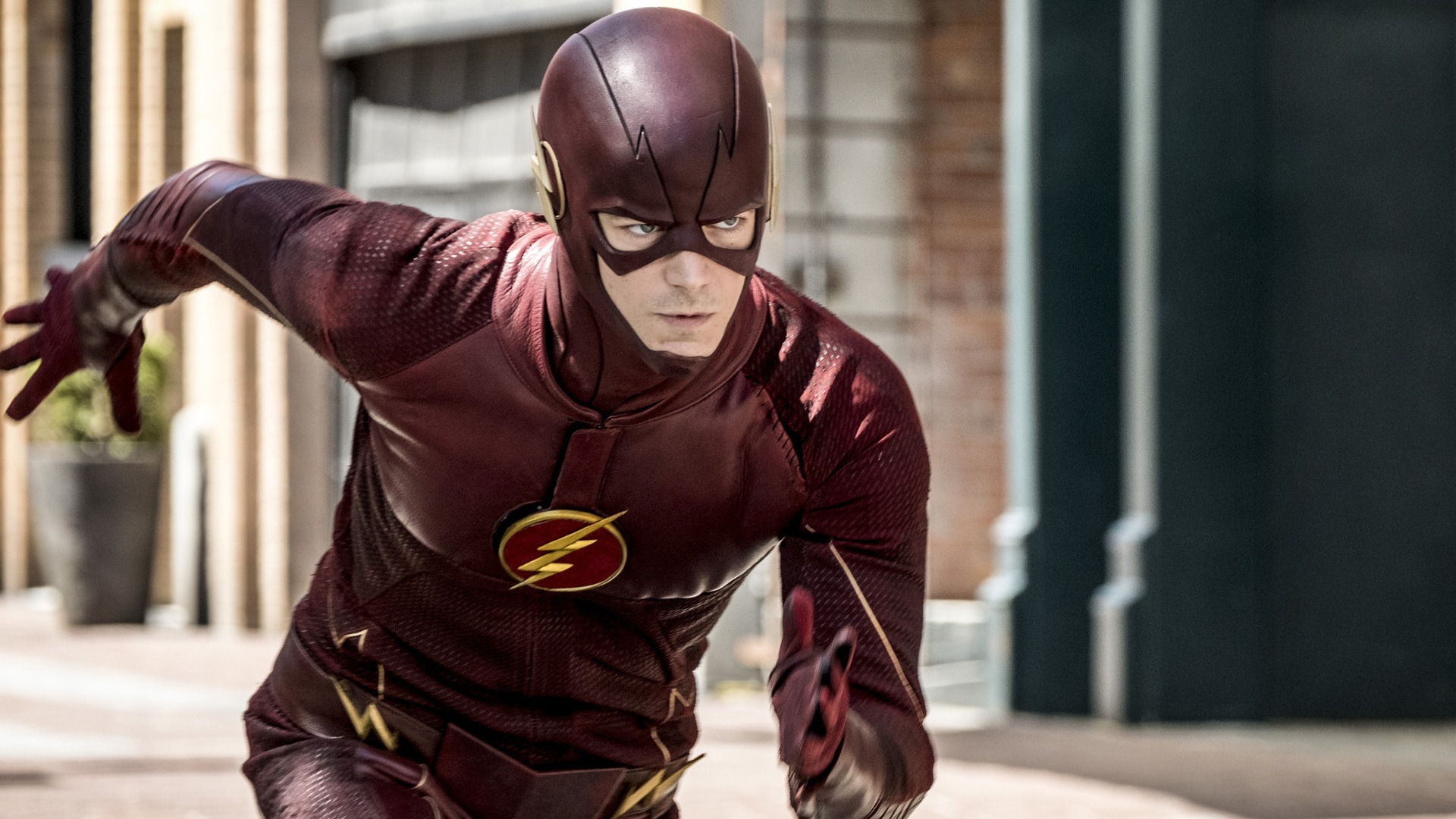 Long before Marvel and Netflix collaborated to produce television shows about some of the former’s comic book characters, CW and DC began a similar process. The group of shows, now together known as the ‘Arrowverse’, have enjoyed massive popularity over the years. Their frequent crossovers and constant references to each other have garnered them a steady following which only keeps growing as the years progress.

It can be said without a doubt that among all these shows of the Arrowverse, the one which has the largest fan following is ‘The Flash‘, other than the obvious ‘Arrow‘. There can be many reasons for it, but what comes to the mind first and foremost is the fact that ‘The Flash’ is a much popular character than Arrow or Supergirl or the heroes of ‘Legends of Tomorrow’. He is also one of the original members of the Justice League and has enjoyed massive popularity among comic book readers over the years.

The series ‘The Flash’ has found the perfect leading actor in Grant Gustin. He plays the role with such panache that one might think he was simply born for it. Though Ezra Miller plays the character on the big screen, Gustin has almost become synonymous with the CSI-turned-superhero Barry Allen. The supporting cast of the series are also amazing in their respective roles. From Danielle Panabaker to Candice Patton to Carlos Valdes- all the actors suit their roles perfectly and it will be a long time before another ‘Flash’ franchise makes the audiences forget about these actors in their respective roles. ‘The Flash’ continues to enjoy tremendous popularity among TV audiences. If you have enjoyed watching ‘The Flash’, here are some other shows you can check out. You can watch many of these shows like ‘The Flash’ on Netflix, Hulu or Amazon Prime. 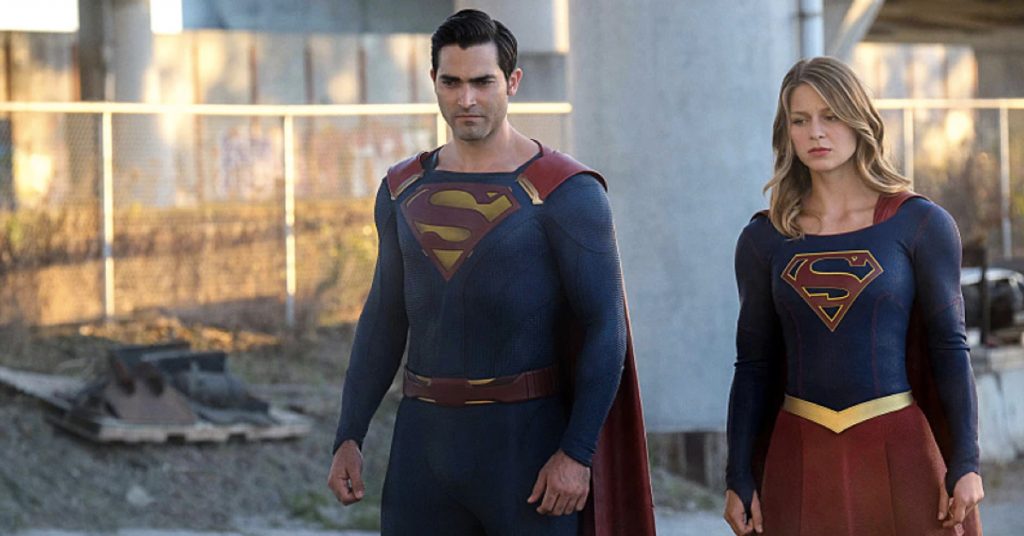 Supergirl is actually Superman’s cousin Kara Zor-El who goes by the name of Kara Danvers on Earth. Just like her cousin, Kara was also sent on a space pod to the Earth just before Krypton was about to be destroyed, and thus she ends up inside the Phantom Zone for 24 years before finally finding her way to the Earth. Thus, when we meet her in the series for the first time, Kara is 24 years old and slowly trying to understand and apply her powers in the real world. The city where Kara lives is National City, and she becomes its sole protector.

This concept of a hero protecting a single city is quite common in the DC Universe, where we see Batman in charge of Gotham, Superman in charge of Metropolis, and The Flash in charge of Central City. Kara often meets up with Arrow and Flash and takes their help in certain cases, along with her occasional crossovers with her cousin – The Superman. Melissa Benoist plays the central character perfectly and has already garnered tremendous appreciation from both the critics and the audiences for her performance in this series. 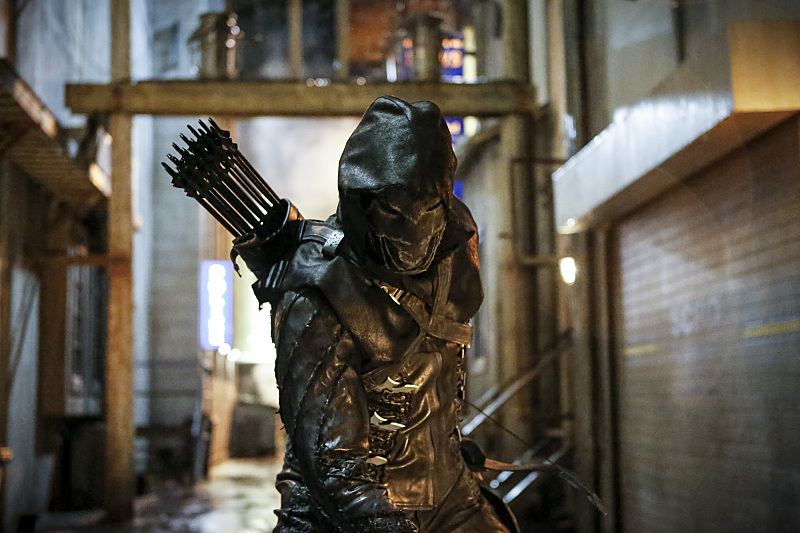 Arrow is the show from which this entire ‘Legends of Tomorrow’ saga started. This series kicked off the Arrowverse which ‘The Flash’ later became an integral part of. Even ‘The Flash’ was initially launched in this show before the character got a series of his own. The central character of ‘Arrow’ is Oliver Queen. The son of a billionaire, Oliver comes home in the first season after spending five years on a deserted island, having survived a shipwreck.

It was during his stay on the island that Oliver became acquainted with martial arts and archery, the crafts he has mastered to near-perfection. Oliver uses his powers to fight crimes and stand up for the rights of the poor against the hostile industrialists and developers of Starling City. On his quest, he is assisted by Felicity Smoak, his assistant and later love interest, and John Diggle. The series not only was able to firmly establish Arrow in popular culture, but also managed to be critically acclaimed at the same time. Some of the characters in this show are pretty well-written, and some storylines also have a socio-political undercurrent which becomes quite bold for a mainstream superhero series. 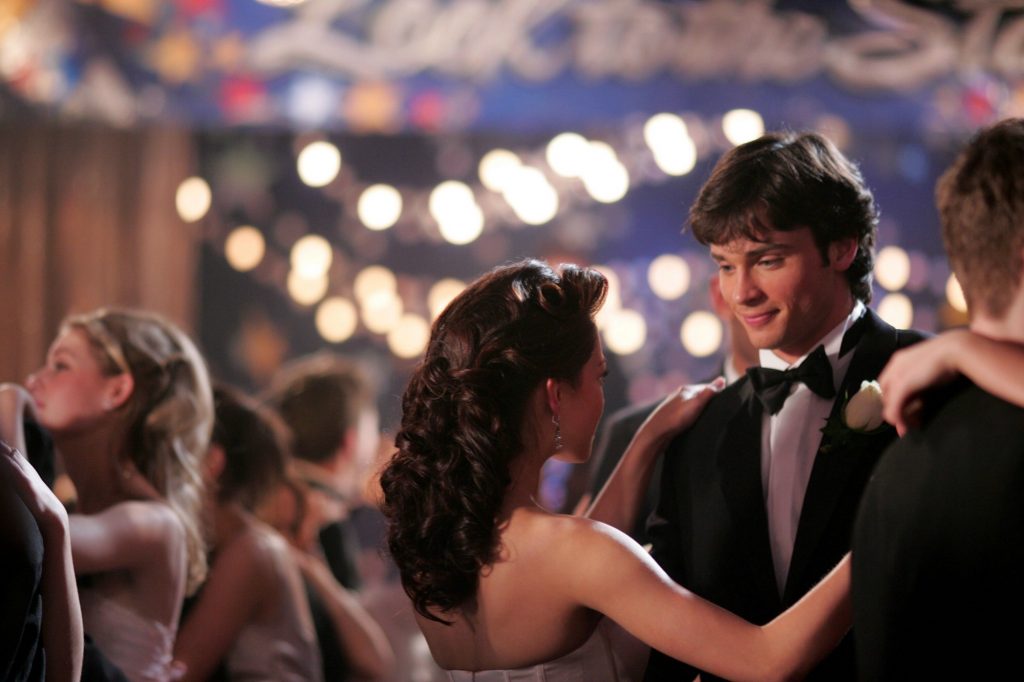 One of the most popular shows ever made on a DC character, ‘Smallville’ was able to capture the imagination of a large section of the audiences who helped the show run for 10 seasons straight. The story of ‘Smallville’ starts during the time when Clark Kent is slowly coming to terms with his powers and discovering himself as Superman. He also becomes sure that it would not be wise to tell any of his friends or family about his powers and decides to keep it a complete secret.

Most of the episodes have a plot device where a villainous character tries to harm Superman using weapons made of kryptonite, the only thing against which the Man of Steel has no power. ‘Smallville’ humanizes the character of Superman for its young adult audiences, instead of the regular cape-and-cowl sequences that we all know about. Tom Welling plays the central character brilliantly and introduces an element of fun in the Superman story with the help of his unique screen presence. 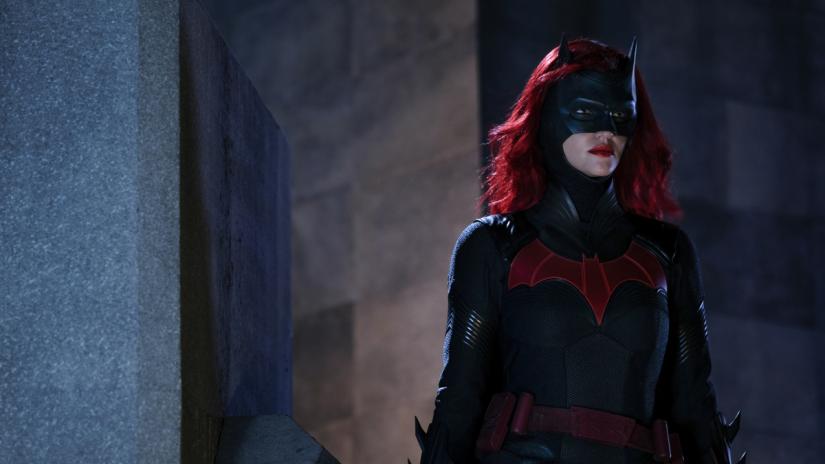 Batwoman is the female counterpart of Batman, a fierce street fighter who takes on the mantle of Gotham’s protector when Batman leaves the city. Her original name is Kate Kane, and she is actually the cousin of Batman, Bruce Wayne. Her main enemy turns out to be Beth “Alice” Kane, who is the leader of the Wonderland Gang and is also Kate’s sister. Alongside these two women, the series has a host of other supporting characters who are either for or against peace and order in the city of Gotham. The series is fun, it is stylish in its making and execution, and is also progressive in its own way. Kate Kane is an open lesbian who is making a bold statement on mainstream television by being the first female superhero to talk about her homosexuality onscreen. You don’t want to miss this one. 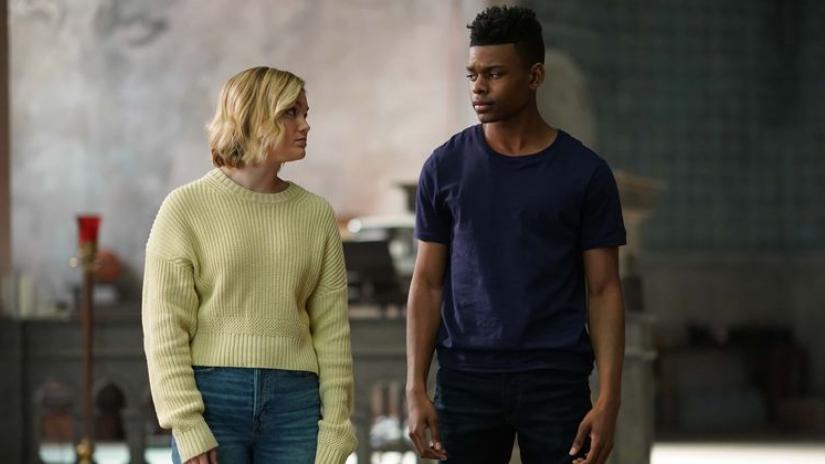 Set in the Marvel Cinematic Universe, ‘Cloak And Dagger‘ is the story of two kids who gain supernatural powers by the sheer luck that they were near an oil rig when it collapsed. The way they gain their powers is pretty similar to that of Barry Allen. He too was minding his own business when the particle accelerator of S.T.A.R. Labs exploded and gave him his powers. ‘Cloak And Dagger’ is centered around the teenagers Tandy Bowen and Tyrone Johnson who realize that their powers are much more effective when they work together as a team. Thus begins their quest to fight drug cartels and other criminal organizations which have made the lives of the common folks miserable. The best part about this series is that the makers were able to take some independence with the material because the duo was not that popular before the series came out. The concepts of power, corruption, and social classes also find a voice in this series. 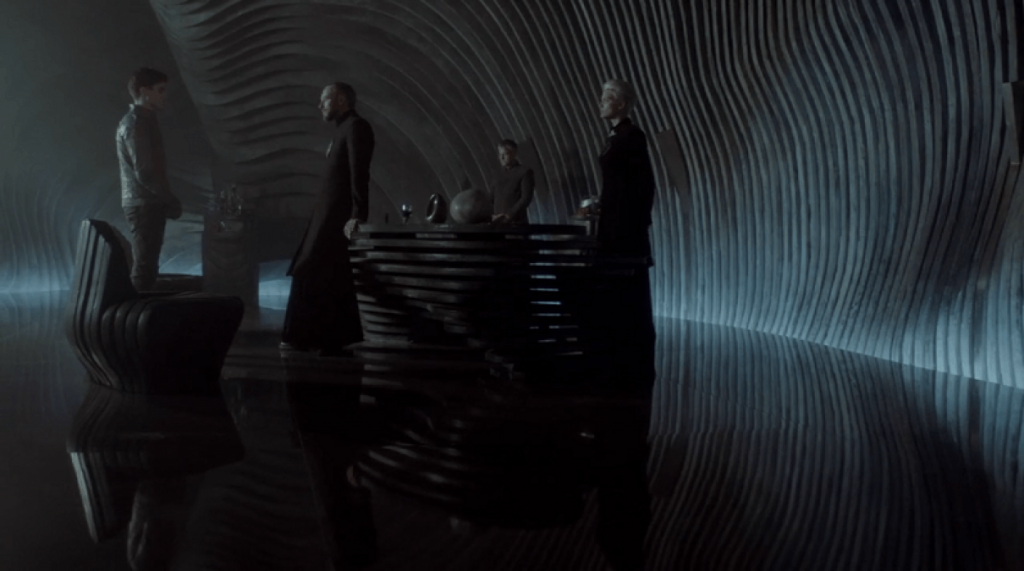 If you are a fan of Superman and are interested in delving down the family history of the Man of Steel, this is a show which might trigger your interests. ‘Krypton‘ deals with the House of El’s history long before Superman was born. It starts off with the story of Kal-El’s grandfather Seg-El, who has to save the planet of Krypton from an incoming enemy attack to help bring honor back to the family after it was ostracized by the other powerful families of the planet. Seg’s grandfather had proclaimed that the planet is under threat a long time back. However, nobody listened to him and disgraced his family for spreading false information. Being set on a different planet, the sets and costumes of the show always had to be pretty eccentric. However, this eccentricity is rendered null and void unless backed up by a superior storyline. This is exactly what happens with ‘Krypton’. A must watch for all the Man of Steel fans out there. 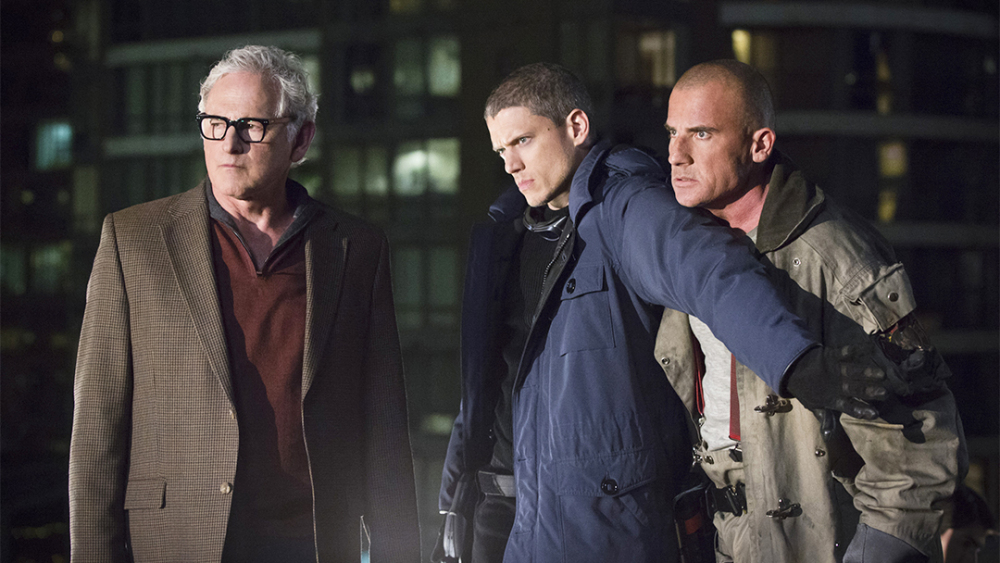 One of the most interesting superhero shows of all time, considering the ensemble cast, ‘Legends Of Tomorrow‘ is also an integral part of the Arrowverse. The story of this series is set in the Arrowverse as well. Here, the Time Masters are powerful entities whose only job is to protect the timeline in any way possible, and to not allow anyone else to mismanage the time zone. One such Time Master, Rip Hunter, swears to take revenge after his family is murdered by his arch nemesis Vandal Savage. For this purpose, he gathers a team of superheroes who go on to be named the Legends Of Tomorrow. The series is self-referential, irreverent with its humor, and has some brilliant characters. If there is one series from the Arrowverse which can clearly be called one of the best, it is, without a doubt, ‘Legends Of Tomorrow’.