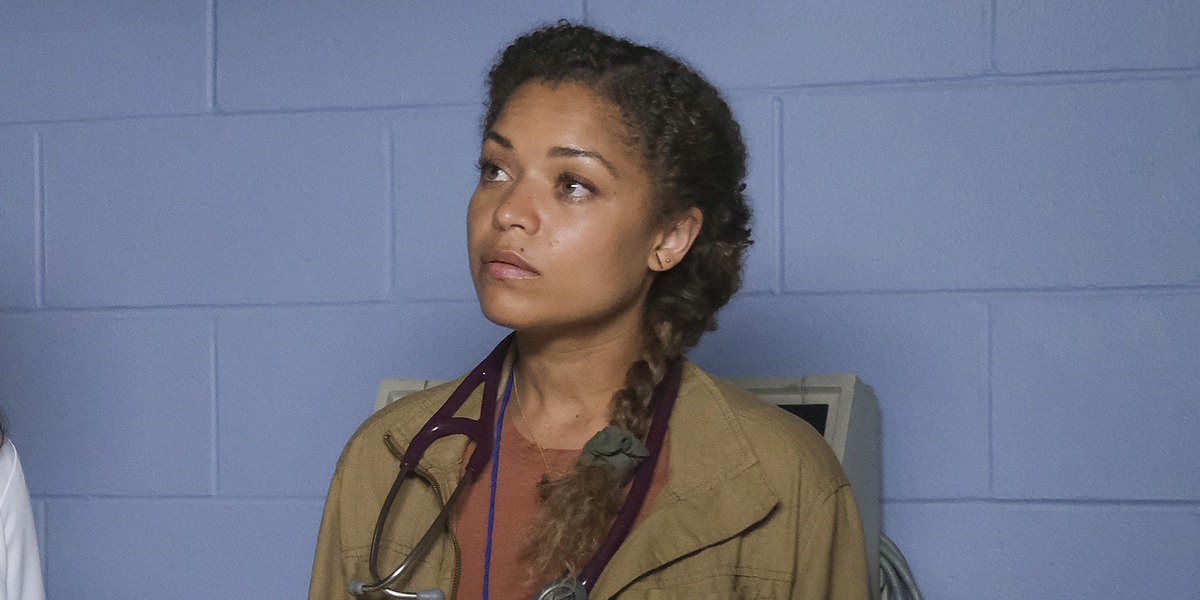 ‘The Good Doctor’ on ABC enjoys a massive fan following and is one of the highest-rated shows on the network. On June 7, 2021, season 4 of the medical drama came to an end on a bittersweet note. Shaun and Lea get engaged, and Dr. Lim and Dr. Mateo make an important decision. The staff of San Jose St. Bonaventure Hospital gets ready to return to California after their stint in Guatemala, sans a member of their team, Dr. Claire Browne.

Antonia Thomas, who portrays Claire, has been a part of the series from the first season. Claire became a fan-favorite as she is one of the first people to warm up to Shaun, and eventually, the two become very close friends. In the season 4 finale, Claire accepts a job in Guatemala, which means that we will not see Thomas around much. Naturally, the fans want to know why Thomas has been written off the series. What we know will satisfy your curiosity!

Why Did Antonia Thomas Leave The Good Doctor?

On June 7, 2021, Antonia Thomas revealed to Deadline the reason she chose to exit the show. She said, “I think, ultimately, for me, it’s about coming to the point where I think we’ve really run the gamut of different things that Claire can have gone through, and I’m now really excited to explore different creative opportunities. For me, as an actress, having versatility and creativity has been something that’s been really, really important.” She also added, “I am just now ready to try something new, ultimately.”

Thomas also stated that the cast and crew were very supportive of her decision. The actress had started a conversation with David Shore regarding her exit after season 3 ended. She suggested to the series creator that she would like Claire’s chapter to come to a close in season 4. Thomas said, “He was very wonderful and gracious and helpful. We talked through how we might be able to do that and came to the decision that it was the right thing.” The actress also drew parallels between the journey of her character and her departure from the production. Even though taking a leap in a new direction is scary, she admitted that it is “an exciting move.”

As far as new creative opportunities are concerned, Thomas seems to have quite a lot laid out in front of her. She admitted that she wanted to flex her skills behind the camera. For those who do not know, Thomas considers writing a “bigger passion” of hers than acting. She has written the 2020 short film ‘Freedoms Name Is Mighty Sweet’ along with Chuku Modu (Dr. Jared Kalu), both of whom also star in the film. Thomas shared that they have more ideas in mind. There is another project that she is developing and producing but did not divulge the details. With regard to acting opportunities, Thomas claimed to have a few exciting offers on the table and looked forward to taking up different roles.

Anyone else missing @AntoniaLThomas already? 🥺 If you need your #TheGoodDoctor fix, you can stream the latest episodes now on @Hulu!
(📷: @AntoniaLThomas) pic.twitter.com/8Euy1jSAFS

While both Thomas and Claire are off on a new adventure, the fans are left wondering what it would mean for Shaun. Claire has been there for him right from the beginning, and he looks to her for advice, be it in his personal life or the professional sphere. While Shaun is taking essential steps in his life more independently than ever, it does not mean that his dear friend Claire might not check up on him. In her conversation with Deadline, Thomas confirmed the same. The actress and up-and-coming screenwriter said, “It has not been an easy decision for me to leave, so I absolutely would love to come back every now and then and say hi, bring Claire’s skills from Guatemala and her stories. I’m very much looking forward to that.” So, even though we might not see Claire regularly, she will continue to be an essential fiber of the medical team of St. Bonaventure.

Read More: The Good Doctor Season 5: Everything We Know