Why Did Danielle Colby Leave American Pickers? Where Is She Now?

An interesting show tailor-made for antique and history lovers, ‘American Pickers‘ follows Mike Wolfe and Frank Fritz as they tour across the US in their hunt for rare and hidden antiquities. There are uncountable antiques that are left abandoned but would fetch a pretty price if restored. Thus, the team is on a mission to recover beautiful pieces of history while digging through the most unusual places.

Apart from Mike and Frank, the show also features the brilliant Danielle Colby. Also known as the Queen of Rust, Danielle has immense expertise in antiquities and maintains Mike’s business, Antique Archaeology. With Danielle being an integral part of the business and the show, fans were alarmed when speculations about her departure started doing the rounds. Let’s dig deep and find out if the assumptions are valid, shall we?

According to sources, Danielle and Mike go way back, and it was the latter who brought Danielle onto the show and gave her the position she holds. Thus, even though Danielle has often revealed her desire to do something else, she has stuck to ‘American Pickers’ out of respect for their friendship. Additionally, Danielle plays a pivotal role in the show’s success as she is the balancing force that keeps the business as well as the antique hunting duo in check. 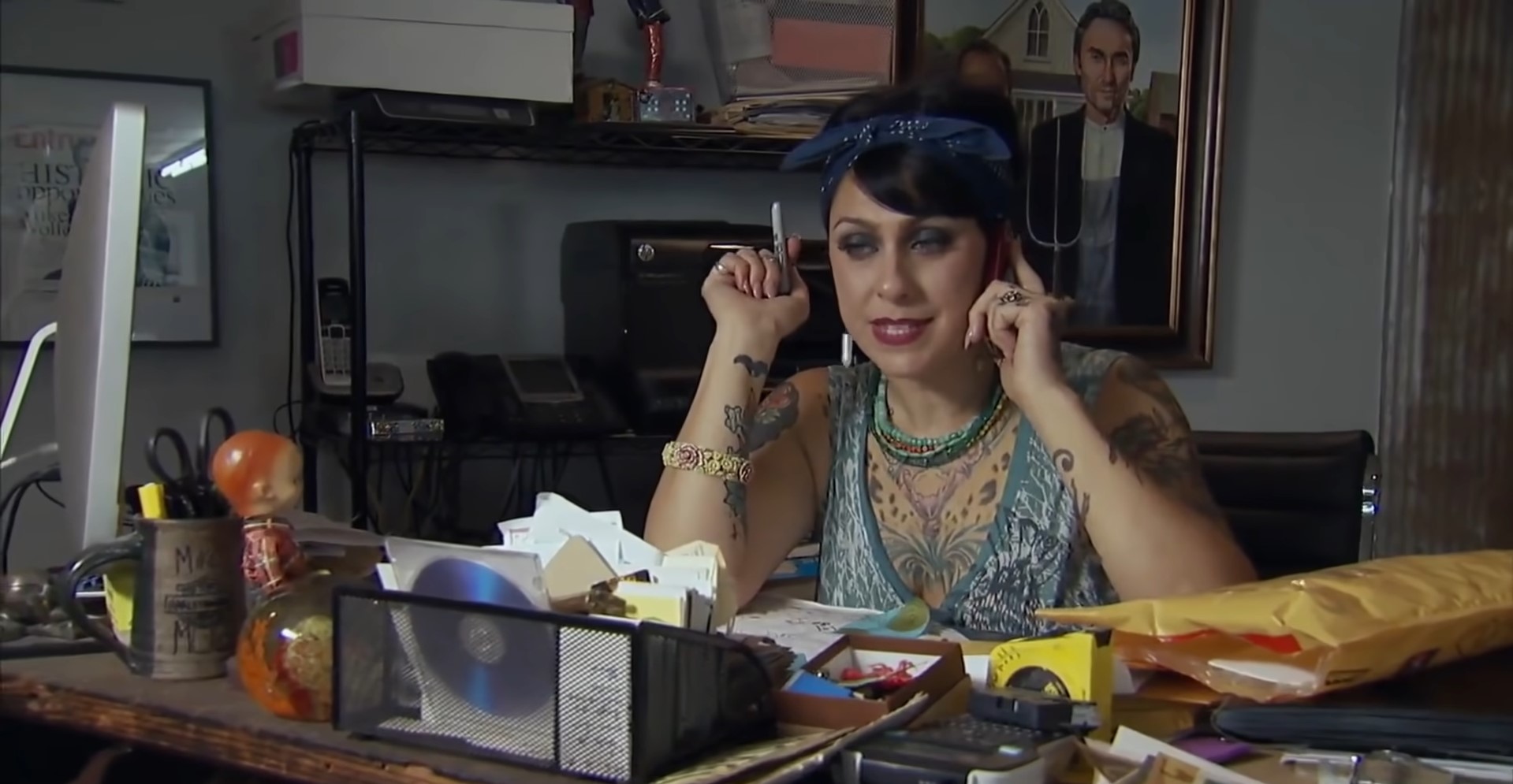 However, ‘American Pickers’ has been going through trying times since production was stopped due to the Covid-19 lockdown. The show kept running reruns of previous episodes, and fans were hit by the devastating news of Frank Fritz leaving for good. Sources claim that Frank had a fallout with Mike and the two were not on speaking terms for quite some time. Additionally, he has also been living with sobriety as well as health problems which further hindered his work.

Revealing her thoughts on Frank’s departure, Danielle spoke out in favor of Mike and said, ” I wish things could have been different but we must be accountable for our actions when we cause instability or pain and suffering to others. Frank caused so much pain for himself that it has been hard to watch.” She even hoped Frank would get the help he needed and reassured Mike that she was looking forward to more antique hunting with him.

A post shared by Danielle Colby “Queen Of Rust” (@daniellecolbyamericanpicker)

Although there have been numerous speculations about Danielle leaving the show, recent developments seem to hint otherwise. For starters, there has been no official announcement from Danielle or the network about her departure. Besides, in an Instagram post, Danielle mentioned that she was looking forward to working with Mike Wolfe in the years to come. Additionally, Her Instagram posts from August 2021 also make it seem like she is currently filming for the show. One should also note that her handles on social media still contain the “American Picker” tag, confirming her association with ‘American Pickers.’

Where Is Danielle Colby Now?

A post shared by Danielle Colby “Queen Of Rust” (@daniellecolbyamericanpicker)

According to sources, Danielle is now in Puerto Rico, where she has been advocating against human trafficking and helping raise awareness about the same. She also offers a helping hand in rebuilding the island and focuses a lot of her attention on orphanages and animal shelters in the country. Additionally, with Danielle being an avid dancer and a collector of antique dresses, she is indulging in her hobbies and enjoying herself while in Puerto Rico. Thus, at present, it seems like Danielle has taken a break from her Antique Archaeology duties, but evidence hints at her being back to grace our TV screens again.