Why Did Grieff Kill His Wife in Inside Man? Where Is Her Head? Theories

‘Inside Man‘ is a BBC crime-drama TV mini-series directed by Paul McGuigan and written by Steven Moffat, who has worked on notable shows such as ‘Sherlock’ and ‘Doctor Who.’ The story centers on Jefferson Grieff (Stanley Tucci), a death row inmate in the US, trying to find Janice Fife, a missing woman trapped in a vicarage in the UK, with a journalist’s help.

Grieff is a particularly enigmatic character who seems to have a lot of insight into morality. An ex-professor of criminology, he awaits his death sentence for murdering his wife. While people know that he strangulated his wife and decapitated her, nobody knows why he did so and where he hid her head. If you are looking for answers about Grieff’s motives and the whereabouts of his wife’s head in ‘Inside Man,’ here is everything you need to know! SPOILERS AHEAD!

Why Did Grieff Kill His Wife? Where Did He Hide Her Head?

Jefferson Grieff might have killed his wife due to a scenario orchestrated by her father, a criminal. To exact revenge on him, Grieff might have hidden her head in one of Gordon’s estates so that he doesn’t get the privilege of burying his daughter whole. Right from the first scene, the narrative emphasizes Grieff’s exceptional detection skills and morally ambiguous nature. Over the course of four episodes, the inmate solves three major cases and has a few interactions. All these are clues to Jefferson’s personality, distraction techniques, and ability to get a job done. 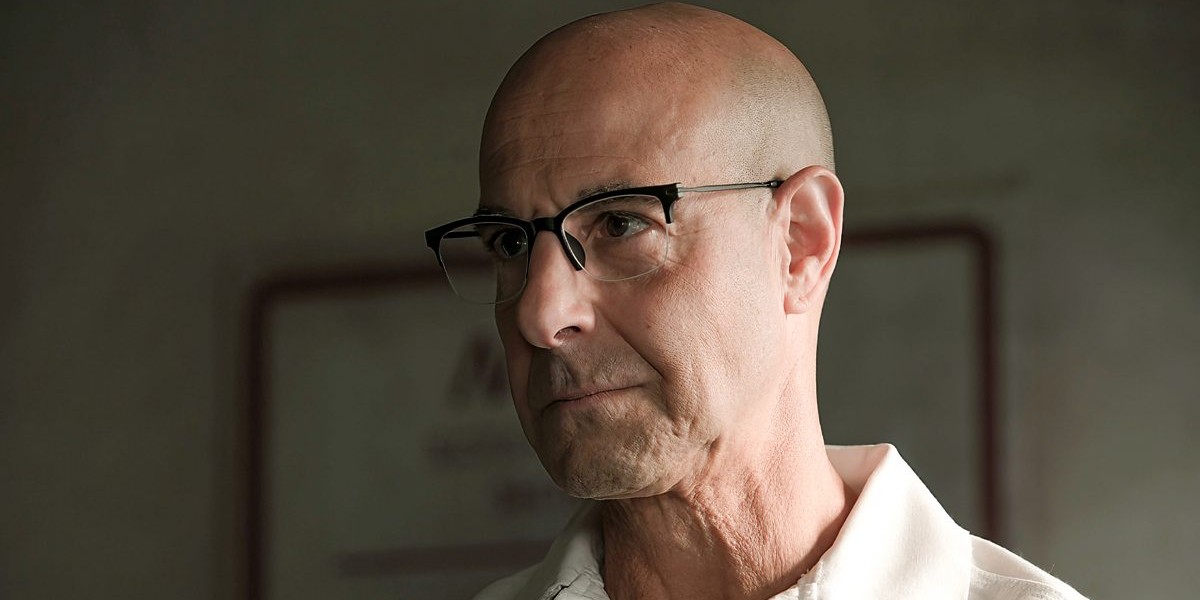 In Senator Kreiner’s case of $253.55, Grieff shows that he can think from multiple perspectives. While this is obvious, what’s truly fascinating is his ability to get into the minds of two people who he never met and theorize what went down between them. Another interesting aspect of this case is how he connects the information between Kreiner’s 3-decade-old rape allegations and his current problem. It indicates that the man knows how to do a background check on a person and can practically find out their most personal details.

We see this quality when Grieff solves the second case of the missing husband as well. Jefferson deduces where the man went after his speech through a simple video. But besides being good at connecting dots, the case also sheds light on how well connected Grieff is to the outside world. With the help of a garage mechanic, he is able to work on the case along with Janice’s. The way he finds Janice truly shows what Grieff stands for.

After figuring out that Janice might not be at her home and is most likely at the vicar’s place, he uses his one shot at delaying his execution to save Janice. When Jefferson gives Gordon the vicar’s home address, his men reach there just in time to save Beth and Janice. This raises a few questions. Why does Jefferson give his lifeline away to Janice? Why does he choose to make use of his father-in-law, Gordon? After all, he is well-connected and could have used Morag or someone like Morag’s help. 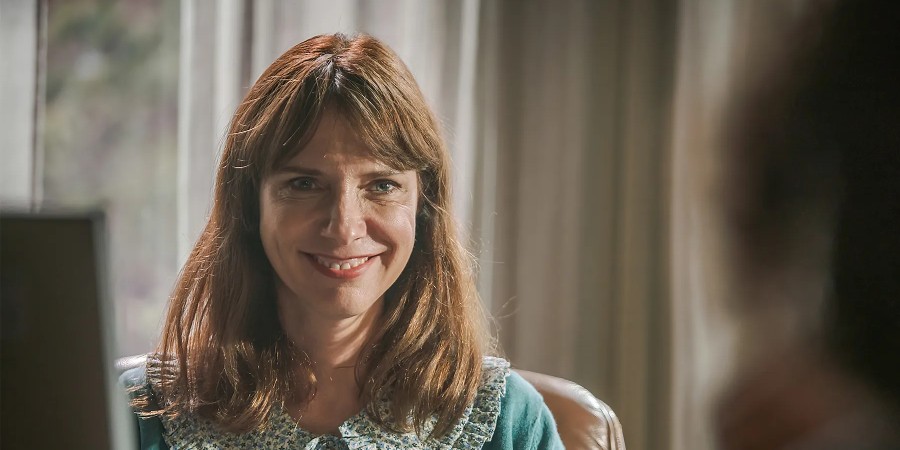 The answer to these questions potentially lies in Grieff’s encounter with Gordon. It also gives us a final clue about Grieff’s motive behind murdering his wife and the location of her decapitated head. When Gordon and Jefferson meet, the two share contempt for each other. While the former is pretty aggressive, the latter is passive and provocative. Grieff even goes on to call Gordon a criminal, which is unusual, given his non-judgmental persona and outlook toward crime.

Moreover, throughout the series, Grieff loathes himself and thinks there’s nothing better for him to do than die. However, when he meets Gordon, there’s a switch in his personality. Grieff turns angry, but there’s an eerie composure to his persona. Although the man doesn’t move much, the subtle curve on his lips shows something is brewing in his mind. Jefferson provokes and teases Gordon about his daughter’s death and gets bashed.

We have a theory that possibly explains everything and closes almost all the loops, starting with Jefferson’s wife’s murder. Jefferson would have intentionally or unintentionally found out about one of Gordon’s crimes and was about to expose him. However, before he could do so, Gordon got a whiff of his son-in-law’s intentions. So he orchestrated a situation where Jefferson is portrayed in the wrong light in front of his wife. The latter would have misunderstood the former, and her immediate reaction would have been to go to her powerful and influential father. This is assuming that Jefferson’s wife didn’t know about her father’s crimes.

If she had gone to her father, the latter would completely brainwash her, and whatever chance Grieff had of proving his innocence would have been lost. This would have led to a scenario where both of them were tense, and neither could trust the other. One thing would have led to another, and Jefferson Grieff would end up murdering his wife through strangulation. But why decapitate her and hide her head? He knew what Gordon had done and would have wanted to get back at him. After all, even Gordon wouldn’t have expected things to escalate to this point. So, he cut off her head and hid it so that Gordon could never bury his daughter whole. 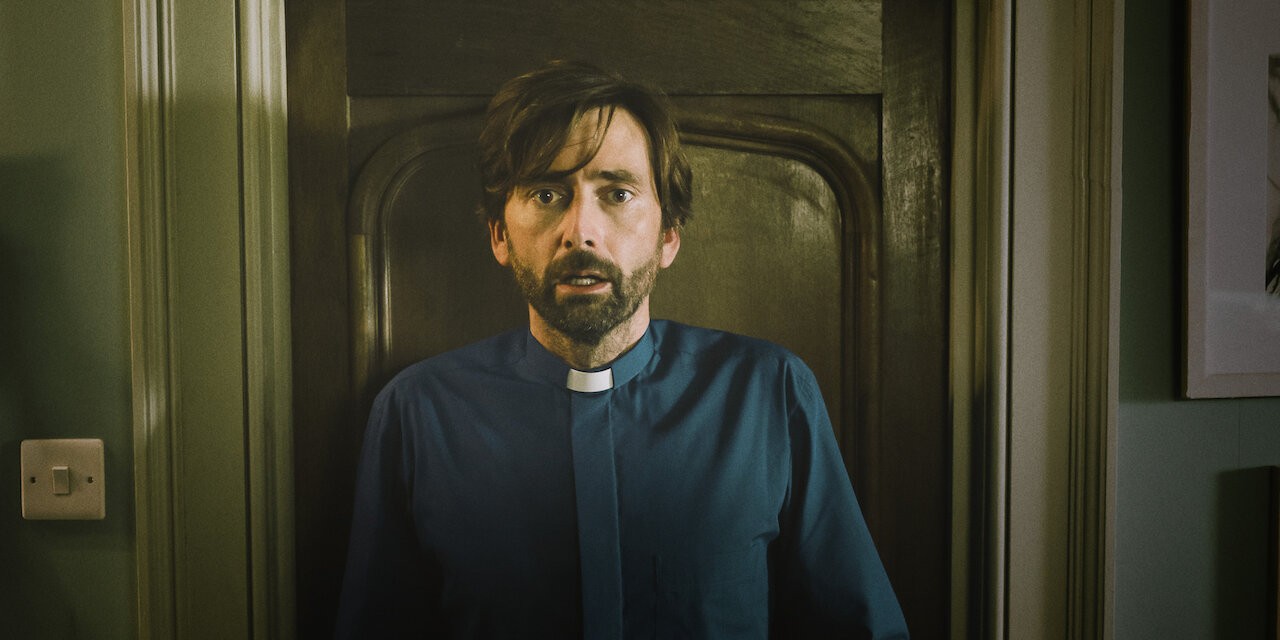 In the end, when Jefferson talks to Harry after saving Janice, he mentions how they are similar. In fact, Grieff goes on to share the possibility that he might share the story of his wife’s murder with Harry. After all, Harry has a better chance of understanding Grieff than anyone else. These statements show that Jefferson relates to Harry’s situation, which makes our theory plausible.

If you look closely, there are similarities between our theory and Harry’s actions. For instance, while Edgar gives the flash drive to Harry, Gordon might have framed Jefferson. On the one hand, Janice misunderstands the vicar, and on the other hand, Grieff’s wife might have misunderstood him. In both cases, the two men were a victim of their circumstances.

While the theory answers why Jefferson killed his wife, two more essential questions remain. Why Jefferson chooses Gordon, and where did he hide his daughter’s head? Well, the answer to the latter might be relatively simple. Grieff is pretty provocative as a person, and he knows how to divert people to fulfill his needs. So, there’s a good chance that he hid her wife’s head either in Gordon’s backyard or a place tied to Gordon’s crime.

The reason why Grieff chooses Gordon is even more obvious. The former never plans on extending his execution date. He simply wants to get back at his father-in-law and give him false hope for the sake of it. So, with one stone Jefferson takes down two birds. He is able to save Janice while also provoking his father-in-law, the man who potentially ruined Grieff’s life.

Read More: Where is Netflix’s Inside Man Filmed?