Why Did Matt Simmons Leave Criminal Minds? Where is Daniel Henney Now?

Portrayed by Daniel Henney, Matthew “Matt” Simmons is one of the main characters in ‘Criminal Minds.’ Simmons was first introduced in the ‘Criminal Minds’ universe in the episode ‘Beyond Borders’ (season 10 episode 19), the backdoor pilot for the short-lived spin-off ‘Criminal Minds: Beyond Borders’ (2016-2017). Simmons became part of the main cast of characters of the original series in the season 13 premiere, ‘Wheels Up.’ In universe, Simmons, a Supervisory Special Agent, joins the Behavioral Analysis Unit (BAU) following the disbandment of the International Response Team (IRT).

Simmons belongs to an interracial family, with his late mother hailing from Korea and his father being white. Simmons is the proverbial powerhouse of the team — strong, sturdy, and reliable. And yet he is missing in the revival series, ‘Criminal Minds: Evolution.’ If you are wondering about the reasons behind it, here is what we know. SPOILERS AHEAD.

According to Henney, certain aspects of Simmons as a character makes him unique in American television and a great example of Asian-American representation. “This is the character that’s been built for the American public to fall in love with,” the actor told August Man. “He’s the muscle of the show, the ex-soldier, the family man (which has traditionally been played by Caucasian actors). I think it says a lot for CBS and my team to give this role to me. You’ve never seen an Asian-American or Asian man playing this role. That’s why I took the role. I want to prove that an Asian man can be that person in people’s eyes.”

As Henney mentions, Simmons is a family man through and through. He and his wife Kristy have children: two sons, twin daughters, and another daughter. The fifth child is born in the 15th season of ‘Criminal Minds.’ Simmons and his colleague Luke Alvez are captured and kept as hostages by a biker gang in ‘Ghost’ (season 15 episode 5), though the FBI agents eventually manage to take control of the situation. 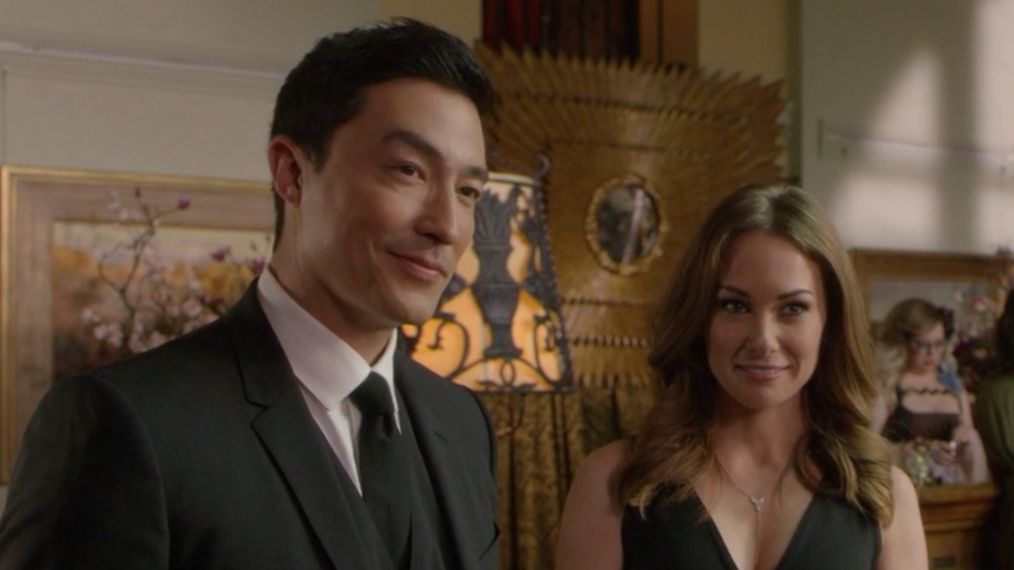 Simmons and Spencer Reid (Matthew Gray Gubler) are mentioned in the series premiere of ‘Criminal Minds: Evolution.’ When Emily Prentiss talks about how understaffed BAU is, she mentions Simmons and Reid. The deputy director of the FBI reveals that they are on special assignments, adding that those two men will return to the BAU if and when they want. This is basically the same thing that showrunner Erica Messer said about the prospect of Henney and Gubler returning to the show.

“Dr. Reid’s and I believe Matt Simmons’ desks are still there, still have stuff on it…,” Messer told TV Line at the Television Critics Association press tour panel for the series. “Like, if any of you went back [to the office after the pandemic], you still have stuff on your desk that was there for two years. So we’re definitely playing that. But [Spencer and Matt] are not gone gone.”

Messer elaborated, “Our hope is that the team members we ended the series with on CBS will be able to come back and play at some point, but everybody does have other projects. We started shooting in August and we’re going to be wrapped in December… so there was a short window to try to get all of our friends to play.”

Where is Daniel Henney Now?

Since the conclusion of ’Criminal Minds,’ Hanney has appeared as Lan Mandragoran in Amazon Prime Video’s ‘The Wheel of Time,’ the fantasy TV series based on books written by Robert Jordan. Henney plays another FBI agent, this one’s name is Jack, in the South Korean film ‘Confidential Assignment 2: International.’ Henney is quite active on social media, but he doesn’t seem to have any statement about the revival series.