Why Did Max and Helen Break Up in New Amsterdam? Theories 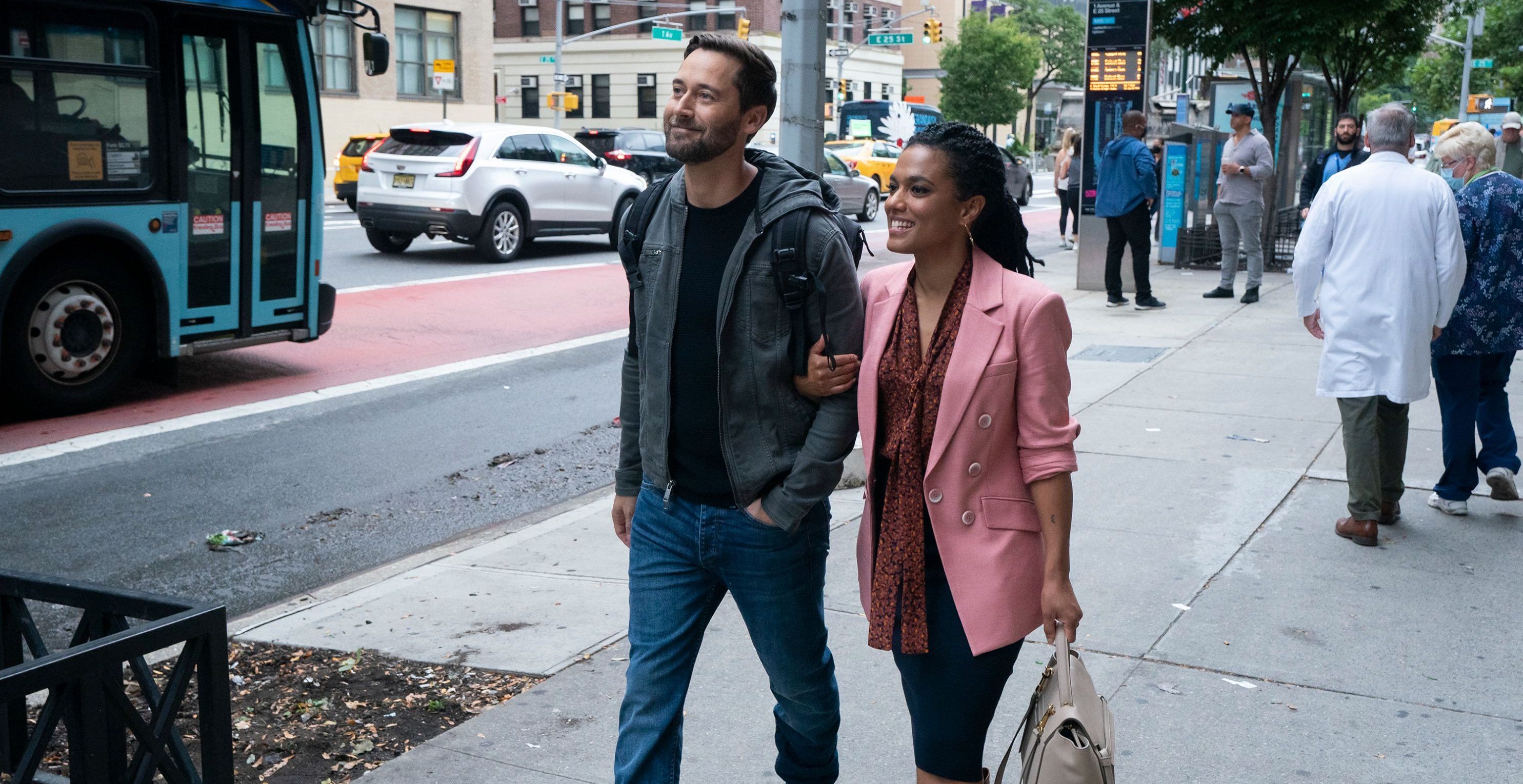 Dr. Max Goodwin and Dr. Helen Sharpe’s heartwarming relationship is one of the driving forces of NBC’s medical series ‘New Amsterdam.’ When Helen decides to move to London, Max even puts an end to his career in New Amsterdam to accompany his partner. Helen and Max support each other immensely when both of them go through a rough patch of life or they face any difficult challenges. Upon realizing the importance of the other’s place in their lives, they decide to officially marry, only for Helen to stand Max up at the altar. As their endearing relationship meets a dead end, the admirers of “Sharpwin” must be trying to make sense of their break-up. Well, let us share our thoughts regarding the same! SPOILERS AHEAD.

Why Did Max and Helen Break Up?

After standing Max up at the altar, Helen tries to explain herself and apologize to him through a letter. In the letter, Helen makes it clear that even she doesn’t know why she had to separate from him. All Helen can offer to Max is the truth that the reason behind their break-up is inexplicable. Helen knows the necessity of it and she is even courageous to follow her heart and break up with a person who means a lot to her. But one thing she cannot do is align words to explain the impulses behind the same.

Throughout Max and Helen’s relationship, the couple faces several challenges. Helen’s desire to stay in London permanently has to be the significant one. Helen knows that Max’s life is in New York even though he doesn’t think twice about moving to London with her. Seeing him changing the entire foundations of his life must have added unbearable pressure to Helen, especially when Max is taking Luna with him to London from the place where the baby girl’s mother lived and died. Helen must have wanted Max to stay in New York and live his life and the couple’s separation can be the cost for the same to happen.

In addition, Helen may have wanted to live a life that’s built by herself. Max’s contribution to the same can be an unnecessary debt for Helen. All her life, Helen has allowed others to control her one way or another, especially her mother. As she relocates to London, Helen may want to break that pattern to be independent, even if that means separating herself from Max’s presence and support. All these reasons and factors must have accumulated to hold Helen back from committing to Max through a marriage, which also paves the way for their break-up.

Even though Helen doesn’t give an explicit reason, for now, we may get to know it in one of the upcoming episodes of the fifth season. “It is not totally clear why she [Helen] left from that letter, and I think that’s perhaps something we’re going to get into later,” Ryan Eggold, who plays Max, told TVLine. As Eggold indicated, Helen may collect her thoughts and try to make sense of it so that she can clearly articulate why she had to part ways with Max. Until then, Max most likely will try to not get stuck in the past. His growing companionship with Dr. Elizabeth Wilder may further help him deal with the void Helen leaves behind in his life.

Since Freema Agyeman, who plays Helen, left the show after the fourth season, the writers of the medical drama might have realized that Max and Helen’s break up is a necessity. The couple’s separation also enables them to consider creating a romantic storyline that involves Max and Wilder. Before the show concludes with the fifth season finale, we can hope that we will get to know Helen’s reason behind her and Max’s break-up and whether Max will get together with Wilder or reunite with Helen if there’s any chance left for the couple to get back together.

Read More: Who Plays Dr. Elizabeth Wilder in New Amsterdam? Is She Deaf in Real Life?