Why Does Ben Call Devi David in Never Have I Ever? 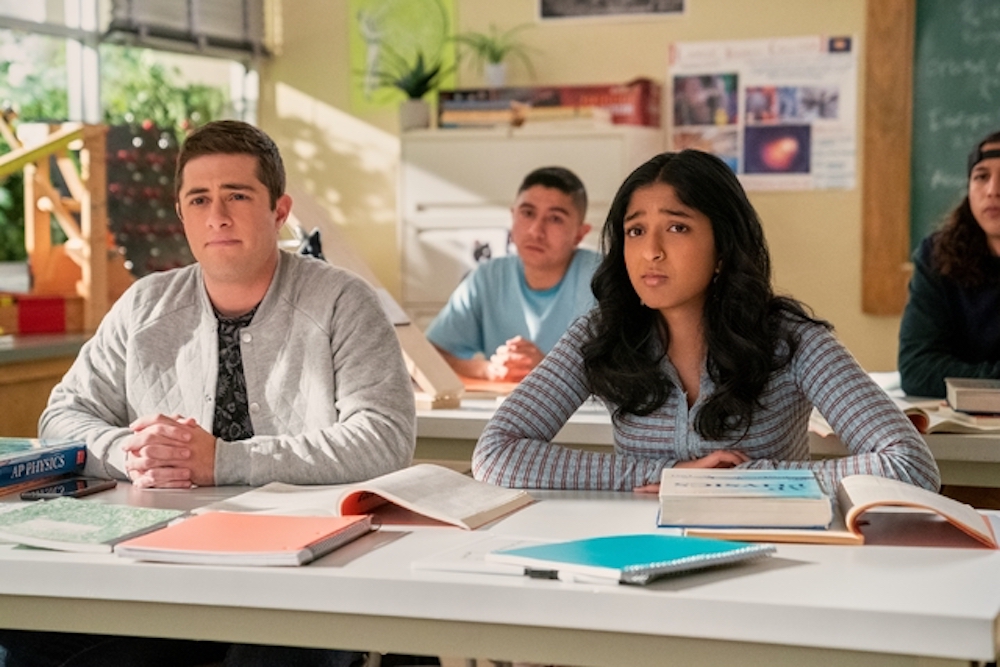 Netflix’s ‘Never Have I Ever’ follows the turbulent love life of an American-Indian teenager named Devi Vishwakumar. While the story begins with her crush on Paxton, the most popular boy in school, she, soon, finds herself in the middle of a love triangle when her sworn enemy, Ben, takes a turn for the better and becomes a romantic prospect. The third season adds Des, another prospective boyfriend, in the mix, who comes with his own set of perks and challenges.

With three boys as her love interests, Devi receives a nickname from each of them. While Paxton sticks to calling her by her surname, Vishwakumar, Ben goes in a completely different direction. He calls her David. If you’ve been wondering by Ben calls Devi, a girl, with a name that is certainly a boy’s, we’ve got you covered. Here’s all you need to know about the origins of the nickname.

Why Does Ben Call Devi David?

Ben and Devi’s relationship starts off as cut-throat rivals. Both of them are academically gifted and have been competing for the highest grade in the class for a very long time. They often resort to teasing each other, especially when it comes to their names and their popularity in the school. In the first season, Ben, who’d been dating Shira at the time, nicknames Devi and her friends, Eleanor and Fabiola, the U.N (un-effable nerds). This is his way of rattling them and getting under their skin.

For Devi, he takes this teasing a step further and calls her David. Though in the later seasons, it turns out to be something of a term of endearment, considering Ben’s feelings for Devi, it starts out as something annoying, and borderline racist, if not entirely so. He twists her name, which he can actually pronounce very well, and turns it into a westernized version, which is something that people with “complicated” names have to deal with. But, this intended-to-be insult goes further than that.

Ben and Devi’s animosity often stretches to the point where they start teasing each other for their appearances. In one scene, Ben teases Devi for having a mustache, which makes her look like a man. This is also the reason that he turns the girl’s name into a boy’s, making her feel bad about the way she looks. Only, Devi is not the one to doubt herself on the word of a fellow nerd, and she strikes back by saying that at least, she can grow a mustache. This is insulting to Ben because even though he is in his later teen years now, he still can’t grow a mustache, which is usually the sign of growing up and crossing into adulthood.

It is also interesting that Ben stops calling her David when they start dating, or when he is actually concerned for her. Due to the volatile nature of their relationship, things often go up and down between them where one gets angry at the other and they go back to name-calling and insulting each other. It is in these times, again, that Ben calls her David. By now, however, Devi has grown out of the phase where she can be bothered by what Ben calls her and takes it in her stride, throwing an insult or two his way as a return gift.

Read More: Do Devi and Ben End Up Together in Never Have I Ever Season 3?