Why Does Pamela Anderson Have an Arm Mark? 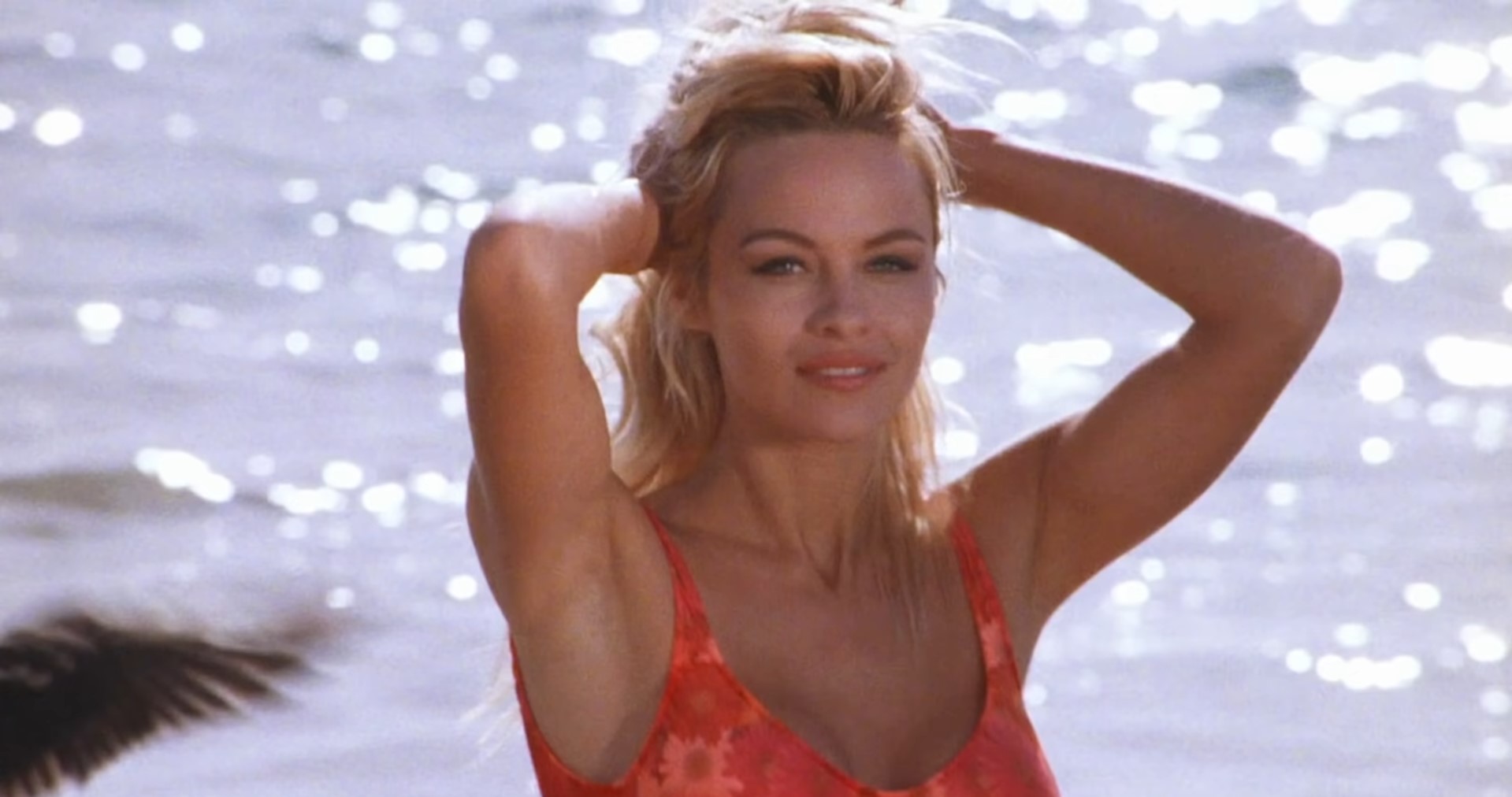 Hulu’s ‘Pam and Tommy‘ have been making waves for taking audiences deep inside Pamela Anderson and Tommy Lee’s relationship. While actress Lily James has done a wonderful job as Pamela Anderson, viewers were surprised to see scar marks on the actress’ left arm, quite near her shoulder. Initially, they were believed to be Lily’s marks but seeing Pamela Anderson sporting marks in the same place, people began questioning the reason behind them. Well, let’s find out, shall we?

Why Does Pamela Anderson Have an Arm Mark?

‘Pam and Tommy’ explores the relationship between Pamela Anderson and Tommy Lee around the time their leaked sex tape sent shockwaves through the entertainment industry. While the show has been praised for its authenticity and accurate depiction of events, Sebastian Stan and Lily James received critical acclaim for their incredible performances. Besides, the production team left no stones unturned and took into account even the smallest of details when it came to makeup and costumes. 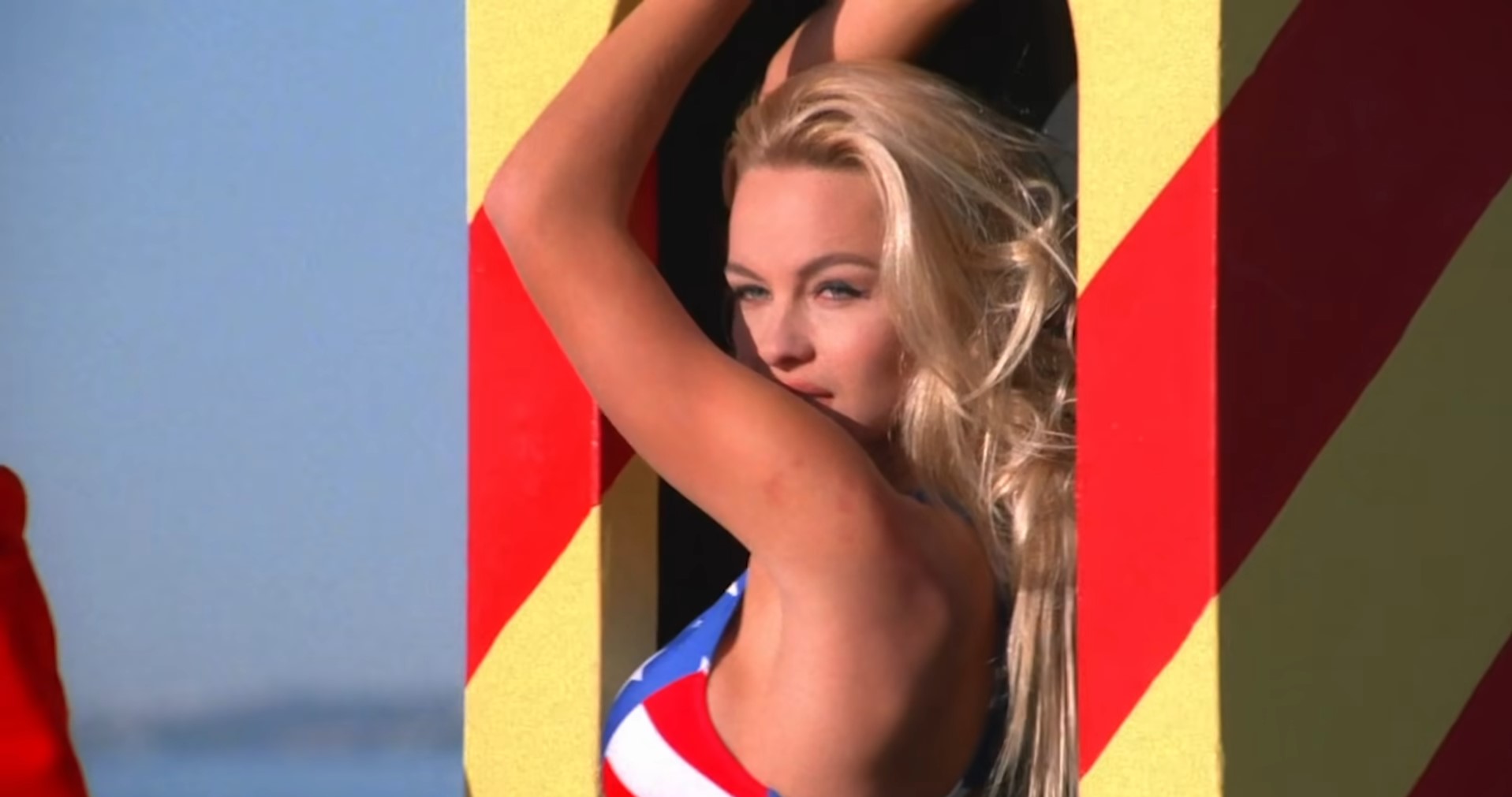 Hence, fans were even more surprised to see scars on Lily James’ left arm, wondering if the production team overlooked them. Still, with a reputation of impeccable makeup, speculations about the marks being intentional began doing the rounds while the internet was flooded with questions about the same. Incidentally, Pamela Anderson has been known to have the same distinct scarring on her left arm near her shoulder. The scars are often noticed in pictures, and for a long time, Anderson’s followers wondered if they would ever get to know the reason behind those marks.

Fortunately, Anderson did address her marks back in 2008 during an appearance on ‘The Late Late Show with Craig Ferguson.’ Showing her arm marks on national television, Anderson mentioned that she got those scars during a traumatic incident in her childhood. Claiming she had almost forgotten about them, the actress stated she got the marks around the age of nine. At the time, Anderson was “swimming under a float” in a lake in British Columbia when a bunch of leeches jumped on her. 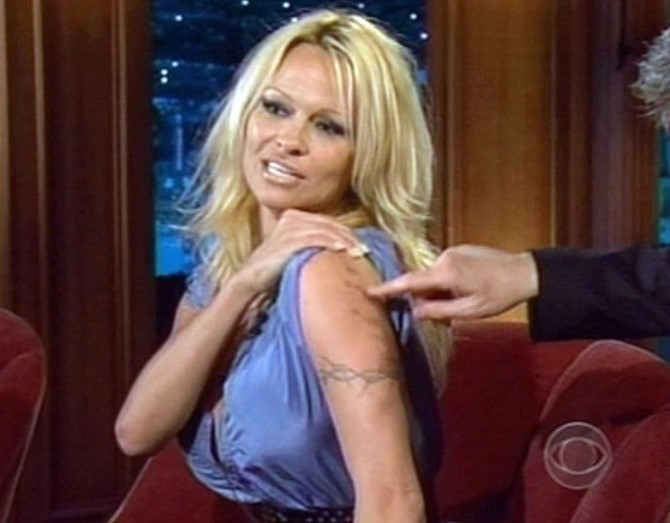 Although Anderson managed to shake them off pretty quickly, the creatures left a mark on her arm, which has been recreated in ‘Pam and Tommy.’ Although the incident was quite traumatic and scary for a nine-year-old child, Anderson never tried to hide her scars or pass them off as something else. Instead, she embraced it as a part of herself and displayed it proudly. Speaking about recreating the arm marks, the makeup department head of ‘Pam and Tommy,’ David Williams, told Vanity Fair, “She didn’t often cover them up, nor did we. We included them because a devotee of Pam is going to notice a detail like that.”

Read More: How Accurate is Pam and Tommy?