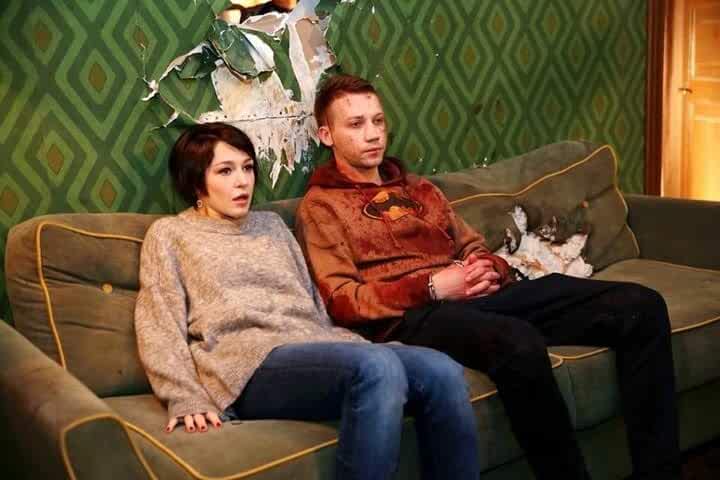 The Russian movie serves as the feature film directorial debut for Krill Sokolov, who is also attached to the project as a writer. His work has been compared to filmmakers like Guy Ritchie and Quentin Tarantino, and it is not too tough to see why. ‘Why Don’t You Just Die!’ is a visual masterpiece, doused in violence and blood. The cinematography and formal style is what has impressed critics the most.

‘Why Don’t You Just Die’ has a simple-sounding plot. A young man named Matvey wants to kill his girlfriend’s father. However, the father, Andrey, proves to be tough prey, thereby justifying the movie’s English title. Of course, things are not as straightforward as they seem for Matvey, who realizes that his girlfriend might have ulterior motives for wanting her father to be dead.

Where Was Why Don’t You Just Die! Filmed?

As mentioned earlier, ‘Why Don’t You Just Die’ boasts of some well-conceptualized ut bloody aesthetics. It is violent, but it is beautiful. It is gory, but it is gorgeous, just like every Tarantino movie.  While there are not many outdoor shots, each scene is choreographed to artistic perfection. Hence, it is natural for viewers to wonder where the movie was shot. Moreover, what did the filming look like?

Information regarding the exact filming locations of ‘Why Don’t You Just Die!’ has been scarce. However, upon some digging around, we were able to find out that the movie had been filmed in the Russian capital: Moscow.

Apart from the above, Sokolov’s Instagram account also features various posts wherein the director discusses his filming process. The post attached below shows how the crew made tons of preparations before filming a scene that would appear in the movie for just ten seconds. This post also revealed how filming was carried out at Moscow’s Kiyevsky railway station, which is often called Kiev station locally (not to be confused with Kiev in Ukraine).

There is a lot of blood in the movie. You have been warned.

Have a look at the painstakingly designed set in the following post. Sokolov’s reply to another user in the comments section of the post reveals that filming was carried out at Pavil’ony Moya Studiya in Moscow, Russia.