Why is Wednesday Called a Raven? Why is Morticia Called a Dove? 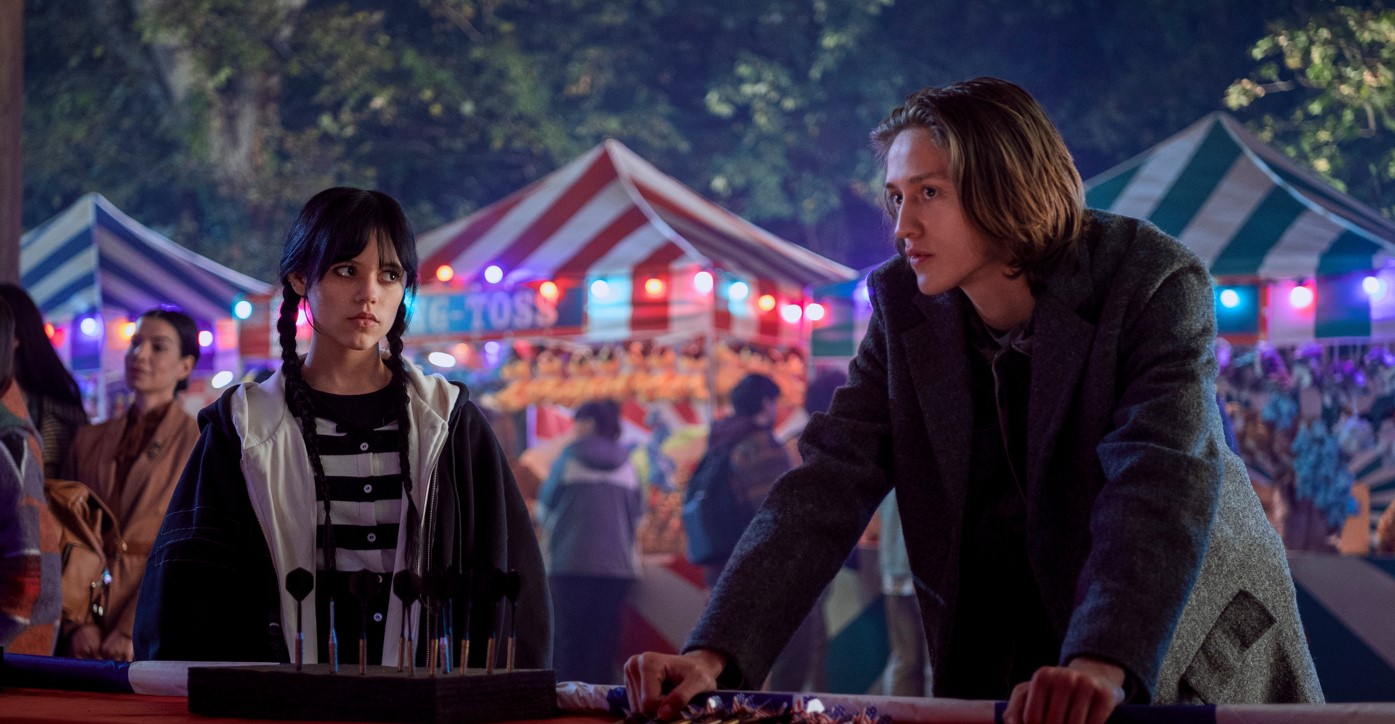 Created by Tim Burton, Alfred Gough, and Miles Millar, Netflix’s ‘Wednesday’ offers a fresh view into the world of the ‘Addams Family,’ characters that American cartoonist Charles Addams originally created. In this rendition, Wednesday Addams has special abilities, as do almost all other members of her family and a significant portion of the human population. These people are called outcasts, whereas the rest of humanity is known as the normies.

In the world of ‘Wednesday,’ people are aware of the existence of outcasts such as sirens, werewolves, vampires, and gorgons. Inevitably, it has led to major acts of persecution against the outcasts throughout history. As an educational institution, Nevermore Academy provides a safe haven for its exclusively outcast student body. Wednesday, like her mother Morticia (Catherine Zeta-Jones), is a psychic. Her powers started to manifest about a year before she joined Nevermore. When Wednesday finally speaks to Morticia about her powers, her mother refers to her as the Raven and herself as the Dove. Here is everything you need to know about it. SPOILERS AHEAD.

Why is Wednesday Called a Raven and Morticia a Dove?

Wednesday is a powerful psychic. As mentioned above, her powers began to manifest before she came to Nevermore, but the visions become more vivid and focused after she steps into the school. Her visions are triggered when she bumps into or touches a person or object of importance. However, she doesn’t have any control over it. At the fair in Jericho, when she runs into Rowan, Wednesday has a vision that shows her the path forward. She follows Rowan and is nearly killed by him before the homicidal monster lurking in the woods comes out and kills Rowan instead.

Before his death, Rowan claimed his mother, a powerful seer, told him that Wednesday was destined to destroy Nevermore. Equipped with this knowledge, Wednesday, who is an aspiring author, begins to investigate the past of both the school and Jericho. This leads her to the discovery of the connection between Joseph Crackstone, the founder of Jericho, and Goody Addams, one of Wednesday’s paternal ancestors. In one of her visions, Wednesday sees Crackstone burning numerous outcasts alive in 1625, including who appears to be Goody’s mother. However, Goody herself survived and later killed Crackstone.

Principal Weems used to be Morticia’s roommate when they were both students at Nevermore. She was there when Morticia started to have her visions. Weems warns Wednesday of how dangerous and unreliable visions can be. Later, Xavier, whose father is a world-famous psychic, echoes What Weems said earlier.

In episode 5, when Morticia and Gomez visit Nevermore for parents’ week, the mother and daughter finally have the long overdue conversation about visions. For all her maturity, Wednesday is still a teenager and claims that love and affection from her parents are actually their way of manipulating her. It is Morticia who first broaches the subject, revealing the concept of the Dove and the Raven to her daughter.

Despite her love for the morbid, Morticia is inherently a positive person. As an individual’s visions reflect who they are, Morticia’s visions are positive. This makes her the Dove in their family. In contrast, Wednesday is bleak, and her visions are almost always about doom and death. Hence, she is the Raven.

Morticia also reveals that she can’t help Wednesday because psychics are trained by deceased family members, prompting Wednesday to admit that Goody has reached out to her. Worried about her daughter, Morticia urges her to be cautious, adding that while Goody was a powerful witch, she let vengeance consume her, which became her undoing.

In episode 6, Wednesday speaks to Goody for the first time during her vision and later refers to her as the Raven before informing Wednesday that the path of the Raven is a lonely one.

Read More: Is Wednesday’s Jericho a Real Town? Is Nevermore based on a Real School?