Will Devon and Leela Get Together in The Resident? Theories 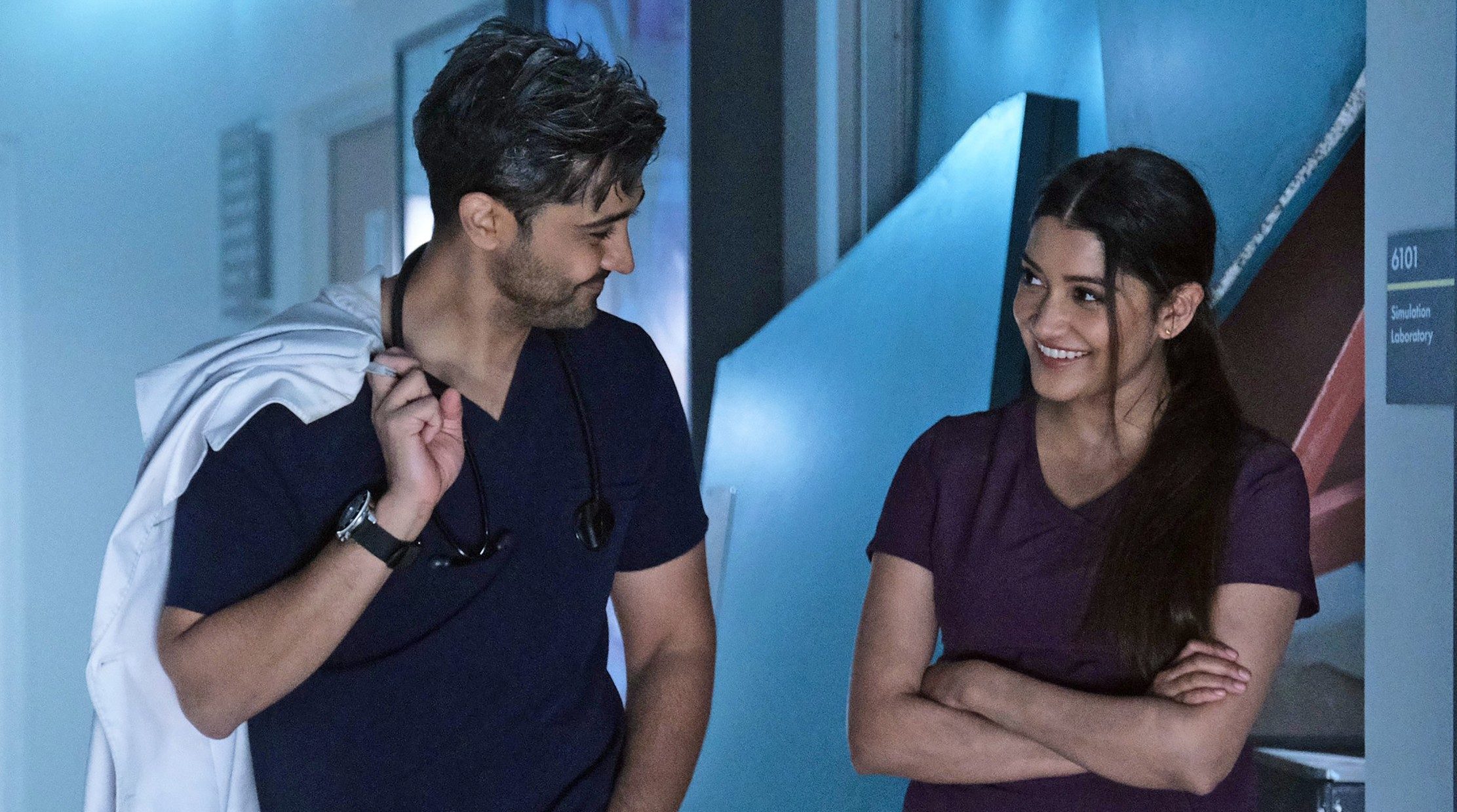 Devon Pravesh and Leela Devi’s relationship is an integral part of FOX’s medical series ‘The Resident’ season 5. Their storyline of the season begins with Devon and Leela moving in together and progresses through the growth they attain as a couple. While the former invests his time in a clinical trial, the latter decides to focus on both cardiothoracic surgery and neurosurgery. Still, they maintain an admirable bond which gets tested when Devon expresses his willingness to become Leela’s sister Padma’s sperm donor.

Devon’s offer paves the way for his breakup with Leela. In the twenty-first episode of season 5, Devon and Leela talk about the prospects of getting back together. Like the two characters, the viewers must be also looking forward to the same. Well, let us share our take on it! SPOILERS AHEAD.

Will Devon and Leela Get Together?

When Devon proposes to become Padma’s sperm donor, Leela realizes Devon’s wish to become a father. She gets infuriated thinking that he is trying to become the father of “their child” since Padma is using her eggs for the IVF procedures. Leela, who doesn’t want to have a child, sees Devon’s action as a way of forcing her to have their child through Padma. Eventually, they break up after realizing that both of them don’t want to change their decision regarding having kids. Their incompatibility, specifically concerning settling down as a family, not only ends their relationship but also affects the prospects of their reunion.

Devon and Leela are two individuals who have clear-cut plans for their lives ahead. Devon dreams of becoming a father and wants to settle down with his partner and kids. Considering the phase of life he is at, he cannot postpone his wish to have a domestic and familial life any longer. Leela, on the other hand, wants to get double-board certified in cardiothoracic surgery and neurosurgery. Her aspiration doesn’t leave her with any time or energy to have and nurture a child. Their decision to prioritize their wants and needs even justifies their decision to separate.

However, Devon and Leela do love each other. They fail to manage their feelings for each other after the breakup. One’s presence in the other’s life at Chastain makes the separation harder for them to bear. Their bond, irrespective of the breakup, links them emotionally. Considering such a significant factor, their reunion is not an impossibility. Devon and Leela may get together again but they need to find a way that aligns with their plans to reunite. They may need to change their aspirations a bit to accommodate each other’s wishes and wants.

Leela is the first one to suggest reaching a middle ground to give her relationship with Devon another chance. She lets her former boyfriend know that she is ready to make compromises to continue sharing her life with him. Even though Devon fails to listen to Leela properly, amid saving Cade, he may eventually realize that reaching a position of compromise is a possibility. It wouldn’t be a surprise even if they consider alternative means like surrogacy to become parents, which will not affect Leela’s career.

Otherwise, Devon may sacrifice his career to become a father. He may consider taking a break from his practice to take care of his potential child, which will give enough space for Leela to focus on her double-board certification. In an interview given in April 2022, co-showrunner Peter Elkoff revealed that Devon’s career will get affected due to the complications that arise between him and Leela. In light of his words, we can expect Devon to make certain decisions concerning his career for the sake of his wish to be a dad.

Devon and Leela’s relationship may haven’t met a definite end. We can hope that they will discuss the possibilities to save their attachment and eventually get together. In the upcoming episodes, they may reach a middle ground concerning having kids to possibly revive their companionship.