Will Lenny and Midge End Up Together in The Marvelous Mrs. Maisel? Theories 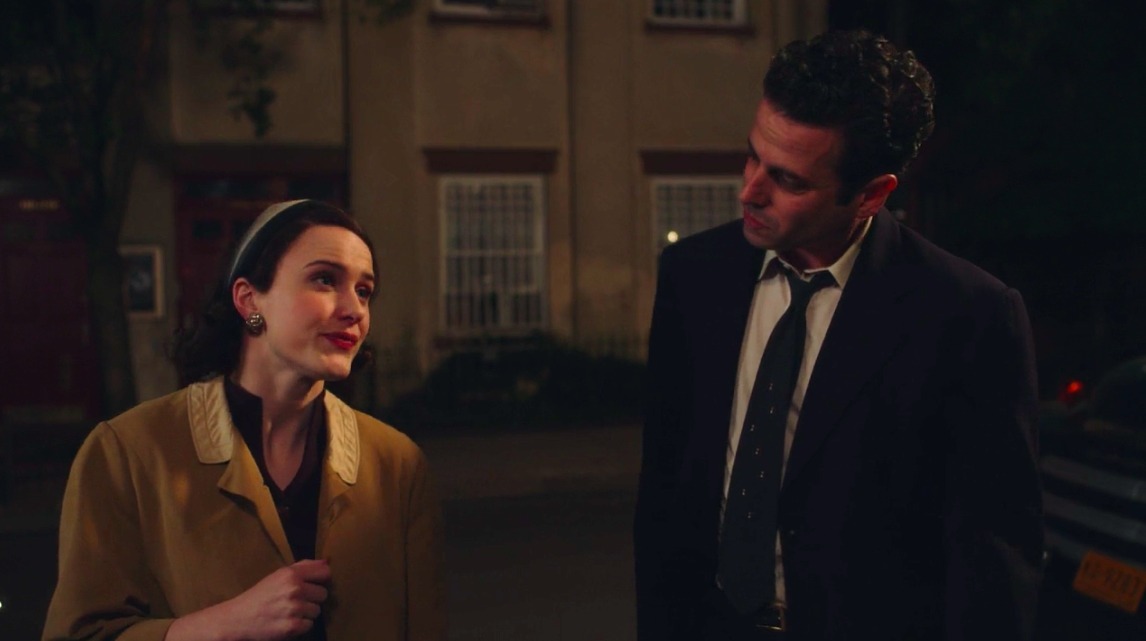 ‘The Marvelous Mrs. Maisel’ is a show about the housewife turned comedian Miriam “Midge” Maisel (Rachel Brosnahan). She gets the shock of her life after her husband, Joel, leaves her for his secretary. Midge discovers that she has a penchant for comedy when she delivers an impromptu and powerful performance at a comedy club. She forms several interesting relationships as a comedian, both personal and professional. Arguably, the most significant one is Lenny Bruce (Luke Kirby), the late real-life comedy legend. They meet when Midge is about to begin her career. They bail each other out of prison. In the following seasons, Lenny walks in and out of Midge’s life several times, imparting wisdom on how to navigate the tricky roads of stand-up comedy.

In the process, a complicated relationship forms between the two. It treads the line between friendship and romance until season 4 when the will-they, won’t-they aspect of their dynamic comes to an end. If you are wondering whether they will end up together in ‘The Marvelous Mrs. Maisel,’ this is what you need to know. SPOILERS AHEAD.

Will Lenny and Midge End Up Together?

The show’s writers took their time to build these characters and set up their relationship before deciding to go ahead and create an intimate scene for them. From the pilot episode itself, the chemistry between Lenny and Midge has been undeniable. Lenny has been much longer in the stand-up comedy business than Midge. When he appears, he provides her with key insights about the profession. Both the respect and attraction that these two feel for each other are quite mutual. In the season 4 finale, it all culminates into a perfect sequence on a snowy New York evening.

After the burlesque/strip club Midge performs in gets raided by the authorities, Lenny and Midge escape to the former’s hotel, where they make love. As for whether they have a future together, we know that the real Lenny Bruce died in 1966 at age 40 due to overdosing on morphine. In its fourth season, ‘The Marvelous Mrs. Maisel’ hints towards Lenny’s drug use. This will probably become a major plot point in the fifth and final season.

In an interview, Kirby stated that they wanted to explore certain parts of who Lenny Bruce was in season 4. “We felt a bit of a kind of duty to sort of start touching on the aspects of Lenny Bruce’s life that kind of led up to his dying young,” ‘The Gossip Girl’ actor stated. “We’re sort of bringing Lenny Bruce a little bit down to Earth this season and kind of exploring that a little bit.”

He also speculated about Midge’s possible reaction to the loss. “I don’t know how Midge will feel [after Lenny’s death],” Kirby said. “Hopefully she’ll be really broken up about it and then hopefully she will do the healthy thing and move on and make herself happy.” So, Lenny and Midge’s storyline is probably heading in a tragic direction. It will be interesting to see how they get there and what effect it has on the protagonist.