Will Nathan Kill Marcus in The Bastard Son & The Devil Himself? Theories 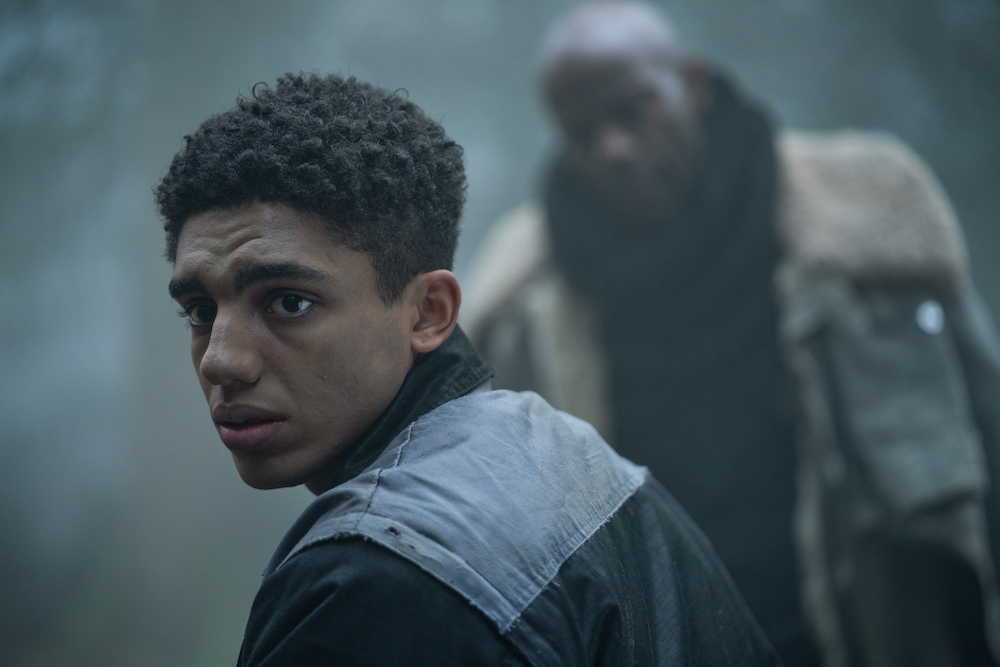 Netflix’s ‘The Bastard Son & The Devil Himself’ is a supernatural teen drama that follows the story of a sixteen-year-old boy called Nathan. He is the son of a Fairborn mother and a Blood father, which already makes his existence an abomination in his world because the two factions have been at war with each other since before anyone can remember. While the Fairborns hate him and hold no bars in displaying their feelings for him, they don’t kill him because of a prophecy, which might get them a leg up on the Blood witches.

The first season focuses on developing Nathan’s story as well as the world he lives in. However, it leaves things rather ambiguous when it comes to the prophecy. Does it really mean that Nathan will be the one to kill Marcus? Or is there some other interpretation that might point to bigger things in Nathan’s future? Let’s find out.

While getting beat up by Fairborn witches and having all the hate spewed out on him, Nathan wonders why he hasn’t already been killed or sent out of the country. The Fairborn council wants to kill his father; they killed his mother. So, why then, did they leave him alive? Turns out, his life rests on the possibility that might give the Council the answer to their biggest problem: Nathan’s father, Marcus Edge.

Marcus is a Blood witch and has the power to shapeshift into animals, mainly a wolf. He also eats the hearts of his victims, which gives him whatever power they might have possessed. Having killed a lot of people over the years, Marcus has almost every power that is generally unique to a witch. This makes him one of a kind, and also the most powerful witch to ever walk the earth. It makes him unstoppable. But, there is a way to stop him.

It has been prophecized that “his own blood” will kill “the wolf”. Here, the wolf is interpreted as Marcus, because he shapeshifts into the animal when on a killing spree. Because Marcus is the only problem at hand that the Council can’t get rid of, it is pretty obvious that “the wolf” doesn’t refer to anyone else. However, the interpretation of “his own blood” can be up for debate.

In the simplest terms, “his own blood” refers to Nathan. He is Marcus’ son, and the wolf’s blood flows in his veins. He is also the only known child of Marcus, which makes him a rare commodity for the Fairborns to use against Marcus. What further strengthens his claim as the future killer of his father is that Nathan’s Blood witch side is more prominent than his Fairborn side. Though the extent of his powers has not been revealed yet, the signs point toward the fact that he will have the same powers as his father. This means that given time and resources, Nathan can become just as powerful as his father and pose a real challenge to him, unlike every other witch in the world, who is no match for Marcus.

What further all but confirms that Nathan will kill Marcus is when Nathan asks him about the prophecy. He wonders if it is real or just something cooked up by the Fairborns to pit them against each other. Marcus, who knows exactly how and when his death will happen, could have assuaged his son’s doubts and told him the truth. Rather, he evades the answer, as well as, his son’s gaze by changing the topic. This means that there might be some truth to the prophecy after all, though it might not take place in the conventional sense of the term. It is possible that rather than facing each other in a fight to the death, the circumstances and the intention behind Marcus’ death at Nathan’s hand might be completely different.

While it looks like Nathan’s fate is sealed, one has to consider the fact that prophecies are known for being intentionally cagey about their real meaning. Rarely do they mean literally what they say, and often, one has to dig in deep to find an answer to them. Soul O’Brien tries this approach, which leads him to try the Witch’s Bottle, a spell that connects him to Nathan’s dormant powers. He turns himself into a Blood witch and does unspeakable things, just to become strong enough to kill Marcus. In the end, Soul interprets “his own blood” as Nathan’s heart, rather than Nathan himself. If Soul eats Nathan’s heart, he will have Nathan’s powers as well as part of Nathan in himself, which means he will have fulfilled the criteria of “his own blood”.

Despite all his efforts, Soul dies before he can kill Marcus or Nathan. However, it does leave the door open for someone else to try this trick. Maybe, Nathan will have to die for someone else to fulfill the prophecy. Perhaps, Marcus knows this, which is why he couldn’t tell Nathan anything about the prophecy. He would’ve been forced to reveal his own son’s death, and he didn’t want this to be something they discussed on their first meeting.

Considering all this, the chips might fall either way when it comes to Nathan’s role in his father’s death. Only the coming seasons will shed more light on the details surrounding the prophecy and give us a better picture of the things to come. For now, the only thing we can confirm is that Marcus is certain to die, and soon. How it happens remains to be seen.