Will The Eyes Kill Janine? Did Madeline Brewer Leave The Handmaid’s Tale? 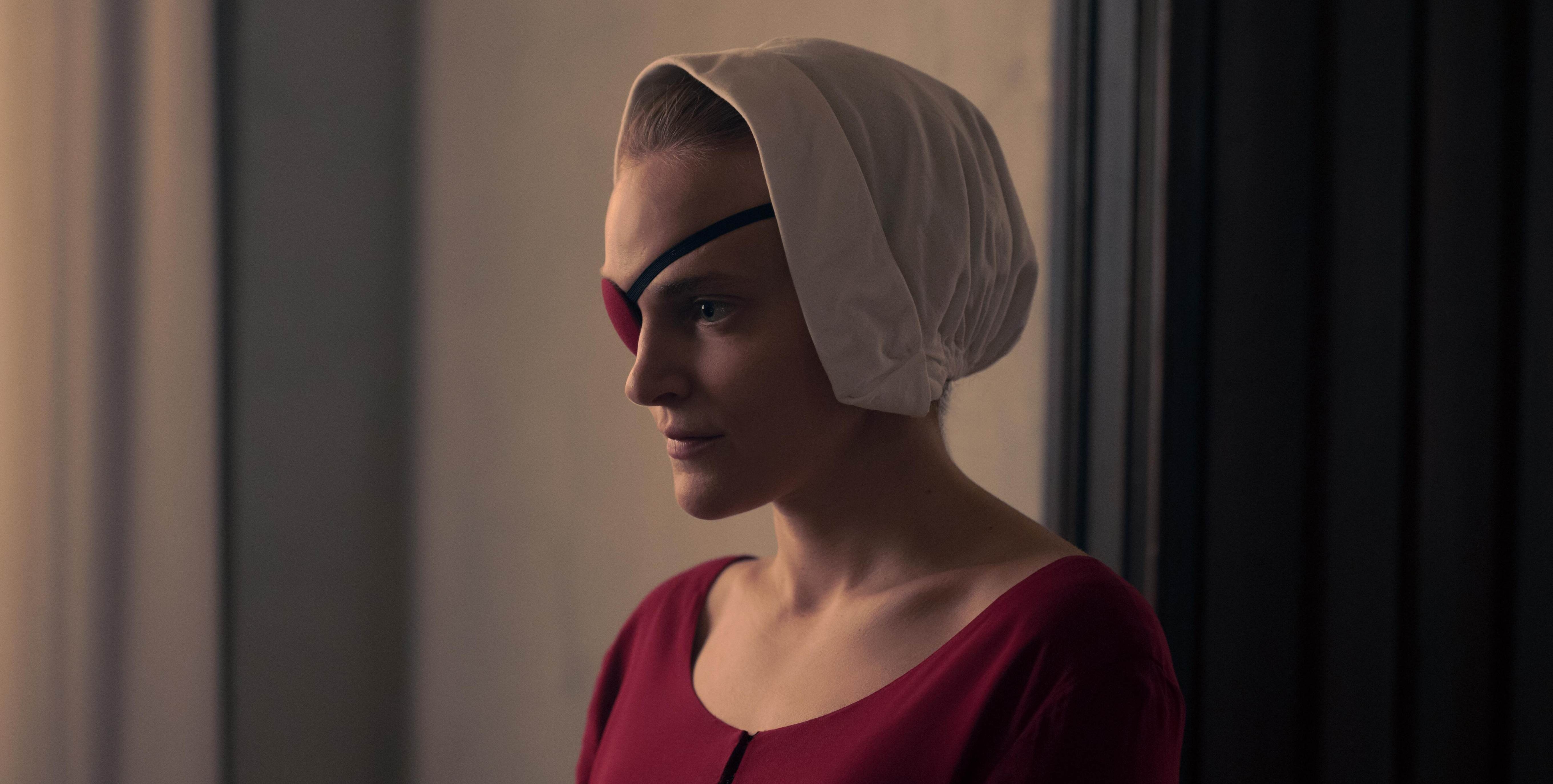 The fifth season finale of Hulu’s dystopian series ‘The Handmaid’s Tale’ depicts Aunt Lydia making a significant decision regarding Janine Lindo’s future. Lydia posts Janine at Commander Joseph Lawrence’s household, under the care of Naomi, to avoid rumors concerning her apparent favoritism towards Janine. While Naomi expresses her happiness about having Janine at her new house, the latter retaliates harshly, which paves the way for her capture by The Eyes. As the secret service officers take her to an unknown location, Lydia worries about her favorite Handmaid’s life. So, will Janine get killed by The Eyes? Let us share what we know! SPOILERS AHEAD.

Will The Eyes Kill Janine?

In the fifth season finale, Janine gets posted in Commander Joseph Lawrence’s household, right before his and Naomi’s wedding ceremony. Naomi lets Janine know that she is happy about having the latter in the house, only for Janine to clarify that she is not the former’s “friend.” Janine also adds that she hates Naomi severely, paving the way for the dissolution of her posting. A few officers of The Eyes arrive at the Red Center the same night and capture Janine for disrespecting a commander’s wife under Lawrence’s orders. According to Bruce Miller, the creator of the show, the possibility of Janine getting killed cannot be ruled out but that isn’t the only possibility.

“[…] being picked up by The Eyes can mean a lot of things. They have for a long time wanted Janine to be useful and reproductive, and if she isn’t doing that at the Red Center, they will move her somewhere else. And they’re not very polite about it,” Miller told EW. The creator’s words indicate that Janine may get moved to the Colonies, the region in Gilead contaminated by pollution and radioactive waste, as a punishment. If that’s the case, Janine’s death most likely will not be imminent. But life in the Colonies is not much better than death since the life expectancy at the same is around just three years.

Having said that, The Eyes’ unpredictability is a cause for concern. “But she [Janine] also could just get pulled out and shot in the middle of the street. I mean, it’s that kind of place,” Miller added, confirming that Janine’s life is hanging by a thread. Thus, her survival depends upon Lawrence’s decision regarding her punishment. If Lawrence thinks that Janine is insignificant for him to warrant a death sentence, she may stay alive for now. Since the commander is trying to reform Gilead within the totalitarian regime, he may decide against such a death sentence.

But if Lawrence wants to send a message of power and authority, possibly to cover up the challenges he has been facing for a while in the form of Nick Blaine’s attack on him and the Unites States’ air raid, killing Janine may turn out to be a favorable distraction for him.

As of now, neither Hulu nor Madeline Brewer announced the departure of the actress from ‘The Handmaid’s Tale.’ Considering the importance of Janine, it is unlikely that the character will get killed off-screen, making Brewer’s return to the upcoming sixth season of the show possible even if her character is “destined” to die. Considering Alexis Bledel’s exit from the show after the fourth season finale, the viewers cannot be blamed for worrying about Brewer’s possible exit but the lack of any announcements concerning the same indicates that the actress’ departure from the show most likely isn’t on the cards.

Since there isn’t any surety that Janine will die, we can expect Brewer to return to the sixth season, which may follow Janine’s life in the Colonies. If Janine is taken to the contaminated region, we may see her fight to stay alive while Lydia likely asks forgiveness from Lawrence on the former’s behalf. If Janine is not taken to the Colonies, she can be moved to New Bethlehem, the haven Lawrence has created to attract ex-patriots like June Osborne back to Gilead. If that’s the case, Lawrence may try to invite June to New Bethlehem again by giving Janine’s changed and better life at the place as a reference.