Will There be a The Kissing Booth 4? 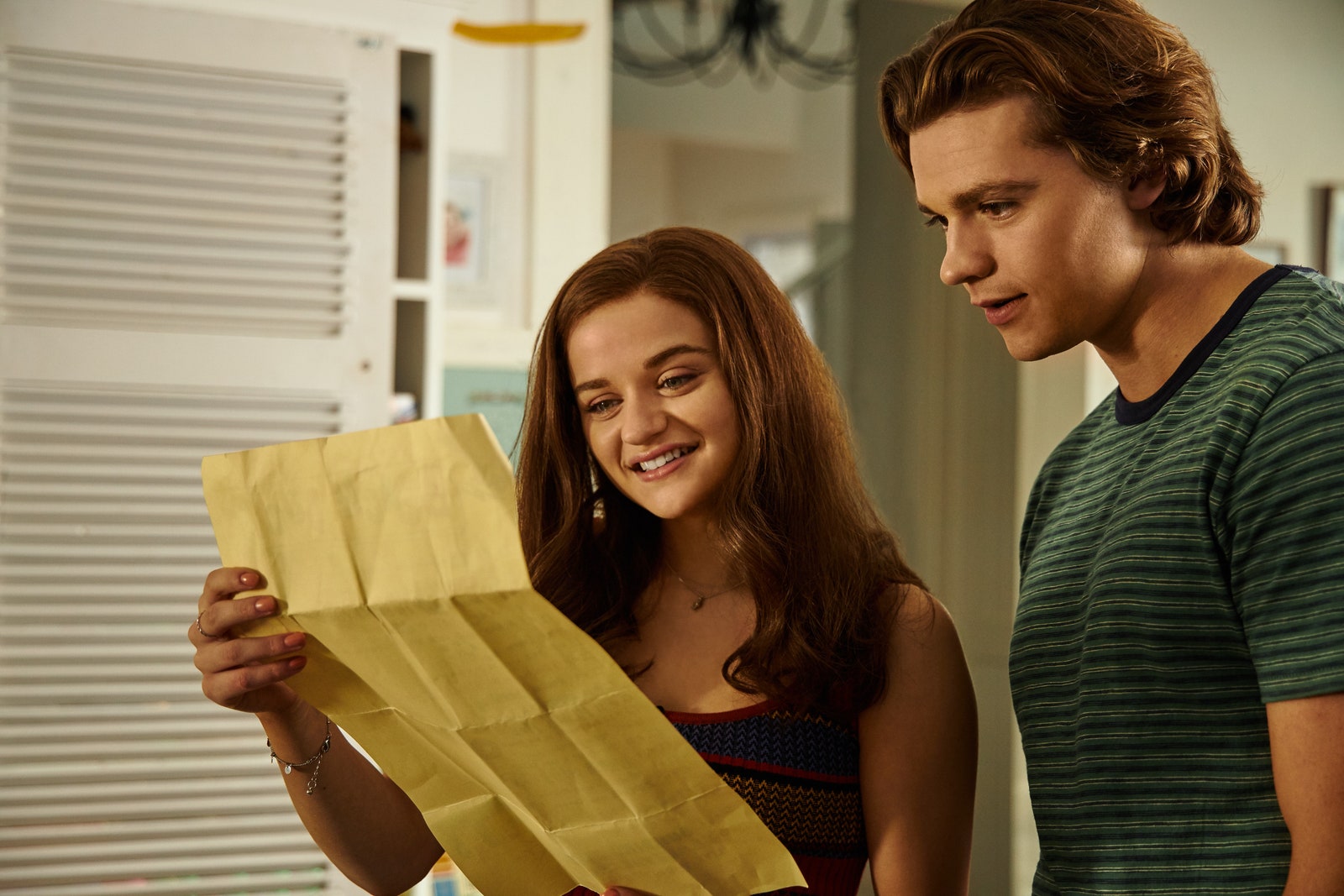 Based on the namesake series of books by Beth Reekles, ‘The Kissing Booth 3’ is a teen drama film. It is the third installment in the immensely popular ‘The Kissing Booth’ film series. The story follows Elle as she tries to decide which college to attend, Harvard or Berkeley, knowing that her choice will make one of her two favorite people very unhappy. Meanwhile, the Flynn family decides to sell their beach house, where Elle, Noah, and Lee have spent all their summers. Elle, the boys, and Rachel subsequently convince Lee and Noah’s parents to let them spend one last summer at the beach house.

Soon, Elle’s life becomes further complicated after she runs into Marco, who is still very much in love with her. Because of the third film’s somewhat ambiguous ending, many fans have taken to social media to ask for a fourth movie in the franchise. If you are curious to know whether that will happen in the future, we got you covered.

In an interview with Vanity Fair in November 2020, Jacob Elordi, who portrays Noah Flynn in the film series, said, “This [‘The Kissing Booth 3’] is really the last kiss.” This means that, according to him, the third movie is the final entry in the franchise. Joey King, who plays Elle Evans, echoed Elordi in the ‘Netflix 2021 Film Preview’ video when she stated that she loved it when an incredible story comes to an end.

However, considering the huge success that ‘The Kissing Booth’ film series has been for Netflix, the streaming giant can always decide to develop more films in the future and bring back the old cast. They can also choose to tell a completely new story with new characters. The foundation for it gets established in the final few scenes of the third film when Lee and Elle discover that the students have continued to organize the kissing booth in charity fairs.

Reekles has published two main books in her ‘The Kissing Booth’ series and several companion stories. The third book, ‘One Last Time,’ came out in August 2021. While the book’s name probably indicates that this is the end of the story for Elle, Noah, and Lee, Reekles might also decide to expand ‘The Kissing Booth’ universe in the future. As for Netflix, it all ultimately comes down to the viewership numbers. If ‘The Kissing Booth 3’ performs spectacularly, there is a chance that the fourth film might go into development. And if that happens in the next few months, expect ‘The Kissing Booth 4’ to come out sometime in 2022.

The Kissing Booth 4 Cast: Who Can Be in It?

Aside from Elordi and King, ‘The Kissing Booth 3’ stars Joel Courtney as Lee Flynn, Taylor Zakhar Perez as Marco Valentin Peña, Maisie Richardson-Sellers as Chloe Winthrop, Meganne Young as Rachel, Molly Ringwald as Sara Flynn, Stephen Jennings as Mike Evans, Morné Visser as Mr. Flynn, Carson White as Brad Evans, Judd Krok as Ollie, and Evan Hengst as Miles. Chloe Williams appears as Joni Evans in the flashback scenes. In the prospective ‘The Kissing Booth 4,’ all cast members might reprise their roles. If that doesn’t happen, the film will probably have a brand new cast.

The Kissing Booth 4 Plot: What Can It Be About?

At the end of ‘The Kissing Booth 3,’ Lee has come back to Los Angeles and is set to be married to Rachel. Noah is a Harvard law graduate with job offers from farms in New York and Los Angeles, while Elle works as a video game developer at an independent company. In the final scenes, Elle and Noah go on a motorcycle ride together.

The prospective fourth film might show Elle and Noah in a relationship, giving the fans the answers they seem to want. Or, as mentioned above, the film can focus on a different cast. This time, the story might get told from the perspective of a male character. Another possibility is that the next film is about a same-sex relationship. ‘The Kissing Booth’ movies are critically underrepresented in that regard, and ‘The Kissing Booth 4’ might amend that.

Read More: Is the Kissing Both a True Story?