About 34 years after the release of the original film, the Disney+ series ‘Willow’ takes us back to the world of Newlyns, Daikinis, and Brownies. The series takes place several years after the events of the 1988 film. After returning home following the defeat of the villainous queen Bavmorda of Nockmaar, The Nelwyn sorcerer Willow (Warwick Davis) has a vision in which he sees the re-emergence of a great evil that would destroy Elora Danan, the child born with the mark of prophecy. This prompts Willow and his allies to hide Elora’s true identity, even from herself.

In ‘Willow’ episodes 1 and 2, titled ‘The Gales’ and ‘The High Aldwin’ respectively, Prince Airk (Dempsey Bryk), the son of Sorsha (Joanne Whalley) and Madmartigan (Val Kilmer), is abducted, prompting Airk’s twin sister Kit (Ruby Cruz) to embark on a dangerous quest to rescue her brother. Soon, Willow, the High Aldwin, joins the group after realizing that Elora is traveling with them. Here is everything you need to know about the ending of ‘Willow’ episode 2. SPOILERS AHEAD.

In the intermediate period between the events of the film and the show, Sorsha and Madmartigan got married, and the twins Kit And Airk were born. At some point, Madmartigan disappeared, and his children were never told why. Meanwhile, Elora grew up believing herself to be a kitchen maid in Tir Asleen under the watchful eyes of Sorsha. At one time, Willow visited Tir Asleen wanting to train Elora in magic, warning Sorsha that if the young girl didn’t receive instructions, the incredible powers within her would disappear. However, Sorsha didn’t want to put the young girl in danger, and she reminded Willow, not unkindly, that he wasn’t powerful enough to train the girl. Ultimately, the two friends parted on poor terms.

As the series begins, Sorsha starts receiving telepathic messages from Willow, warning her of the coming of the Gales, just when Tir Asleen prepares for the marriage between Kit and Prince Graydon of Galladoorn and the unification of the two kingdoms. 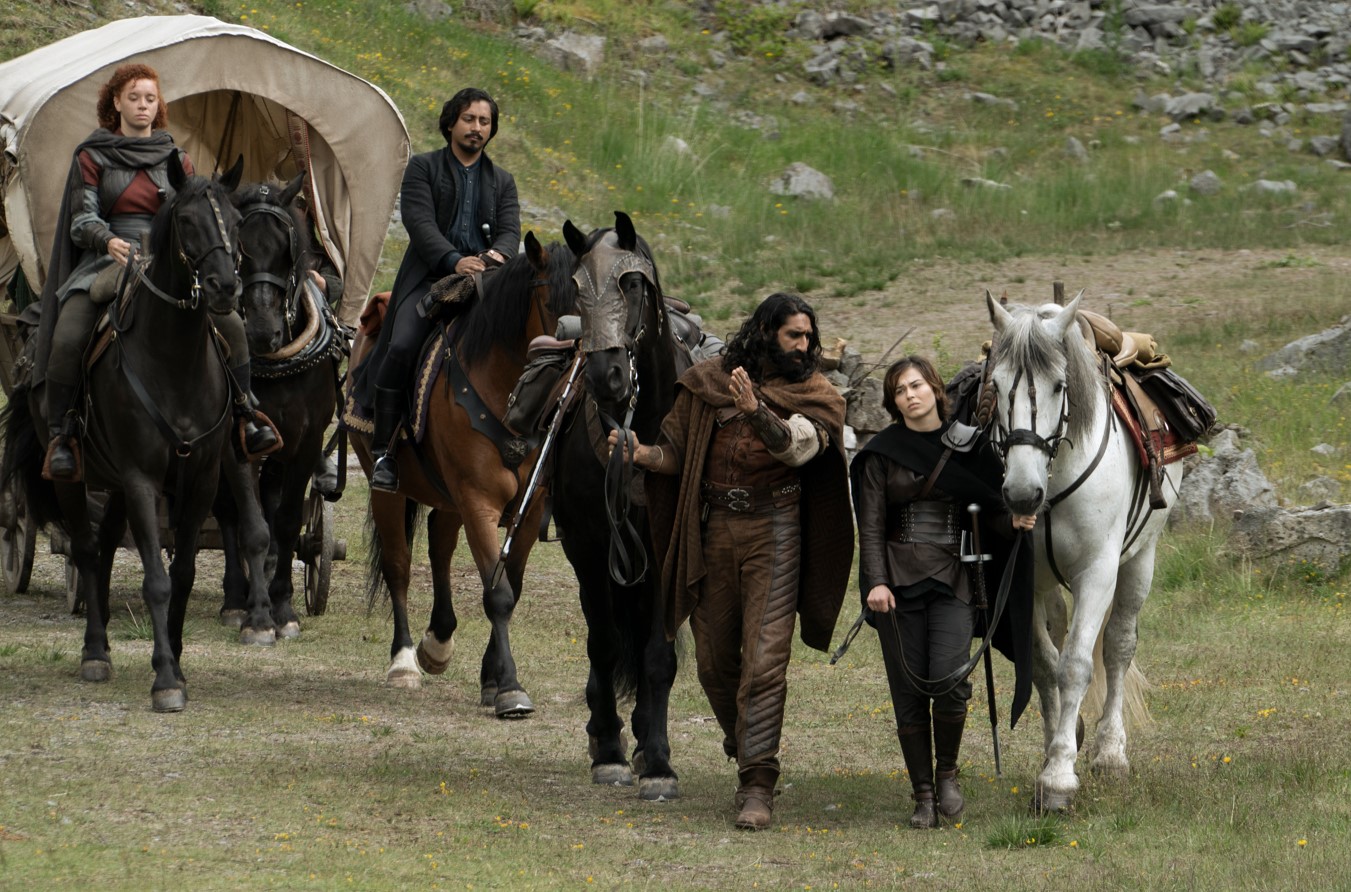 It soon emerges that there are issues with this impending union. Neither Kit nor Graydon seems interested in marrying a person they barely know, and the former is romantically interested in Jade (Erin Kellyman), her childhood companion and a knight-in-training. Meanwhile, her brother garnered a reputation as a young womanizer. But after growing close to Elora, whom he calls Dove, he feels drawn toward her.

That night the Gales attack the royal castle and abduct Airk. Kit subsequently volunteers to go on a quest to rescue her brother. Airk’s teacher, Kase, joins her, as does Jade. Graydon’s father forces him to be part of the quest, and Sorsha recruits Boorman (Amar Chadha-Patel), a thief, a disgraced swordsman, and her husband’s former squire. Although she promises to pardon all his crimes if he joins the quest, she knows that Boorman will do it because of his lingering sense of loyalty to Madmartigan.

As the group leaves the city, Dove begins to follow them, believing that she is in love with Airk. She is soon found by Kit’s party. Kase is killed by Bone Reavers before the party gets to Willow, who reveals Dove’s true identity.

Elora Danan is the daughter of an unnamed mother, who gave birth to her in captivity after Bavmorda imprisoned all women in her domain because a prophecy foretold that her downfall would be caused by a child born with a special rune birthmark. Although the mother was killed after Elora’s birth, a midwife managed to get her out of Bavmorda’s clutches. Before the midwife was also killed, she put the baby on a raft made of grass and set it adrift. That is how Willow and his family found Elora all those years ago, which set Willow off on his grand adventure.

In the likely now non-canon ‘Chronicles of the Shadow War’ book trilogy, set 15 years after the events of the film, Willow’s father is Calan Dineer, the great sovereign of the dragons and Lord of the Great Realm of Dreams. This is probably not the case in the show.

Elora has great potential as a magic user, but as her powers have remained dormant until now, Willow fears they have disappeared. He teaches her what is supposed to be simple magic — convincing a sprout to come of a huckleberry seed. Elora tries and fails numerous times and begins to despair. However, before she is taken by Commander Ballantine, now corrupted by the wound inflicted on him by one of the Gales, a seedling does sprout out of the ground.

Kilmer was originally meant to be part of the show, but because of the COVID-related lockdowns during the production and his health, the ‘Top Gun’ actor couldn’t come to Wales for filming. Series creator Jonathan Kasdan stated in various interviews that he hoped this would change in future seasons.

Even in his absence, Madmartigan is very much part of the narrative. His children think that he abandoned them when in reality, Sorsha sent him to find a great weapon known as Kymerian Cuirass. She knew the barrier they erected to protect Elora wouldn’t hold the forces of evil back forever, but she also didn’t want to jeopardize the girl. The Cuirass was her solution, a weapon that she believed could destroy the Crone. However, Madmartigan went missing while searching for it. His squire Boorman returned and likely told Sorsha what happened. Madmartigan is most probably not dead. As mentioned above, Kasdan intends to bring him back in future seasons. 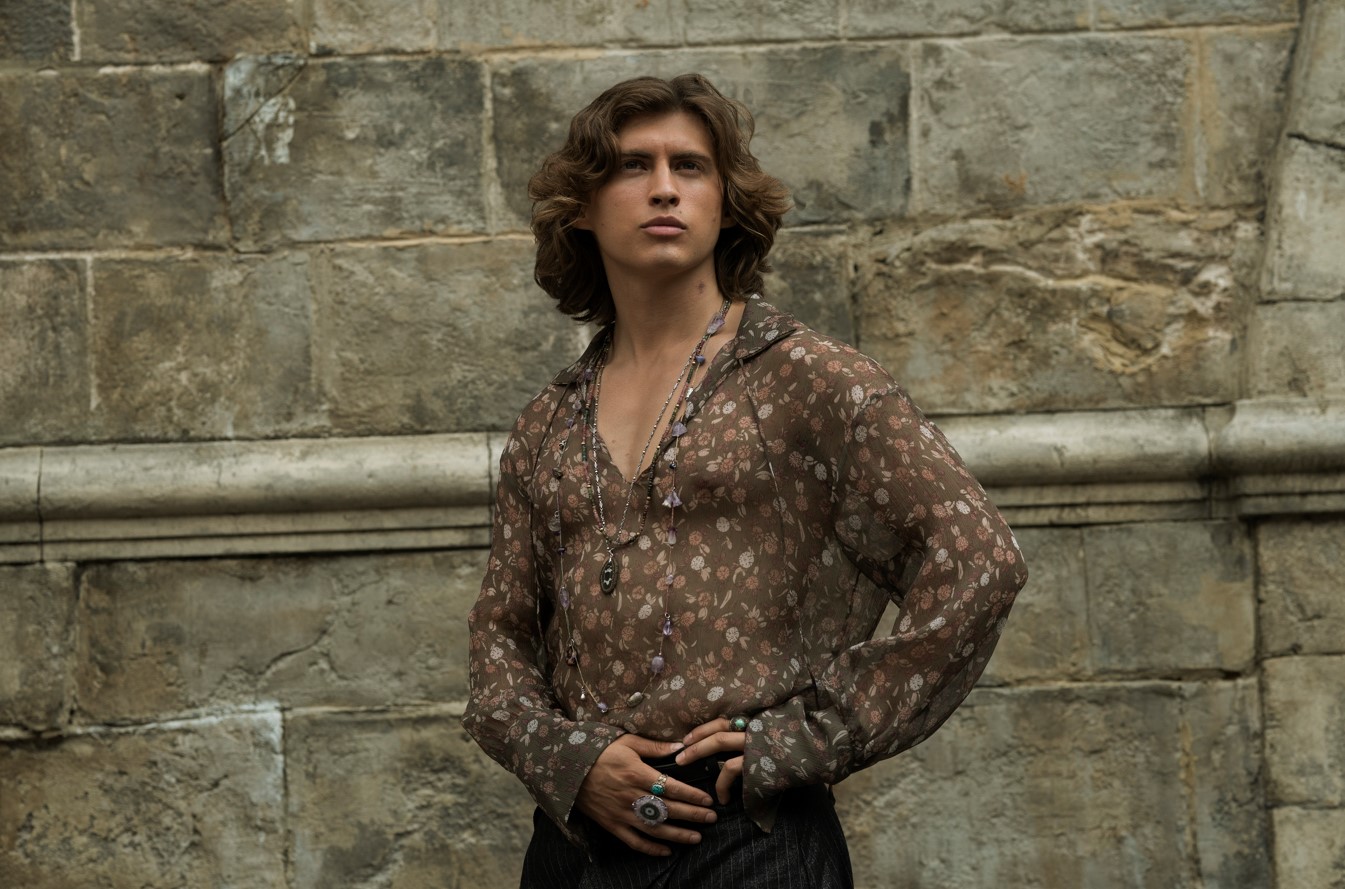 Named after his father’s friend Airk Thaughbaer (Gavan O’Herlihy), who was killed in a battle with Bavmorda’s forces, Airk is abducted by the Gales early in episode 1. Sorsha later speaks to Kit about the darkness in the blood of her family, inherited from Bavmorda. Willow foresaw that darkness would one day destroy the world. So, this means that the mastermind behind Airk’s abduction either wants to corrupt him or use his blood to bring back the ancient evil that Willow had the vision about. The traces of it must exist beyond the Shattered Sea, where Willow believes Airk currently is.

Read More: Is Willow Based on a True Story or a Book?