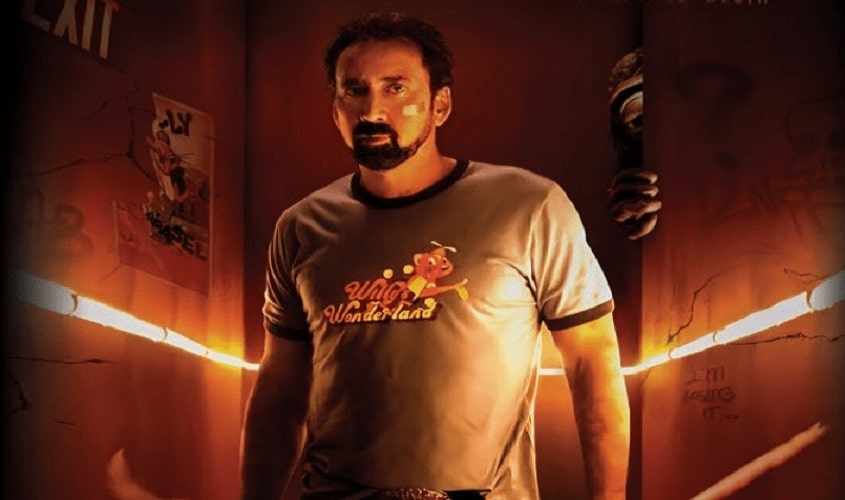 Directed by Kevin Lewis (‘Dark Heart’) and based on the screenplay by G.O. Parsons, ‘Willy’s Wonderland’ is a quirky horror-comedy that revolves around a ridiculous but entertaining concept: what would happen if a John Wickesque character comes across the evil animatronics from ‘Five Nights at Freddy’s’ video game franchise. With Nicolas Cage leading an otherwise relatively unknown cast, the film proudly embraces its absurd premise and offers its audience an hour and a half-long joyride that is both hilarious and gripping. Here is everything you need to know about the ending of ‘Willy’s Wonderland.’ SPOILERS AHEAD.

As the unnamed protagonist (Cage) drives through the sleepy town of Hayesville, Nevada, the tires of his high-end sports car get busted due to a carefully placed spike strip. Morning turns into the evening before the town mechanic, Jed Love (Chris Warner), arrives and takes the car and its owner to his shop. Jed declares that it will cost $1,000 to fix everything, but when the protagonist tries to pay with his card, Jed admits that he only takes cash.

When the other man agrees to work it off, Jed takes him to the local business owner Tex Macadoo (Ric Reitz), who says that he will pay for the repairs. The only thing the protagonist has to do is spend the night cleaning Willy’s Wonderland, an abandoned family entertainment center and restaurant. But as soon as the Protagonist begins his work, the eight mechanized puppets come alive and start hunting him. Unfortunately for them, he is not their regular prey. As Liv (Emily Tosta), one of the teenagers who come to rescue the protagonist, tells Sheriff Eloise Lund (Beth Grant), he isn’t the one who is trapped with the animatronics; they are trapped with him.

Willy’s Wonderland Ending: Why Do the Animatronics Try to Kill the Protagonist?

The film offers a detailed exposition about what started all this through Liv and her friends. Two decades earlier, the restaurant used to be owned by Jerry Willis (Grant Cramer), who was later revealed to be a serial killer. He brought together several similarly twisted and psychotic people and turned killing into a group affair. He and his associates would often lead oblivious families to the “Super Happy Fun Room,” where they would be given a birthday cake and personal performance by Willis himself dressed in a weasel costume.

These shows always ended with the deaths of each member of these families, including the children. It only stopped when the police raided the place. Not wanting to be arrested, Willis and his 7 associates killed themselves in a Satanic ritual. This allowed them to transfer their consciousness to the animatronic that represented them. For instance, Willis became Willy the Weasel, the mascot of the restaurant.

The group suicide didn’t put a permanent stop to the killings. 10 years pass without any incident. Tex acquired the business and had it reopened. And odd incidents involving animatronics started to happen soon after. When people started dying, Eloise, Tex, and Jed took the initiative for the rest of the town to go to Willis and make a deal. The eight supernatural entities would spare the town in exchange for a steady supply of human sacrifices.

Since then, the town has been sending unsuspecting victims to the restaurant. The Protagonist catches Jed’s attention because he appears to be a drifter, someone for whom people won’t come looking if he goes missing. They don’t realize that they are sending a tiger to a fox’s den.

Who is the Protagonist?

‘Willy’s Wonderland’ consciously maintains an aura of mystery around its main character. It never reveals his name nor any information on where he is coming from or where he is going. Cage doesn’t even have a single line of dialogue in the film. But the protagonist exudes this quiet menace that borders on psychotic behavior in its own way. Even after becoming aware that evil animatronics are trying to kill him, he continues to clean the place and drink beer during the intermediate breaks with an eerie nonchalance. Each time he destroys one of the animatronics, he changes his t-shirt and goes back to work.

When the entities start killing the teenagers, the protagonist is fully immersed in an arcade game. He only intervenes to prevent them from killing Liv. It is evident that he is well-trained and has a complicated past. None of the animatronics, except for maybe Willy, pose any real danger to him. When Eloise realizes exactly what kind of a man they have sent in as a sacrifice this time, she gets the Protagonist handcuffed at gunpoint, hoping that this will placate Willy. But the Protagonist gets freed and later proceeds to destroy Willy the Weasel.

Who Is Liv? Why Is She Intent on Burning Down the Restaurant?

The film begins with the murders of a couple (Chris Padilla and Olga Cramer), who are later revealed to be Liv’s parents. Like the protagonist, they were ensnared by Jed, who told them that they could spend the night at the restaurant and just had to do some light cleaning as payment. Eloise later found their young daughter, still alive and hiding in the closet. The Sheriff brought the girl up, but Liv refuses to accept Eloise’s explanation. She is aware of the series of horrific acts that have been performed there over the years and rightfully holds Eloise responsible for them. 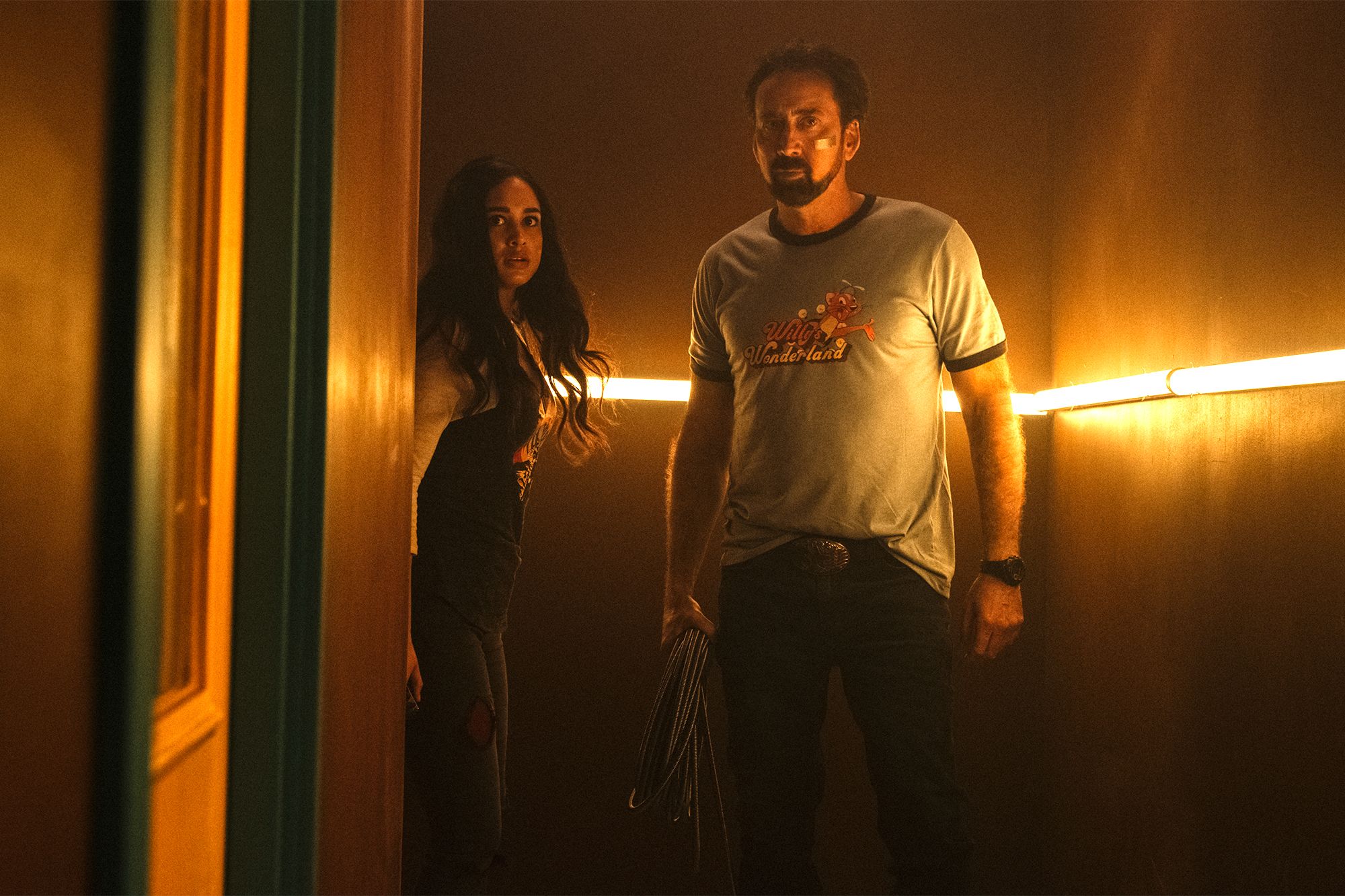 Liv and her friends have left warnings on the restaurant walls for the potential victims. She tries to set fire to the restaurant before Eloise arrives and takes her into custody. Liv later comes back with her friends and attempts to get the Protagonist out of the restaurant before realizing that he can actually end the killings. The following morning, after the protagonist reclaims his car keys from Tex and comes outside, Liv leaves the town with him. With Eloise’s passing and the deaths of her parents avenged, nothing else holds her in Hayesville.

Why Do Jed and Tex Die?

Along with Eloise, Jed and Tex instigated the evil pact with Willy. It might have been done in desperation to save the townsfolk, but that doesn’t absolve them from their crime. They knowingly led several individuals to their deaths. Eloise doesn’t even seem to have an issue about letting some children from the town die in the restaurant. When Chris (Kai Kadlec), one of Liv’s friends, calls the police station to report that they are stuck inside the restaurant, she shows no intention of saving him and his friends, stating that “people made their beds, they gotta lie in them.” it is only when Chris tells her that Liv is also there with them that she starts taking action.

Eloise dies when Willy cuts her in half. In the film’s final sequence, Siren Sara, the animatronic that looks like a fairy, sticks a cloth into the fuel receiver of Tex’s car and sets fire to it. The resulting explosion kills both Tex and Jed and destroys Siren Sara. As he leaves the town with Liv, the Protagonist runs over Tito Turtle, the only remaining animatronic. With all the entities gone and their three main enablers dead, the town has finally been purged of all evil.