Is Wind River Based on a True Story? 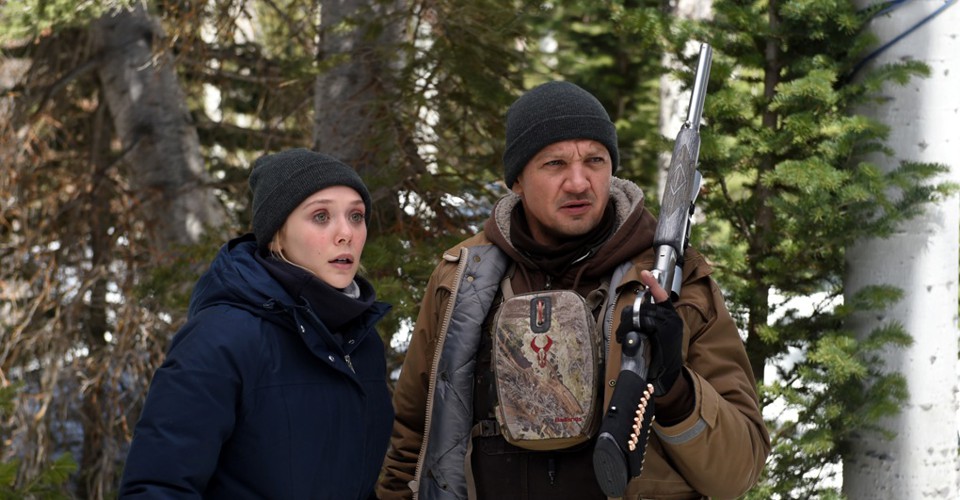 ‘Wind River’ is neo-Western murder mystery movie that was released in 2017. Starring Jeremy Renner and Elizabeth Olsen in lead roles, it serves as the third film in director Taylor Sheridan’s trilogy which is called “the modern-day American Frontier.” The film follows two law-enforcement officers from different departments trying to solve the mystery surrounding the murder and rape of an eighteen-year-old girl.

Taylor Sheridan is an actor and filmmaker who is known for re-conceptualizing the contemporary Western film. His trilogy, “the modern-day American frontier” includes the 2015 movie, ‘Sicario’ and ‘Hell or High Water’ which was released in the 2016. The latter had been nominated for four Academy Awards including one for Best Picture. As stated earlier, ‘Wind River’ is the third entry in his trilogy and is inspired by disturbing real-life events.

Is ‘Wind River’ Based on a True Story?

Technically, no. The movie’s plot is completely fictional. However, it has been inspired by the real-life concern surrounding missing and murdered indigenous women in Canada and the United States of America. To make it clearer: The story of ‘Wind River’ is not directly related to, based on, or inspired by any single murder case of an indigenous woman. Rather, it is Sheridan’s attempt at throwing light on the topic which deserves more attention (more on that later).

Jeremy Renner stars as a U.S. Fish and Wildlife Service tracker, Cory Lambert while Elizabeth Olsen plays an F.B.I. agent, Jane Banner in ‘Wind River.’ The film begins with Lambert discovering the frozen body of an 18-year-old-girl in the Wind River Indian Reservation in Wyoming. Banner arrives on the crime scene after Lambert’s discovery to investigate a possible homicide case since F.B.I. has jurisdiction in Native-American reservations. The autopsy confirms that the girl was murdered and raped before that.

When the duo decides to meet the girl’s boyfriend for questioning, they find him dead as well. Flashbacks reveal the gruesome night when the girl had been murdered. Meanwhile, as Lambert and Banner come closer to solving the mystery, their own life gets threatened. After a nail-biting climax, a chilling piece of information is displayed at the film’s end: the fact that missing-persons records are maintained for every demographic group except for Native American women.

The Truth Behind Missing and Murdered Indigenous Women:

However, what is even more disturbing is the fact that these crimes have some of the lowest rates of persecution. ‘Wind River’ is based on thousands of such true stories. It was the above-mentioned statistics that urged Olsen to immediately accept Sheridan’s script.

The low persecution raters are a result of a gross double-standard in the American judicial system. A person charged for a non-felony crime committed inside a reservation can only be caught within that reservation. If he/she manages to make it out of the reservation, they are practically freed of the crime they commit as the judicial system cannot charge him. However, if a Native were to be charged with a non-felony crime against a non-Native, he/she can be prosecuted by both, the federal government and the tribal police which has jurisdiction over the reservation. In an interview, Olsen called this “a double standard of medieval proportions.”

After working on the movie, Olsen joined the non-profit organisation, The Rape Treatment Center to support such ill-fated assault victims. Over 1000 Native American women have been murdered in the last thirty years and that is a concerning statistic. There have also been cases involving serial killers like Robert Pickton who was responsible for the deaths of 49 women in Vancouver.

‘Wind River’ exposes this blatant negligence of justice with its crime thriller story. Olsen’s character is portrayed to be one who believes in the justice system until she is assigned this case which changes her mind completely. Her character serves as a form of caricature to highlight the American public’s belief in a justice system which suffers from such glaring flaws. While the movie definitely helps raise awareness about the issue, it also urges viewers to consider the plight of the Native American woman for whom the quest for justice is often extremely tough.