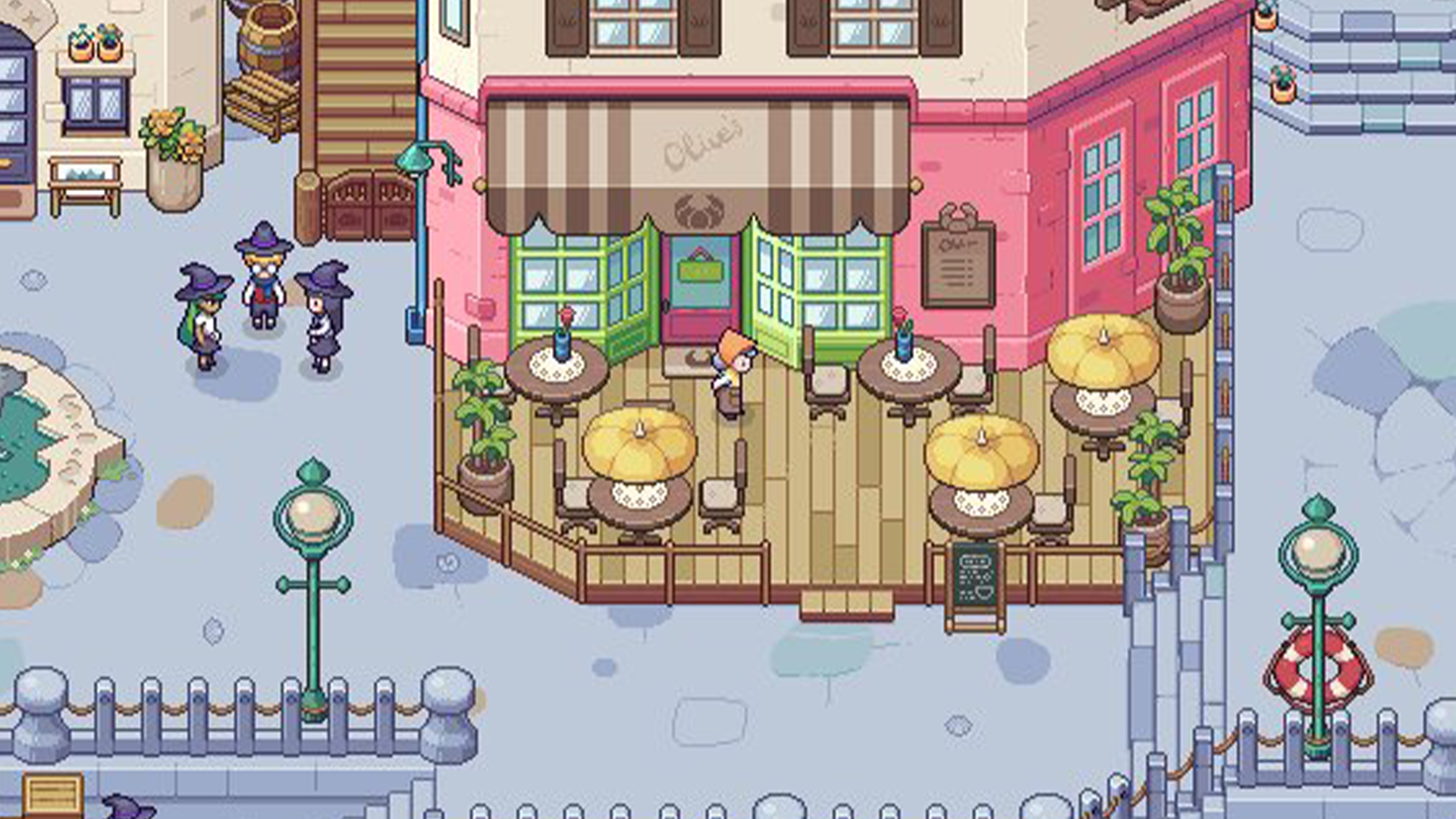 The long-awaited magic-themed offering from British video game company, Chucklefish, with the working title ‘Spellbound’ finally got an official name last year, after months of empty speculation. The new title, which is still very much under development, is called ‘Witchbrook’, another name which serves to underline the game’s clairvoyant inclinations.

Given the developer’s track record thus far, there is an understandable amount of hype around any of their projects, and ‘Witchbrook’ is no exception. Read on to find out everything we know about the upcoming Hogwarts simulator from the folks behind ‘Starbound’.

Witchbrook Gameplay: What To Expect?

Much like many of Chucklefish’s other games, ‘Witchbrook’ is a Role-Playing Game (RPG) and life simulator hybrid game presented from a top-down isometric view. The art style is also very reminiscent of Chucklefish’s previous endeavors such as ‘Starbound’, ‘Stardew Valley’ and even the upcoming ‘Wayward Tide’, a beautifully nostalgic 32-bit pixel aesthetic with oodles of color and character.

However, the theme of ‘Witchbrook’ is entirely different from anything the developers have worked on before. In ‘Witchbrook’, you play as a student currently attending a school of magic. Like any good student, you follow a daily routine of classes and other activities in order to enhance your thaumaturgical skill and eventually graduate from the school.

The first thing that I’m sure you’re reminded of after hearing the pitch for ‘Witchbrook’ is very likely going to be Harry Potter. A school of witchcraft and wizardry where you attend classes, partake in adventure, make new friends and eventually graduate? It sounds very much like Harry Potter. If this is indeed the case, then Harry Potter fans everywhere have reason to rejoice.

Besides Harry Potter, the concept behind “Witchbrook’ is also very reminiscent of Rockstar Vancouver’s criminally underrated 2006 game ‘The Bully’. That game showed how much potential there was in an RPG game revolving around everyday school life, and ‘Witchbrook’ could very well carry on that legacy.

‘Witchbrook’ integrates several other features we have come to expect from Chucklefish’s games, such as full day and night cycles as well as changing seasons. Both of these mechanics affect gameplay extensively, with a nighttime curfew forcing players to either play nice or sneak around during nighttime under threat of detention if you get caught.

There are also four distinct weather conditions in the game, each lasting for a period of 30 days (1 month) according to the in-game calendar. This affects the gameplay in various ways, possibly including seasonal events such as Halloween or Christmas.

Of course, being a Chucklefish game, ‘Witchbrook’ is bound to be chock full of quests, activities, mini-games and other distractions for the player to engage in, including potion making (you’re in a magic school after all), cooking (even wizards have to eat!), fishing, card games, chess and possibly even broom racing.

According to the game design document for ‘Witchbrook’, the spells you learn in class also help you in your various extracurricular activities. Be warned though, not every spell in the game can be learned in school, and you can get into trouble for dabbling in the forbidden magical arts.

However, what is perhaps the single most enthralling thing about ‘Witchbrook’ is its focus on creating an authentic, living, breathing world for the player to explore. As a player, nothing breaks immersion like an empty world populated by generic Non-Playable Characters (NPCs) who lack any semblance of a personality.

‘Witchbrook’ promises the opposite – interactive characters each with their own quirks, desires and even in-game birthdays. You can also engage certain characters in romantic interactions, go on dates and eventually fall in love.

For all its similarities to ‘The Bully’ and Harry Potter, ‘Witchbrook’ stays true to the Chucklefish tradition of providing engaging, yet relaxing experiences. There is no heart-pounding action of bombastic set pieces designed to get your adrenaline flowing. Instead, ‘Witchbrook’ is the type of game to kick back and relax with after a long day, and lose yourself for hours inside its fanciful world.

Witchbrook Developers: Who Are the People Behind It?

‘Witchbrook’ is developed by London based British video game development studio and publisher Chucklefish. Chucklefish is a relatively new player on the scene, having been founded in 2011 by its director Finn Brice with the goal of creating retro-style games. Chucklefish has already made a name for itself by developing games such as ‘Starbound’ and ‘Wargroove’, as well as publishing commercial smash hits such as ‘Stardew Valley’ and ‘Risk of Rain’.

Witchbrook Release Date: When And Where Can I Play It?

There is no official release date or timeline for ‘Witchbrook’ yet, and the game is still very much in the early stages of development, with the developer just having wrapped up production on ‘Wargroove’ earlier this year. However, ‘Wargroove’ will likely be supported with post-launch content and DLC (Downloadable Content) at least for a while, which could delay ‘Witchbrook’. As things stand, the earliest ‘Witchbrook’ is expected to release is in 2022.

‘Witchbrook’ has been confirmed for PC already. Console versions are also a possibility, but they will likely arrive for the next-generation PlayStation 5 and Xbox Series X.