Here Are All The Locations Where ‘World on Fire’ Was Filmed 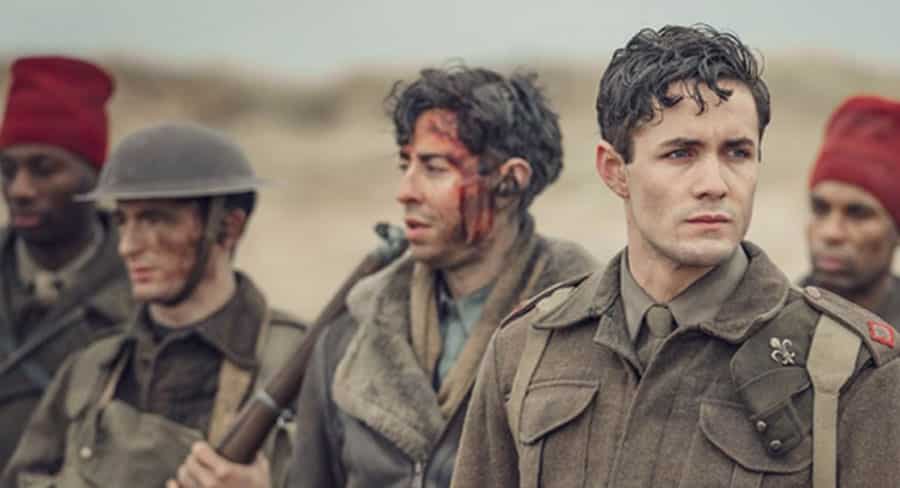 ‘World on Fire‘ is a riveting war drama that explores the lives of ordinary people during World War II. The series expertly shows us the hidden facets of their existence. Since these people come from a variety of places, like Britain, France, the USA, Poland, and Germany, their tales are diverse and intriguing.

One might say that ‘World on Fire’ has a narrative that spreads across Europe. It seems to be necessary to portray the magnitude of the war. Thus, the stories switch between Britain, France, Poland, and Germany. There are repeated visits to Paris, Warsaw, Manchester, Berlin, and Dunkirk. With a story set in so many locations, viewers must be curious about where ‘World on Fire’ has been filmed. We have got you covered with all the details.

Where Was World on Fire Filmed?

In ‘World on Fire’, the story might be set in different locations. However, filming commenced in two places. England and the Czech Republic witnessed the filming process for the war drama. Naturally, you might be curious about specifics when it comes to filming. We have you covered there, as well.

In the Czech Republic, scenes were shot at Prague and Zatec. In England, Lancashire and Manchester witnessed significant chunks of filming. Now, let us tell you in greater detail about the places that feature in ‘World on Fire’.

The glamorous city of Prague stands in for Berlin, Warsaw, and Paris. A street set was built, complete with a half-demolished factory, to portray the Polish capital. Speaking to Conde Nast, Helen Ziegler, the executive producer, said, “We built some of the set beyond it, so you had these perfect streets, then as you told the story, we pulled apart the set and destroyed it, and then revealed the ruins beyond.”

The grander buildings in the city represent Berlin. For example, an art deco Picturehouse from 1909, on Vodickova street, appears in the show.

Zatec lies 50 miles northwest of Prague. It is a well preserved, picturesque town. Some scenes, like Kasia’s bicycle tour with Harry Chase, her British lover, were filmed here. Notably, parts of ‘Jojo Rabbit‘ was also shot at Zatec.

Manchester also stands in for Warsaw, to some extent. Filming took place around Duke Street and Castle Street, located near the Castlefield area. The cobbled streets and large steel pillars beneath the railway tracks at Castlefield is turned into a train station, in the series. You can check out a tweet about filming at Castlefield.

More filming happening near the gallery in #Castlefield today. It's for a forthcoming BBC #WWII drama, World On Fire, with @HelenHunt and #SeanBean pic.twitter.com/v2UlmfW9mE

Other Manchester locations to make their way into the series include the HMP Manchester, the notorious prison, the John Rylands Library at Deansgate, which also doubles as a Warsaw cathedral, the Rochdale Town Hall, and the Greater Manchester Police Museum on Newton Street.

When it comes to portraying Dunkirk, the cast and crew opted not to go to the real-life location. Instead, scenes were filmed at St. Anne’s beach, Lytham, south of Blackpool. You can check out two tweets below, showing filming commencing at the beach.

Not your traditional location shot today! This is Lytham beach with a camera crew filming for the BBC show World on Fire. The shot was taken by Sarah G Ascough 📸 pic.twitter.com/rvzBcfmONF

Pals on the BBC tonight is antiques roadshow from @LythamHall & the series World on Fire afterward with Sean Bean is filmed in Lytham & Lytham St Annnes beach🏖us girls tried to do some star spotting when filming earlier this year. This our local beachy we always go for zoomers😊 pic.twitter.com/P17P4vsNWL

The Fylde Sand Dunes also feature in the show. According to local reports, “During filming, the team had to take out a few of the posts that we use for building up the sand dunes, but the production company was very understanding about the consequences this may have had and financially compensated the project with the amount it would take for the team to re-establish the posts.” You can see a tweet put out, proud to see the dunes ‘in action’.

In January our @FyldeSandDunes project hosted Mammoth Screen for the filming of their epic @BBCOne drama 'World On Fire', and it's finally time to see our beautiful dunes in action as the first episode airs tomorrow at 9pm! Read all about it: https://t.co/y9Cc6wKDUl #WorldOnFire pic.twitter.com/jROho5CzEV

Several other locations near Manchester, appear in the series, for various purposes. Harry’s mother’s house is filmed at Lymm Hall, near Warrington, at a 16th-century manor. Lois’s workplace is actually at Leeds and Braime Pressings in Hunslet. Filming has also taken place at Kent.

Instead of crossing the channel, to portray France, the crew filmed scenes at Wigan. You can check a tweet about ‘World on Fire’ being shot there.

Have you seen the filming for “World on Fire” BBC drama near Frog Lane here in Wigan? 🎥

When Harry is posted to Northern France, the scenes in the woods are actually filmed at Ainsdale Nature Reserve, near Liverpool. You can check out BBC’s tweet about shooting in and around Liverpool.

Filming of movies and TV dramas in Liverpool boosted its economy by £17.6 million this year, according to the city's film office. That's £1.5 million more than 2018.
More high-end dramas like "The Crown" and "World on Fire" filmed in Liverpool, with a 26% rise in production days pic.twitter.com/VnclnRPk8s

From the tweet below, we are also given to understand that filming took place in Yorkshire.

Therefore, ‘World on Fire’ has made smart use of locations, primarily in England and the Czech Republic, aided by stellar set designers, to capture the effects of the second world war, as felt across Europe.