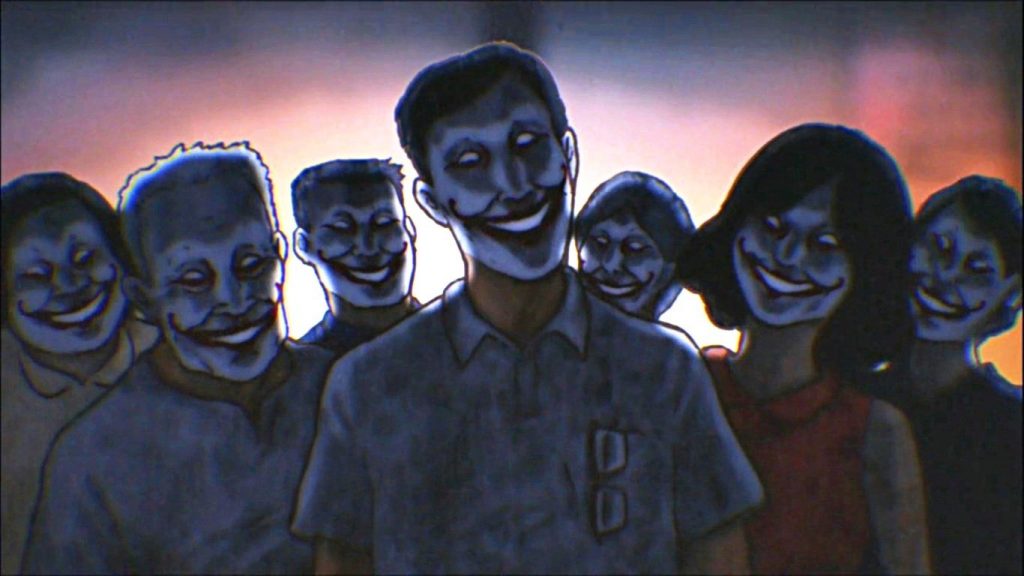 More often than not, be it any medium, when you step into the darker side of entertainment, you’re left with nothing but disappointment. Horror has always been one complex genre where certain elements that may be terrifying for one person may actually be downright hilarious for another. Some might enjoy watching shows that have a dark subtle undertone with a grim story, while others may just prefer bland jumpscares with no overarching plots.

When it comes to anime, only a few horror shows like ‘Another‘ and ‘Serial Experiments Lain‘ are known for having some sort of an impact on most viewers. ‘Yami Shibai’ is another horror anime that remains unknown to most viewers and because of all the inconsistencies in its quality, despite having close to 7 whole seasons now, it is not as popular as other mainstream shows. But for anyone who enjoys watching horror shows that slowly grow on you with their ominous tone and desolate atmosphere, this one is the perfect anime. Instead of relying on any kind of gore or violence, the anime brings in purely terrifying stories of chilling urban legends and folklore. ‘Yami Shibai’ is dynamic, bleak and is unlike anything you’ll ever see.

Yami Shibai Season 8 Release Date: When will it premiere?

‘Yami Shibai’ Season 7 premiered on July 8, 2019 and with a total of 13 episodes, it came to an end on September 30, 2019. ‘Yami Shibai’ is the kind of anime that may not have a very huge fan following but it has a fixed number of loyal fans who would be willing to watch all of its seasons. When it comes to Season 8, there have been no confirmations regarding it yet, but since the anime has been consistently coming out with new seasons since the past 6 years, the odds of getting one are fairly high.

One big reason why the creators of this show have been able to produce a new season almost every year is that it is not based on a manga or light novel. All the stories involved in it are completely original and not confined to any source material. Considering the release schedules of all the previous seasons, the next one should be out in July, 2020. We don’t have any official dates as of now, but our most optimistic guess is that ‘Yami Shibai’ Season 8 will release sometime in July, 2020.

An official English dub of ‘Yami Shibai’ is not available yet, but just recently, Sentai Filmworks announced that it will be producing a dubbed version of the show. Till then, you can stream it on Crunchyroll with its original Japanese audio and English subtitles.

Almost every single week, a strange man, whose real identity still remains unknown, shows up at children’s playground wearing a strange yellow mask and tells them the scariest ghost stories from different eras about Japanese myths and urban legends. Instead of just reciting these stories to the kids, he uses a traditional kamishibai, a paper drama method, to present a whole new story each week. Season 3 takes a very different approach where instead of the old man showing up, a young boy sits on the playground with the same mask on and he uses illustrations to introduce the creatures of the stories.

Season 4 again follows the old format where the old man shows up at the playground in the evening. Season 5 takes a slightly different turn and instead of presenting a story with the old man showing up again, in this one, the kids actually gather around to call the old man. In season 6, the kids can be seen in a forest and the old man simply emerges from the shadows and then puts on his mask to recite the stories. Season 7 also has a very different setup and in this season, instead of telling the stories on a playground or in the woods, the old man presents them in a closed spooky apartment.

The entire series just has one prominent character who shows up in almost every single episode. This character is the “Storyteller” whose real identity is unknown and almost throughout, he also keeps his face hidden with a strange yellow mask. He is an old man who shows up at a kid’s playground every single day, somewhere around 5 p.m, and starts telling some ancient forgotten horror stories that are related to old Japanese urban legends and folklore. Using the traditional paper scroll method, also known as kamishibai, he illustrates all of his stories on the back of his bicycle.