‘Young Royals’ is a Netflix coming-of-age drama series that revolves around two youths from entirely different circumstances. At the start of the series, Prince Wilhelm of Sweden or Willie (Edvin Ryding) is forced to attend the prestigious Hillerska Boarding School after being involved in a drunken fight at a nightclub. Wilhelm is a rebellious and lonely teenager who has access to almost everything in his life but desperately desires the only thing that can never be his — an ordinary life. Meanwhile, Simon Eriksson (Omar Rudberg) is a talented choir singer from a working-class background. Their lives completely change after they meet at Hillerska. After the death of his brother, the crown prince Erik, the situation becomes complicated for Wilhelm as he is compelled to take up his late brother’s duties.

In season 2, Wilhelm and Simon once more face rivals, dangerous plots, and accidental enemies in the guise of friends. If you are wondering what happens at the end of ‘Young Royals’ season 2, we got you covered. SPOILERS AHEAD.

When season 2 of ‘Young Royals’ begins, some time has passed since Wilhelm confessed to Simon in front of the entire school, and the latter didn’t answer. Wilhelm has come to believe that the two aspects of his identity — his sexual orientation and royal status — will always be in conflict with each other. Although it initially appears to be so, Wilhelm soon discovers that there are others with diverse preferences at school. The difference between him and them is that they continue to lead their lives discretely, while he has been outed by August, who is a cousin of his.

August’s actions have not only jeopardized Wilhelm but also the royal family itself, making the generally amiable Crown Prince particularly vengeful toward his cousin. Wilhelm ensures that August loses his position as the prefect of the third year and captain of the rowing team. Meanwhile, worried about Wilhelm’s behavior, the court convinces Queen Kristina to put August in the line of succession after Wilhelm. The idea is that if Wilhelm continues to prove himself unfit for his responsibilities, he will be replaced with August as the heir. Hoping to make it look like a smooth transition, the court suggests August should deliver the upcoming Jubilee speech at school if Wilhelm becomes unwilling. The queen realizes that her son is losing friends at the court, but she is unable to help him. 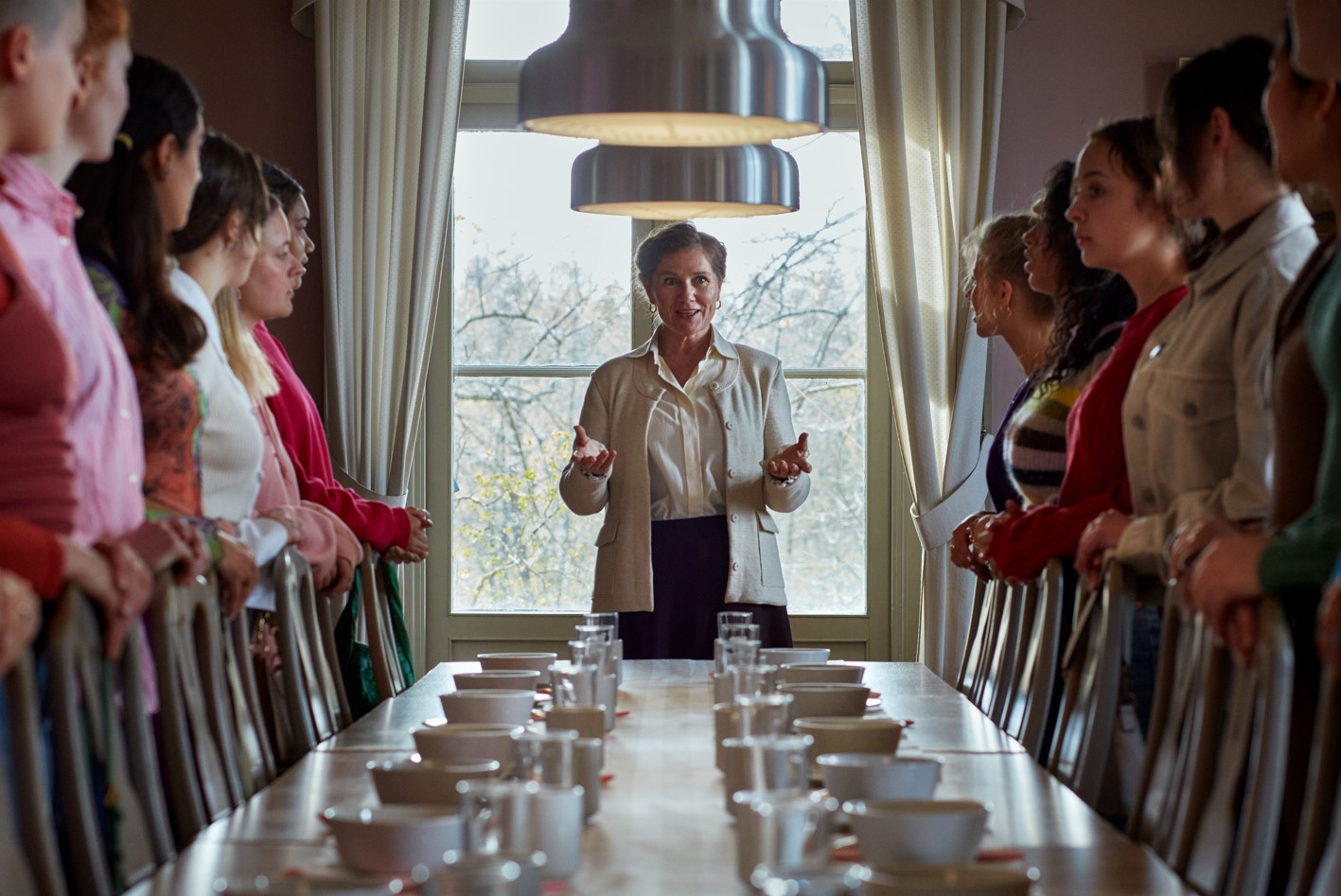 Life is further complicated for Wilhelm when he discovers that Simon has started seeing a local boy named Marcus. Becoming genuinely conflicted, he seeks comfort from his childhood friend, Felice. One evening, while they are together, they share a kiss. Just as things start to become more intimate, one of Wilhelm’s fellow students walks into the room, prompting Felice to leave awkwardly. Meanwhile, Sara falls in love with August. Even though she knows exactly who he is, she thinks he will do the right thing. When August leaked the video of Simon and Wilhelm together, he basically released child pornography into the internet. If Simon decides to go to the police with this, it will mean complete ruin for August. Sara suggests to August that he should pre-emptive such accusations by approaching the authorities first.

In season 2 episode 6, August’s worst fears come true, and Simon learns the truth. To stop him from going to the authorities, August takes desperate measures. As the day of the Jubilee speech rapidly approaches, Wilhelm learns the court’s intentions about him and August.

When Wilhelm returns to school, he has no idea that he has to deliver a speech at the 120th anniversary of the school, an event where his mother will also be present. Not a lover of public speaking, Wilhelm becomes infuriated about the prospect and angrily calls his mother and demands to be put on the speaker. He blames the queen for his problems with Simon and tells the court that he doesn’t want to give the speech.

This gives the court enough sense of uncertainty that they convince the queen to officially acknowledge August as a prospective heir. When August is summoned to the court, he fears it is for the leaked video. It is only when he meets up with the queen that August discovers he has been placed in the line of succession. Suddenly finding a purpose in his life, August decides to be a better person, but that’s easier said than done. Soon enough, old sins catch up with him.

When Simon expresses his desire to approach the police about August’s actions, Wilhelm tries to dissuade him, knowing what both the royal family and the school’s reaction to it will be. Ultimately, it is Wilhelm who gives the Jubilee speech. When the announcement is made, Wilhelm is initially reluctant, prompting one of the courtiers to inform August to be ready. However, just as August gets off his chair and approaches the microphone, Wilhelm also gets up, much to his parents’ delight. Realizing this, August goes back to his chair. In his speech., Wilhelm questions tradition and age-old rules before claiming he is responsible for the leaked video.

Why Does Wilhelm Claim He Released the Sex video?

It is Sara who informs August that her brother has found out about who leaked the clip. Even though he promised Sara earlier that he would go to the authorities and pre-emptive the damage, August convinces a fellow student named Alexander to take the fall. Alexander was earlier found guilty of carrying drugs after Wilhelm spoke against him. August threatens Wilhelm that if Simon tells the police about the leaked video, he will say to the police about drugs, implicating Simon. 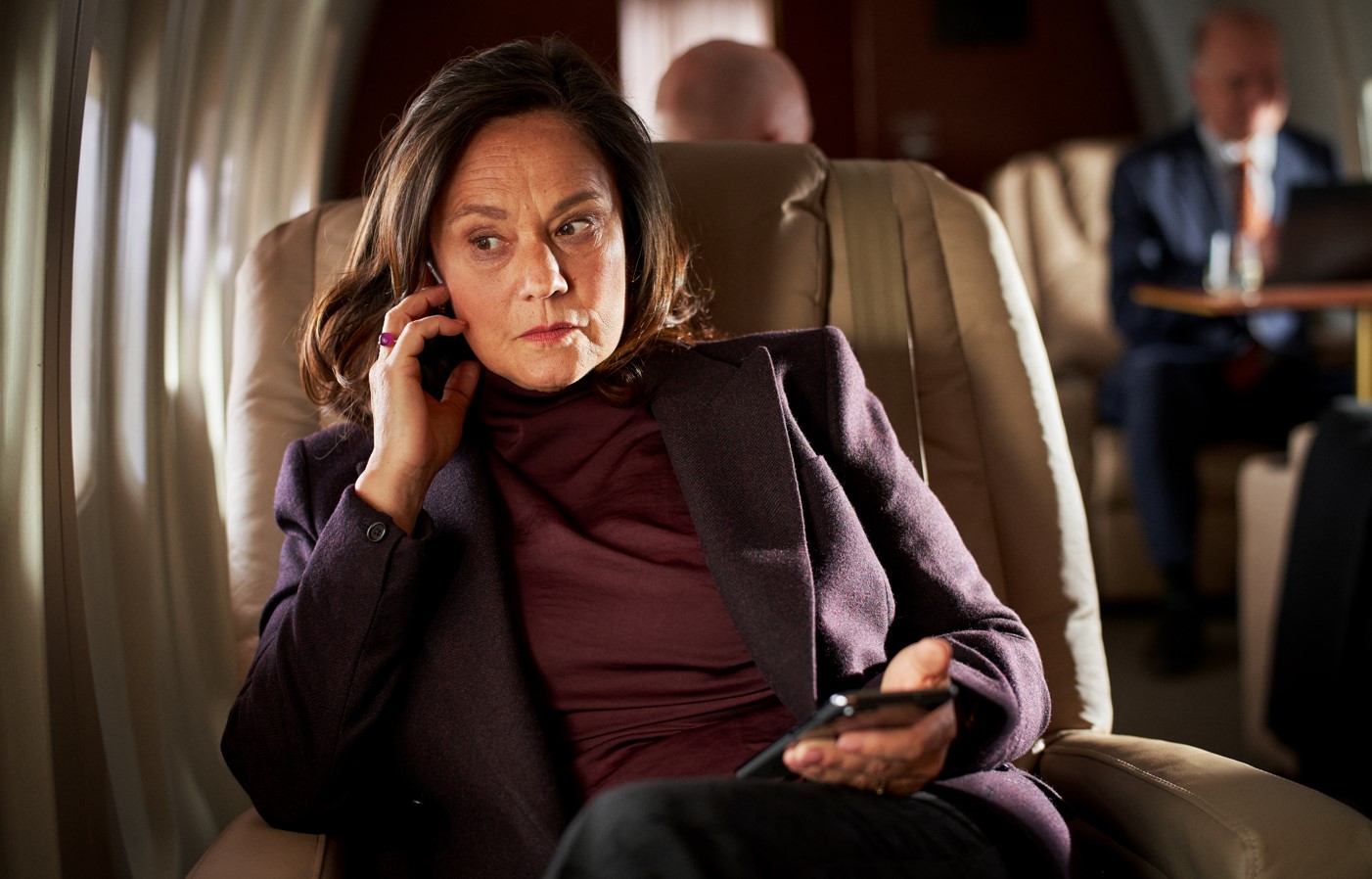 At the same time, this probably puts him in serious trouble. It will be interesting to see where the plot goes after this. Wilhelm seems ready to embrace his life as a crown prince, but his actions are bound to impact his life and those of his loved ones.

Why Does Sara Call the Police?

In the season 2 finale, it finally comes out Sara has been revealing information to August. When confronted about this, she finally becomes disillusioned about her and August’s relationship. To his credit, August does consider going to the authorities for a second, but he decides not to after realizing that the court might not help him. As the jubilee celebration goes on, Sara texts an apology to her brother before calling the authorities. Although we are not explicitly told why she calls the police, it is easy to make an educated guess. Sara is perhaps the only person against whom August can’t retaliate. So, she is in the perfect position to report the truth about the leaked video. Neither Simon nor Wilhelm is aware of this. But their lives are bound to get easier when these allegations come to light and August is arrested.

Read More: When and Where Does Young Royals Take Place?