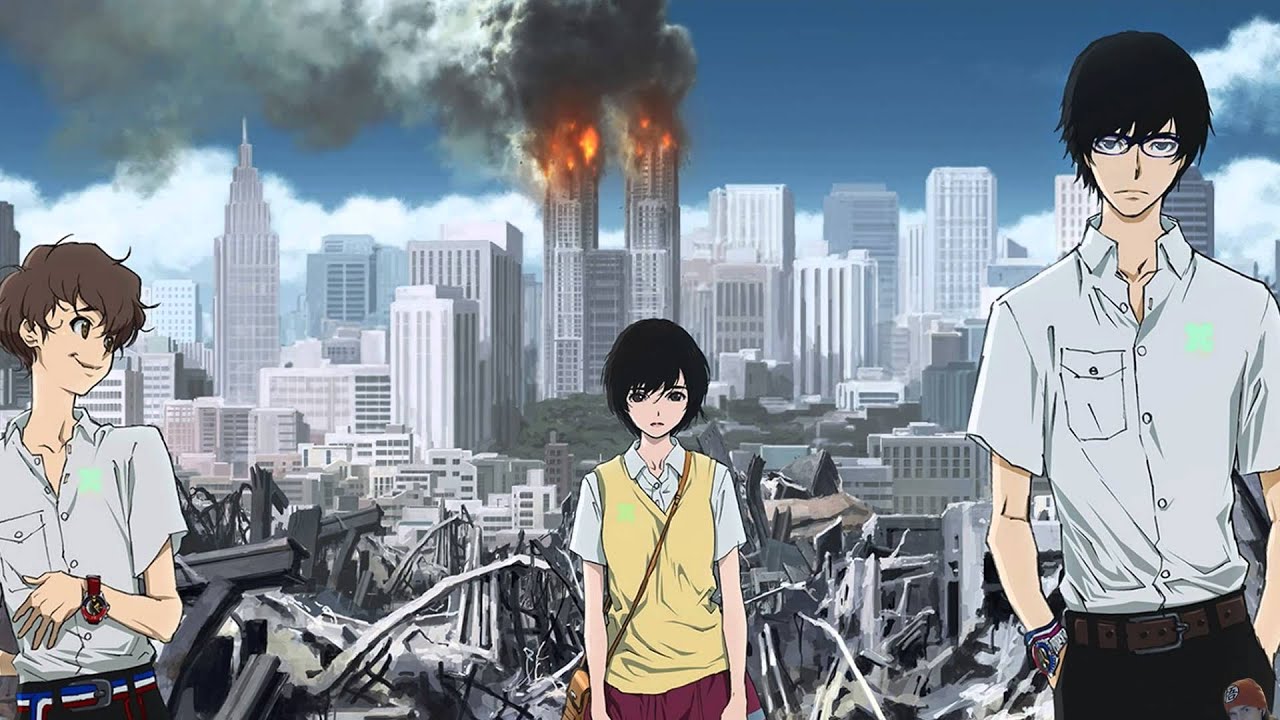 Sometimes your expectations from an anime or a TV show rely completely on the creators behind it. ‘Zankyou no Terror’ is one such show which was really hyped up because it comes from Shinichiro Watanabe, who is known as the writer of ‘Samurai Champloo‘ and ‘Cowboy Bebop‘. Like many other fans, I also love his work and I was really looking forward to watching this one because I knew what to expect from him. But I believe that is exactly where I went wrong. The first few episodes were truly beyond my expectations, but what followed surprised me in a not so good way. ‘Zankyou no Terror’ is a great anime but anyone who keeps false hopes that it will turn out be on par with Shinichiro’s previous works will certainly be left disappointed.

As the title suggests, ‘Zankyuo no Terror’ is an anime about terrorism. The concept is brilliant and has never really been used in any other anime series. This is what initially caught my attention and knowing that such a unique concept is coming from Watanabe, I knew that this one would be worth it. The way the plot is written is also quite interesting. It shows you the perspectives of the terrorists and the policemen who are chasing them. But this whole concept takes a nosedive because the way it is shown creates no sense of tension or terror between the two parties.

The series initially shows a lot of potential and could’ve been a great cat and mouse game just like ‘Death Note‘. But instead, with its lackluster characters and predictable storyline, the show just goes on without really fleshing out the true motivation behind what the characters are doing. The purpose and meaning of the main characters’ actions are only revealed in the last few episodes, due to which they come off as distant.

But apart from all these flaws, there are certain good aspects to the anime as well. The two main positives of the show that’ll make you stay all the way till the end are its animation and the sound. Each scene is backed up with an amazing soundtrack that fits in really well and even the animation is very well done, with enough detailing and fluency provided to each of the characters.

Getting to the overall verdict, I would say that ‘Zankyou no Terror’ is not all that bad. It’s just the preconceived notion that we have that ruins the viewing experience for us. Many fans who had no clue about Watanabe’s previous works actually enjoyed the show because they watched it with no expectations at all. I still wouldn’t call it genius just because it delves deep into terrorism but I’ll say that it was a good attempt at portraying something new. It could’ve definitely been better but that does not mean it’s not enjoyable at all.

Zankyou no Terror Season 2 Release Date: When will it premiere?

‘Zankyou no Terror’ season 1 premiered on July 11, 2014 and ended on September 26, 2014, featuring a total of 11 episodes. After this, no adaptations, side stories or even OVAs were made out of it, which is rather strange for an anime that has been so popular. Contrary to my personal opinion about it, many fans actually loved the anime and even compared it with ‘Death Note‘. Though there were initially some rumors about second season releasing in 2014, right now, there is no news and it almost feels like the fans are starting to forget about it. It does have a lot of potential and a little improvement can make it one of the best anime series ever, but as of now, our hope is that ‘Zankyou no Terror’ season 2 releases sometime in 2020 or 2021. We will update this section as soon as we hear more.

The English Dub of ‘Zankyou no Terror’ season 1 is available on Funimation, Hulu, Netflix, and AnimeLab.

‘Znakyou no Terror’ centers around two teenage boys who first perpetuate a nuclear facility and leave their mark by writing “VON” on the walls. The government is alarmed and so are the policemen who start panicking and instantly start looking for the ones who committed the crime. A few months after this event, a video is seen on the internet wherein the two boys confess their crime and openly challenge the police to catch hold of them before they completely destroy the city of Tokyo.

The public does not react to this too well and mayhem plagues the entire city. Meanwhile, the policemen desperately look for the two teenage boys before it’s too late. Detective Kenjirou is the main policeman who finds himself right in the middle of this conspiracy and he must race against time to make sure that his city remains safe. Slowly, the motives behind the intentions of the boys start to unfold, all of which goes way back to their tragic past that they are now trying to conceal through these acts of terrorism. 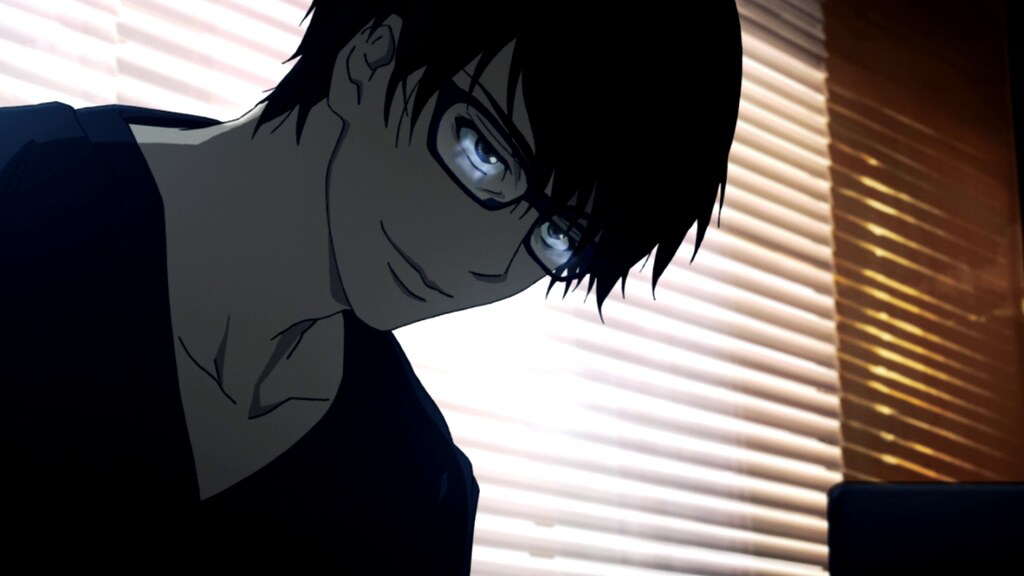 Nine is one of the two members of the terrorist group called Sphinx. He works with his childhood friend here, who grew up with him in an institution known as The Settlement. The two, during their teenage years, engage in terrorist activities for unknown reasons but as the story proceeds further, it becomes clear why they’re doing what they’re doing. Nine is tall and has an average built for a teenager. He has black hair with bangs that rest on his forehead and almost reach his eyes. He has cat eyes and often his eye color changes depending on the kind of light they’re reflecting. He is a good looking boy and many girls chase him to ask for his number. Nine has an extremely emotionless outward appearance, which makes him look like a sadist and a very stoic person. But later, when his past is revealed, his emotional side is reflected and it shows that all this while, he has just been suppressing his fear and genuine feelings. 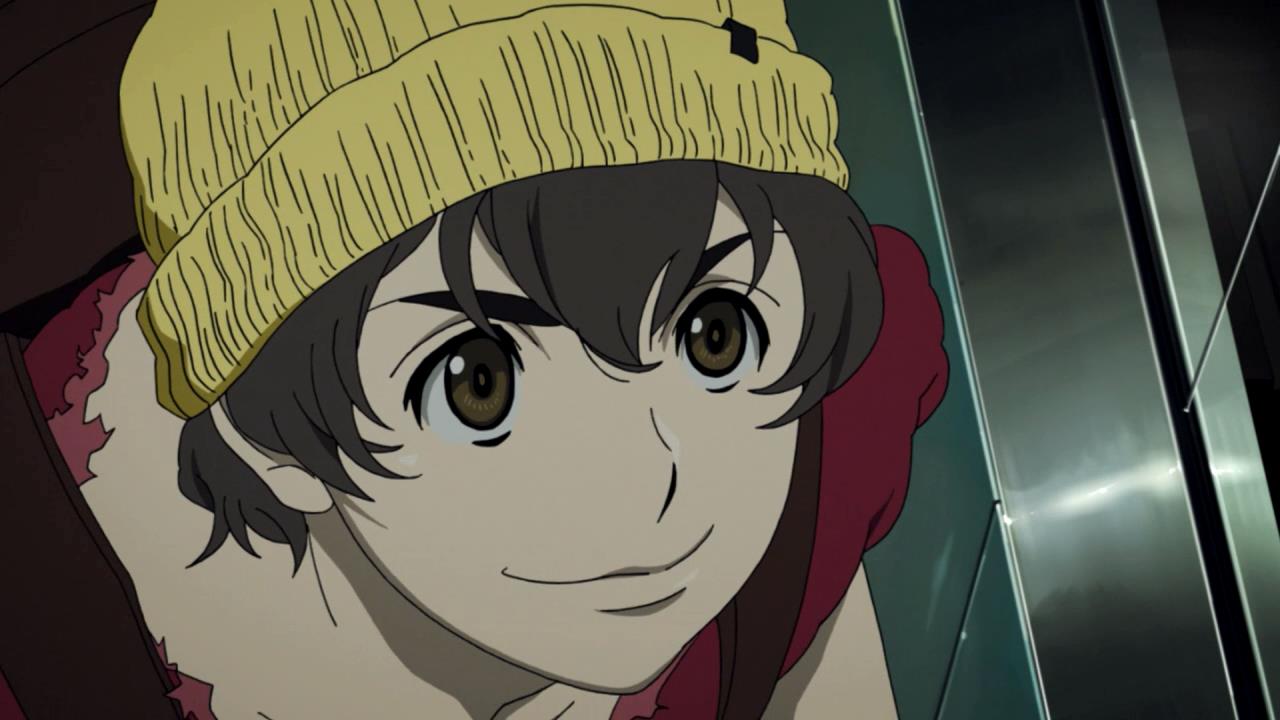 Twelve works with Nine as his primary partner in their terrorist group, Sphinx. Unlike Nine, he is really full of life and loves fooling around all the time. But deep inside, he is just like his partner and is willing to adopt ruthless methods of spreading terror when necessary. While Nine is really good at cybersecurity and hacking, Twelve is good at spotting security and getting past them in the real world. He has an exceptional memory and his motorcycle riding skills are also quite impressive. Twelve appears to be a little shorter than Nine and sports a very messy hairstyle. He is often seen with a big smile on his face that suggests that he may be up to something very mischievous. 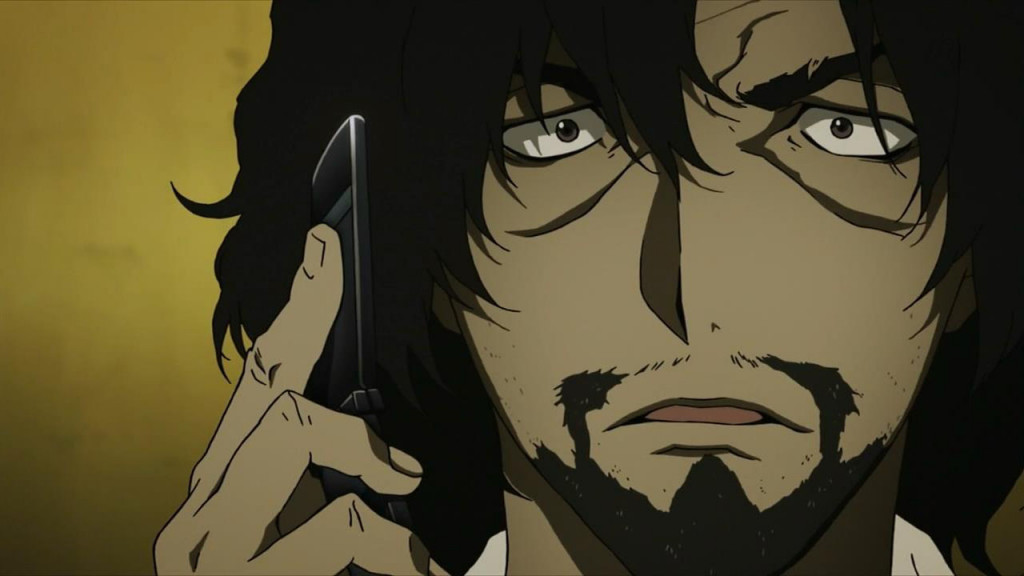 Shibazaki is a detective who works at the Metropolitan Police Department. In the Sphinx case, he works as a contemporary of the head of the case. One look at him and it’s easy to say that he’s lazy, aloof and tired of his work. But his whole personality changes in extreme situations where lives are in danger; this is where he turns into a very intelligent and intuitive detective. He is really experienced at what he does and his strong sense of justice is what drives him to excel at his work. During his childhood, he was amongst the third generation of Hiroshima survivors who were affected during the World War II bombing. Due to the deeply imprinted memories of his childhood, he fiercely opposes terrorist activities.