ZipString Shark Tank Update: Where Are They Now? 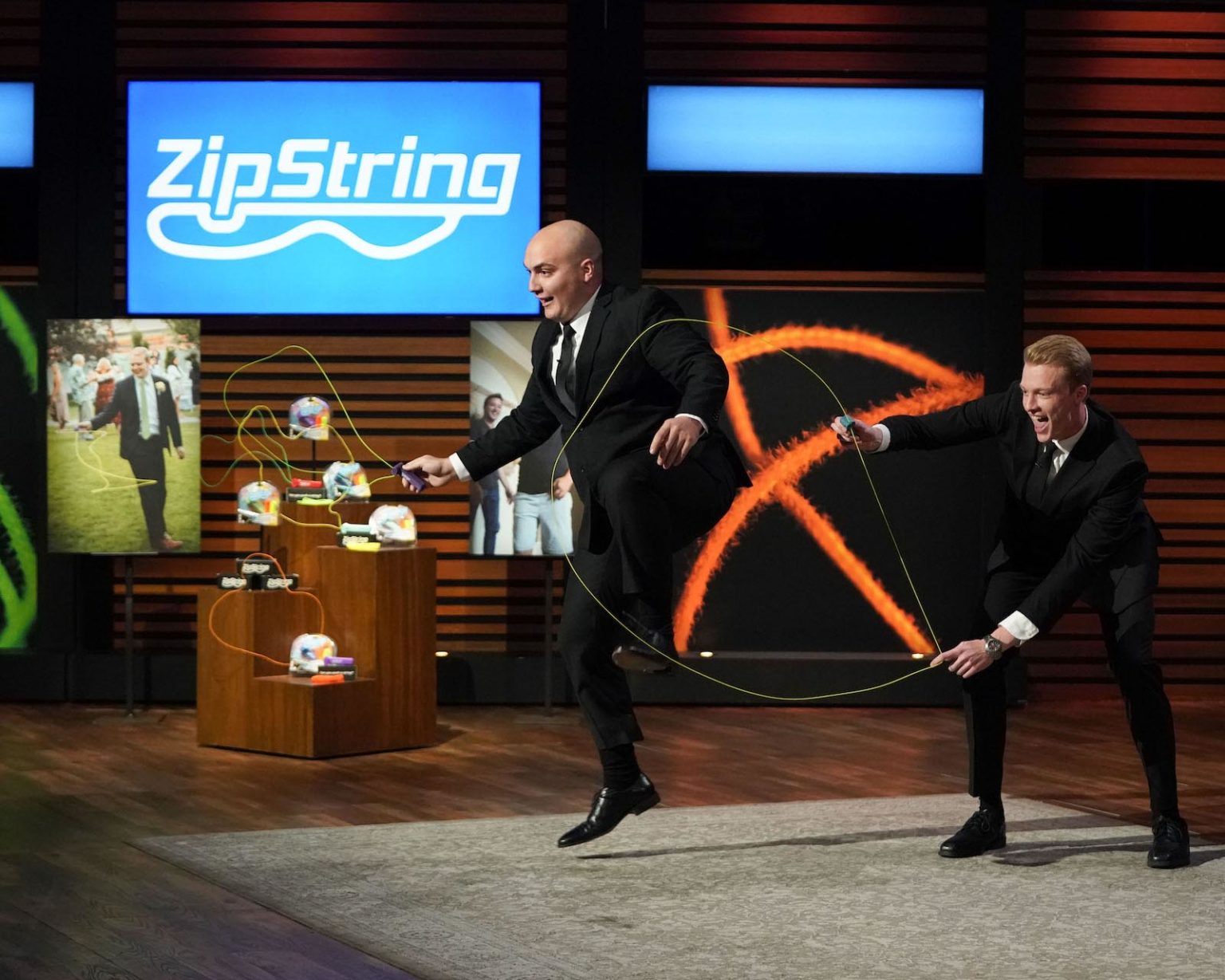 Although there’s no denying that the primary purpose of ABC’s ‘Shark Tank‘ is to essentially promote individuality and innovation at its source, there are sometimes when even this breaks bounds. Among them is ZipString from season 14 episode 9, especially since this start-up product can easily already be considered a likely competitor for trinkets such as the Rubik’s Cube or Fidget Spinners. So now, if you wish to learn more about the same — the organization’s founders, its background history, its mission and vision, as well as its current standing — we’ve got the details for you.

ZipString: Who Are They and What Do They Do?

It was while Stephen Fazio was pursuing an Electrical Engineering degree from the Georgia Institute of Technology that he created the first prototype of ZipString, then deemed a “string shooter.” The idea in his head was always simple; a small device would discharge a loop of string, which would then float in the air and be able to balance several forces of gravity, lift, as well as tension. However, its perfect execution was a lot more complicated than he’d anticipated, especially as the entire point was to ensure the string would follow every movement of its users, aka the Zipsters.

Stephen had actually hit a brick wall by the time he came across Utah’s Brigham Young University’s Manufacturing Engineer student Austin Hillam by pure chance in their shared home state of Georgia. However, because they almost immediately connected over their passions, the former decided to give his new friend a tour of his prototype-filled lab, and it led to them joining forces for good. In fact, they subsequently set up shop in the basement of Austin’s family home in Johns Creek, where they, along with the latter’s father, Mark, began tweaking the product until they had it flawless.

While the original “string shooter” was relatively chunky, Stephen, Austin, and Mark managed to redesign ZipString into a compact device, complete with a USB rechargeable battery for longevity. The two students then willingly decided to step away from their education so as to focus on their business alone, only to soon launch an international Kickstarter campaign for a bit of extra help. This funding drive reportedly raised an incredible $90,466 by October 2021, allowing them to officially establish the patent-pending ZipString for the world right in a pandemic, thanks to family, friends, and followers.

ZipString: Where Are They Now?

Even though ZipString has already sold thousands of pieces across 50+ nations and has gone viral, with one single video surpassing 20 million views, Stephen and Austin still proudly run the firm out of the basement. It doesn’t matter that the numbers indicate more than 200,000 million people have either seen or heard about Zipstring on different social media platforms; the duo is determined to continue pushing the pedal to reach the next milestone. We should actually mention the renowned Dude Perfect team even did tricks with ZipString on stage throughout their Nationwide 2021 tour.

For a mere $24.99, you can purchase a ZipString right now from either the company’s official website or Amazon — they’re available in the colors Rock’it Red, Bodacious Blue, Vivacious Violet, Luscious Lime, and Aesthetic Aqua. It’s imperative to note that a single package includes three different strings, specifiable by colors and lengths; green is short, yellow is medium, and pink is long. Then, all you have to do is load one of them in the charged device, point it in the direction you want the string loop to be in, and simply press the button to let it float.