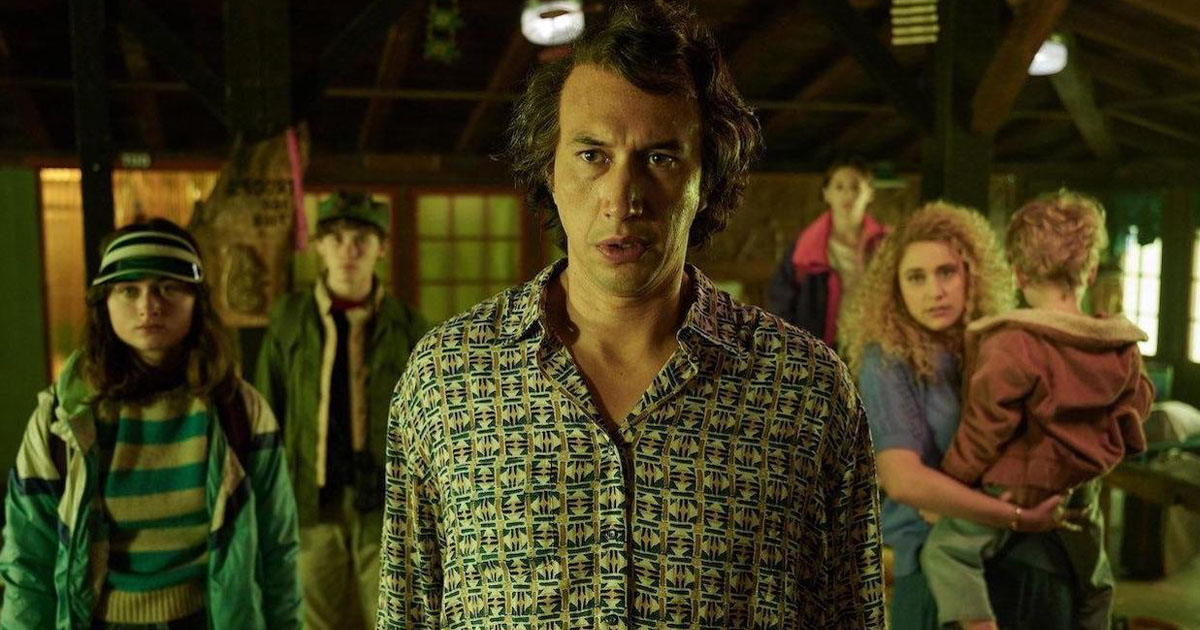 Noah Baumbach’s ‘White Noise’ is a drama movie that revolves around the Gladney family and their mundane daily life. Jack Gladney (Adam Driver) is a college professor and has a beautiful life in the suburbs with his family. However, a chemical leak threatens to uproot and unravel their lives in every way possible. The subsequent black cloud urges the Gladneys to escape their house and find a haven elsewhere. The film is adapted from Don DeLillo’s eponymous 1985 novel.

Baumbach is known for portraying the silliness of daily life blended with more poignant and overarching issues; he does the same here too. ‘White Noise’ talks about the dysfunctional family dynamics amid a life-threatening event that makes the Gladneys leave everything behind. If you want to watch movies with dysfunctional families or disasters at the plot’s core, then the following suggestions are perfect. You can watch most of these movies similar to ‘White Noise’ on Netflix, Hulu, or Amazon Prime. 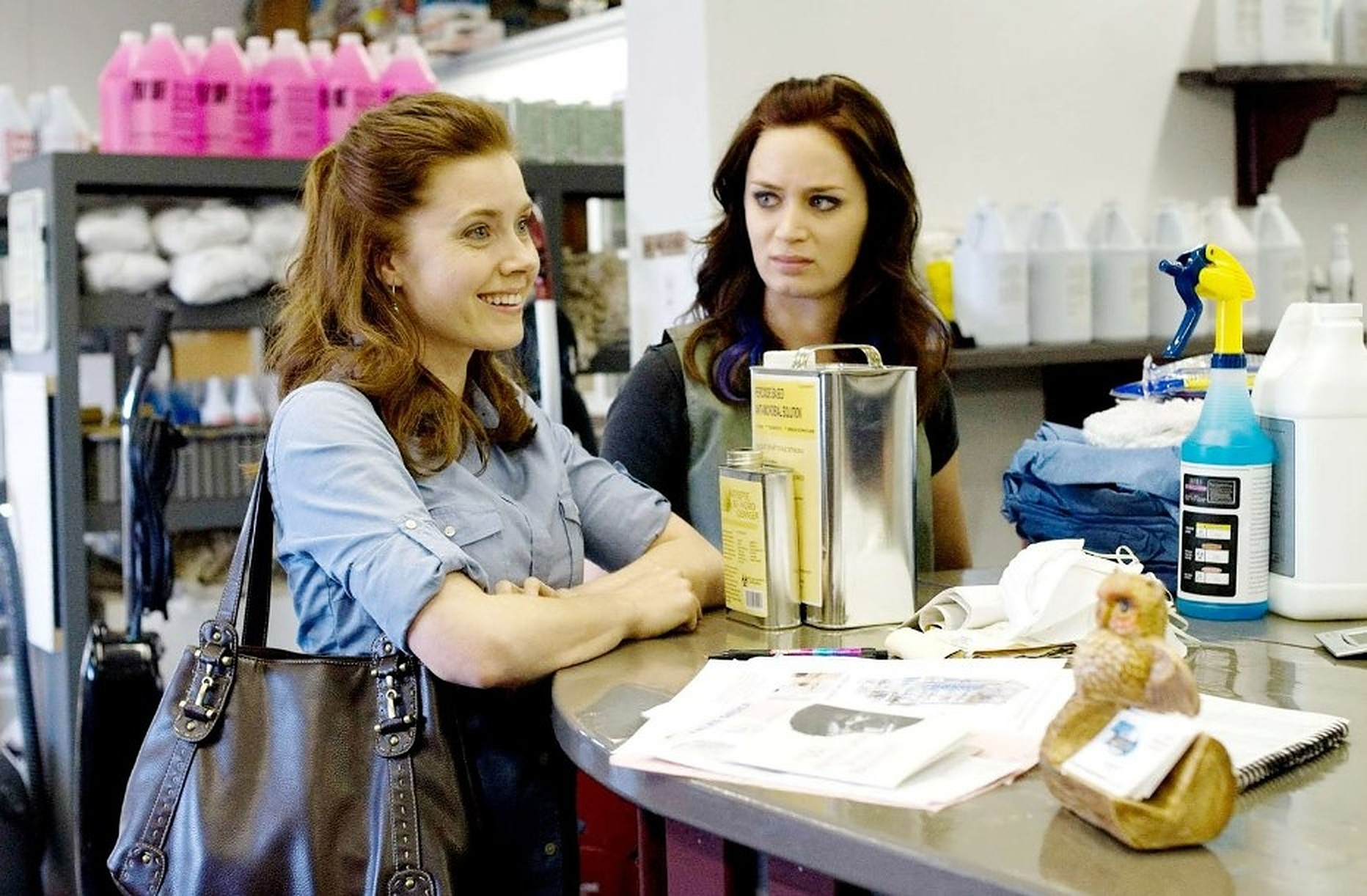 Helmed by Christine Jeffs, the comedy–drama movie ‘Sunshine Cleaning’ details the efforts of a mother, Norah, as she tries to give her son a good life. She wants to send her son to a private school for a better education, so she starts a strange business to earn extra cash. Consequently, she begins a cleaning service with her sister, which excels in cleaning biohazard or chemical substances. With Emily Blunt and Amy Adams in the lead, the movie perfectly portrays the lengths a mother will go to so that her kids are safe and sound. Like the Gladneys, Norah does everything she can to give her child the best. 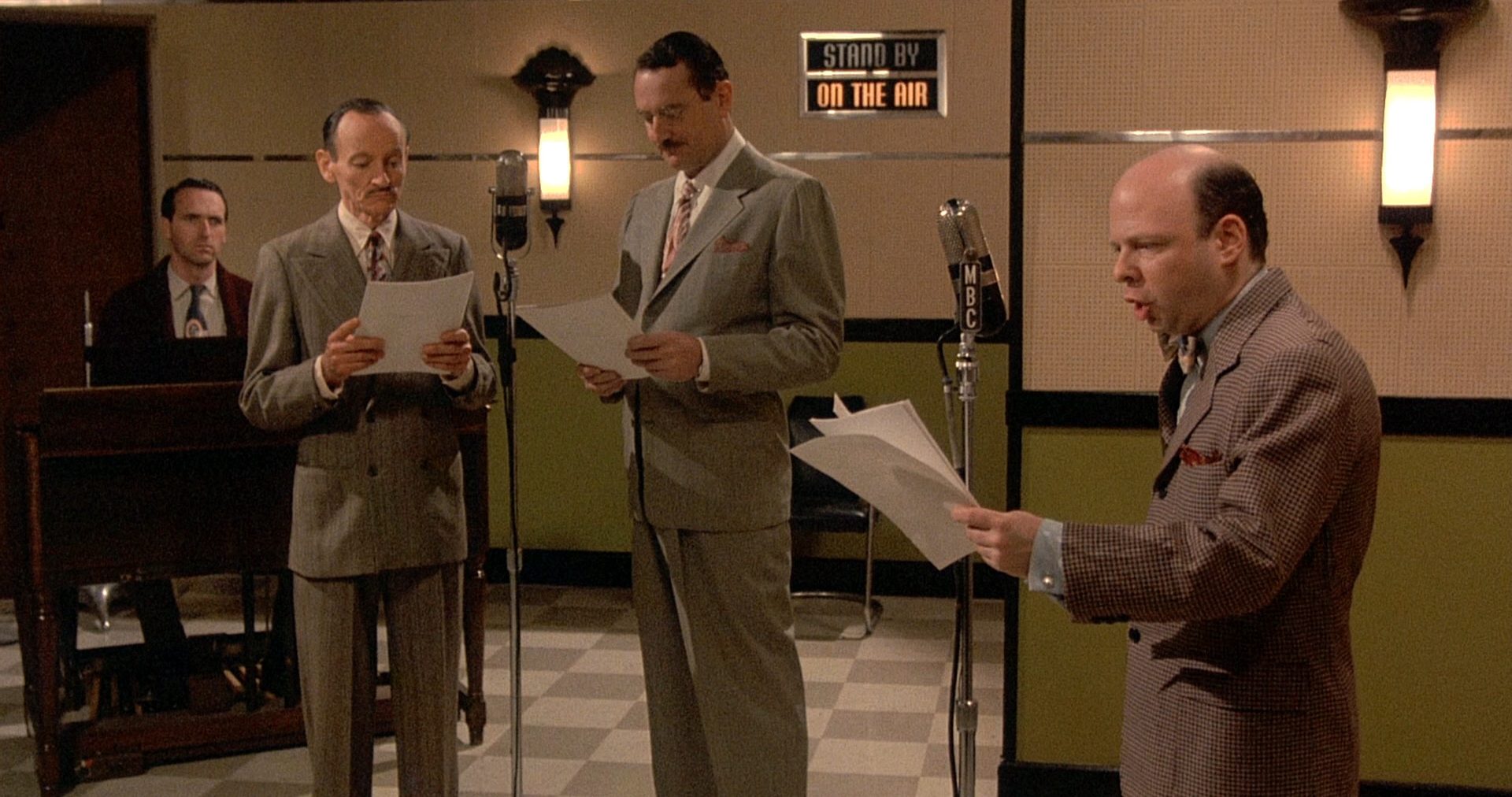 At the heart of this movie lies one of the oldest communication media, i.e., radio. ‘Radio Days’ glows in the reminiscent journey of a man as he shares incidents from his childhood and life in which radio played a significant role. He also narrates stories of his family, relationship, and even neighbors. Written and directed by Woody Allen, the comedy-drama movie focuses on the life of a family as impacted by radio. Similarly, the Gladneys in ‘White Noise’ have their lives upended by the leak disaster. In fact, their whole neighborhood has to shift because of the same.

The comedy-drama movie ‘Parenthood‘ follows the life of protagonist Gil Buckman. His personal and professional life pulls him in two different directions. Gil finds it tough to handle his kids’ needs and their individual concerns. However, his life goes awry when he learns that they are expecting another kid.

Moreover, Gil has more hindrances on his way when his siblings turn up with their own baggage. The movie, directed by Ron Howard, highlights how challenging life can be for parents. Like ‘White Noise,’ this movie puts parents at the heart of the film and explores their tribulations. Both movies present the challenges of parenthood and answering complex questions. 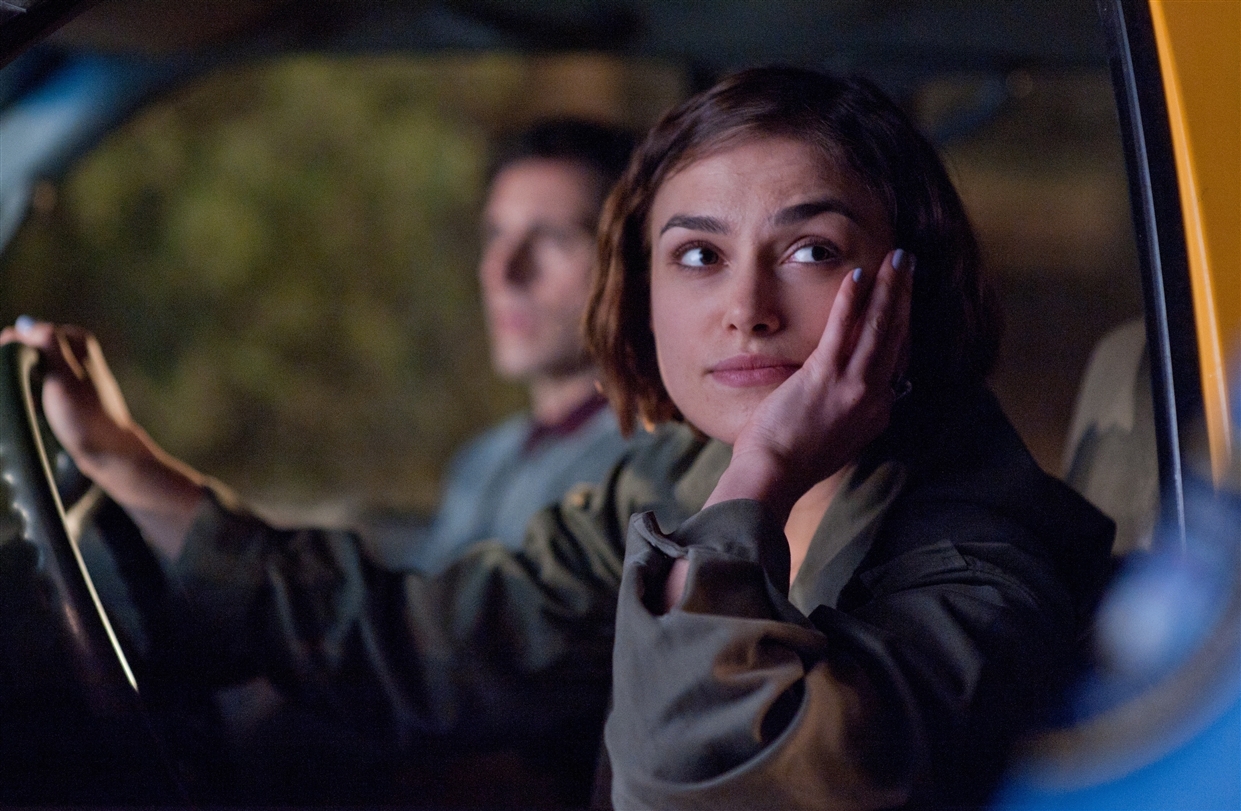 Directed by Lorene Scafaria, ‘Seeking a Friend For the End of the World’ is a sweet story of Dodge that starts somewhat rocky. He has a mild life that uproots as the news of an asteroid hitting earth becomes public. Subsequently, Dodge’s wife leaves him, and he becomes lonely. He pairs with his bold neighbor to venture into the unknown and find his soulmate before the world obliterates. Like Jack in ‘White Noise,’ Dodge in ‘Seeking a Friend For the End of the World’ also embarks on an inner journey. Both protagonists must keep it together for the sake of their companions and deal with the external disaster. 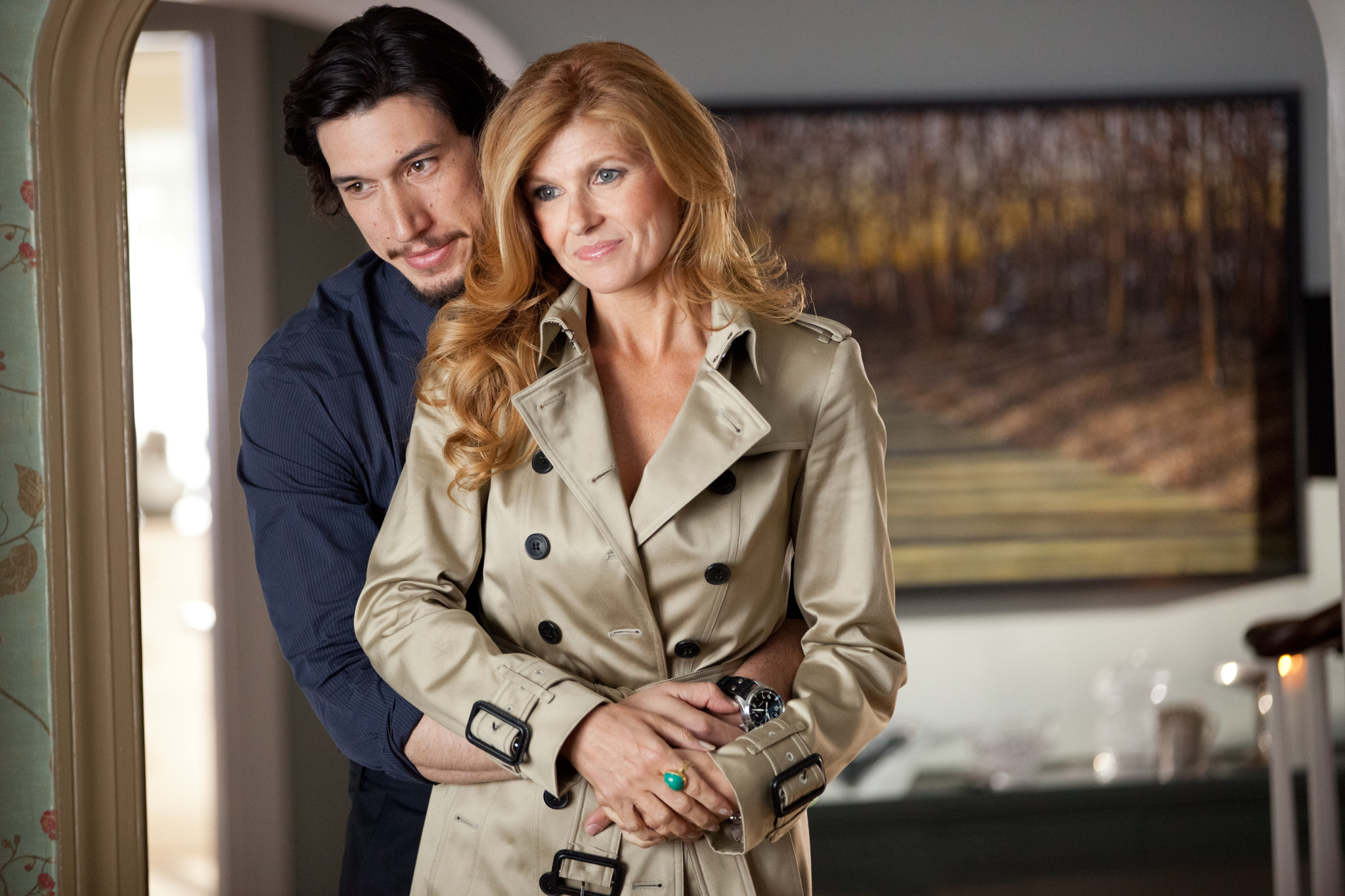 Directed by Shawn Levy, ‘This is Where I Leave You’ has an ensemble cast portraying all the elements of a comedy-drama movie. It features the Altman family, which is as dysfunctional as it gets. At a father’s funeral, his kids come together to grieve and reconnect. Four siblings reunite under one roof as adults and face reality. Along with them, their mother poses concerns of her own now that her life companion is dead. Both Gladneys and Altmans may appear perfect, but the family members know their reality. The consequent hardships are tough to overcome for both. 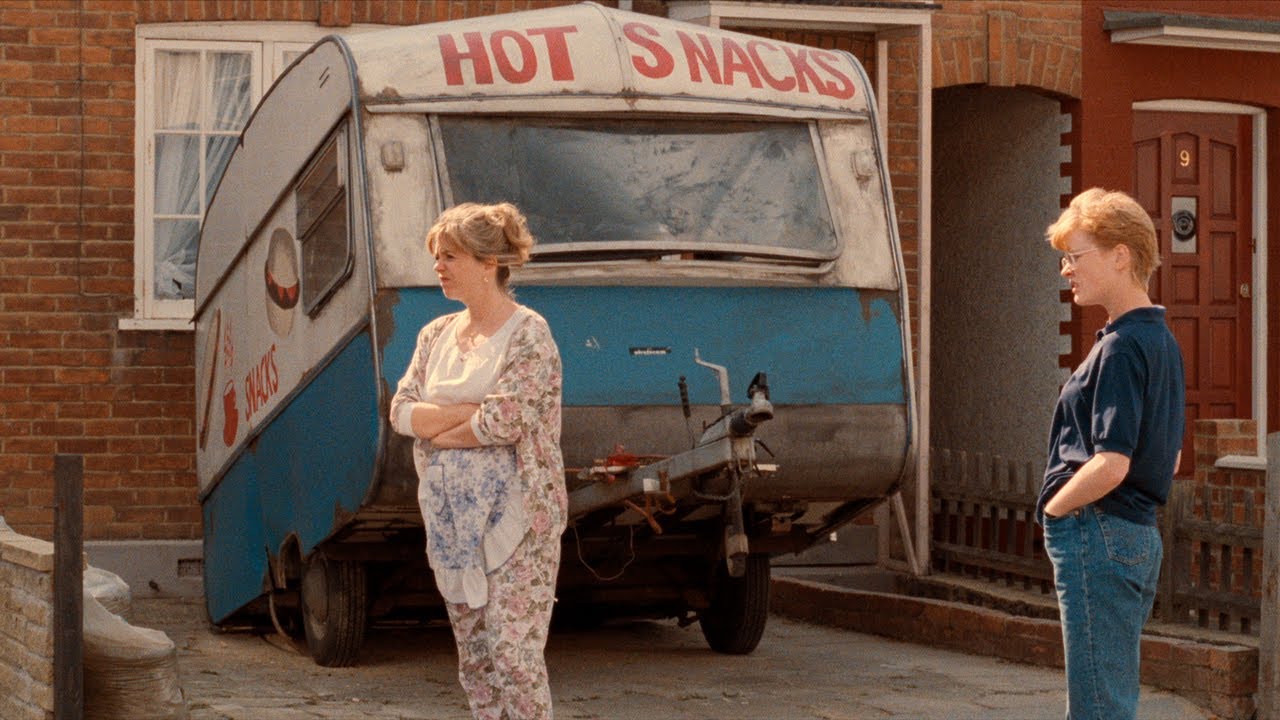 Written and directed by Mike Leigh, ‘Life Is Sweet’ narrates the tale of a family in their most mundane routine. Their life is ordinary, but it beautifully sparks their everyday aspirations. The family is set in London, and their heartwarming story is a treat to watch. The movie also received critical acclaim for the actors’ performances and the plot. Both ‘Life is Sweet’ and ‘White Noise’ outline the stories of a family in crisis. Along with that, their everyday troubles and turmoils find depicted in the respective movies. 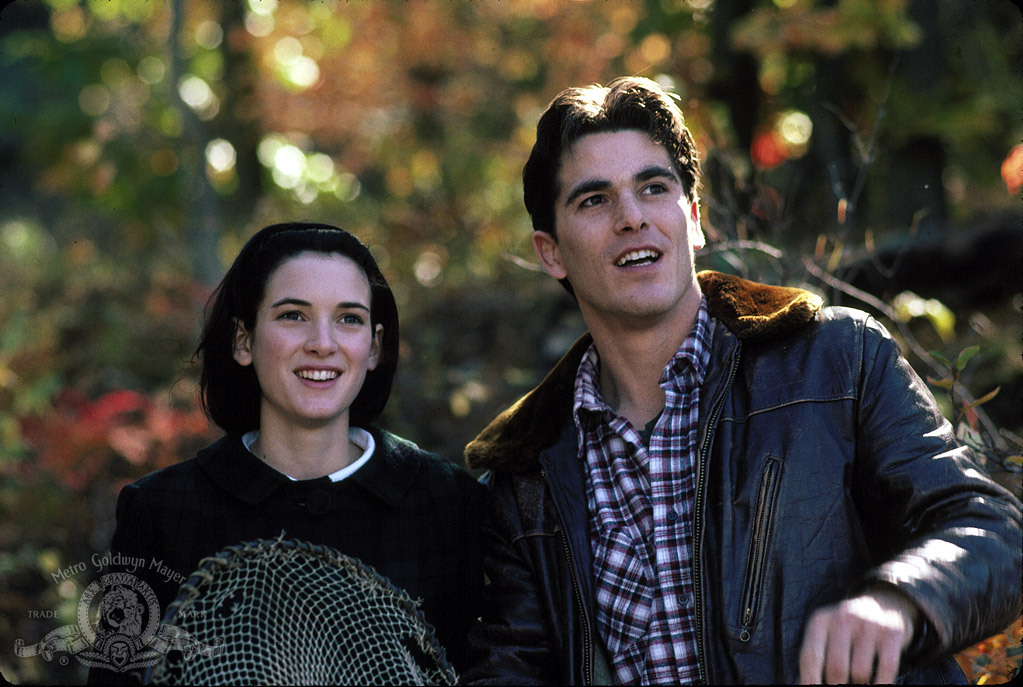 Directed by Richard Benjamin, ‘Mermaids’ is a drama movie with a highly complex family at the center. They might not face a disaster like the Gladneys, but they have their own concerns that affect the entire family, like in ‘White Noise.’Charlotte and Kate are sisters who are frustrated with their mother constantly being on the move. Mrs. Flax uproots their life whenever she feels like it. They reach a tiny Massachusetts town where the mother begins a relationship with a shopkeeper.

The family finally feels settled, but Charlotte’s raging hormones and attraction toward an older guy threaten their peace. The ultimate lesson in the movie is for people to accept who their family is. Changing or expecting alterations based on one’s perspective is unfair to everyone. 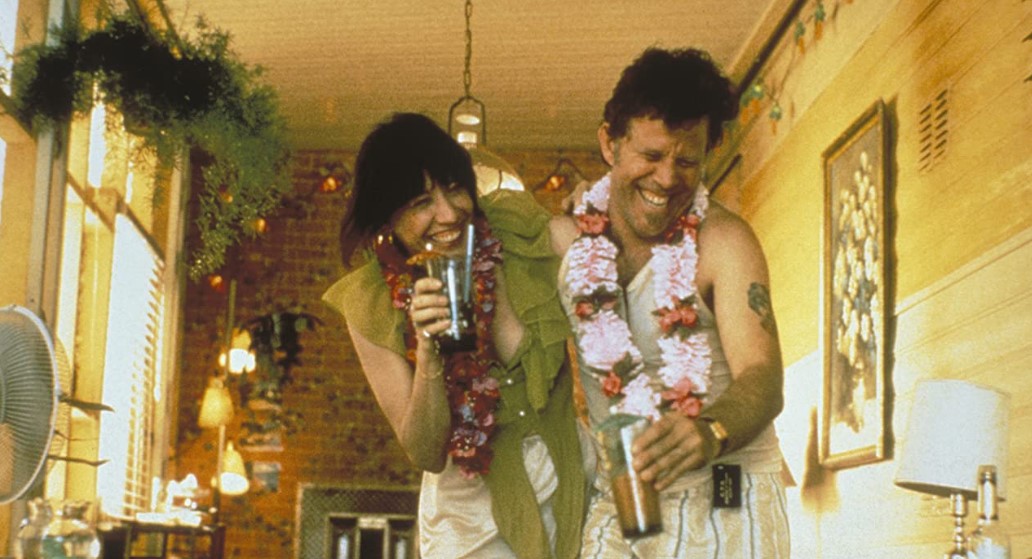 The drama indie film ‘Shortcuts’ is directed by Robert Altman. It is a blend of various stories of people living in one neighborhood. The characters are not as close-knit as a family but converge in some way or another. The movie navigates through numerous stories of love and longing, from a waitress and a child in a coma to a baker and a grandfather in a hospital.

The stories are adapted from Raymond Carver’s book of the same name. In ‘White Noise’ as well, the movie follows how the lives of the entire neighborhood are upended because of the disaster. Both films portray the coming together of a community against mundane issues or a great catastrophe.

Written and directed by Wes Anderson, the comedy-drama movie ‘The Royal Tenenbaums’ narrates the story of the titular family. When the family patriarch’s death inches near, three siblings of the family come together to spend their father’s last days by his side. Over time, they became successful and went down their own journeys, leaving the family estranged.

The death of their father brings them under one roof after years. ‘The Royal Tenenbaums’ is said to be partially inspired by Anderson’s own life. The portrayal of an imperfect and fragmented family is highly similar to the Gladneys of ‘White Noise.’ Both movies focus on how families are inescapable and the pillar that holds people together.

Written and directed by Kim Jee-woon, ‘The Quiet Family’ is a comedy movie featuring the family’s struggles to cope with the events. Mrs. Kang leaves her home behind in Seoul to open and sustain a lodge with her husband and kids. She aspires for some serene peace outside of the city’s bustle. Soon, their life spirals out of control when their first guest dies by suicide.

Subsequently, the family gets scared of the police and bad press. Hence, they keep the body hidden and do their business as usual. In a strange event, the following guests also keep dying, and the Kang family keeps burying them. This leaves the family in utter bafflement. Kangs and Gladneys come together under the brunt of difficult circumstances and make the best of whatever they have.

Read More: Why Are People Dancing at the End of White Noise, Explained