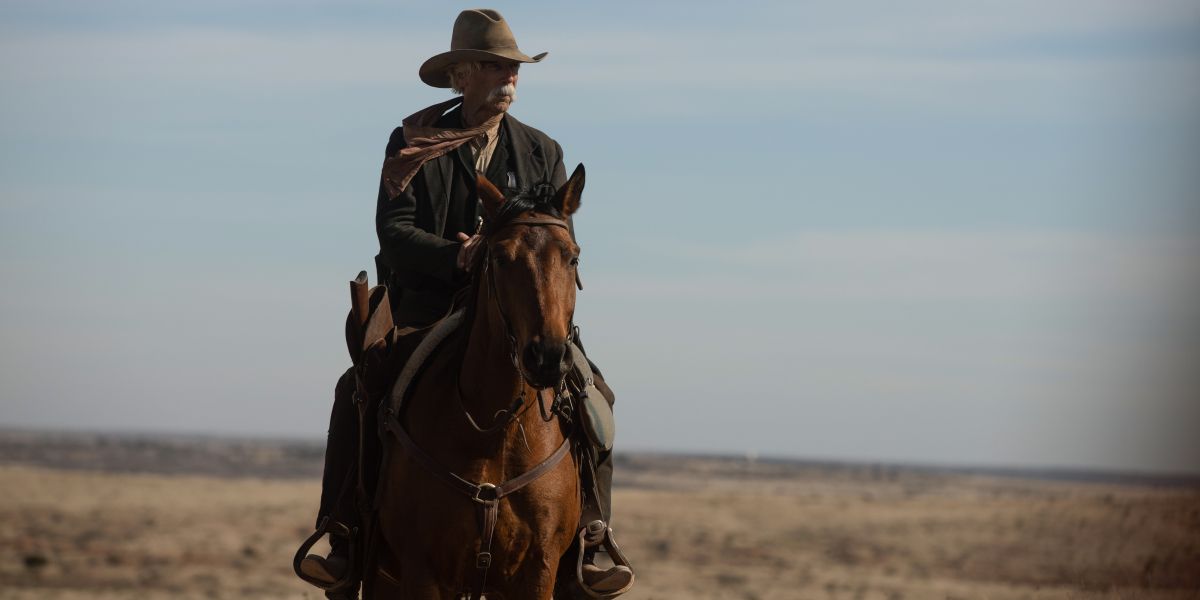 The sixth episode of ‘1883‘ sees the caravan led by Shea Brennan arriving at Doan’s Crossing, the last haven before the group ventures outside Texas. Following the tragic death of her lover, Elsa beings to contemplate the meaning and futility of life. While Elsa’s spirits are broken down, Shea uses his wisdom to guide the young woman past the river of her sorrows. Naturally, viewers must be wondering whether Elsa recovers from the loss of Ennis and what challenges the caravan faces in Doan’s Crossing. Here’s an answer to all your questions regarding the ending of ‘1883’ episode 3! SPOILERS AHEAD!

Episode 6, titled ‘Boring The Devil,’ opens with the wagon camp arriving at Doan’s Crossing. The settlement resides on the edge of the Texas border, and beyond it lies the Indian territory. Therefore, the group must gather all the necessary resources from Doan’s Crossing. Elsa is grieving the loss of Ennis and contemplates suicide. Shea talks to the young woman and reminds her that a part of Ennis resides within her. The best way to honor Ennis’ memory is for Elsa to continue exploring life. Thus, Elsa refrains from shooting herself.

Later, Margaret and Elsa head out to the market, and Elsa confronts a local man. She threatens to shoot him until James intervenes. Elsa returns to take care of the herd and meets Colton, a young cowboy hired by Shea to be Ennis’ replacement. Elsa acts cold towards Colton and refuses to introduce herself. At the market, Margaret meets a local shopkeeper named Carolyn, and the two share a few drinks. James and Shea study the nearby river and formulate a plan for crossing it.

Elsewhere, Thomas tries to hire a cook and must put up with the latter’s numerous demands. Thomas reluctantly agrees, and the caravan finally has a cook. Later, Thomas buys Noemi a gift, and the two sleep together for the first time after confessing their feelings for each other. While returning to the camp, a drunk Margaret expresses her regrets to James. The following day, the campers must prepare for another difficult river crossing.

The episode mainly focuses on Elsa dealing with the complicated feelings brimming inside her heart after the death of her lover, Ennis. Elsa’s situation is understandable as this is the first time she has lost someone dear to her. She is facing the cruel realities of the world and needs to figure out some answers by herself. Shea provides some thoughtful insights to Elsa that help her overcome a part of her grief over Ennis’ death. While Shea’s words are powerful, they only stop Elsa from wallowing in pain on the outside. While she returns to her duties with the herd, Elsa is still hurting on the inside. This leads Elsa on a self-destructive path, which is evident when she tries to stir up conflict in the market for no reason.

James recognizes that Elsa is not only hurting from Ennis’ death but also from killing the bandit who shot Ennis. Elsa shot the man in cold blood three times, and such an act is bound to have some psychological effect on her. By revealing his time in the army, James builds a bridge for Elsa to overcome her guilt for killing the bandit and being the cause of Ennis’ death. In the end, Elsa makes peace with Ennis’ death. In the episode’s final moments, she introduces herself to Colton and is back to being her usual cheerful self. She thanks Shea for helping her and prepares to cross the river, thereby beginning a new chapter in her life.

In the episode, Margaret finally finds an outlet for her emotions after having a few drinks with Carolyn. In her inebriated state, Margaret finally musters the courage to reveal how she truly feels about the life on the road that her husband has chosen for their family. Margaret laments that she is constantly forced to travel and cannot make acquaintance with any new people. Moreover, she is angry that James promised her a paradisical life, but all they have experienced on the road are hardships. From Margaret’s words, it is clear that she craves stability in life, and one cannot find that in the American West. Therefore, she is angry at James.

However, when the campers prepare to cross the river, James insists that he should drive the wagon while Margaret crosses the river on a horse. The couple argues again, but James reminds Margaret that he cannot lose her. James’ admission is enough for Margaret to forgive him. The quarrel between the couple underlines the mutual understanding and respect on which their relationship is built. With such a solid foundation to their marriage, it is hard to imagine anything stopping the Duttons from achieving their ideal life.