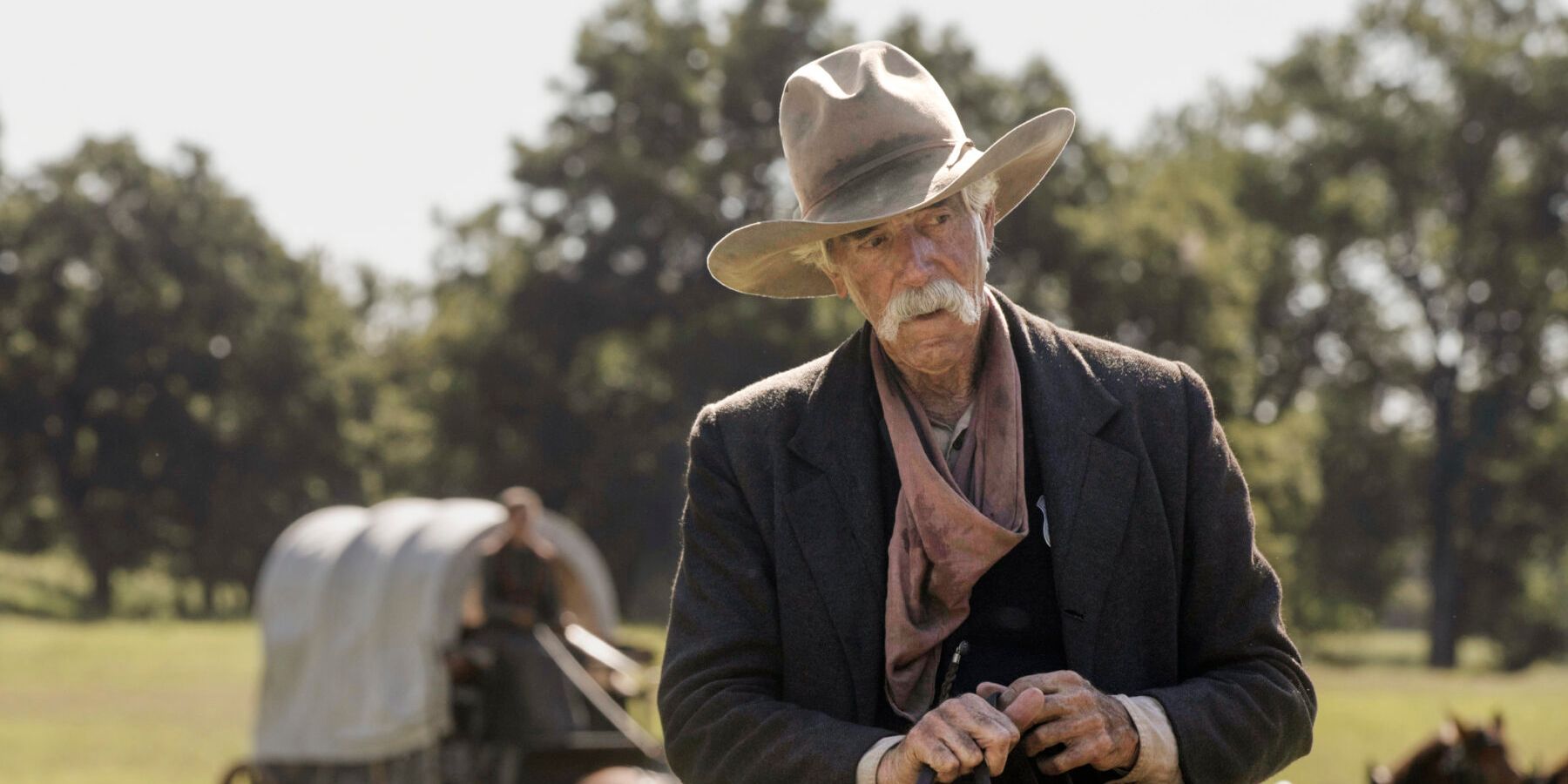 The story of ‘1883’ revolves around a group of people traveling across the Great Plains to find a better life in Oregon. The group is led by veteran cowboy Shea Brennan (Sam Elliott), who is arguably among the show’s most likable characters. As the journey progresses, Shea tries to overcome an extreme tragedy in his life while helping the inexperienced immigrants. However, certain clues and moments about Shea’s backstory and personality hint that a dark fate lies ahead for the cowboy. If you are also wondering whether the journey will lead to Shea’s death, here’s everything we know in that regard! SPOILERS AHEAD!

What Happens to Shea Brennan?

Shea Brennan is a Civil War veteran working as a Pinkerton Agent. At the start of the series, his wife and daughter passed away from smallpox. Shea is devastated by their loss and contemplates suicide. However, before he can pull the trigger, Thomas arrives with a job offer. Shea decides against suicide and joins Thomas. The duo then heads to Fort Worth, Texas, where they take up the assignment of guiding a group of inexperienced immigrants across the Great Plains and towards Oregon.

Shea begins to empathize with the immigrants and tries his best to prepare them for the arduous journey. He recruits a couple of cowboys and James Dutton to accompany him on the trip. Shea is forced to deal with many challenges on the road, and the immigrants often question his decision-making skills. Nonetheless, Shea leads with an iron fist and seems to have a strong sense of justice. He is also haunted by his experiences during the war and misses his family.

Shea is a feared figure among the immigrants but has a tragic past. He desires to see the Virgin Frontier one last time before his death. Considering Shea’s actions, it doesn’t seem like age is a problem for the cowboy. However, his desire to die stems from the loss of his family. In the third episode, Noemi tries to convince Shea to take her as his wife. However, Shea refuses without giving it a single thought. The moment further reiterates that Shea still plans on completing the assignment as the last deed of his life. Therefore, we wouldn’t be surprised if Shea dies by the end of the show’s debut season.

There are several possible ways in which Shea could pass away. In the first episode, Shea opts against suicide, but that could very well be a foreshadowing of his ultimate fate. In the third episode, Shea strands a few immigrants for stealing from Noemi. He warns them that they will be killed if they cross his path again. Although the immigrants return, Shea spares them. The incident is the only time we have seen Shea break his word. Hence, the decision could come back to haunt the veteran cowboy.

Actor Sam Elliott who plays Shea, has opened up about his character’s journey and eventual fate in an interview with Esquire. “Well, he’s made a commitment, as the story tells, to get these people to Oregon. So there’s that, and then he is on his own journey. Shea is heading to the ocean for one reason or another. That’s where he is going. He’s going to the Oregon coast, and that’s where we finish this thing,” Elliott said.

The actor’s words indicate that Shea’s fate is already sealed. Shea’s death would serve as a natural closing point for the story and would, in many ways, reflect the conclusion of the journey the character is on both metaphorically and literally. Therefore, as we head towards the first season’s end, we advise viewers to prepare themselves for some emotional moments concerning Shea.