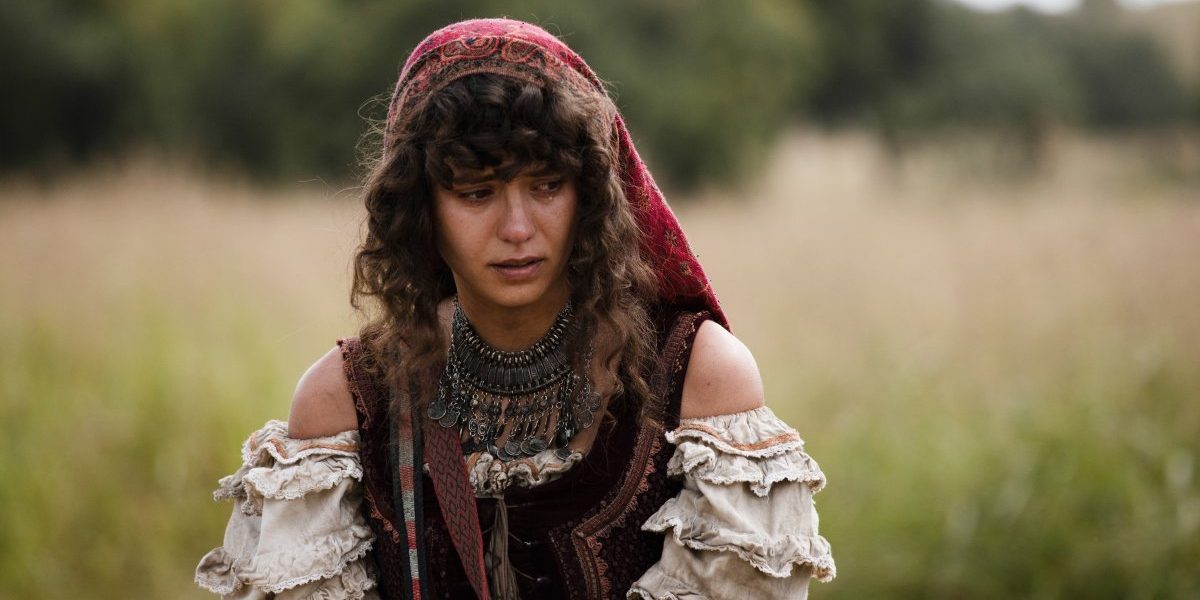 ‘1883’ is described as the origin story of the Duttons with a keen focus on James Dillard Dutton (Tim McGraw) and his family. However, the series also tells a complicated tale of the hardships and struggles of surviving in the American West of the 19th century.

It features a diverse group of characters, each with their own battles to fight, and one such character is Noemi. The single mother struggles to survive until Shea Brennan (Sam Elliott) decides to help her. The duo’s interaction might make viewers curious about the character and her potential romantic future with Shea. Here’s everything we have gathered in that regard! SPOILERS AHEAD!

Noemi is a gypsy woman who is a part of the group of travelers led by Shea Brennan across the Great Plains and towards Oregon. She appears scarcely in the first two episodes but takes the spotlight in the third episode titled ‘River.’ In the episode, we learn that her husband passed away during the journey, leaving Noemi and their two children behind. Noemi has none of the skills required to survive an arduous journey and no one to protect her and her children on the road.

Luckily, Shea and Thomas notice her struggles and decide to help her. Shea also returns the supplies other travelers had stolen from Noemi. In the series, actress Gratiela Brancusi essays the part of Noemi. The role is Brancusi’s first major acting credit. Brancusi hails from Romania, and she was married to actor Tim Robbins (‘The Shawshank Redemption‘) until the couple split in July 2020.

Will She End Up With Shea?

In the third episode, Noemi explains her hardships to Shea, who feels sympathetic towards the woman. She pleads with Shea to take her as his wife. Without a husband and essential skills, Noemi and her children’s chances of survival are bleak. Therefore, she is willing to do anything to protect her and her children’s lives. However, Shea turns down Noemi without a second thought. He insists that he is not looking for a wife but agrees to help Noemi. Noemi and Shea have both lost their spouses recently and are vulnerable.

The loss of their loved ones is a common factor between the two. However, a romantic relationship between them is unlikely as Shea’s wife is very dear to him, and her loss forced the war veteran to contemplate suicide. Therefore, Shea has no interest in pursuing any romantic relationships or even marriage of convenience. After the death of his family, Shea’s only desire is to guide the caravan across the Great Plains and see the Virgin Frontier one last time. Nonetheless, a lot can change by the time the caravan’s journey reaches its conclusion. Shea might warm up to the idea of finding a new companion and family in Noemi and his children.

Read More: Who Is Spencer Dutton in Yellowstone? Why Does He Not Appear in 1883?