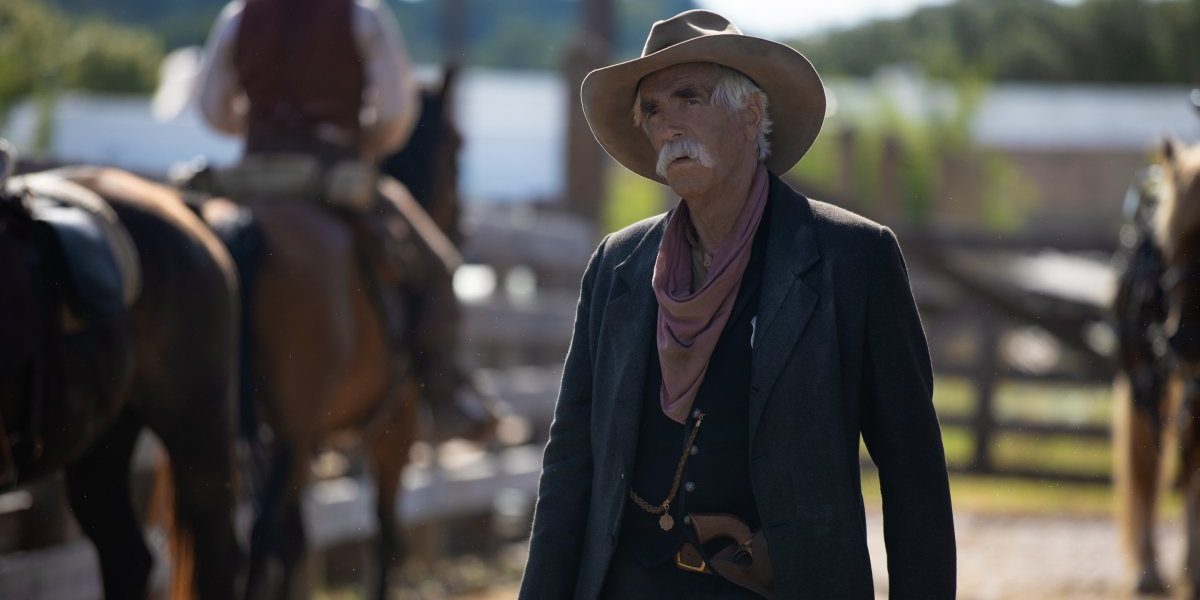 ‘1883’ follows Shea Brennan (Sam Elliott) as he guides a group of inexperienced travelers across the Great Plains with the help of James Dutton and his family. As the narrative progresses, we learn more about Shea’s personality and life before the events of the series. On the surface, Shea is a determined and formidable cowboy. However, the character’s tragic backstory makes him empathize with others. The third episode of the series dives further into Shea’s past and reveals some details about his life during the civil war. Here’s what we know about Shea’s time in the army! SPOILERS AHEAD!

Was Shea in the Army?

Viewers first meet Shea Brennan in the series premiere of ‘1883’ after his wife and daughter have passed away from Smallpox. He contemplates suicide but opts against it. Instead, Shea joins his ally, Thomas, and they undertake an assignment to help a group of immigrants travel across the Great Plains and reach Oregon. In the third episode, Shea meets Noemi, a gypsy widow whose supplies are stolen by some men in their camp.

Shea and Thomas rough up the men, but the group returns to the campsite later at night. Shea is forced to draw out his revolver to threaten the men and stamp his authority. He informs the group’s leader that he served in the army and is accustomed to killing. Shea’s military background is first alluded to when Thomas refers to him as captain. However, Shea’s confrontation with the men is the first moment to confirm the same. His background as a soldier also explains his disciplined personality, sense of morality, and adeptness with using a gun.

Which War Did Shea Fight In?

The series is set in the aftermath of the American Civil War and heavily features its elements. Therefore, it is no surprise to learn that Shea fought during the American Civil War. During his altercation with the men, Shea recounts his experiences at the Battle of the Wilderness. The battle was fought from May 5 to May 7, 1864, near Locust Grove, Virginia. The battle marked the start of Union Lieutenant General Ulysses S. Grant’s Virginia Overland Campaign. Nearly 29,000 people lost their lives during the battle. Given Shea’s description of the battle, it is easy to understand how his experience on the battlefield has shaped his outlook on justice and death.

The show’s makers have confirmed that Shea was a part of one of the Buffalo Soldier regiments first formed in 1866. Therefore, it is likely that the Battle of the Wilderness wasn’t the last battle Shea fought. Moreover, it means that Shea was a part of the Union Army instead of James Dutton, who was a Confederate officer in the Battle of Antietam. By having the two lead characters connected to both sides of the war, the series is likely setting up a thorough exploration of the horrors of war. In time, we will probably learn more about Shea’s service in the army as we continue to learn more about his past.

Read More: What Is the Battle of Antietam in 1883? Is Dunker Church a Real Place?