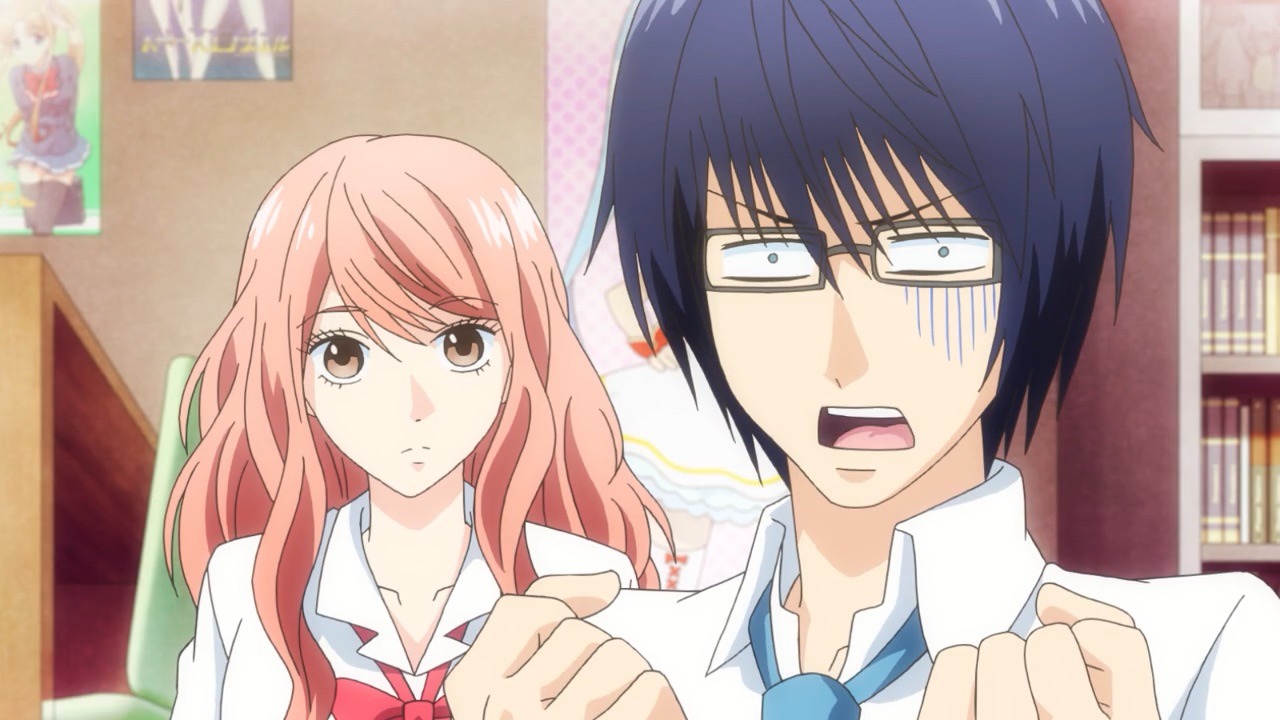 Based off on a popular manga series that goes by the same name, ‘3D Kanojo: Real Girl’ is a romantic comedy anime that revolves around the love story of two high school students who are completely the opposite. Like most “first” relationships, their relationship comes with a lot of complications and they can’t help but hold themselves back. But eventually, they fall in love and fly off into the sunset…I’m kidding! For most viewers, the major drawback of the first season was how it later drifts away from the manga. Also, by the end of the first season, most viewers felt burned out and that is something that you will certainly feel with this one as well. But the difference between the two seasons is that season 2 remains loyal to its source material throughout and offers a much better ending, especially for those who have read the manga. Persistence is the key with season 2 as all of it pays off by the end.

The second season is a direct continuation of the first one and again, it focuses on the lives of the 3 friends turned couples. The main mismatched pair Iroha and Tsutsui prepare themselves for adulthood and come out as mature lovers now. Even as an individual, Tsutsui, who was earlier a hardcore otaku, now leaves his obsession behind and starts becoming more of a close friend. It’s amazing to see how realistically he grows out of who he used to be. Meanwhile, Iroha turns into a more irrational girlfriend. This too is a major standpoint for the development of the two characters and their relationship. With all of this amazing character development, the show does justice to the ongoing narrative and though this is something that has been going on since the first season itself, it’s just a lot more refined in this season.

A lot of fans had some concerns regarding the animation quality of the first season and it’s really great to see how Hoods Entertainment has been listening to all of this. Even the animation and art style have both drastically improved from the first season. This brings out a positive message from the Studio’s end that they actually care about the constructive criticism that they get from the viewers. While season 1 was quite frustrating at times and some of it even follows you down to season 2, gradually, things do get much better and all of it just proves that ‘3D Kanojo: Real Girl’ is set for a very bright future if it continues to improve the way it did in this season. As viewers or fans of the anime, all we have to do is to just be a little patient with this one because from what it looks like, this amazing rom-com is just getting started.

‘3D Kanojo: Real Girl’ season 2 premiered on January 19, 2019 and came to an end on March 27, 2019. During this span, it aired a total of 12 episodes with each one being 22 minutes long. If you want to know about the future of this romantic comedy, then you should read our preview article on 3D Kanojo Real Girl Season 3.

‘3D Kanojo: Real Girl’ follows a simple romantic comedy storyline that mainly revolves around a high school kid named Hikari Tsutsui. Hikari has this insane otaku obsession and unlike most other teenagers, he prefers to keep to himself and completely engrosses himself in the world of anime and manga. His lack of social skills does not really help and further force him to choose a relentlessly lonely life. His social awkwardness is not unknown to his classmates and almost all of them take this for granted by making fun of him and bullying him. Out of all the students at school, only one boy, named Yuto Ito, who is an Otaku himself, seems to be his only true friend. But Yuto’s eerie behavior actually lands him in more trouble, most of the times.

High School just couldn’t have been worse for Hikari but one fine day, all of this changes when, as a punishment, he is asked to clean the school swimming pool along with a girl named Iroha Igarashi. Iroha’s bad reputation in school gives Tsutsui all the red flags initially and knowing that she is infamous for being extremely blunt and also for her promiscuous behavior, he chooses to keep his distance from her. But to his surprise, despite his cold demeanor towards her, she is always nice to him and even stands up for him when others try to bully or insult him. What follows is a deep friendship between the two after Hikari finally starts to see the good in Iroha. They soon start dating and that’s when the complications of their relationship start to kick in.

While Hikari struggles to express what he truly feels for Iroha, it is on her to somehow get him out of his bubble and make him embrace the whole new world that is outside the confinements of his comfort zones. The second season starts where season 1 leaves and brings in the story of a much more mature relationship between the two that comes with its own set of complications. But despite being so different from each other, the two remain inseparable as they somehow find a way to get past all of their problems.

As mentioned earlier, the story starts off exactly where it left in the last season but this time around, the problems that are encountered by the characters are of much higher stakes than before. Right from the beginning, Tsutsui faces the challenge of organizing a school festival and in order to do this, he must force himself to completely go out of his comfort zone. As the plot further drives itself to events way ahead in the future, it’s amazing to see how much each character has grown as an individual. And though the ending is rather a cliche and is predictable (they do in a way fly off into the sunset), it has been executed in the best possible way that will certainly bring tears in your eyes.

The characters are all the same as season 1 but a very different side of all of them can be seen. In fact, by the end of the season, most of the characters become completely unidentifiable if one compares them with how they used to be earlier. Clearly, all the main characters have been major drivers of the plot throughout the second season and removing even one of them could have potentially destroyed an important thread that holds the whole thing together. For me personally, Tsutui’s mental transformation into becoming this extremely mature man is one of the best parts of the show. And not to mention, Iroha’s struggles and how she fails to grow after a certain point, which further add depth to the plot. Ishino and Takanashi’s relationship really comes off as a surprise as initially, the two of them were nothing but major critics of the world around them. But eventually, they go through their own transformational journeys and give in to the feelings that they have for each other.

This might sound a little harsh but Season 1 was borderline ugly when it comes to the art. That’s one big reason why it pretty much qualifies as a below average show. The characters designs are just spot on in Season two and though the backgrounds could have been a little more detailed, a noticeable improvement in these can be spotted when compared with season one. I never really had any complaints regarding the sound department of season one but still, I would rate Season 2 a little higher because of its inclusion of some really dark tunes that fit right in with certain grim moments of the season.

‘3D Kanojo: Real Girl’ has really turned things around this season and the credit mostly goes to the fact that it chose to stay loyal to its source material. Despite all the flaws that it still has, as the show progresses, these negatives are simply outweighed by the brilliant characters and animation style. They say that in order to embrace all the good things in life, one has to first go through some really bad times. Similarly, to truly understand the value of Season 2 of this anime, I would advice most viewers to first watch the entire first season before they dive into this one. Just be patient and I can assure you that you will not be disappointed.