6 Horror Movies Like M. Night Shyamalan’s Old You Must See 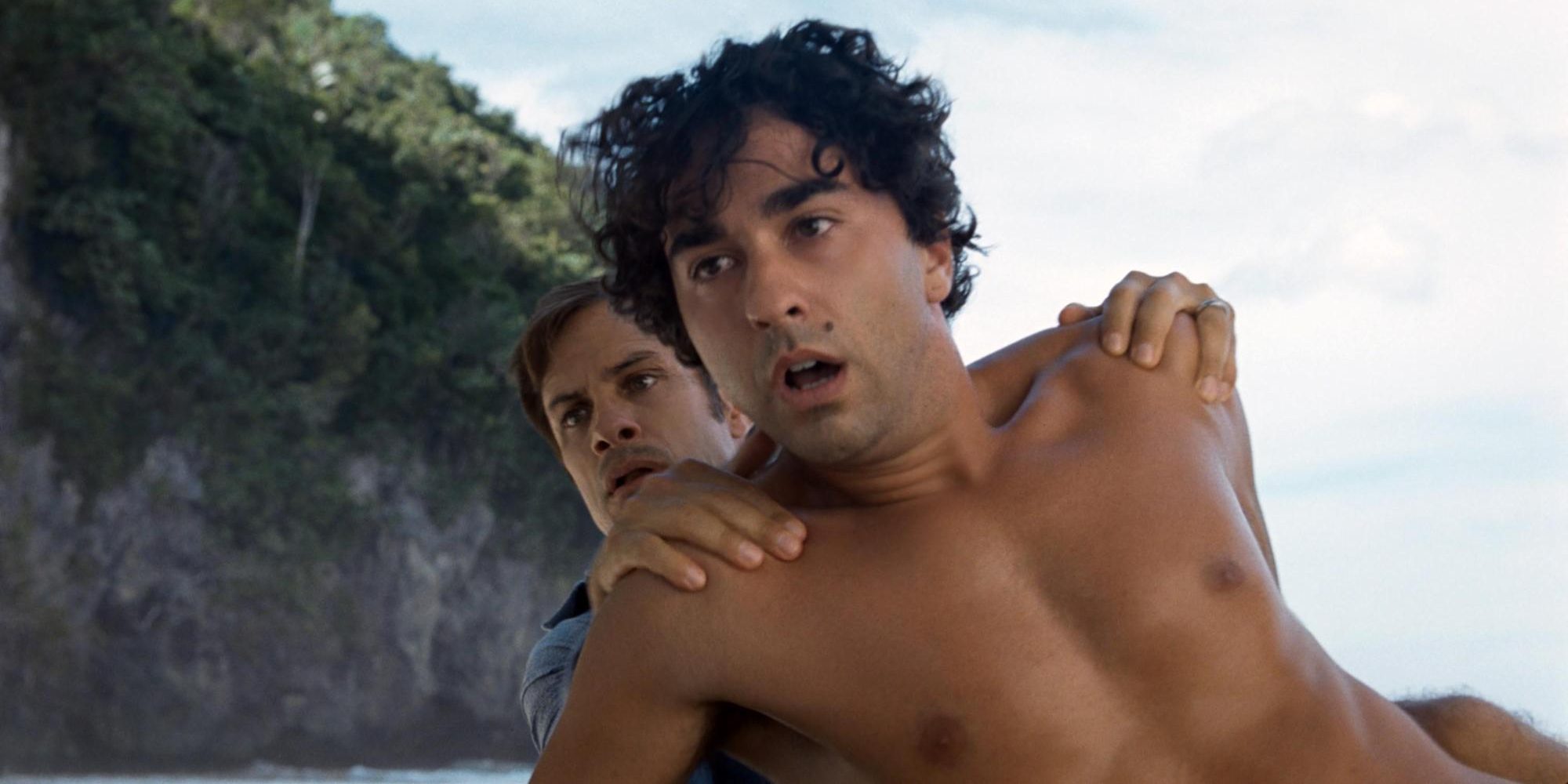 M. Night Shyamalan’s ‘Old’ puts a philosophical twist to his brand of off-beat horror. The film follows a group of holidaymakers that find themselves aging rapidly. A relaxing day on the beach quickly turns sinister as parents watch their children growing old in front of their eyes while grappling with the prospect of dying of old-age themselves by the end of the day. The film (and its director) is especially adept at finding horror in the unlikeliest places and holds back on explaining the reason for the sinister situation until the big reveal at the end.

If you enjoyed the unconventional plot and slow build-up to the big reveal of this spine-tingler, we’ve got a couple more films that you should definitely check out. You can watch most of these movies similar to ‘Old’ on Netflix, Hulu, or Amazon Prime. 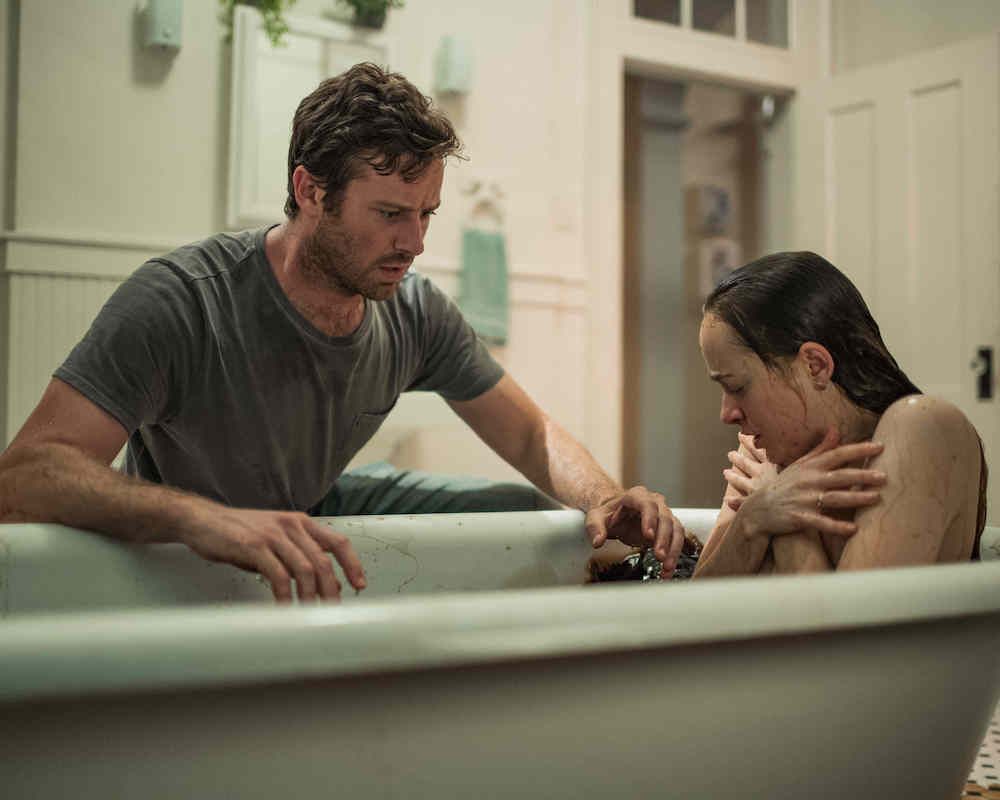 ‘Wounds’ follows a bartender’s slow descent into an inexplicable supernatural spiral symbolized by cockroaches. Leaving the audience as confused as the protagonist, the situation gets steadily more ominous as we see a regular man’s life break down amidst some truly creepy imagery. Much like ‘Old,’ this film starts in a setting generally associated with a good time (a bar, in this case) and spirals into something truly dark, supernatural, and, best of all, cockroach-infested! Don’t say we didn’t warn you. 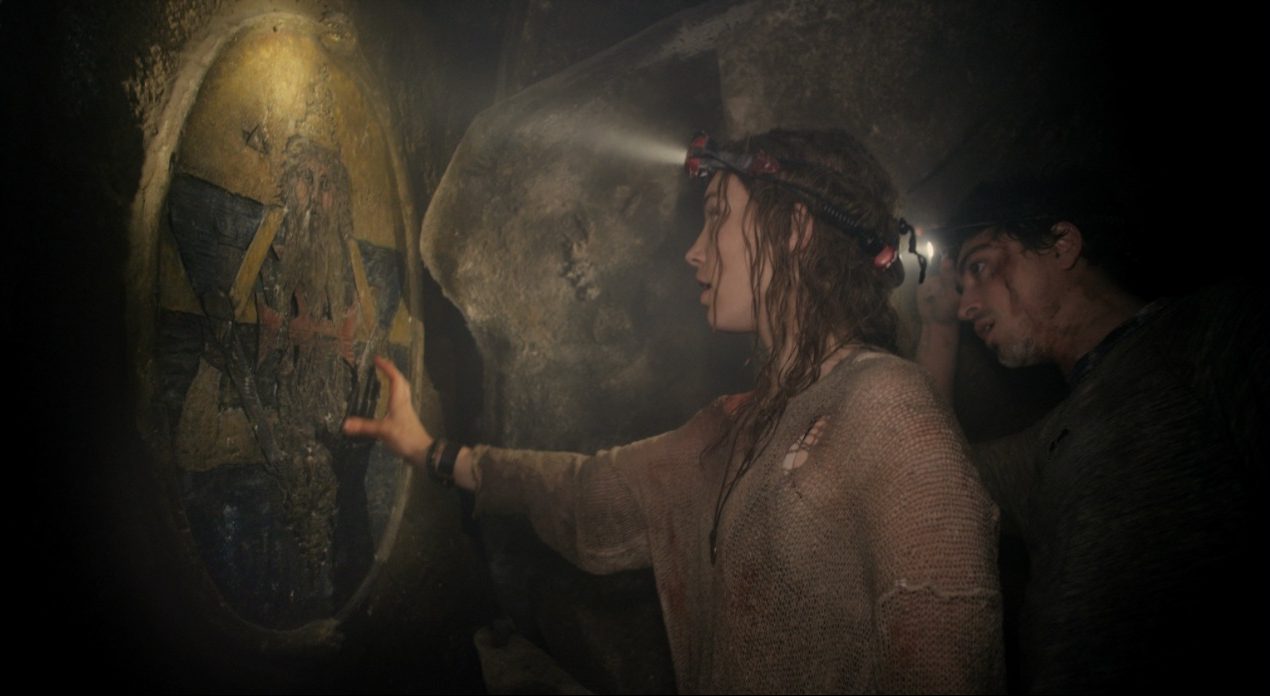 How about a haunted treasure hunt? This film gives us exactly that as Scarlett delves deep into the catacombs of Paris on the hunt for the fabled philosopher’s stone, only to find that there is a lot of death in the search for eternal life. The mind-bending film is fittingly set in the convoluted ancient underground passages and features some truly ghastly situations as Scarlett loses members of her team one by one. A hunt that takes the protagonists back to biblical times and quite possibly to the doors of hell, only to spit them back out, will leave you with goosebumps and wondering about what really lies below the surface. Once again, a beautiful location shows its deeply disturbing underbelly. 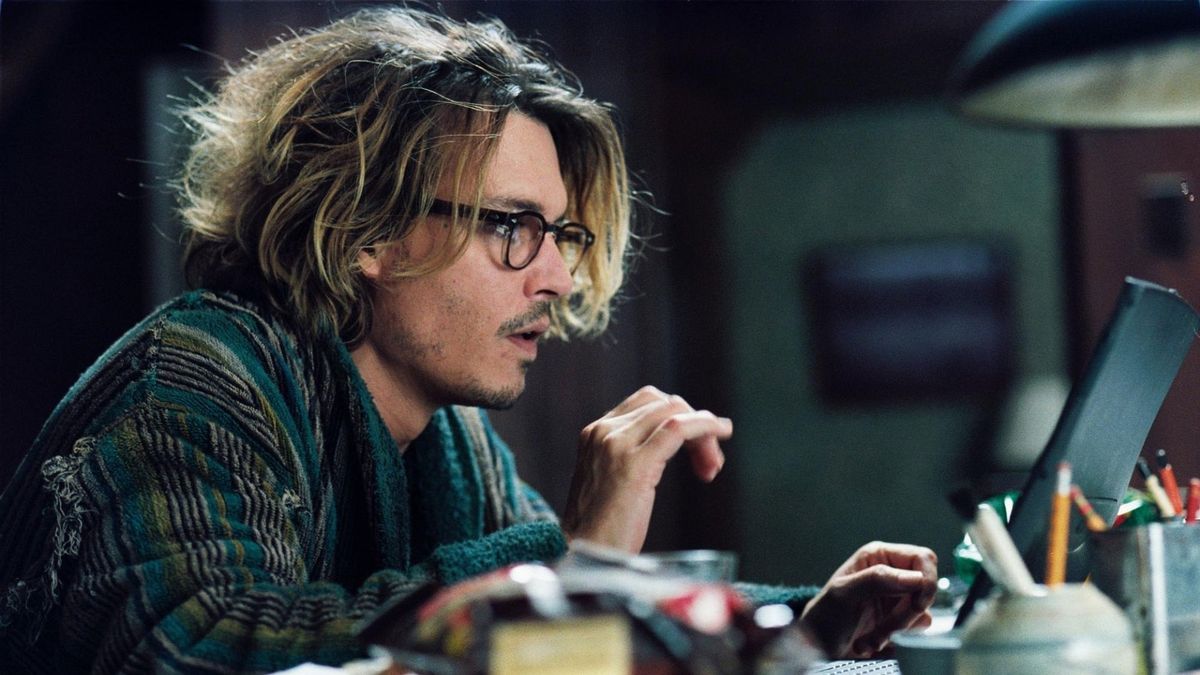 Johnny Depp plays a successful author trying to get down to writing his book at his picturesque writer’s retreat house. Things don’t seem too bad, even when a mysterious stranger blames him for plagiarising his story. However, things get very sinister very fast, and the author finds his mind unraveling as he tries to make sense of what’s real and what’s not. This film’s gorgeous lakeside house slowly turning into a sinister site is somewhat predictable, but what about the delicious corn the protagonist seems so fond of? Deliciously, unexpectedly creepy. 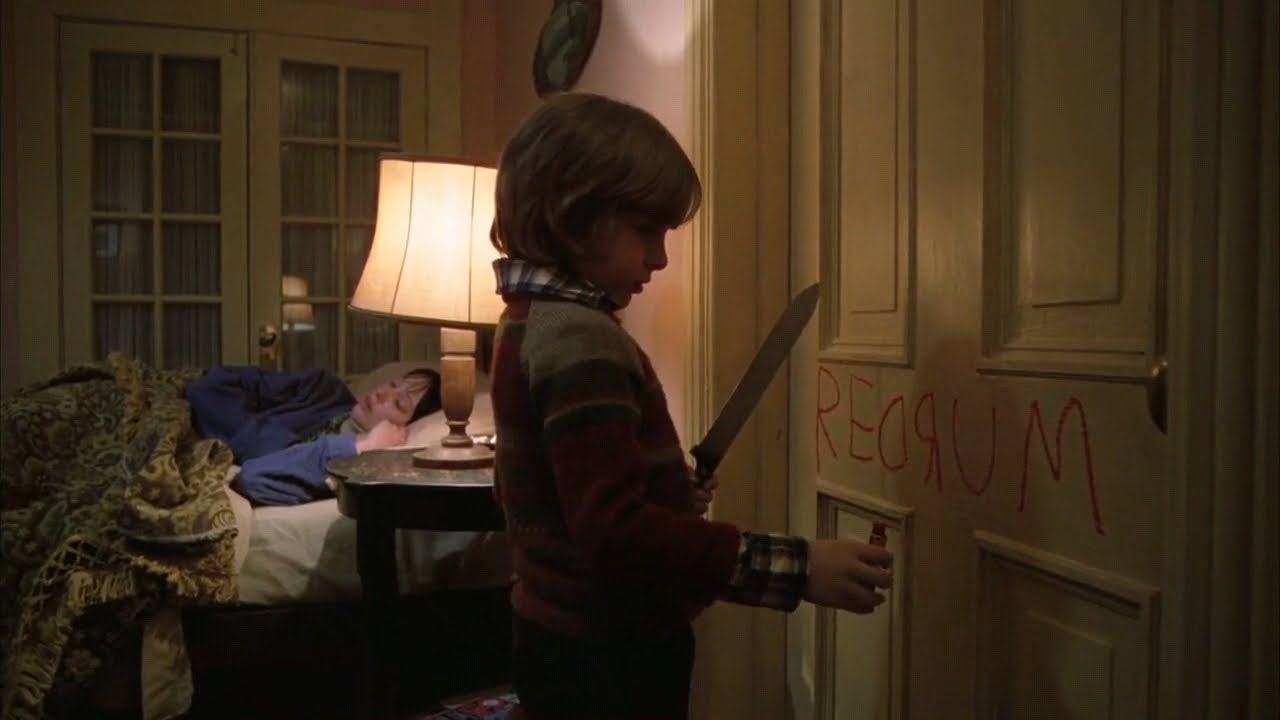 Stanley Kubrick’s cultish horror film ‘The Shining’ feels at home on any worthwhile list of horror films, especially one that focuses on families trapped in unlikely places. The protagonist, once again an author, and his family find themselves babysitting an “almost” empty luxury hotel through the winter, the key phrase here being “almost.” Need we say more? Maybe just one more thing— Redrum, anyone? 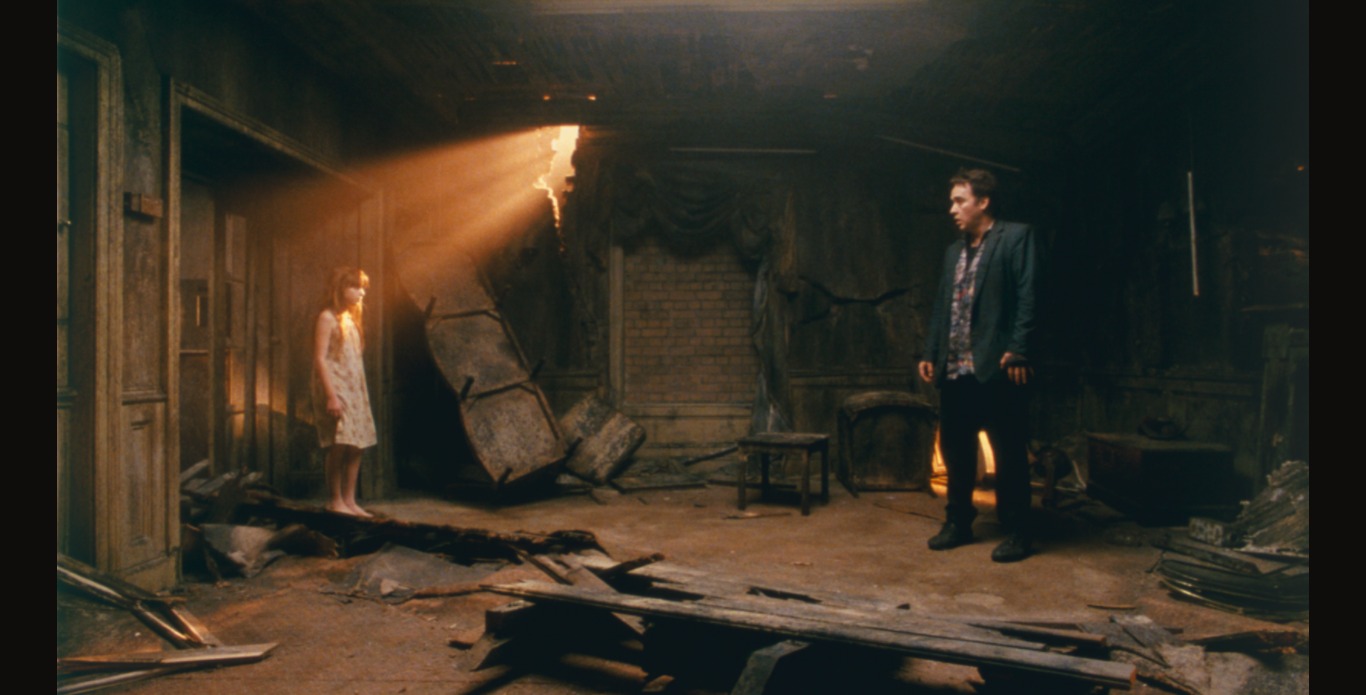 This psychological horror film starring John Cusack and Samuel L. Jackson is based on a story by horror legend Stephen King and set inside the titular hotel room. A paranormal skeptic finds himself reliving a surreal hour whilst trapped in the room and, suffice it to say, is not a skeptic by the time the film ends. The film plays with all kinds of existential ideas in the creepiest of fashion and, much like ‘Old,’ will have you questioning what is real and what’s not by the end of it. The ending, however, is not so much a big reveal as it is a bottomless pit that will make you feel like you’re stuck in the haunted room yourself. 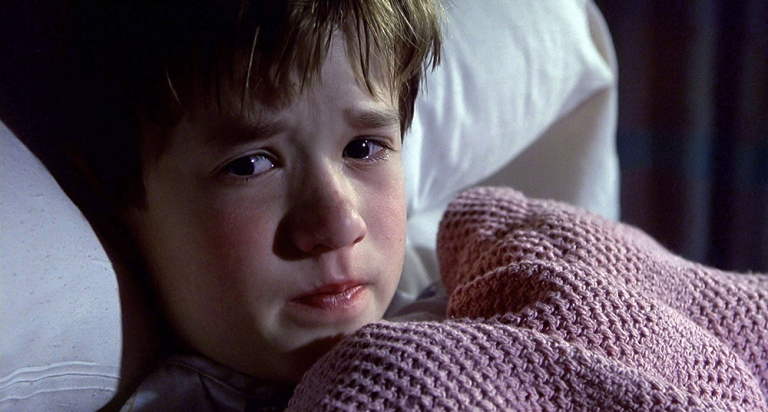 ‘The Sixth Sense’ is M. Night Shyamalan’s essential horror movie that gave us the unforgettable line “I see dead people.” The film follows a young boy who seemingly can see the dead and tells his psychologist as much. We soon get to see exactly what he means, and the scares are timed to perfection. The feeling of dread is built masterfully in the film that has, quite possibly, one of the best reveals one can hope for. If the premise and climax of ‘Old’ felt unconventional, ‘The Sixth Sense’ will show you just how good the director is at misdirecting the audience.

Read More: Where Was Old Filmed?