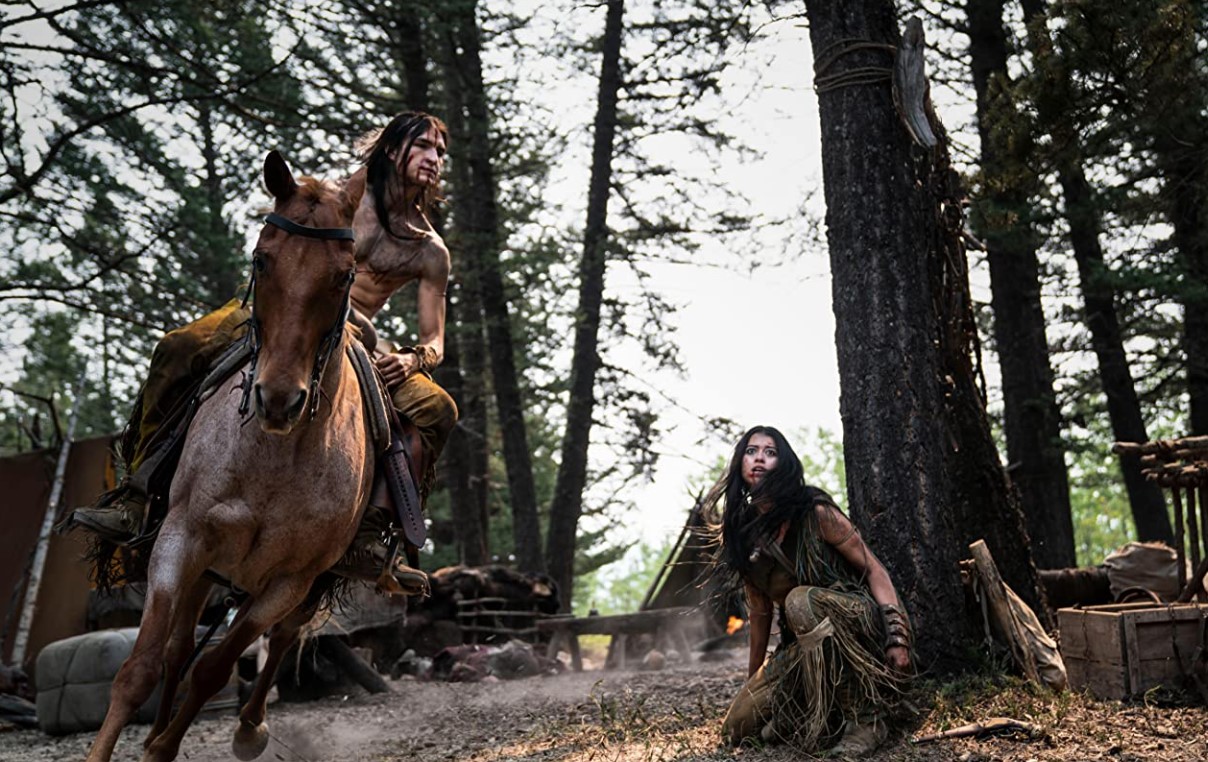 Directed by Dan Trachtenberg, Hulu’s ‘Prey’ is a science fiction action film. Set in the Northern Great Plains in September 1719, the story revolves around Naru (Amber Midthunder), a female Comanche warrior who must take on wild animals, natural forces, French Voyageurs, and a dreaded hunter from the stars to protect her clan. ‘Prey’ is a rare film belonging to a major franchise that has a predominantly Native American cast. It’s the fifth entry in the ‘Predator’ series and serves as a prequel to the previous four films. It is also supposed to mark the reboot of the entire franchise. If you have watched ‘Prey’ and loved it, here is a list of recommendations that might fit your taste. You can watch most of these movies similar to ‘Prey’ on Netflix, Hulu, or Amazon Prime.

Like ‘Prey,’ ‘The 5th Wave’ has a female protagonist fighting otherworldly forces. Cassie Sullivan was an ordinary teenager before her life was turned upside down because of the invasion by an extra-terrestrial species known as the Others. They attack in successive waves to methodically wipe out the human resistance. In the First Wave, they detonate an electromagnetic pulse that brings down power and communications and disables all electrical engines. In the Second Wave, they alter the planet’s geology, causing massive natural disasters. In the Third Wave, the Others kill a significant portion of humanity with a modified strain of avian influenza. The Fourth Wave involves the Others controlling humans to attack other humans. Now, the terrified people of the world wait, wondering what the Fifth Wave will be. 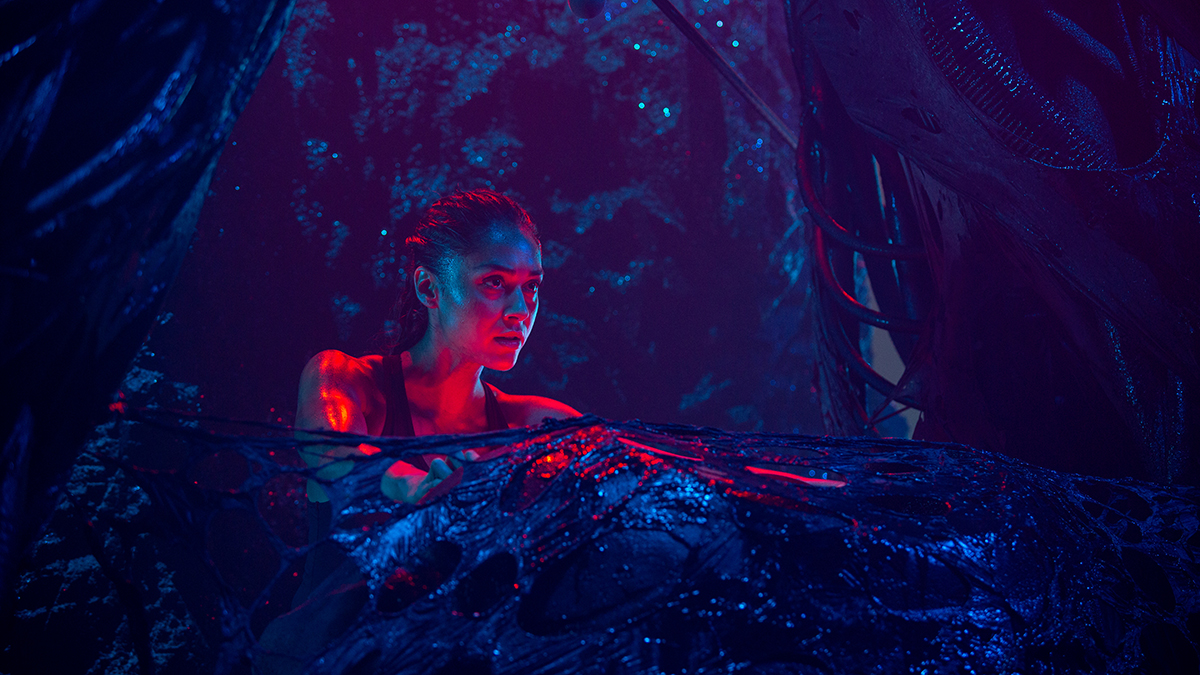 The third entry in the ‘Skyline’ film series, ‘Skylines‘ follows Rose Corley. She saved humanity by destroying the armada of the Harvesters but had to cause the deaths of her own soldiers in the process. Riddled with guilt, Rose disappears. Five years pass, and the Pilots, the alien-human hybrids, and people with Pilot transplants are suddenly affected by a viral pandemic that reverts them to their brainwashed state. Rose is found living in a tent city near what used to be London. After an emotional reunion with her brother Trent, who is now a Pilot, Rose agrees to help find what really causing the epidemic. As with ‘Prey’ and ‘The 5th Wave,’ a female protagonist leads this action-packed science fiction film.

Like ‘Prey,’ ‘Outlander’ is set in the past (late Vendel-era Scandinavia, 550-790) and revolves around fighting an extra-terrestrial entity. It is also a re-imagination of the Anglo-Saxon epic poem ‘Beowulf.’ A humanoid alien warrior crash-lands in a lake in Scandinavia. Soon, he is taken captive by the warrior Wulfric and brought before King Hrothgar. The alien introduces himself as Kainan and is dubbed the outlander by the people of Hrothgar’s village. Kainan claims that he is hunting a dragon. In reality, he is after Moorwen, a dangerous predator from the world where Kainan was stationed before coming to Earth.

Perhaps the most underrated entry in the franchise, ‘Predators’ revolves around a group of experienced fighters and killers brought to an unknown land. They soon realize that they are in an alien world and have been brought there to serve as prey for the Predators. While most of them understand that sticking together is their best option, the volatile nature of a few makes the prospect nearly impossible. The film stars Adrien Brody in a very unlikely role as the U.S. Special Operations Forces veteran Royce.

Like ‘Prey,’ Apocalypto’ is about protecting one’s family and the desire to return home. Both films are also set at an incredibly important time in the history of the two American continents, though considerable creative license has been taken with ‘Apocalypto.’ Directed by Mel Gibson, the film revolves around Jaguar Paw, an inhabitant of the Mesoamerican rainforest. Jaguar Paw and several other members of his tribe are taken captive by Mayan raiders and brought to one of their cities. With the arrival of a plague, the end-times loom over the Mayan civilization, so the human sacrifices have increased several times. Jaguar Paw escapes from his captors and sets out on a perilous journey to return to his family.

Directed by Ridley Scott, ‘Prometheus‘ is part of the ‘Alien’ franchise and deals with humanity’s perpetual and fatalistic curiosity about their creators. In 2089, after finding several star maps across several unconnected cultures, archaeologists Elizabeth Shaw and Charlie Holloway deduce that they were left behind by humanity’s creators in the hopes that their creation will be able to seek them out one day. Funded by wealthy CEO Peter Weyland, an expedition is launched to follow the map to LV-223, a moon in the Zeta Reticuli star system. Even though they come seeking their gods, they find horror waiting for them. Like ‘Prey,’ ‘Prometheus’ serves as a prequel in its franchise. Moreover, given the connection that the two franchises share, it’s possible that the Engineers had something to do with the creation of the Predators as well.

The film that started the franchise. ‘Predator’ follows Major Alan “Dutch” Schaefer (Arnold Schwarzenegger) and his military rescue team as they are sent to rescue a foreign cabinet minister and his aide from a group of insurgents in what is evidently South America. They manage to kill the insurgents and their backers from the Russian intelligence but soon discover that something inhuman is hunting them. ‘Predator’ has a Native American connection as well. Billy Sole, the tracker and scout of Dutch’s team, is portrayed by the late Sonny Landham, who was of half Cherokee and one-eighth Seminole descent.