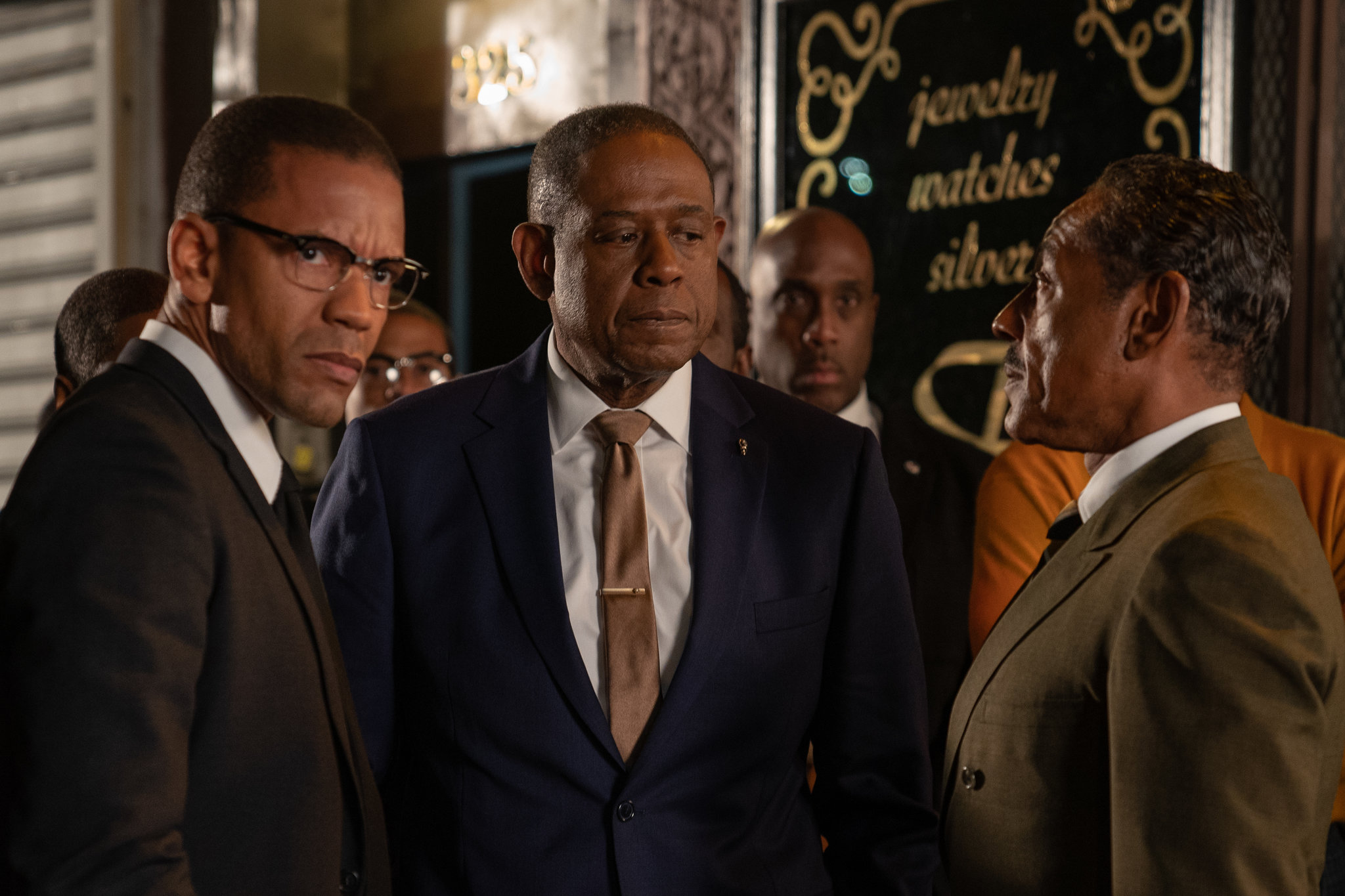 ‘Godfather of Harlem’ is a crime drama series that centers on the notorious mafia boss Bumpy Johnson who returns after serving 10 years in prison and maneuvers his way into reclaiming his throne from the Genovese crime family that rose to power in his absence. Set in the 1960s, Harlem, New York City, it is inspired by the real-life mafia lord Ellsworth Raymond “Bumpy” Johnson. Since its premiere in 2019, the show has received acclaim for dealing with themes like corruption, the adverse effects of drug use on society, the ill-treatment of African Americans, and the political endeavors during that period.

Created by Chris Brancato and Paul Eckstein, it features compelling performances by a dazzling star cast of great talents such as Forest Whitaker, Vincent D’Onofrio, Giancarlo Esposito, Paul Sorvino, Nigel Thatch, and Ilfenesh Hadera. Among the many shows that gain popularity as mafia crime dramas, the Epix show stands out for its confident strokes in the plotline, making it all the more gripping. If you like shows of the genre that reel you in like that, here’s a handy list. You can watch most of these shows similar to ‘Godfather of Harlem’ on Netflix, Hulu, or Amazon Prime. 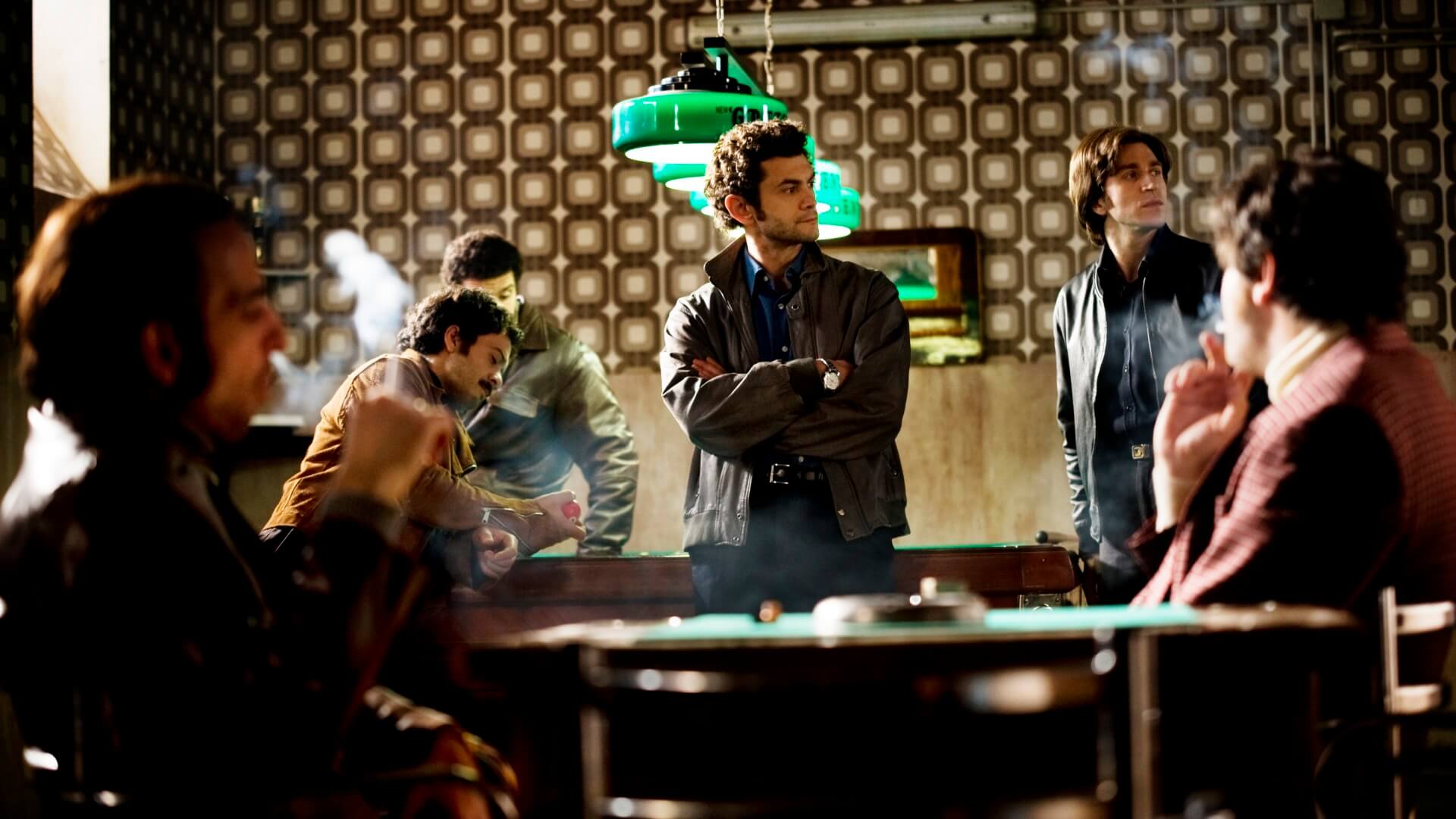 ‘Romanzo Criminale’ tells the story of an Italian criminal called Lebanese, whose mission in life is to rule the underworld of Rome. He does so by creating a gang of merciless criminals. Lebanese leads the gang with his cohorts Freddo and Dandi, who get involved in all kinds of illegal activities prevalent in Italy from the 1970s to 1990s. Like in ‘Godfather of Harlem’ the show follows the rise of a crime lord over a period of time and the effects of his power play on society. 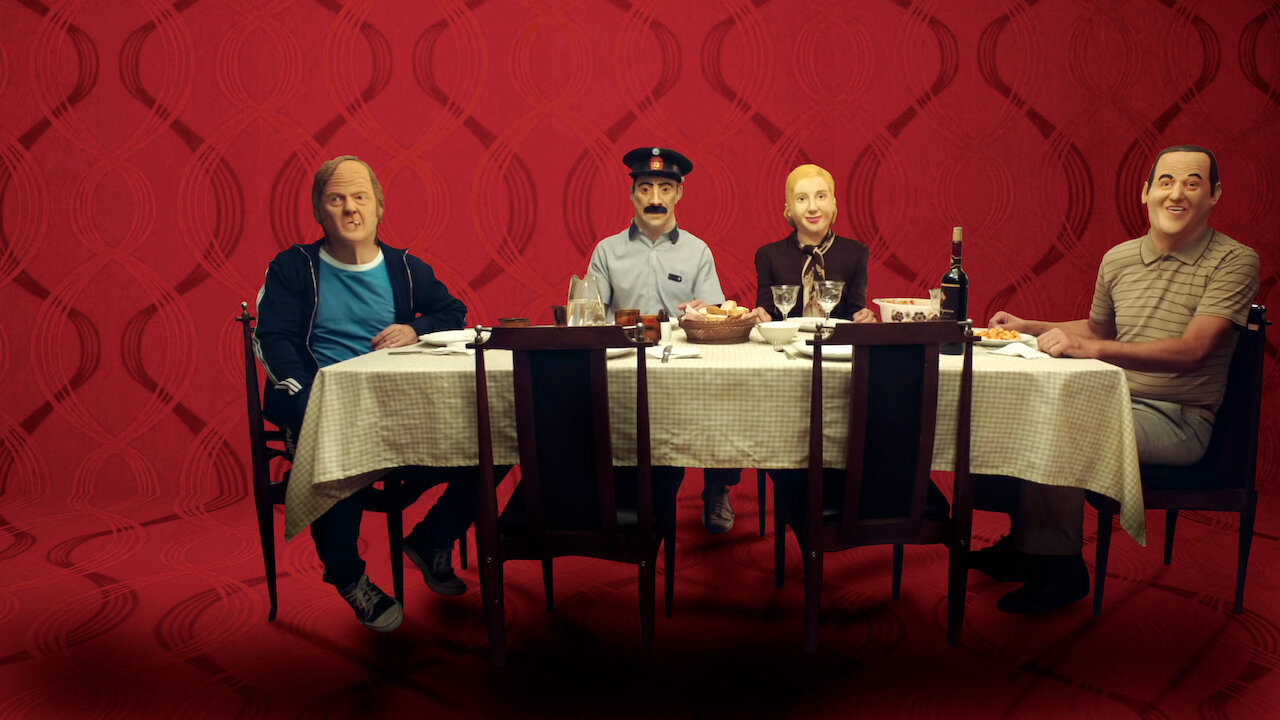 ‘Historia de un Clan’ depicts the criminal activities of the Puccio clan. While they pose as a respectable, church-going family in society, they actually make a living out of holding people hostage, demanding ransom money, and murdering the victim. All of this is done right at home, with their four children taking up responsibilities as well. Directed by Luis Ortega, the series is based on the deeds of the real-life Puccio family in Argentina. Like ‘Godfather of Harlem’ the show portrays the effects of a family’s involvement in crime on the next generations. 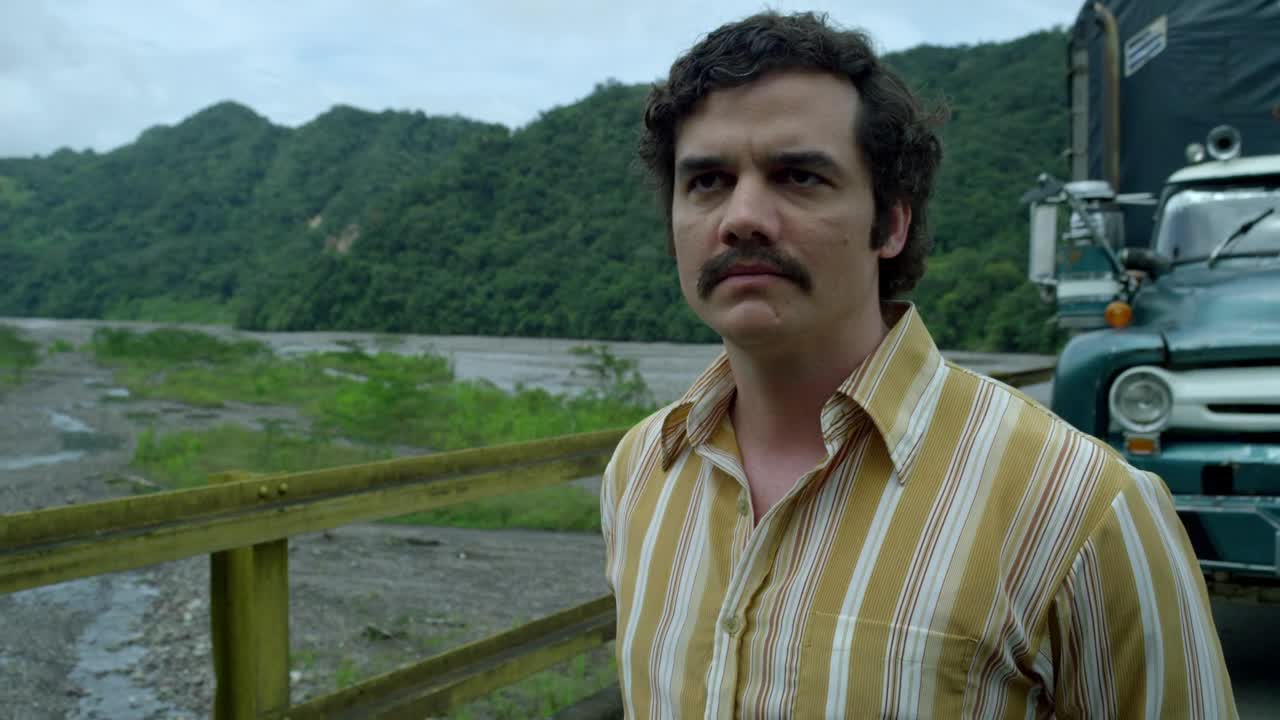 A treat for crime drama buffs, ‘Narcos’ gives a chronicled peek into the real-life stories of the drug kingpins responsible for the boom in the cocaine trade in Columbia during the late 1980s. It focuses on drug lord Pablo Escobar (Wagner Moura), who thrives despite the efforts of law enforcement agencies to control cocaine. The gutsy and original series is created by Chris Brancato in collaboration with José Padilha, Carlo Bernard, and Doug Miro. The two shows are similar in the gritty maneuvering of the protagonists to stay on top. They also share the portrayal of the effects of drug abuse on the political and social aspects of the time. 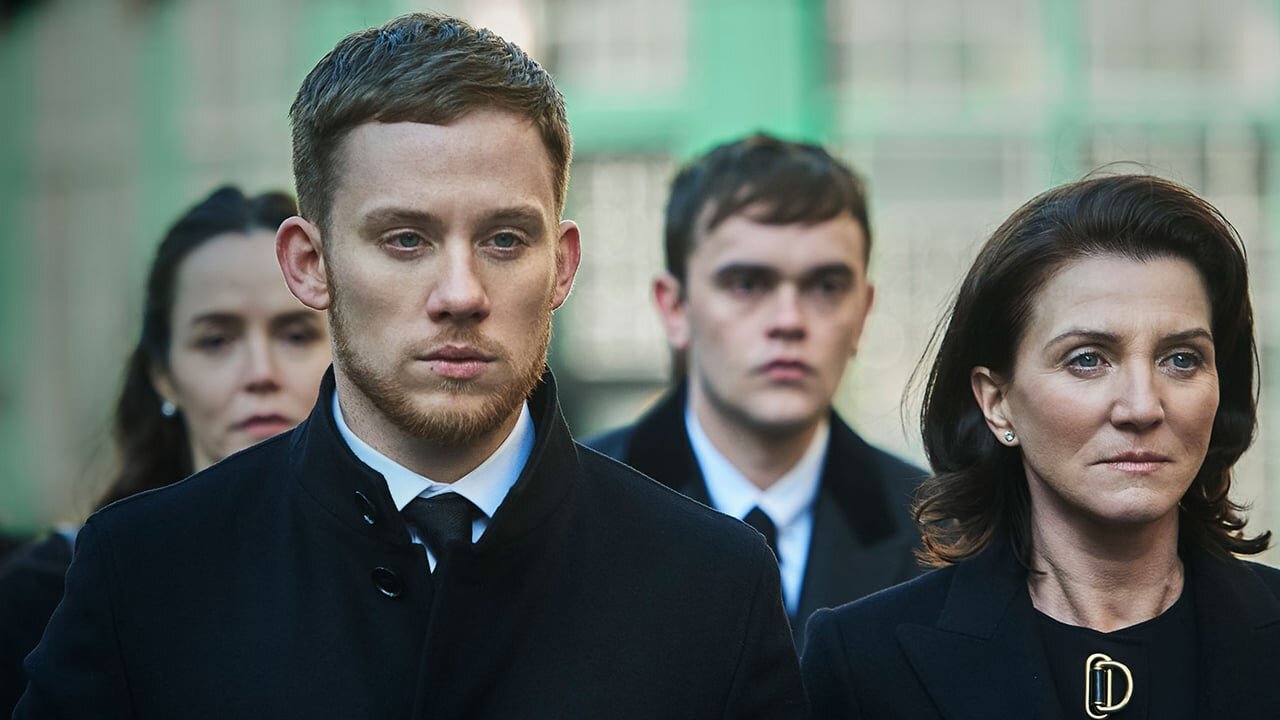 ‘Gangs of London’ is a British series that sets its premise in the power play of international crime families that rule the city of London. The crime drama follows the chaos that ensues from the assassination of the head of the most influential crime family in London, and all the measures are taken by his son Sean Wallace to regain equilibrium, with his family in control of the city. Much like ‘Godfather of Harlem,’ the TV show involves a number of crime families at war, vying for the control of major cities like New York and London. The shows also share a sophisticated panache that keeps the viewers captivated. 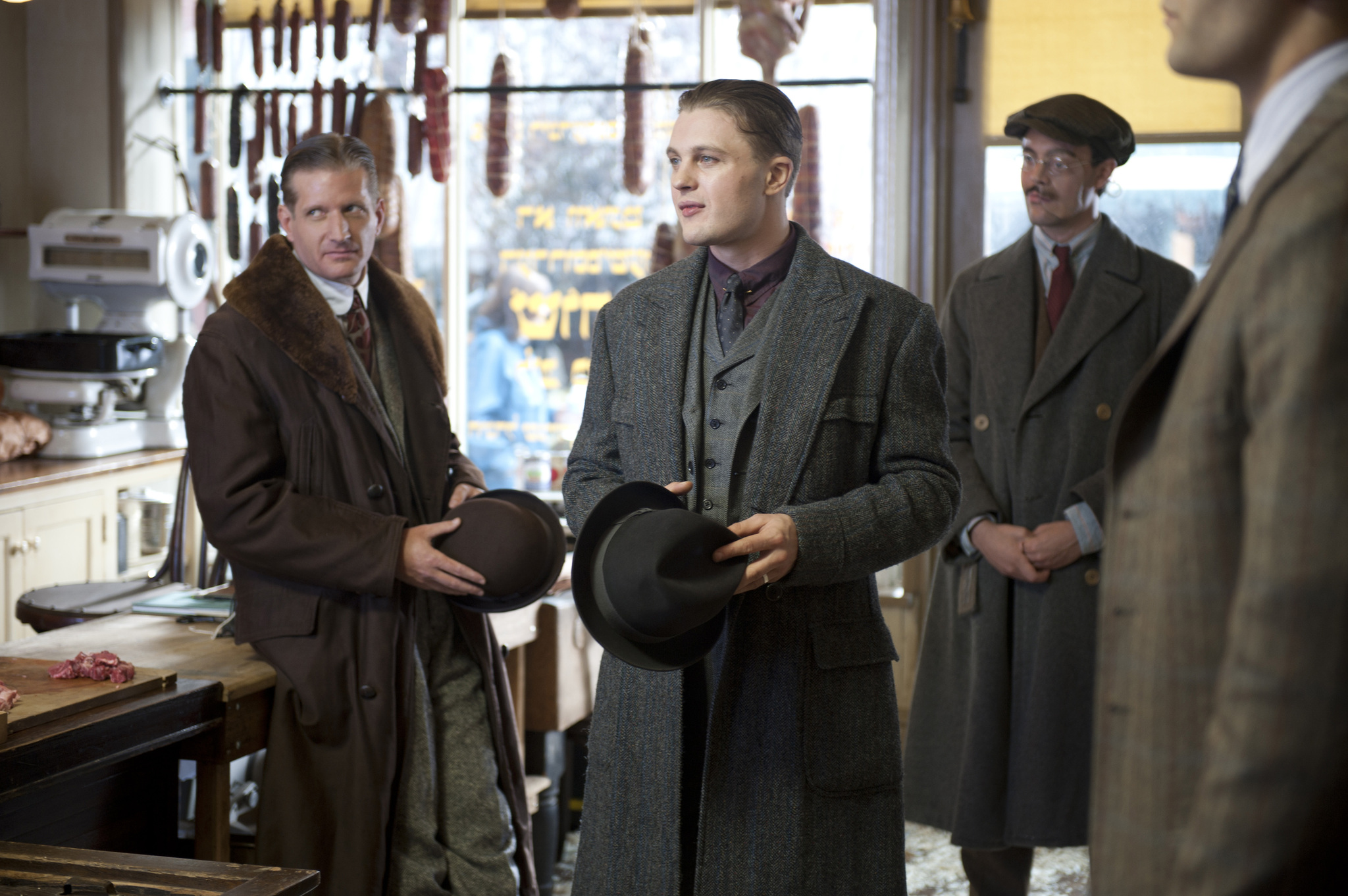 Created by the Emmy-winner, Terrence Winter, ‘Boardwalk Empire’ is inspired by the eponymous non-fiction book by Nelson Johnson. The period crime drama, set in the Prohibition Era of the 1920s, narrates the story of Enoch “Nucky” Thompson, a criminal kingpin who gains power in the political sphere of Atlantic City, New Jersey. The show won the Golden Globe for Best Television Series-Drama in 2011, in addition to over 50 Emmy nominations. It is similar to ‘Godfather of Harlem’ as the two are period dramas based on powerful criminals and their lifestyles. 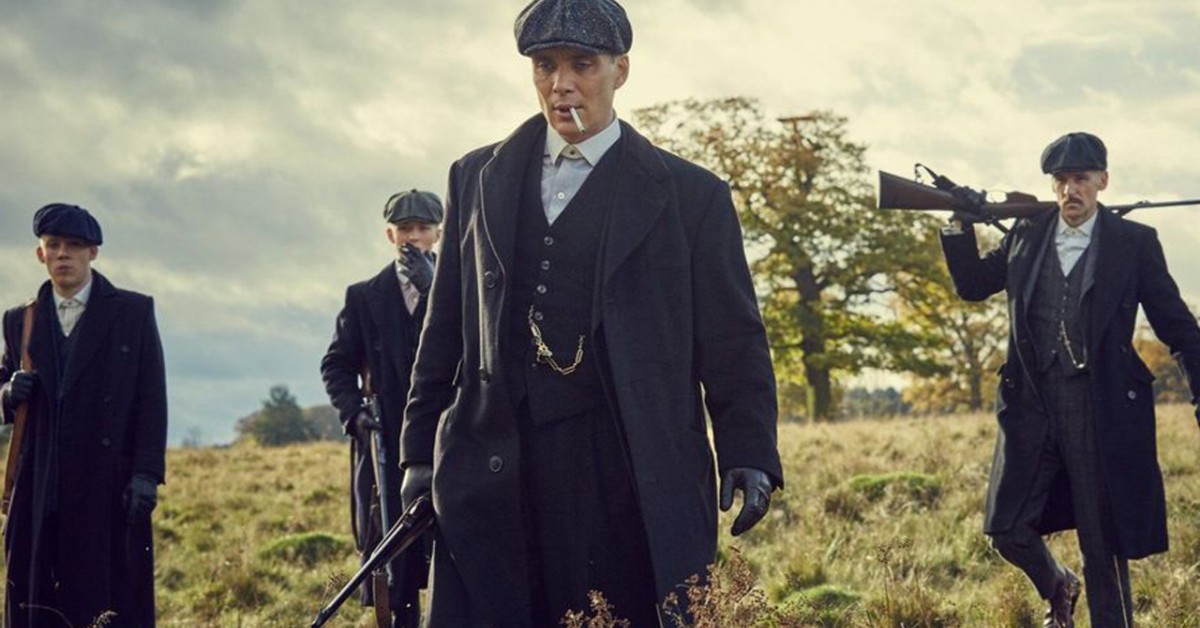 Our list would be incomplete without ‘Peaky Blinders,’ set in 1900s Birmingham, England. It is a gangster crime drama about the eponymous criminal gang and its enterprising leader Thomas Shelby (Cillian Murphy). He catches the attention of a detective chief inspector of the Royal Irish Constabulary, who is sent by Winston Churchill to free the city of street criminals. The series shows the ambitious expansion of Tommy Shelby’s power as he overcomes one hurdle after another. Much like in ‘Godfather of Harlem,’ the cunning protagonist strives to find his way to the top, in spite of opposing forces.

‘Animal Kingdom’ depicts a 17-year-old Joshua Cody, who moves in with his grandmother’s family after his mother’s death from a drug overdose. The family, as it turns out, is not a regular one. It’s a Southern Californian gangster clan (headed by Joshua’s grandmother “Smurf”) that lives a life of luxury through their involvement in serious crimes. The series, like ‘Godfather of Harlem,’ balances familial ties and criminal activities just right. It involves a great deal of focus on the dynamics of familial relationships. 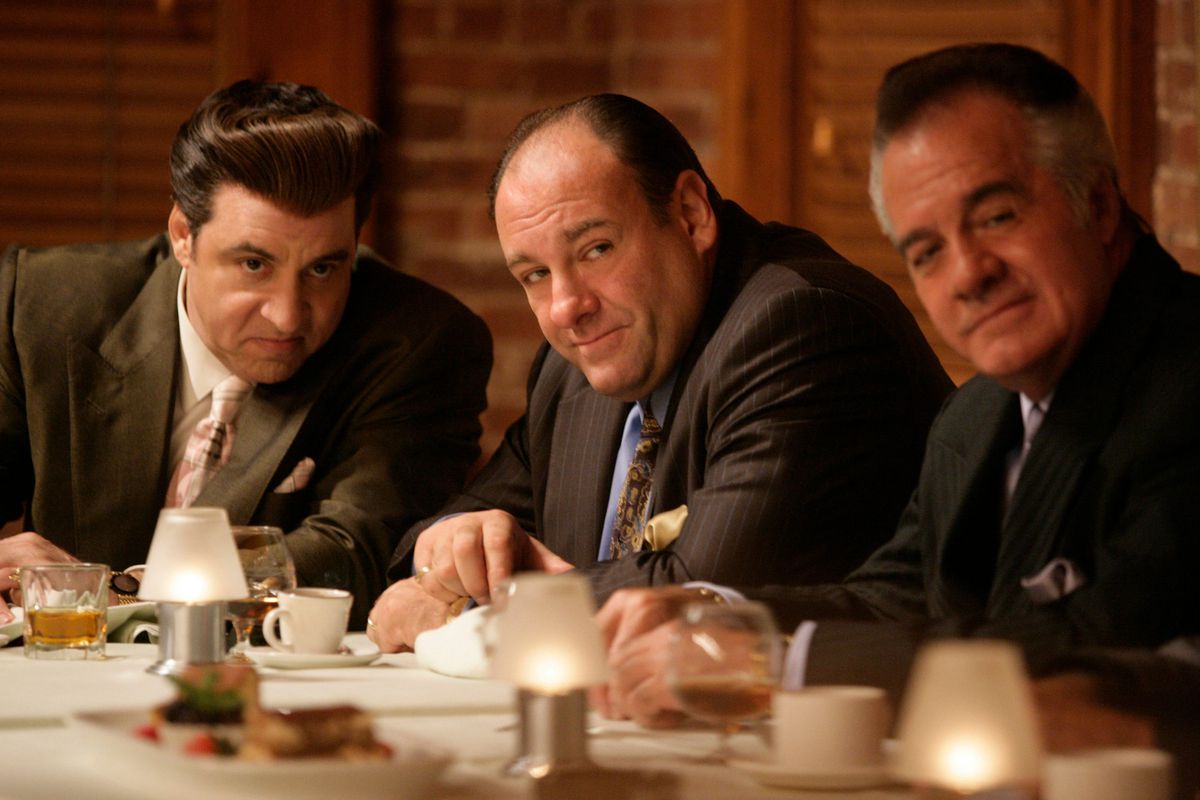 Crime family drama done right, ‘The Sopranos’ is about the DiMeo family’s underboss, Tony Soprano, who goes to a psychiatrist to help him cope with the troubles stemming from personal and professional life. He suffers from clinical depression and is mentally disturbed. The series is similar to ‘Godfather of Harlem’ in the dilemmas of a man of criminal background balancing his family and professional life.