A Castle for Christmas Ending, Explained 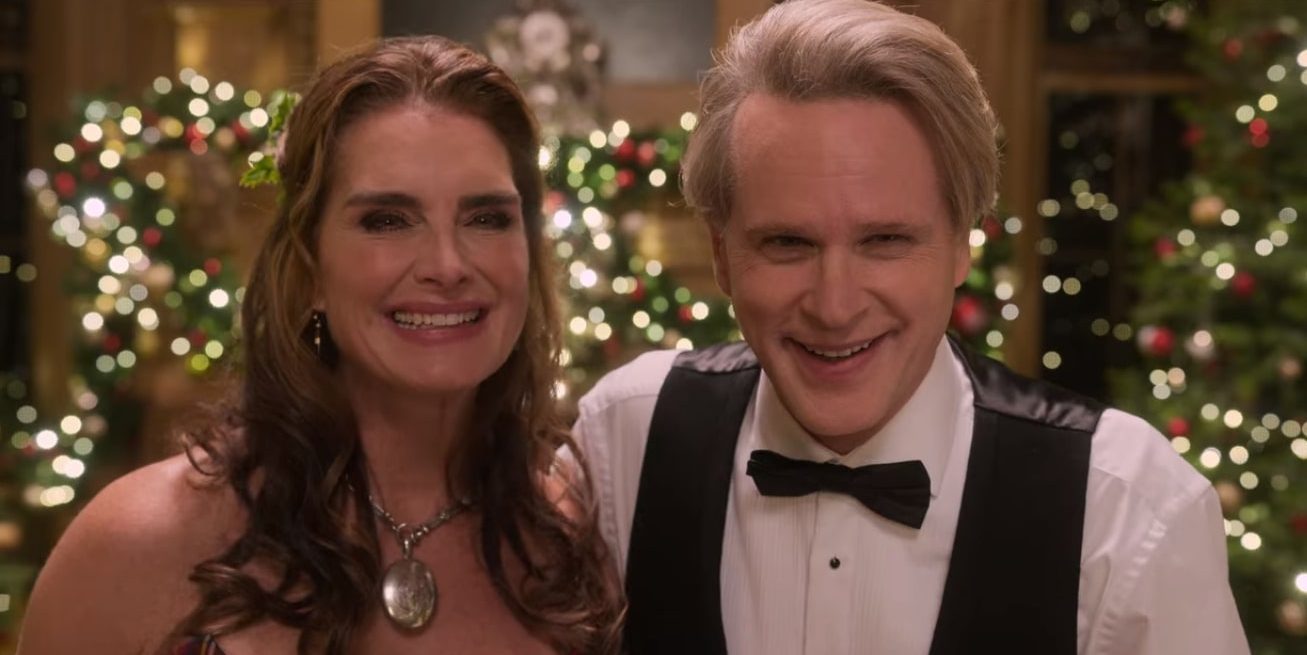 Brooke Shields’s Sophie Brown is a warrior at heart in the romantic comedy movie ‘A Castle for Christmas.’ Helmed by Mary Lambert, the Christmas-themed feel-good romance follows Sophie, a veteran bestselling author. She unwittingly charts new territories of love while hiding from the wrath of her devoted fans, who turn against her after she kills a character. Her destination for Christmas is an exotic castle in Scotland, where she would find her eejit prince charming. Cary Elwes delivers a convincing performance as the grumpy Duke against Shields. The ending is well-rounded. However, if you seek to recollect the final moments of the tale, allow us to escort you to the castle. SPOILERS AHEAD.

A Castle for Christmas Plot Synopsis

Sophie Brown (Sophie McGuinty) has made a name for herself through her bestselling Emma Gale fiction series. However, her twelfth book bloats up when she mercilessly throws fan-favorite male lead Winston off the staircase. After her fateful interview at the Drew Barrymore Show, Sophie’s publisher gives her the ingenious plan of visiting Scotland to derive inspiration for her new novel. The idea has merit since the tour can help Sophie reconnect to her Scottish past. Her destination is a tight-knit knitting community near the historic Dunbar Castle, which was once presided over by Queen Mary.

Sophie’s grandfather worked the estate, but after a rebellious act by her father Callum McGuinty, they had to leave the land and look for greener pastures in America. At the bed-and-breakfast, Sophie meets her ardent fans Maisie, Helen, Angus, and Rhona. The first thing on her bucket list is a tour of the castle, and modestly dressed Myles takes it upon himself to guide her around the court personally. When she comes to know from her new friends that the estate is for sale, she cannot help but grab the deal.

However, Myles, whom she thought to be a cranky worker, is the Duke himself, to her dismay. The reclusive Duke, although initially reluctant, changes his mind to sign a contract with Sophie. The agreement entails a three-month escrow, and in that duration, the Duke hopes that Sophie would be annoyed enough to leave her enterprise. However, Sophie gladly accepts the challenge, and while they vie for the castle, love takes root. Although Myles’ dog Hamish does not mind Sophie, his royal-size ego hinders the budding romance.

A Castle for Christmas Ending: Why Is Myles Selling the Castle?

According to Myles, Scotland has over 3000 castles, and some of them even date back to the 14th century AD. However, most castles remain in a poor state in these changing times. A few have been rebranded into tourist accommodations and golf courses. The Dun Dunbar castle is one of the unfortunate ones, waiting to go to a new owner. The Duke’s father (the Eleventh Duke of Dunbar), we come to know, was a spendthrift. He squandered all the money that came with his royal heritage, spent a fortune on his lavish lifestyle, and ended up dead at a hotel in London. 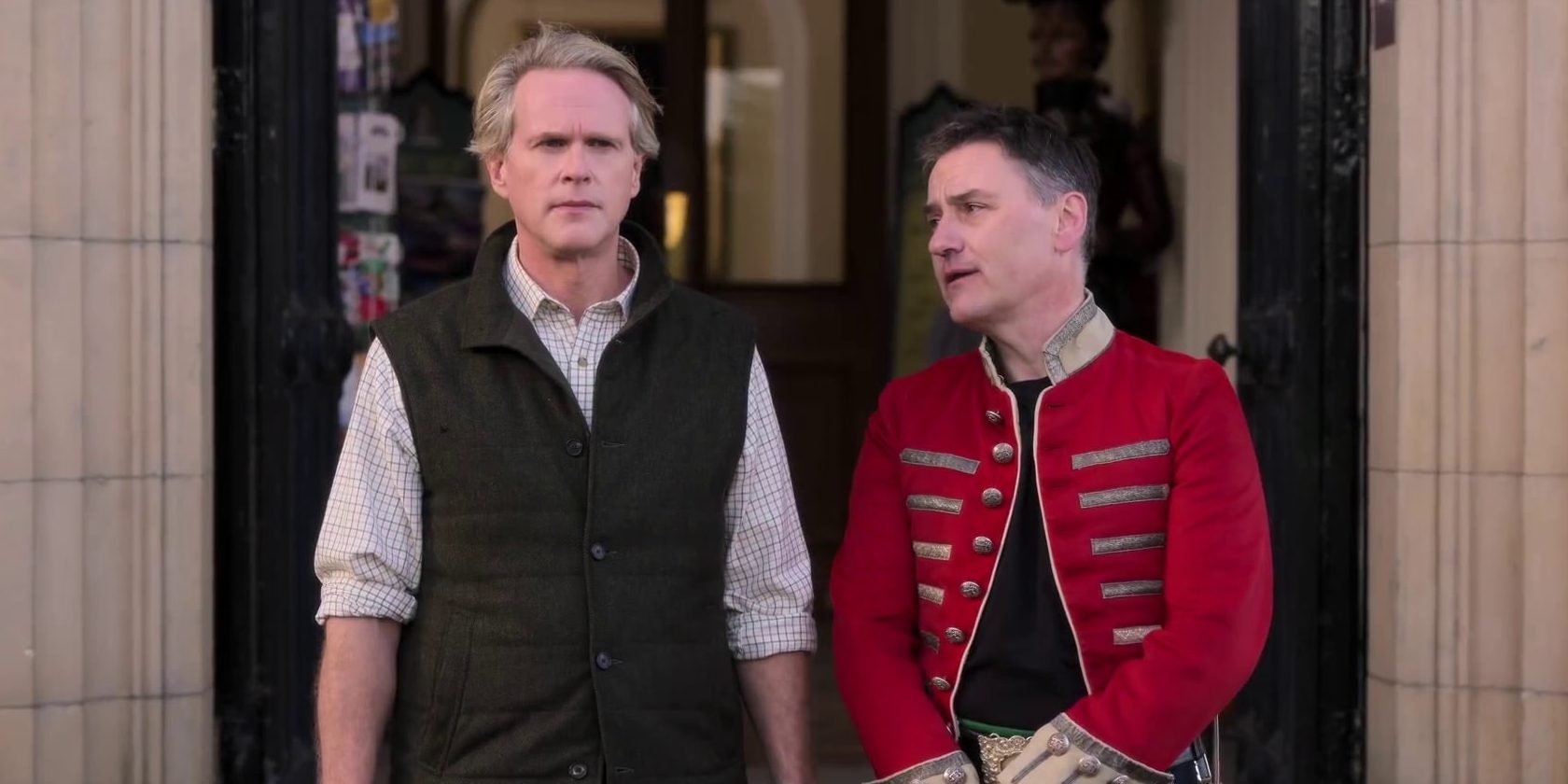 In effect, Myles has been bereft of his riches from an early age, left with only the regal title at his stride. He does not care much for the lifestyle, but the castle is something he loves more than his life. When Sophie, the prospective owner, starts staying at the house (because of the escrow), he tries his best to make her life miserable. However, his lackluster attempts cannot do much to tarnish Sophie’s unyielding spirit. In the span of three months, Sophie wins the hearts of the locals. She initially hates the Duke but has a change of heart midway in the film.

From Helene, the elder most deme in the group, Sophie comes to know that the Duke is only selling the property to clear the debts of the commoners. The debt laws in Scotland (called “diligence” in the traditional law) are pretty tricky to figure out due to being a mix of traditional and written litigation. In the past, the landlord creditor was allowed to perform sequestration for rent, but in modern times, landlords like Myles choose to pay off the debts of their tenants. Myles gives Sophie a tour of the local area, including the Dun Glen Holy Well. Legend has it that the first Dutchess of Dunbar married a commoner on a Christmas Eve at Dun Dunbar.

Since then, Dun Dunbar used to host a Christmas celebration where all the villagers took part. Sophie plans to revive the tradition, and Myles complies. While making arrangements for the party, they fall for each other. The night before Christmas, Myles uneasily expresses his feelings. While Hamish remains content with Sophie’s shoe, the new lovers shut the door behind them. However, the following morning, when Sophie suggests that Myles can stay in his palace, it hurts his ego. The castle stands for his family heritage, and Myles cannot be a boarder in his own house. However, he later realizes that people and memories come before grand titles and grander establishments.

Do Sophie and Myles End Up Together?

After the heated conversation with Myles, Sophie comes back to the inn. She chooses to leave for the airport in the morning, but nobody wants her to go. Without her, the party at Dunbar Castle would not be the same. Eamon, the cab driver, heads back to the pub, Helen stalls her by informing about the terrible weather in Edinburgh, and even good-hearted Angus does not help her much. However, Myles has an epiphany about his mistakes. At night, when Sophie is plotting to introduce Myles in her next novel as the twin brother of Winston, she hears a noise outside.

As she opens the window, a snowball greets her face, and she sees Myles. Disheartened by the snowball setback, Myles retreats, but a counter-attack makes him turn. He expresses his endless love for Sophie, and they head back to the party. Myles has also bought flight tickets for Lexie, Sophie’s daughter. In the speech, he honors the memory of Callum McGuinty. A time jump takes us a year ahead, and we see the lovers living their happily ever after. Despite their contrasting characters, the lovers end up together. Myles finds his lost zeal for life, while Sophie gets inspiration to write her next novel.

Can Sophie Write Her Next Novel?

Sophie comes to Scotland to find inspiration for her next novel, and she ends up gathering so much more. The final moments bring Sophie back to the Drew Barrymore Show after a year, but the year has changed a lot for her life. Sophie finally writes her new novel, and it is not an Emma Gale novel. Although she was last seen continuing work on the thirteenth Emma Gale book, she drops the idea in favor of a castle, a sword, and a fearless woman. Her new novel, ‘A Warrior at Heart,’ is her most coveted book yet. The fiction, presumably set in Scotland, is highly praised in the media. Meanwhile, her previously agitated fans have seemingly forgotten about Winston’s death.

Read More: Where Was A Castle For Christmas Filmed