A Not So Merry Christmas Ending, Explained: Was Chuy Dreaming? 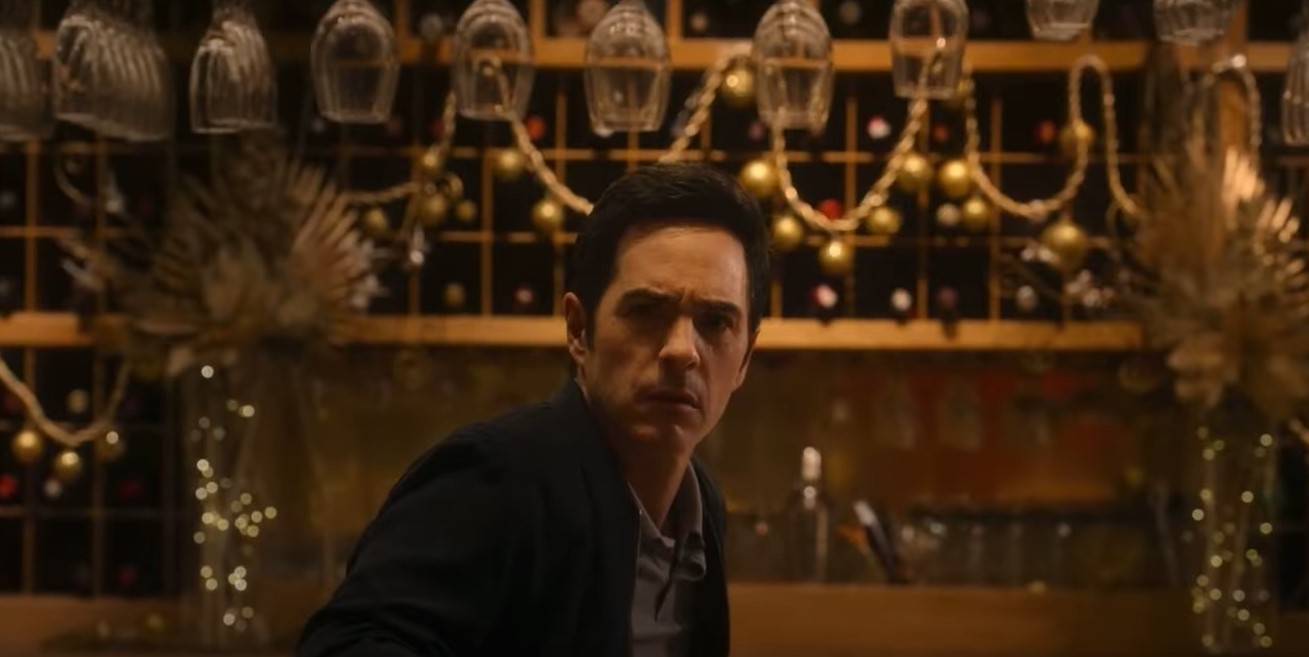 Living the same day over and over again is not a good idea. Especially when you absolutely hate the day and everything it represents. That’s the story in a nutshell of the Mexican comedy movie ‘A Not So Merry Christmas.’ Directed by Mark Alazraki, the Netflix movie follows the story of Chuy, an average guy who hates Christmas with all his heart. He is bitter, cynical, and only worries about his money problems. His life turns into a nightmare when he wakes up to experience only Christmas Eve every year.

Starring Mauricio Ochmann, Ana Brenda Contreras, and Manu Nna, the movie features various themes, from the importance of family to the value of being kind. ‘A Not So Merry Christmas’ also explores the reasons and situations from one’s childhood that shape the person in adulthood. Consequently, you must be wondering how a person can only experience Christmas Eve each year. So, let’s talk about the ending of ‘A Not So Merry Christmas.’ SPOILERS AHEAD!

A Not So Merry Christmas Plot Synopsis

Chuy lives with his wife, Daniela, and two young kids, Paola and Oscar. The happy family celebrates Christmas with much gusto. Their close family and relatives come over for dinner every Christmas Eve. However, in celebrating the merry festival, Chuy’s family forgets to celebrate his birthday. Thus, he gets irritated and frustrated every Christmas Eve. His freeloading family never helps out, and Chuy has to organize everything single-handedly.

The festival of Christmas signifies Chuy’s worst nightmare. Things take an uglier turn as the bitter man enters a bar and orders a drink. When he takes his first sip, the bartender reveals themselves to be a Diva Godmother. Due to Chuy’s cynicism and agitated attitude, the Godmother casts a spell on him. The spell makes Chuy relive Christmas repeatedly until he learns to appreciate the magic and spirit of Christmas.

Year after year, he wakes up to experience Christmas Eve and his birthday with his family. Without ever taking a moment to appreciate everything he has in life, Chuy is only concerned with what he lacks. He pretends to enjoy Christmas and love his family, only to get out of the spell. Chuy does not remember any other day of the year either. He comes across the Godmother a couple of times and gets advice on how to break the spell. However, they only tell him to enjoy his time with his family.

In the midst of dealing with the spell, Chuy completely overlooks his wife and kids. They get distant from him day after day. Chuy does not want his wife to work or be a businesswoman because he needs her to take care of the household. Such misogynist behavior, coupled with his lack of attention toward his kids, creates a rift between Chuy and his family. The consequences of the same and Chuy’s struggles with the spell are resolved in the climax of the comedy film.

A Not So Merry Christmas Ending: Was Chuy Dreaming?

The events of the movie are nothing short of a nightmare for Chuy. His hatred for Christmas and everything surrounding it is very clear from the beginning of the movie. Chuy’s pessimistic attitude and demeanor separate him from everyone in his life. Understandably, his parents forgot his birthday when he was a kid. However, his wife and kids always remember and even bring him a cake in bed. They do it yearly, but Chuy is too busy getting annoyed at the exhausting day.

Every year, he keeps getting older as life passes him by. He wakes up only to experience Christmas Eve with his family. Rather than making him kinder, the spell only worsens his negative attitude. Chuy has no patience for his extended family and despises the time spent with them. Daniela and his kids try so hard to pull him out of his grumpiness and be happy. Nonetheless, the man does not change.

The spell wrecks his life. However, like every lost traveler, he comes back home after realizing the error of his ways. The Diva Godmother makes Chuy appreciate Christmas and the presence of his loved ones. He makes things right with his family and understands how cruel he has been. Everything falls into place, and Chuy wakes up in his bed just as he does the very first time in the movie.

Now, the question arises whether Chuy cooked up this entire event in his dream (or nightmare or it was something else altogether. We believe Chuy did not dream about the events of the movie. The Diva Godmother is clearly powerful and possesses the gift of magic and spellcraft. So, in all probability, they sent him back in time to the moment when everything started. After knowing everything he knows now, Chuy is better equipped to have patience and to love his family for who they are. He can finally feel the love and happiness that surrounds him.

However, even if Chuy dreamt about everything he experienced, we are glad to have him learn the value of family in life. All this time, he glided through life without even having an ounce of appreciation for his family. He truly had it all and did not recognize it. So, it doesn’t matter if it happens in his dream or through magic; Chuy’s redemption and a change in his perspective give the movie a joyous ending.

How Does Chuy Lift The Spell?

Just as the Diva Godmother instructs, Chuy can only get out of the spell if he enjoys Christmas. Furthermore, he has to truly mean it and not pretend to have a good time. He has wasted so many Christmases and festivals in life because of his despairing attitude. Chuy has a loving family, but their love goes wasted as Chuy does not receive it with joy.

Chuy comes to acknowledge his erroneous behavior when he sees a glimpse of his cynicism in his daughter. That’s when he learns about the pain of his family after all these years. When Chuy learns that Daniela wants a divorce and his mother died a few months before Christmas, he feels devasted. Due to the spell, he never anticipated these events, let alone be prepared for them. Chuy regrets his actions and resolves to make things right. He brings his family together for one last Christmas dinner after apologizing to everyone from the bottom of his heart.

Consequently, the purpose of his spell gets accomplished. Chuy finally comes to love and appreciate his family and everything they do for him. Only after losing everything Chuy learns the true value and importance of the little joys in life. As he revels in the company of his lovely family and enjoys the spirit of Christmas, the Diva Godmother lifts the spell. Chuy goes back to regular life as a changed man. He wakes up with a smile on his face and hugs his children tightly. Chuy even sings the birthday song and enjoys his day. Thus, we know Chuy has left his grumpy ways behind.

Who Are The Kids Dancing In The End?

In a place decorated like a Christmas wonderland, little kids pop up with excitement to exclaim and inform everyone that Chuy has finally done it! The kids start celebrating and dancing as soon as Chuy brings his family together for the impromptu Christmas dinner. The whimsical music plays in the happy setting with kids dressed as elves. They run up to the Diva Godmother to tell her about Chuy’s incredible feat. Consequently, they lift the spell off Chuy and send him to a happier life.

The kids symbolize the elves that help Santa make presents and keep children happy. Kids reflect happiness and hope in a world of despair. They represent everything Chuy has been missing out on. Somewhere along the way, he lost his inner child and stopped delighting himself with the joys of families, festivals, and birthdays. The kids can also be seen as little helpers of the Diva Godmother. Unlike adults who are burdened with the sorrows of life, kids are happier and know how to have fun with the tiniest of things in life. They embody every aspect of Christmas.

Read More: Where Was Netflix’s A Not So Merry Christmas Filmed?