A Ring For Christmas: Filming Locations And Cast Details 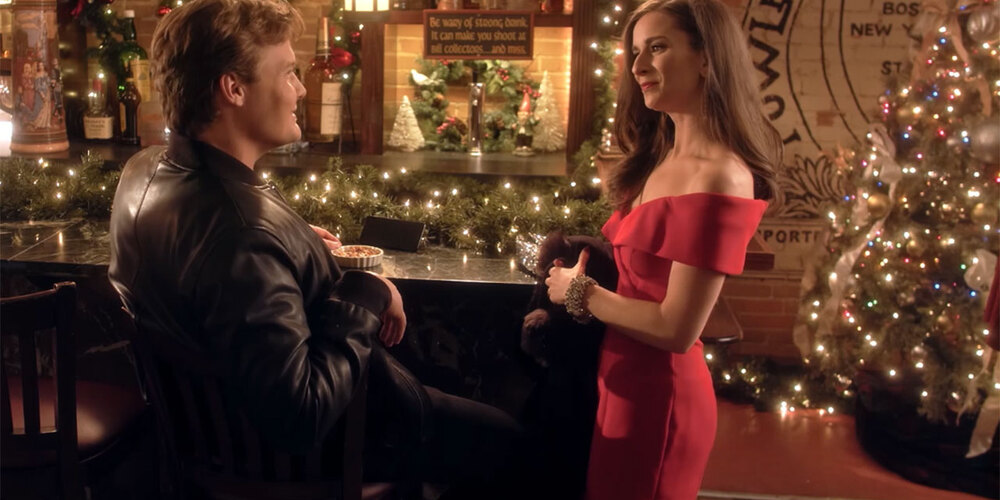 ‘A Ring For Christmas’ is a festive rom-com that revolves around spoiled rich girl Angie Moore who lives a lavish lifestyle on her parents’ dime but gets cuts off by her fed-up mother, just 25 days before Christmas. Angie finds out that there is a sweet trust fund that will become accessible to her when she gets married, so she sets out on a quest to find herself a husband till Christmas. Angie travels to her hometown – Greenwood – and decides that her high-school crush Tyler would make a suitable husband.

However, Angie finds herself falling for the charms of Tyler’s best friend, Gabe, as she helps Gabe in remodeling his grandfather’s diner. With Christmas right around the corner, who will Angie choose as her life partner, and will she realize the true meaning of Christmas along the way? Here are all the filming locations used for ‘A Ring For Christmas,’ and further ahead is all the information about the main cast.

A Ring For Christmas Filming Locations

‘A Ring For Christmas’ was filmed in a couple of different locations in the states of New York and Massachusetts. Here are more details about specific locations where this movie was shot.

At the start of ‘A Ring For Christmas,’ Angie is seen living the rich, carefree life in the Fort Greene neighborhood of Brooklyn, New York City. Filming was mainly done inside a Fort Greene apartment that served as Angie’s home. 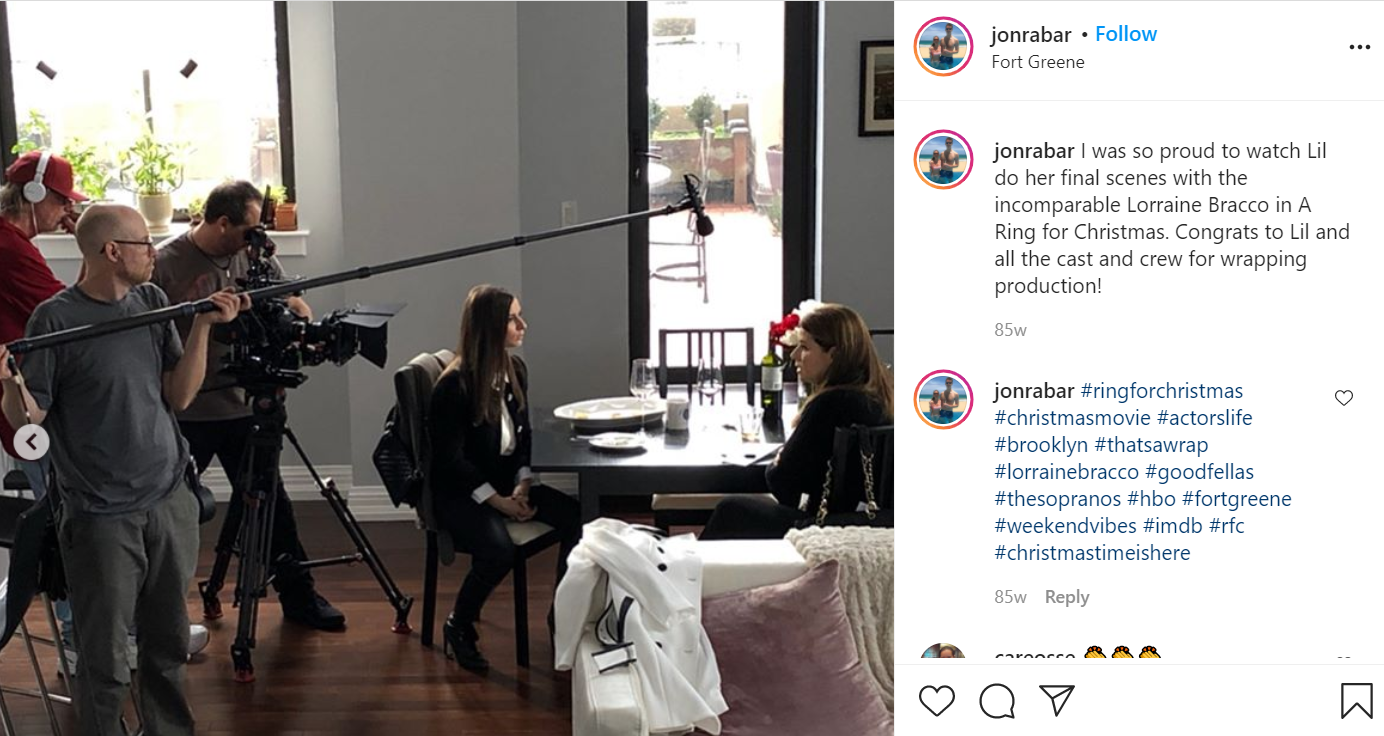 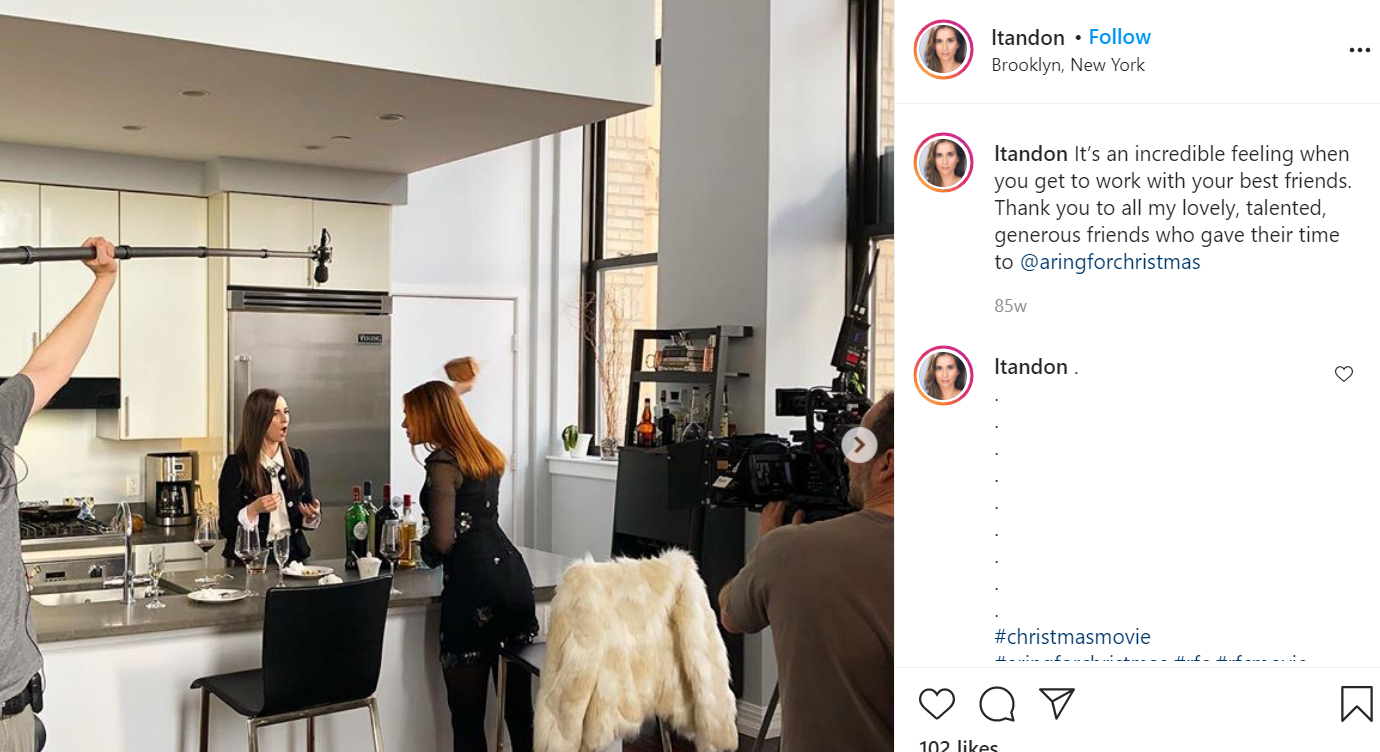 The shooting for the scenes in which Angie is on a shopping spree took place in Manhattan, in the vicinity of The Plaza Hotel on 5th Avenue.

The scenes that are set in Angie’s parents’ family home were filmed in the town of Weston, Massachusetts. The parts of the film showcasing Christmas celebrations with the family were filmed at a big mansion in Weston. 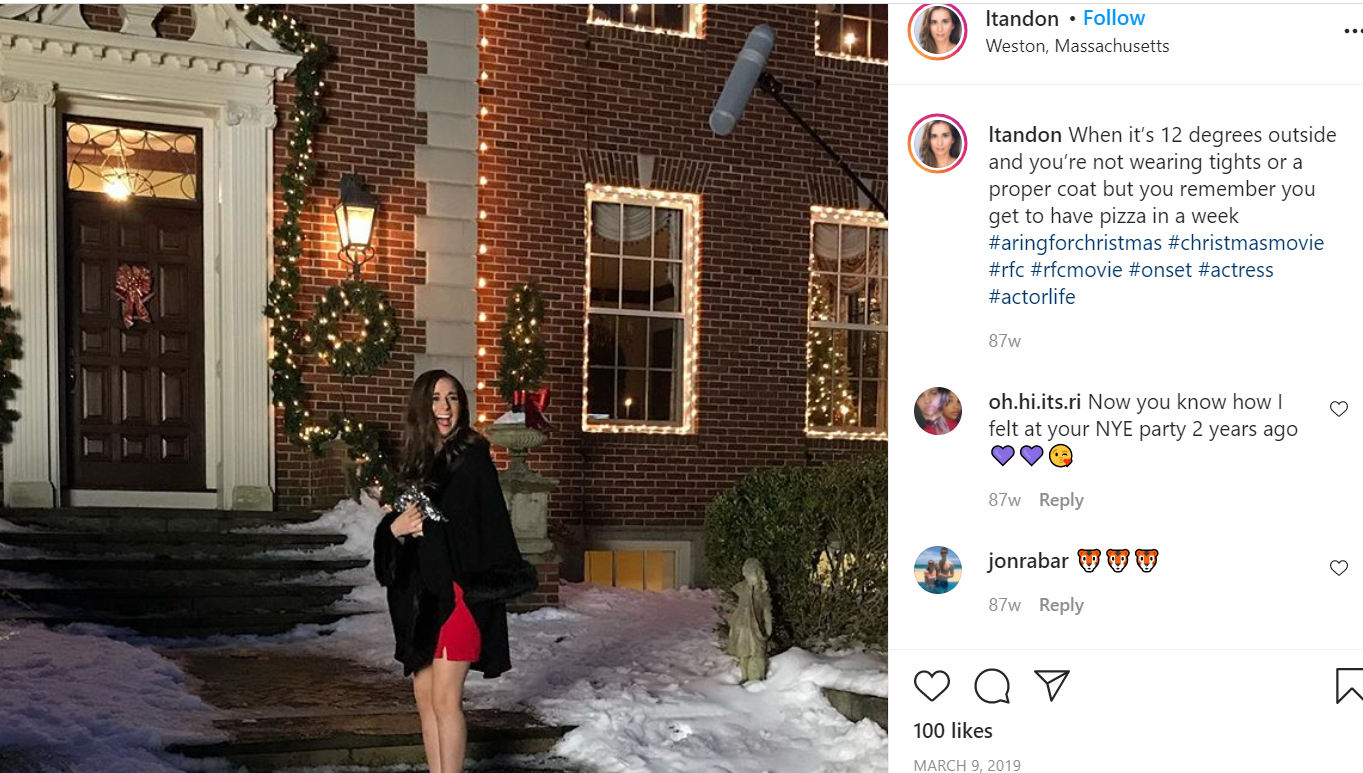 The majority of the film (all the scenes set in Greenwood) was shot in the town of Newburyport, Massachusetts. The specific spots around town where filming took place are the State Street, the Masonic Temple on Green Street, the Market Square, and the restaurant Brine. Brine was transformed into the 50s-themed diner that’s owned by Gabe’s grandfather, which Angie helps Gabe renovate. 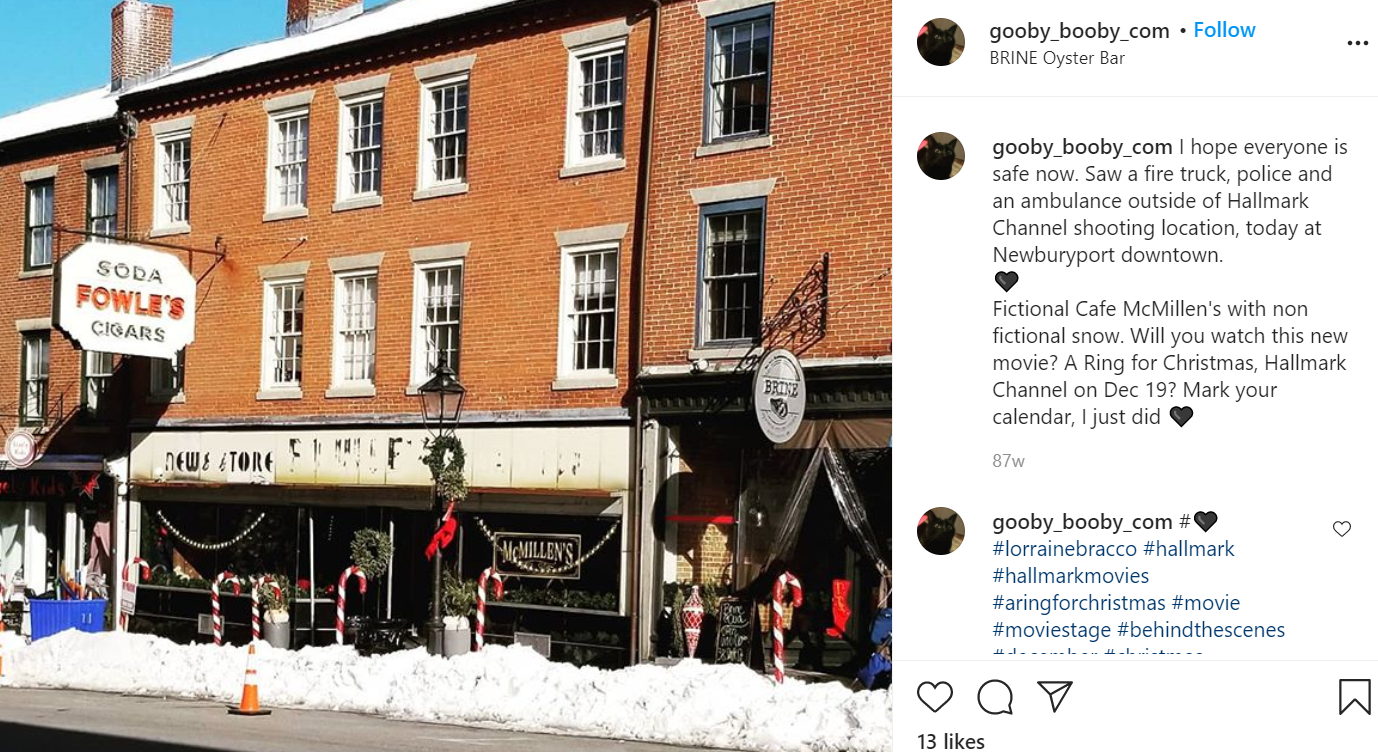 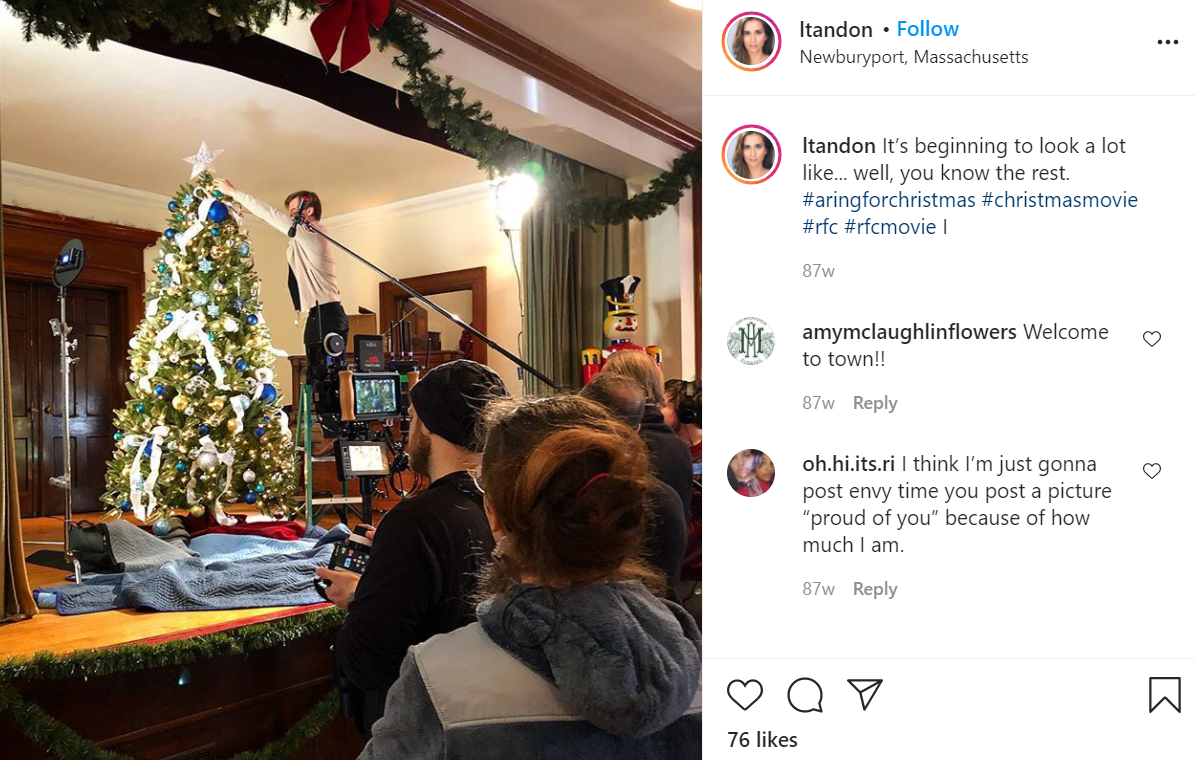 A Ring For Christmas Cast

Actress Liliana Tandon, who plays Angie, has not acted in many films or shows yet, but she’s making her presence known through the few that she has done so far, which include ‘Period Piece’ and ‘Indiscretion.’ Dean Geyer, best known for ‘Glee’ and ‘Terra Nova,’ plays the role of Gabe, while Charles Hittinger (‘Pretty Little Liars‘) portrays the role of Tyler. Lorraine Bracco of ‘Goodfellas‘ and ‘The Sopranos’ fame is Angie’s mother, Margaret.