A Taste of Summer Filming Locations and Cast 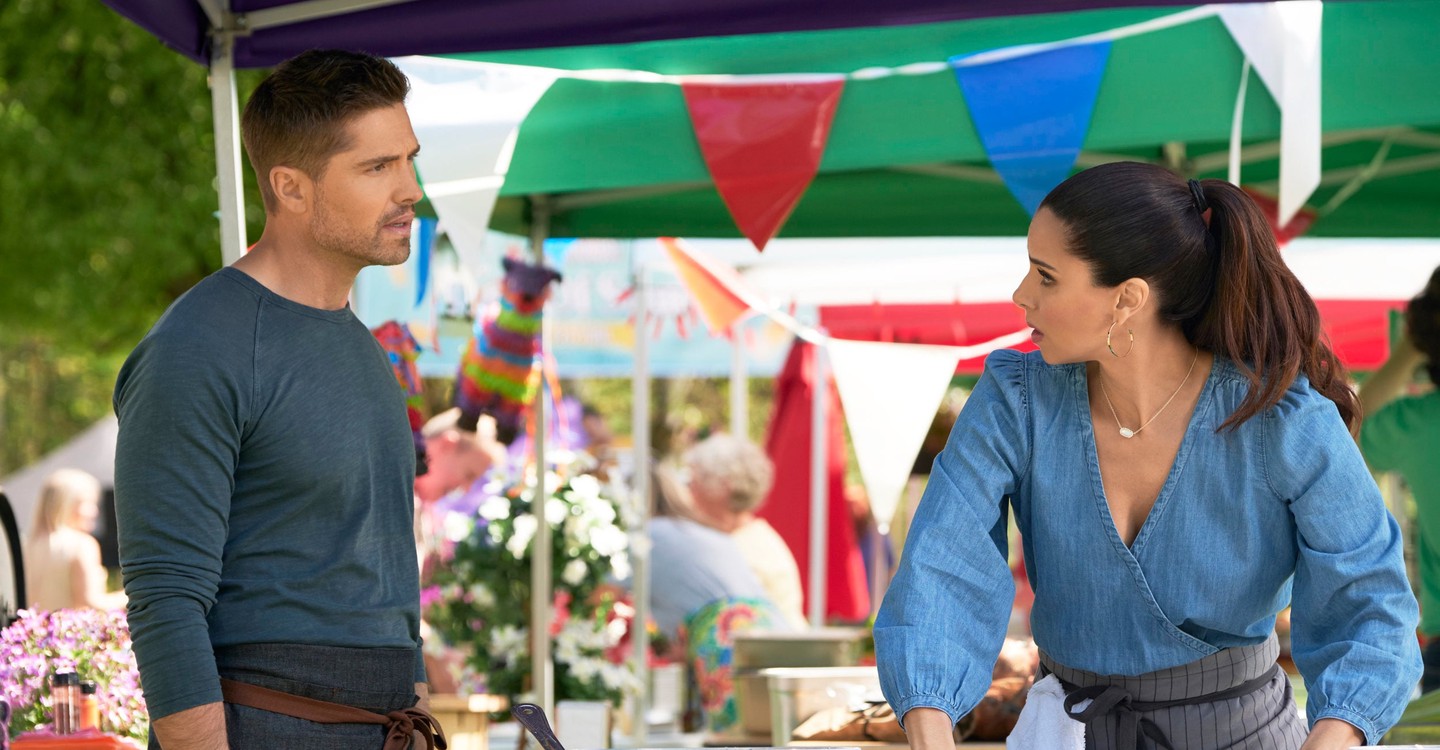 Sometimes, competitions aren’t always cutthroat. However, that does not mean that the participants are any less passionate about winning. Competitors can also connect with one another on a human level. In fact, sometimes, competitions might even bring two people in the closest manner possible: romantic. Perhaps, “opposites attract” is a more literal phrase when it comes to such scenarios. This is exactly what Hallmark’s ‘A Taste of Summer’ is all about.

‘A Taste of Summer’ revolves around the character of Caleb Delaney. He is a single father and a go-getter. He runs a restaurant in Bright Shore, Massachusetts, and actively takes care of his responsibilities. One day, a woman named Gabby movies into his locality. There, she opens her own restaurant that directly competes with Caleb’s.

Hence, Caleb and Gabby’s “boy-meets-girl” moment is slightly more competitive than usual. However, both of them attempt to put aside their differences in order to interact with one another. It turns out that both of them are participating in Bright Shore’s Taste of Summer Food Festival. Gabby rediscovers her passion for cooking while becoming close to Caleb. However, will their bond be hampered by the competition? There is only one way to find out!

A Taste of Summer Filming Locations

‘A Taste of Summer’ is a movie that is set in Massachusetts. The setting plays an integral role in the plot. It wouldn’t be wrong to say that it functions as if it were another character of the show. Hence, it is natural for viewers to wonder where the Hallmark movie has been filmed. Is it actually shot in Massachusetts? Or has some other location doubled up as the state?

Filming for ‘A Taste of Summer’ was not actually carried out in Massachusetts. Instead, the movie was filmed in Canada. Most Hallmark movies have been filmed north of the border. This is mainly because Canada offers lucrative tax credits that help producers cut down on their filming costs. Of course, it brings in local employment opportunities and diversification of the economy as well. Have a look at the following post. It proves that filming was carried out in Vancouver in the British Columbia region of Canada:

Here are some other behind-the-scenes photos:

A Taste of Summer Cast: Who is in it?

Several viewers would have also wondered about the cast of ‘A Taste of Summer.’ It is led by Eric Winter. He plays the role of Caleb in the movie. Some of the other projects that he has been a part of include ‘The Rookie,’ ‘The Good Doctor,’ ‘Finding Santa,’ and ‘Rosewood.’

Next, the character of Gabby is played by Roselyn Sanchez. Apart from ‘A Taste of Summer,’ she is also seen in ‘Act of Valor,’ ‘Rush Hour 2,’ ‘Without a Trace,’ and ‘The Game Plan.’ Other cast members of the Hallmark movie include Alison Araya, Antonio Cayonne, Nyla Blackman, Gracyn Shinyei, Matt Mazur, Ben Wilkinson, Alvin Sanders, Edwin Perez, Marco Grazzini, Hannah Pederson, and Brenda Crichlow.