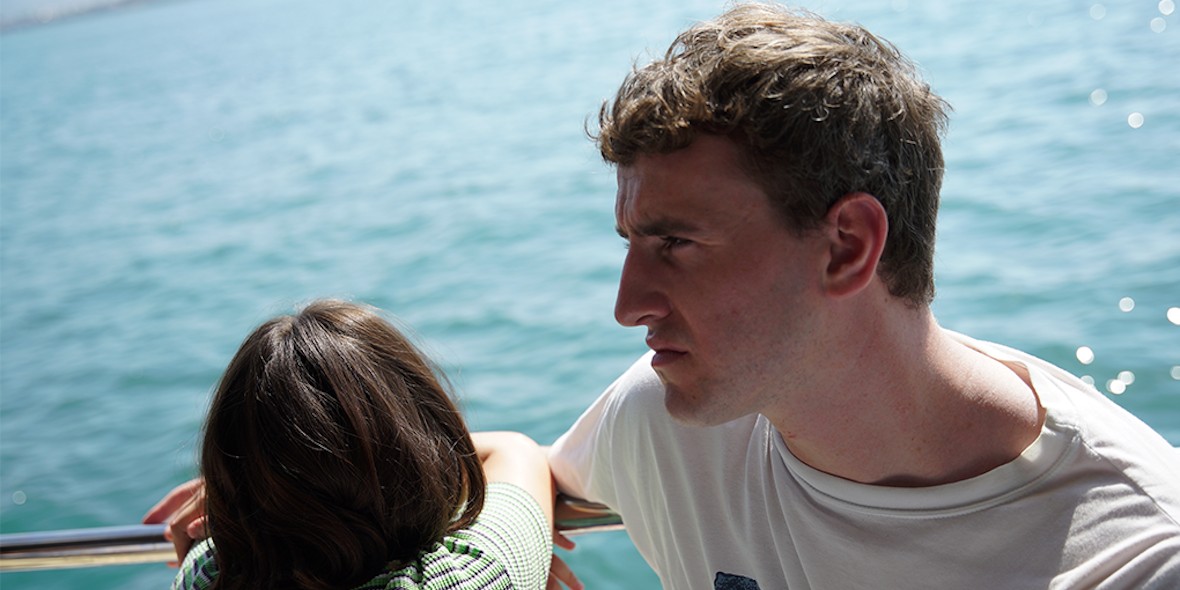 ‘Aftersun’ marks the feature film debut of writer-director Charlotte Wells. The drama film is a heartfelt portrayal of a daughter’s relationship with her father, explored through the prism of timeless memories. The film stars Paul Mescal (‘Normal People‘), a single father who takes his eleven-year-old daughter, Sophie, on vacation to a Turkish resort on the eve of his 31st birthday. However, Calum deals with the anxieties of being in his 30s while Sophie discovers the world of adolescence.

The slow-paced and emotionally riveting movie provides an intimate look at the relationship between a father and daughter, making it deeply personal for the viewers. However, it refuses to provide answers to some of the burning questions about its plot and characters. Therefore, viewers must be in search of some explanation. In that case, here is everything you need to know about the ending of ‘Aftersun.’ SPOILERS AHEAD!

‘Aftersun’ opens with a young Sophie recording her father’s “ninja moves” while on vacation at a resort. Sophie is embarrassed by her father’s actions, and she engages in witty banter with Calum. We then jump to a scene in the recording that depicts Sophie waving goodbye to someone at the airport. The film then tracks all the way back to the beginning and formally introduces us to Sophie, an intuitive eleven-year-old girl who is on a plane with her father, Calum. The father-daughter head to Turkey on vacation to celebrate his 31st birthday. 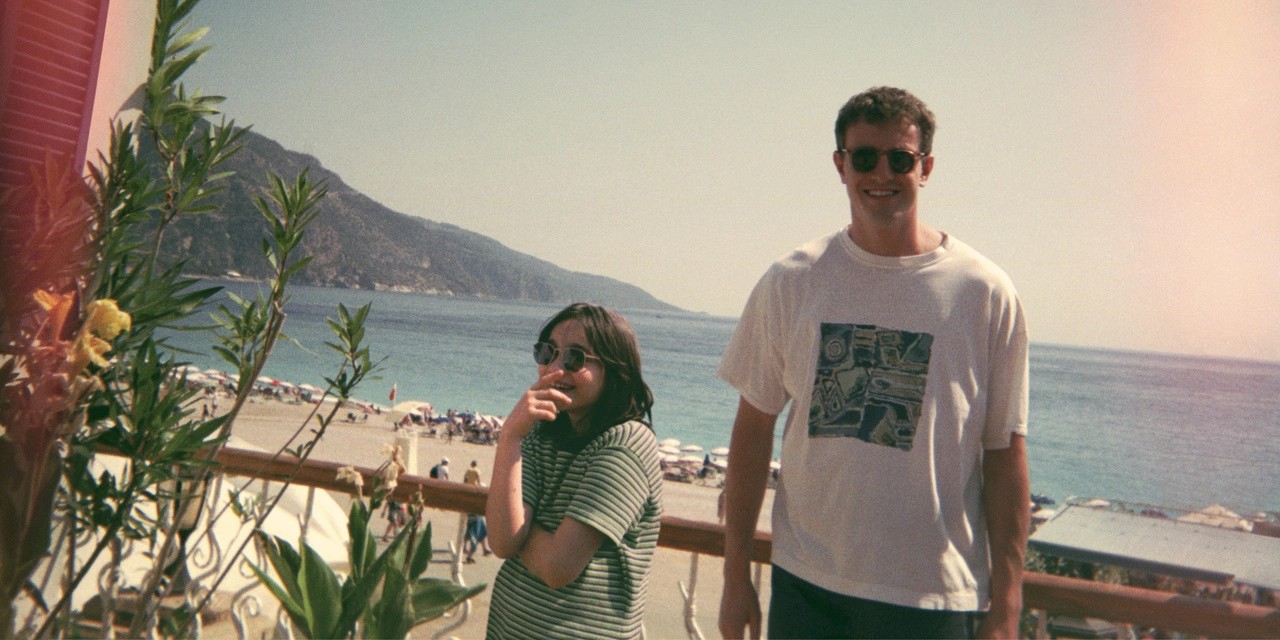 In Turkey, Calum and Sophie stay at a resort and explore their new surroundings. However, it soon becomes evident that Calum is emotionally distant. Nonetheless, he deeply loves Sophie and cares for her to the best of his ability. Calum is separated from Sophie’s mother. While the couple is divorced, they are on good terms with each other. Soon, it becomes evident that Calum is dealing with certain emotional troubles. In one instance, he expresses his surprise at being alive at 30 and wonders if he will survive till his 40s.

Through Calum’s interactions with Sophie, it becomes evident that Calum is having financial problems. Moreover, he is single and hasn’t had a steady, loving relationship in a long time. Calum has fallen into a pattern of self-hatred and experiences sudden waves of sadness he can not explain to his daughter. He hides his emotions with self-help books and uses Tai Chai to calm down his anxieties. Meanwhile, Sophie witnesses he father dealing with adult problems that she cannot process or understand.

At the resort, Sophie experiences what it means to be an adolescent. She witnesses several teenagers talking about and indulging in sexual activities. Sophie befriends another guest at a resort, a young boy who seems to have a romantic interest in her. Simultaneously, we see flashes of strobe lights as intercuts of Calum dancing at a rave fill the frame. Likewise, Calum teaches Sophie to use the video camera as they record their vacation together.

Later, Sophie starts feeling a distance between herself and Calum after he refuses to perform a karaoke song in public with his daughter. A disappointed Sophie spends some time alone while Calum has an emotional breakdown in the hotel room. Soon, it is time for Sophie to return home, and she bids farewell to Calum, bringing us to the end of the recording. By this time, the cracks in the father and daughter’s relationship and the facade that Calum is putting up for the sake of Sophie become evident. The experiences on the vacation shape Sophie’s perception of her father and her adult life, forming the rest of the plot.

Aftersun Ending: Where Is Calum? What Happens to Him?

After arguing with Calum, Sophie wanders off to spend some time by herself. Meanwhile, Calum goes back to the hotel room but feels restless. Following his breakdown, Calum heads to the beach. We see him approach the waves as he vanishes into the night’s darkness. It is as if the darkness, the depression, the self-hatred, and the sadness within Calum are consuming him. The next time we see Calum, he is passed out in bed as Sophie returns to the room. 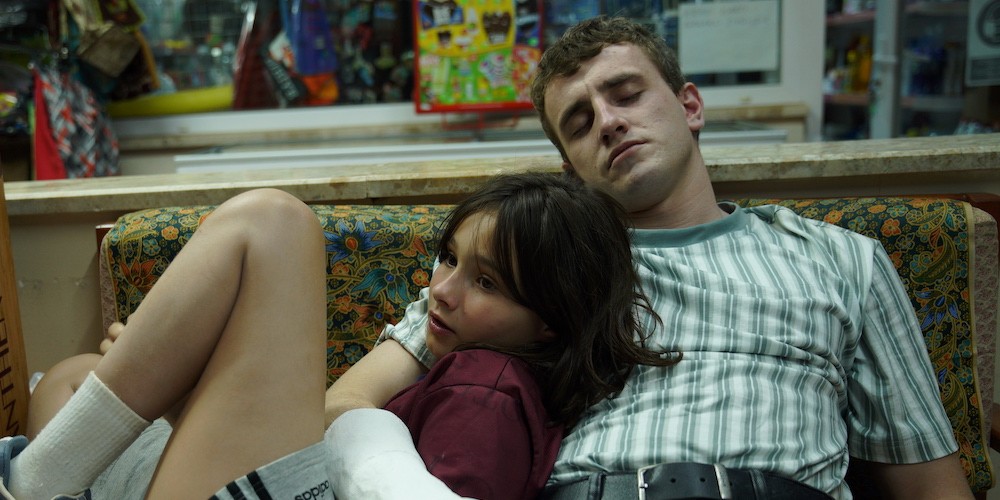 On the final day of their stay at the resort, Sophie and Calum attend a pool party. Calum takes to the dance floor and freely dances to the music. Sophie is embarrassed but joins her father on the dance floor. The intercuts to the rave scene occur more rapidly than before. In the rave, Calum nears exhaustion as an adult Sophie steps onto the floor. In the past, Calum embraces Sophie, who pushes him away. However, in the rave, Adult Sophie finds her father and closes the distance between them. However, as Calum tries to hold on to Adult Sophie, he starts losing his balance.

Ultimately, we see Calum dropping off Sophie at the airport. He is the one recording the montage of Sophie we see at the film’s beginning. After Sophie bids a goofy farewell to her father, we see Calum filming the footage. He retreats into the airport corridor and disappears behind a door. The door opens momentarily to show the strobe lights imply that Calum enters the rave after dropping off Sophie at the airport. The rave is an imaginary space that most likely exists out of space and time. It is the pocket of memories that Sophie has created where Calum lives.

In this space, Calum appears the same age and wears the same clothes as he while dropping Sophie at the airport. Hence, it is implied that Calum is no longer a part of Sophie’s life. Moreover, several instances in the film highlight Calum’s depression and self-guilt. We see him disappearing behind a bus as if it squashed him, standing on the railing of his hotel balcony, almost ready to jump off and vanish into the ocean. All of these moments indicate that Calum s battling suicidal thoughts. Hence, we believe that Calum took his own life sometime after the vacation with Sophie.

What Is the Significance of Calum’s Dance?

The film’s climax delivers a satisfying yet unsettling moment between the father-daughter we follow throughout the story. On one side, Calum graces the dance floor with his carefree dance steps. On the other hand, he breathlessly dances in the rave as if his life depended on it. In the first instance, the bright sunny light gives a hint of optimism. During the second instance, flickering strobe lights in the darkness hint that hope is about to run out soon. Thus, the two different dance sequences can be seen as the two different perspectives Sophie has of her father’s struggles as an adult. 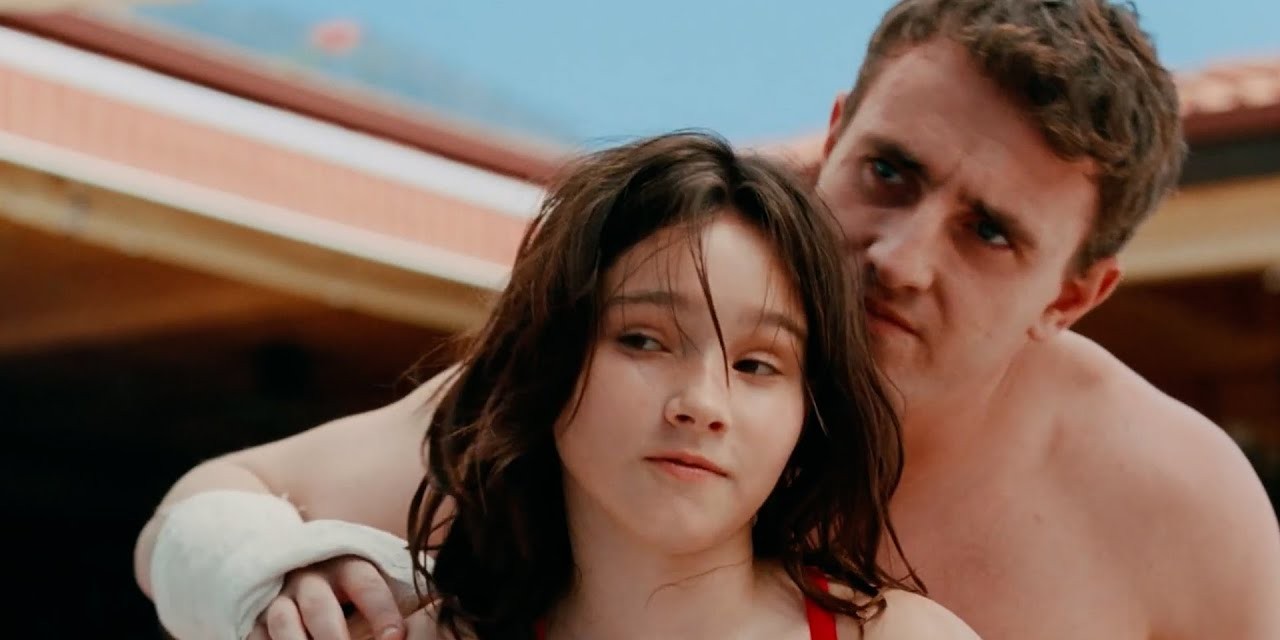 At the pool party, Sophie pushes her father away, while Calum fails to hold on to his daughter’s adult version in the rave. The sequence is tuned to “Under Pressure,” the hit single by the band Queen and singer David Bowie. The song embodies all the unknown and unsaid struggles that Calum is facing internally, the ones he hides behind the Tai Chi and fake enthusiasm, and the ones that seep through in moments with Sophie that showcase his emotional distance from his own daughter. These unexpressed and unresolved issues fill a sense of dread in the atmosphere.

Ultimately, the vividly different dances help the viewers and, more importantly, Sophie, see the man Calum was apart from being her father. In the rave, Sophie finally acknowledges that her father has become a shallow shell of the person she thought she knew. However, Calum keeps slipping out of her grasp, probably because Sophie is still coming to terms with the burdens of Calum’s actions. Thus, when Adult Sophie finally ends the distance between herself and Calum in the rave, she stares at the reality that she was too young to see in the past.

Perhaps this realization holds Sophie back from holding on to Calum. Sophie likely feels she could have been there more for Calum when he was struggling with the pressures of adulthood. In one scene, we see Calum reminding Sophie that she can talk to him about anything. Perhaps Sophie feels if only she had extended the same courtesy to her father, his burdens could have been lessened. The harsh truth hidden in the dance sequence is that Calum simply cannot keep up the facade he creates at the pool party and succumbs to the darkness of his thoughts.

Why Is Sophie Rewatching Her Dad’s Videotapes?

The final moments of the film reveal that Sophie is watching Calum on the videotapes they had recorded on vacation. The opening scene establishes that someone is playing the recordings on a TV. The same is evident when Sophie interviews Calum about turning thirty-one. The interview leads to one of the most gut-wrenching yet nonchalant revelations in the movie, as Calum tells Sophie about being abused as a child. The moment provides us with the first hint of the reason Sophie is watching the tapes and, more importantly, why she is stuck at this particular moment when the film starts. 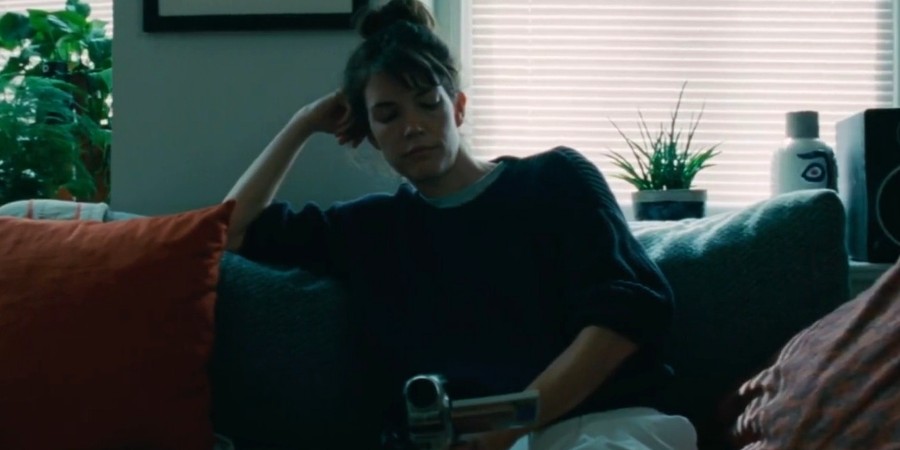 As we later learn, Adult Sophie is married to a woman and has a baby. Moreover, she is turning thirty-two and faces the same mental battles as her father, or at least similar ones. Thus, Sophie is able to see the other side of Calum that she could not see as a child. The same is evident in the movie as the camera lingers on seemingly irrelevant visuals while the dialog takes place off-screen. Such a visual treatment represents that Sophie is rewatching the videotapes and recognizing all the times she failed to see her father’s struggles.

However, with Sophie herself becoming a mother, she likely feels the need to mend her relationship with her father. Sophie probably hasn’t come to terms with losing her father. Hence, she must first understand the reasons for his actions and see for herself the sadness that simmered underneath the facade Calum presented Sophie. The former’s emotional distance complicates Calum and Sophie’s relationship as a father and daughter.

Sophie understands the trauma Calum’s parents caused him but also does not want her relationship with her child to mirror the one with Calum. Therefore, she watches the tapes to find solace in the good times she shared with Calum. Meanwhile, Sophie tries to overlook or perhaps forgive whatever failures he might have had as a father and a person. Ultimately, Calum exists in the imaginary space created by Sophie’s memories of her father. She finds it equally painful to let go of and hold on to Calum. In this tragic way, Sophie and Calum’s relationship finds an equilibrium, allowing Sophie to start her journey as a parent.