Is Aftersun Based on a True Story?

Directed by Charlotte Wells, ‘Aftersun’ is a drama movie that follows Sophie, a young girl who lives with her mother in Scotland while her father, Callum, resides in London. She goes on a summer holiday with him to Turkey in the late 90s, which ends up being the last experience they share. Years later, a grown-up Sophie visits Callum’s house after his death and tries to fill in the gaps several years, to bridge the little she understood of him to the person he really was.

Featuring nuanced performances by actors like Paul Mescal, Frankie Corio, and Celia Rowlson-Hall, the movie paints a realistic picture of estranged parent-child relationships. Moreover, it delves into how a person has an identity and aspirations other than being a parent, that often their child fails to understand till much later in life. Through the dreamy lens of childhood memories, ‘Aftersun’ intimately explores a girl’s perception of her father, making one wonder if the characters and their situation have anything to do with reality. If you wish to know the same, here’s what we can tell you!

Is Aftersun a True Story?

Yes, ‘Aftersun’ is partially based on a true story. It has been adapted from an original script written by Charlotte Wells and marks her debut as a feature film director. She reportedly based the coming-of-age story loosely on her own childhood experiences, although not completely. In a May 2022 interview with Variety, Wells shared that while her 2015 short film ‘Tuesday’ was centered around the loss of her father during her teenage years, ‘Aftersun’ is vaguely about another phase of father-daughter relationships. 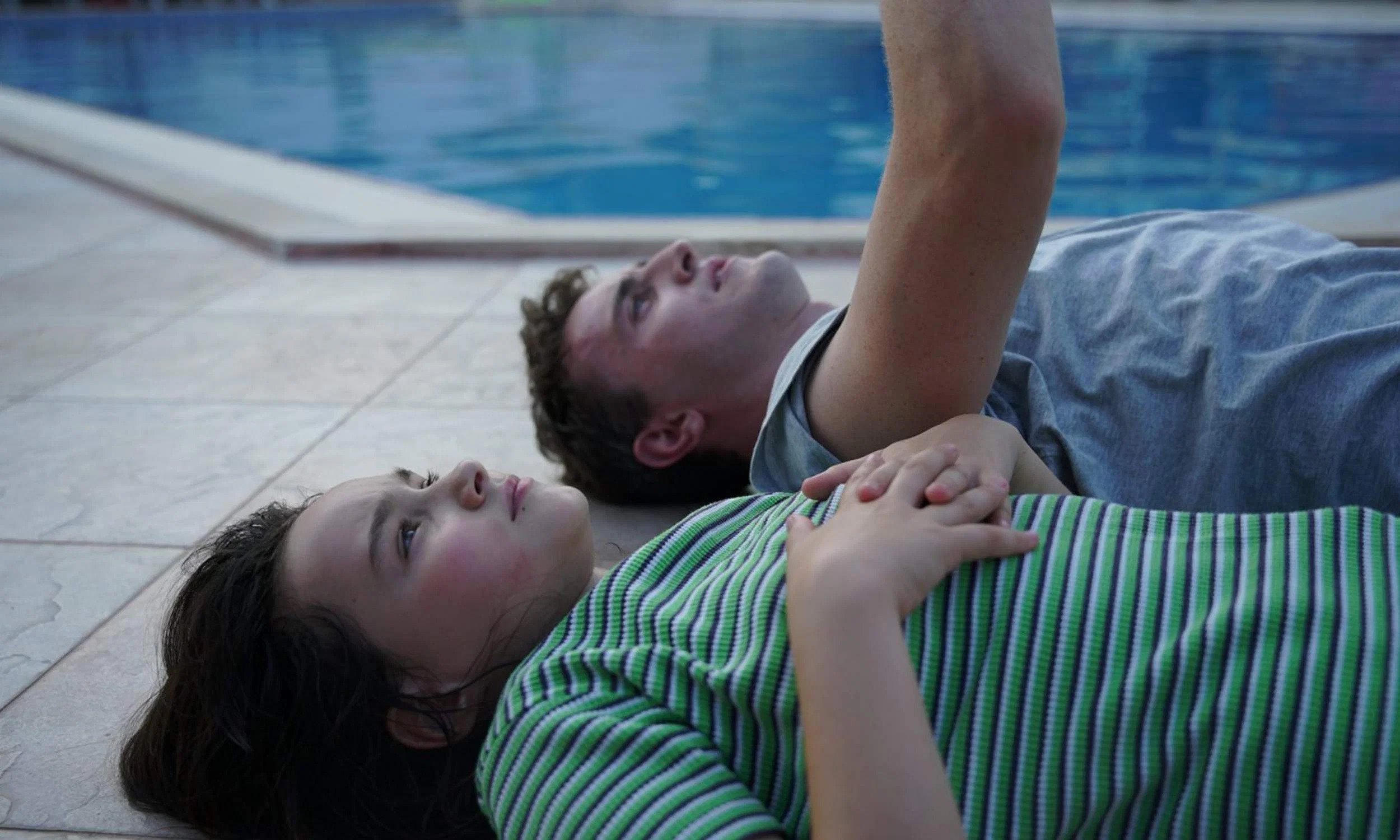 “I wanted to explore a different period in that relationship, like a young father and his daughter on holiday. Even just visually having a young parent, like a young man and his daughter, it just felt like it could be something interesting and fun and compelling,” said Wells. Furthermore, she stated how she initially focused on the plot when writing the script; it eventually turned more toward her personal opinions and experiences.

The filmmaker added, “It’s not autobiographical, per se, but I think of it as being emotionally autobiographical. And, over the course of writing, I got more and more of myself into both characters. And it just evolved from there.” In another interview with film critic Roger Ebert, Wells elaborated further on her writing process and how it was hard not to let her recollections shape the story.

“I spent so long working on it, and there was always a personal infusion into the characters. That was never lacking. I just think over the course of writing and allowing memories and anecdotes from childhood to form the first skeleton outline of this script was a process of searching through my own past. And that process found its way onto the page, you know? So the film took on this like retroactive gaze that it didn’t have in that more conventional concept,” the director divulged. 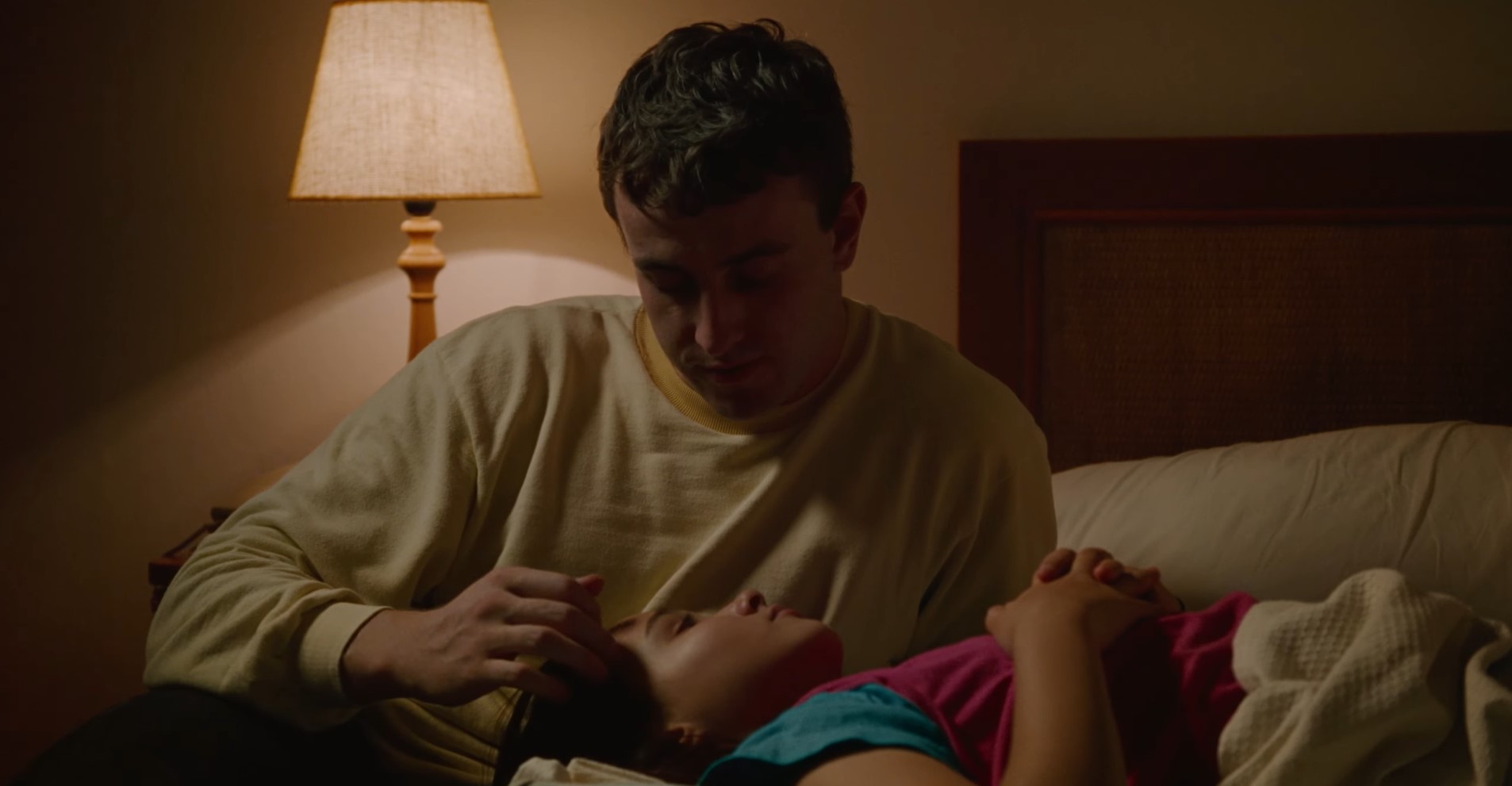 Wells concluded, “I think it just started from a place of thinking about what might my first feature be: A young father and his daughter on holiday. I have a lot of experience to draw from, and it’s a relationship I don’t see portrayed too often in the way I think I can write about…In allowing it to be personal, I think, ultimately, it’s coming from a sincere place of expression. I’m not really writing outside in; I think I’m writing inside out. So that, unfortunately, as a person who doesn’t particularly like to talk about myself, even personally, it’s just the reality.”

Apart from the poignant portrayal of parent-child dynamics, the movie includes authentic details to establish the period it takes place. From camcorder footage to employing color grading techniques imitating old photographs, Wells ensured that every aspect of the movie invokes a sense of nostalgia in the audience. Despite ‘Aftersun’ being a primarily fictional tale, it helps understand how in real life, people are often unable to understand their parents’ dilemmas and traumas till they experience parenthood themselves.

Besides, it indicates how pictures and videos are often inaccurate in representing what exactly transpired in a person’s life when they were taken. Instead, they are mere tokens that gloss over the uncomfortable details so that we can use them in the future to escape to happier and simpler times. Hence, the Charlotte Wells directorial is a realistic ode to childhood and the complicated equations we often share with our parents, infused with her memories of the same.