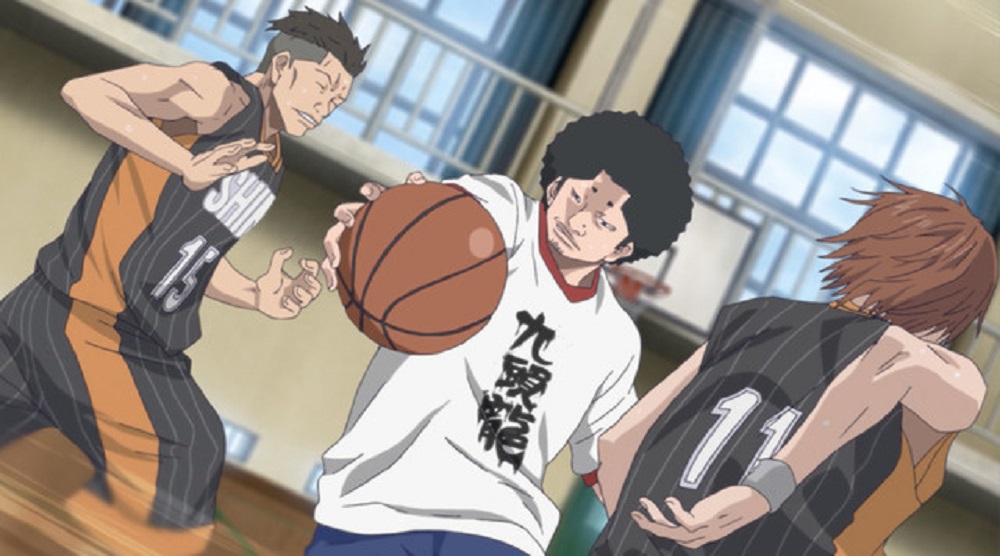 When it comes to anime shows that revolve around the sport of basketball, ‘Slam Dunk’ and ‘Kuroko no Basket‘ are two of the most well-known shows out there. What makes these shows great sports anime is how they not only focus on the technical side of the game but also how they manage to bring in some necessary drama and romance to keep all kinds of viewers entertained.

‘Ahiru no Sora’ seems to have all the traits that made these anime shows great and if it is able to remain loyal to its source material, it might even turn out to be as good as ‘Slam Dunk’. What really stands out about it is its main character who is really petite for the sport. Though the story of the show is pretty generic and is all about an underdog team trying to make it to the top, if executed well, it can easily become on of the best shows of the season. Hopefully, ‘Ahiru no Sora’ will turn out to be as good as we expect it to be.

Ahiru no Sora Season 1 Release Date: When will it premiere?

Produced by King Records and licensed by Sentai Filmworks, ‘Ahiru no Sora’ season 1 is all set to premiere on October 2, 2019. The anime has 50 episodes in the first season, which means the season should come to an end in 2020.

You can watch the English dub of ‘Ahiru no Sora’ on Crunchyroll.

Sora Kurumatani, the main character, is a small framed stout basketball player who extremely passionate about the sport. After he joins Kuzuryuu High School, he hopes that he will be able to fulfill his mother’s wish to watch him completely dominate his very first high school basketball tournament. But to his disappointment, the basketball team of the school is full of delinquents who rarely play any ball. Instead, they just fool around and misuse their practice hours for doing other mundane things. While all the players seem to be losing interest in the sport, it just takes one game to infuriate Sora’s passion for it and that’s when he sets out on a journey to make his school team better.

Chiaki Hanazono is the point guard at Kuzu High’s basketball team. He is close to 193 cms tall and has a pretty huge frame for his age. He has jet black hair and sports an unkempt afro. He also has a small goatee on his chin and is often seen with a cold expression on his face. He later becomes the school’s highest point guard and is known for how perceptive he becomes during the game. More often than not, he is able to execute the trickiest passes that later lead to scoring. He is the twin brother of Momoharu and both of them are really talented.

Momoharu, Chiaki’s twin, is a little shorter than his brother and stands at 187 cms at the beginning of the show. Unlike his brother, he has a fair complexion with straight blond hair. There was a time when he was really passionate about the sport and he would train for hours just to make his jump shot better. But even after working so hard, he would always fail to score a basket. Because of this, he ended up losing his interest in the sport and decided to completely give it up later. But after Sora joins the basketball team, his passion for the sport is reignited and he realizes that he never stopped loving the sport.

For a basketball player, Sora is really short and only stands at 150 cm at the beginning of the series. But his height never really gets in the way of his passion for the sport and he still proves to be better than most players around him. Sora had once promised his mother that he will completely dominate the court in his first high school game. But as soon as he joins Suzu High’s basketball team, he realizes that he’ll have to do a lot more than he had initially imagined. But even after realizing that the basketball team needs a lot of work, he does not give up and tries to do everything in his power to make things better. His undying zeal also inspires all the other players who later start taking things seriously. When it comes to his appearance, Sora has jet black spiky hair with big dark blue eyes. He is usually seen with a smile on his face and he wears a blue wrist band on his right arm.