All You Need to Know About Vanessa Simmons 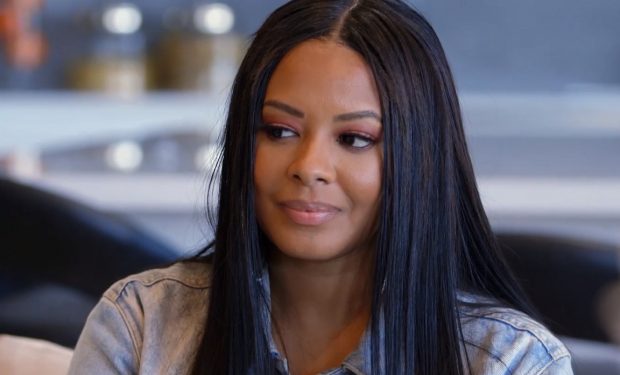 ‘Growing Up Hip Hop’ on We Tv has introduced us to the Simmons clan, who happens to be hip hop royalty of sorts. Although Angela is one of the main cast members, who demands the camera’s attention, there is no denying that Vanessa has had pretty fascinating arcs as well. Being successful in both her professional and personal life, Vanessa’s celebrity status makes her fans curious to know more about her. So, who is Vanessa Simmons?

What is Vanessa Simmons’ Age and Weight?

Vanessa Simmons was born on August 5, 1983, which makes her 36 years old. She did struggle with weight issues before the Season 5 filming. Vanessa noted that she’d gained a lot of weight over the year and hadn’t noticed it. The cast member went on to clarify how weight is just a small part of ourselves and has even shared the journey of her weight loss. Reports suggest that Vanessa weighs 50kgs. You can see her picture below, where she looks elegant.

Who are Vanessa Simmons’ Parents and Siblings?

Vanessa Simmons is from a reputable family whose legacy is tied to the history of hip hop. Her parents are Joseph Simmons and Valerie Vaughn. Joseph is better known in rap circles as Rev Run and is a founding member of the iconic group Run-D.M.C. Vanessa’s father is the youngest of three brothers, among whom is Russell Simmons, the co-founder of Def Jam Records. She’s the oldest daughter and is close to Angela. However, Vanessa has other siblings including Joseph “Jojo” Simmons Jr, Daniel “Diggy” Simmons III, Russell “Russy” Simmons II, and Miley Justine Simmons.

Does Vanessa Simmons Have Popular Songs?

Considering her lineage, one might expect Vanessa to have a career in music. Instead, she is a television personality, who’s appeared in ‘Run’s House,’ the MTV reality series. Vanessa also appears in the spinoff, ‘Daddy’s Girls.’ She can be seen in movies like ‘Dysfunctional Friends,’ and has been the host and judge of ‘Project Runway: Threads.’

Vanessa and Angela also started their line of footwear called Pastry Shoes. Currently, Vanessa is an executive producer and series regular on ‘Monogamy.’ Check out her post promoting the show.

Who is Vanessa Simmons’ Boyfriend?

Vanessa Simmons has been dating Mike Wayans since 2005. The couple welcomed their daughter Ava Marie Jean Wayans in January 2014. Both Vanessa and Mike want more kids once they are married. However, Vanessa has also made it clear that she doesn’t want Mike or Ava Marie to be on ‘Growing Up Hip Hop.’ Considering the spates that break out and emotions which are always frayed, it seems like a reasonable expectation.

For those unaware, Mike comes from a family that has been part of the entertainment industry. He is Marlon Wayans’ nephew, and Mike has appeared in films like ‘Blankman’ and ‘Dance Flick.’ Vanessa seems to be very much in love with her boyfriend as is evident from the picture she’s shared on Father’s Day. It shows Mike playing with Ava Marie when she was a baby.

Thus, Vanessa is in a great place in life, currently, both in professional and personal terms. She also remains close with her family, as is evident here.

Read More: All We Know About Lil Twist