Alyssa Ljubicich From The Circle: Everything We Know 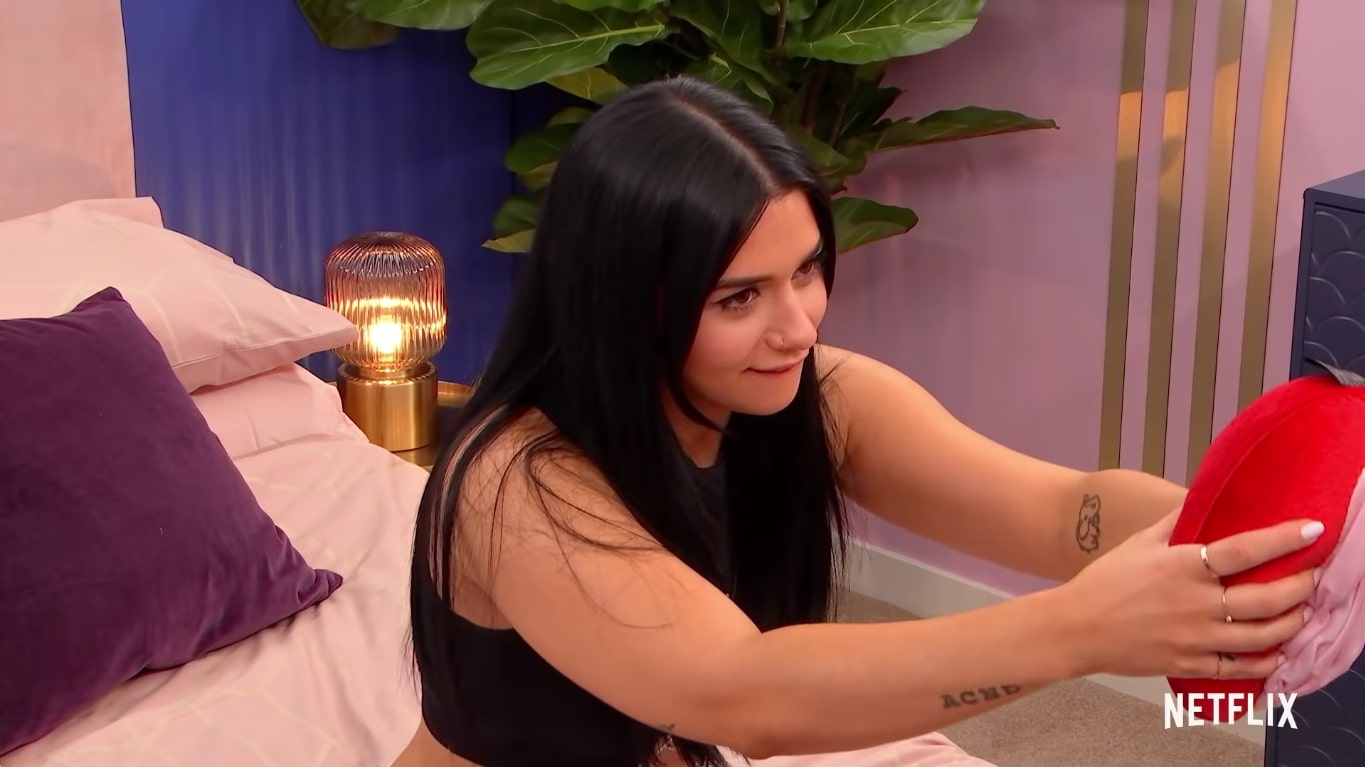 Netflix’s ‘The Circle‘ can only be described as a reality competition series wherein a rotating cast isolates themselves in different flats of the same building to play a popularity game unlike any other. The catch, though, is that their sole means of communication is personal/group messages through the specifically designed titular app, giving way to both anonymity as well as sheer strategy. So now that season 4 of this ever-intriguing production has made it to our screens, let’s find out all there is to know about one of its most clever contestants, Alyssa Ljubicich, shall we?

Alyssa Ljubicich — who prefers to simply have her last name be “Ljub,” which she claims is “very seriously pronounced lube” — is an Italian New Yorker through and through. In fact, sticking to the stereotype, she’s not only very authentically honest, but it appears as if she’s also a food/drink enthusiast and incredibly close to her family, including the extended one. Thus, we can positively report that the now 28-year-old (born October 19, 1993) is the middle child of Rina and Anthony “Tony” Ljubicich — she has an older brother named Nick and a younger sister called Danielle.

From Tomato Day to birthdays to the holidays, the Ljubicichs (comprising grandparents and close cousins as well) try to celebrate almost everything together, as evidenced by their social profiles. But focusing on just Alyssa, we should mention that her mother has actually perfectly described who she really is via two different birthday posts over the years. While in one, Rina wrote, in part, “You’re strong and independent (mostly, 😚). You’re loving, compassionate, and caring,” in another, she penned, “Through your many styles, color and lengths hair, you’re heart is always the biggest and [the] most beautiful.”

After graduating from Byram Hills High School in 2011, Alyssa earned her Bachelor’s degree in Fashion Merchandising from the LIM College in Manhattan, New York, in 2015. Therefore, she kickstarted her working experience as a Sales Associate/Public Relations or Wholesale Intern at first-rate brands such as Charlotte Tilbury Beauty, Juicy Couture, and Balenciaga before making the jump to Account/Customer Service Advisor. From there, though, she landed the position of Social Media Manager at AMP Agency.

In March 2020, Alyssa began serving as the Social Media Advisor at Lance Bass Productions in Los Angeles (which means she probably has met ‘The Circle’ season 2’s Lisa Delcampo). Today, however, seemingly dividing her time between Los Angeles and New York, Alyssa serves as an Executive Assistant as well as a Social Media Advisor for Pleasure Muse. As if that’s not enough, she is also determined to continue learning about sex and relationships to be the best possible sex coach she can be — a journey she has apparently already begun in partnership with the Sexual Health Alliance (SHA).

Is Alyssa Ljubicich Dating Anyone?

As far as Alyssa Ljubicich’s love life is concerned, it appears that the Social Media Manager doesn’t like to divulge details about her personal life on social media. Therefore, from what we can tell, the reality TV personality seems to be single at the moment, but happily so because she is surrounded by her two fur babies — Bonnie and Astro. Moreover, since her career is a big part of her life, we believe Alyssa’s gladly spending much of her time expanding her wings in that aspect right now.

Read More: Frank Grimsley From The Circle: Everything We Know