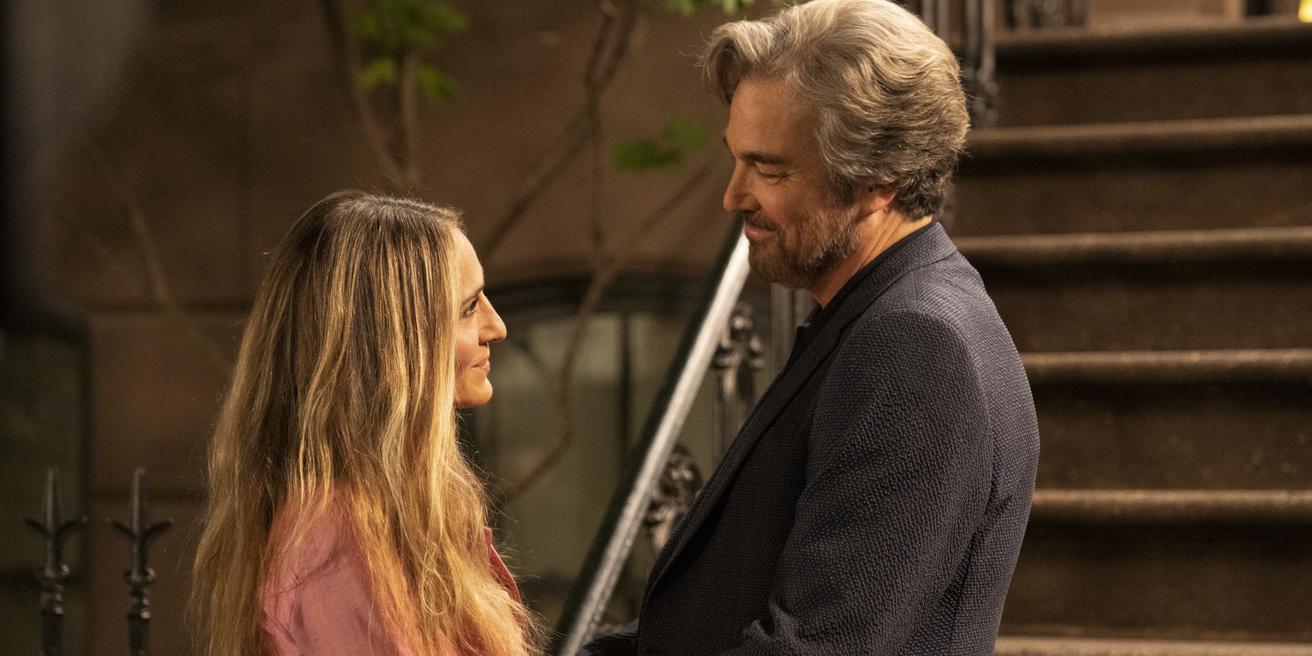 Created by Darren Star and developed by Michael Patrick King, ‘And Just Like That’ is a comedy-drama series that is a revival of the hit HBO show ‘Sex and the City.’ The original series is based on the eponymous 1997 book by Candace Bushnell. The reboot picks up 11 years after the events that take place in the 2010 film ‘Sex and the City 2.’ It particularly focuses on the lives of Carrie, Miranda, and Charlotte as they deal with the realities of life in their 50s.

The show originally premiered in December 2021 on HBO Max. While it is a part of a popular media franchise, the show received a lukewarm response from critics. Nevertheless, that did not deter fans from watching the dramedy. In fact, it has been named one of the most-watched series debuts on the streaming platform. Now that the first season has come to an end, viewers are already looking for updates regarding the possibility of a second round. Well, here is everything we can tell you about the same!

With regard to the show’s second edition, here is the deal. A formal announcement has not yet been made, but the future of the dramedy seems to be headed in a positive direction. The possibility of the show being recommissioned has been discussed on several occasions. In a conversation with Vulture in December 2021, Casey Bloys of HBO Max was asked about the second season. He stated, “So it is certainly a conversation we’ll have — for sure. But we haven’t decided anything or done anything.”

On the other hand, in early 2022, Sarah Jessica Parker (Carrie Bradshaw) told Variety that she would “definitely” be interested in doing another installment. She added, “Michael [Patrick King] and I spoke two weeks ago, and said: ‘OK, when are we going to talk about this?’” The actress continued, “Because there’s a calendar and you don’t want to let too much time pass. There feels like there’s momentum.” Similarly, in January 2022, Sarita Choudhury (Seema Patel) explained why it would be a good idea to continue the series beyond its debut run.

Filming for the first season reportedly commenced in July 2021 and concluded shortly before the show began airing on HBO Max in December 2021. Therefore, if the series is given the green light by Spring 2022, and the production goes as planned, we can expect ‘And Just Like That’ season 2 to release sometime in Q4 2022.

In the meantime, you can enjoy the documentary titled ‘And Just Like That… The Documentary.’ It features all that went on behind the screens in order to make the show. It also has exclusive interviews of the cast and crew members. The 1 hour 13-minute documentary landed on the streamer on February 3, 2022.

And Just Like That Season 2 Cast: Who can be in it?

However, Willie Garson will not be seen as Stanford Blatch in the potential second installment, following the tragic death of the actor in September 2021. His absence has been addressed in season 1 as Stanford moves to Tokyo to work with a TikTok star. Chris Noth has been written out of the storyline as John James Preston AKA Mr. Big dies in the first season. But the allegations of sexual misconduct seem to have cemented the actor’s fate as far as his involvement with the series is concerned. In addition, fans can take it for granted that Kim Cattrall (Samantha Jones) will not be a part of the potential season 2. King confirmed this in the Variety interview in early 2022.

And Just Like That Season 2 Plot: What can it be About?

In the season 1 finale, a year passes after Big’s death. Carrie visits Paris, where she scatters Big’s ashes in the Seine. Moreover, she learns to move on, as is evident by her colorful love life. Although things go fairly well with Peter, she feels that something is missing. This gap is then filled by the attractive podcast producer Franklyn, with whom she starts her own podcast. As for Miranda, she decides to listen to her heart and follows Che to LA.

If there is a season 2, we may learn what becomes of Carrie and Franklyn. It remains to be seen if Peter will continue to be a part of her life or not. Interesting developments take place in Miranda and Seema’s respective romantic lives as well. Therefore, we can expect to learn more about that. Miranda and Steve’s divorce is likely to have repercussions on their family situation. At the same time, Charlotte might be seen adjusting to the changes on the family front.