Are Anthony Ramos and Jasmine Cephas Jones Still Together? 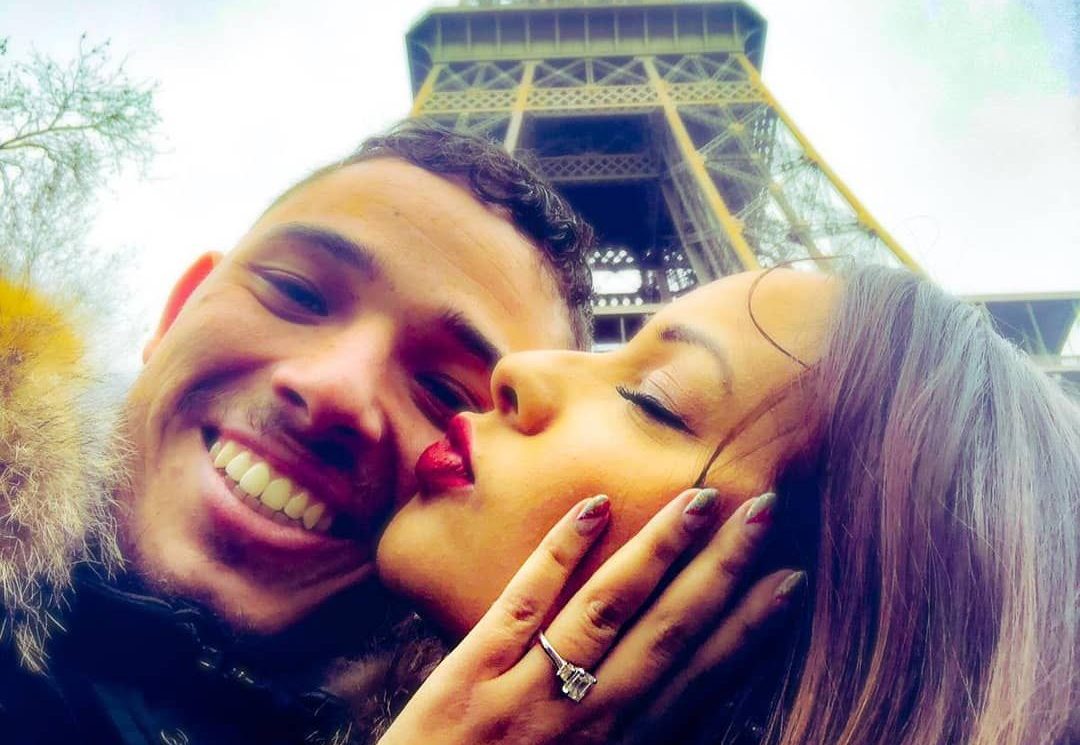 Actor-singer Anthony Ramos Martinez is best known for his brilliant work in the renowned Broadway musical ‘Hamilton,’ wherein he appeared with his fiancée — actress Jasmine Cephas Jones — in Hamilton in 2015. His wide array of performances also includes movies such as ‘A Star Is Born’ and ‘In The Heights.’ Jones is a Primetime Emmy Award-winning actress who is recognized for her work in the TV series ‘#FreeRayshawn’ and ‘Blindspotting.’ Both successful actors have also worked together in the film adaptation of ‘Hamilton’, as well as the movie ‘Monsters And Men.’

The talented couple has been very much in love and committed to each other in a long and fulfilling relationship. Fans have always adored the beautiful pair and are eagerly awaiting the news of their wedding. But are Anthony and Jasmine still going strong, or is there trouble in paradise? Let’s dig in and find out together.

Anthony and Jasmine: How Did They Meet?

Anthony Ramos first met Jasmine Cephas Jones in 2014, during the rehearsals for the Off-Broadway production of the ‘Hamilton’ musical at The Public Theatre. According to the musical’s creator Lin Manuel Miranda, it was love at first sight for Anthony, as he was spotted “stealing glances” at Jasmine during their first table read for the acclaimed Broadway production.

After dating for a few months and attending a New Year’s Eve party together, the couple made their relationship official on Valentine’s Day 2015. On their 2nd anniversary in 2017, Anthony expressed his love and gratitude towards Jasmine in a mushy Instagram caption that partly read, “You are the 💣.com. Please let me buy the toilet paper, toothpaste, and Yucca shea moisture products for the rest of our days. Love you.”

Over time, the couple attended multiple award functions together and kept updating their fans with cute photos posted on Instagram. Hamilton went on to win a Grammy award in 2016, and the couple also went along with their co-stars to the White House to perform select songs from the musical.

Anthony and Jasmine then went on to work together in the movie ‘Monsters And Men’ in 2018, and he was extremely excited about working again with her. In an interview with Blackfilm.Com, Anthony revealed, “Working with Jasmine, being able to work with my other half, that’s the dream.” On Christmas Eve 2018, he romantically proposed to Jasmine at Arundel Castle in England, prompting this adorable official announcement post from her, wherein she confessed, “I love you beyond words and am so excited to continue this awesome journey with you. -Your Fiancé, Jas xo.”

The year 2019 was full of bliss for the couple, as they celebrated their four years of togetherness and even quarantined together in 2020 during the COVID-19 lockdown. Everything was going well for them, with the announcement of the wedding date being anticipated by both friends and fans. However, did the couple finally walk down the aisle or go their separate paths?

Are Anthony and Jasmine Still Together?

Sadly, Anthony Ramos and Jasmine Cephas Jones are reportedly not together anymore. Though no official confirmation has been made by the couple, speculation about a split arose in late November 2021 after a viral TikTok video accused the actor of cheating on his fiancée. Soon, a source confirmed to E! News that the pair had split. Before the rumors began floating around, Anthony expressed his gratitude for his partner in an interview with People in June 2021. He said, “She’s a rock, man. She’s a pillar. What’s amazing is that she’s doing it on her own, too. She’s having her own moment.”

Earlier in May, Jasmine took to her Instagram profile to support her beau. The couple used to frequently post pictures with each other, but post-July 2021 they have not posted any pictures of them together on their social media. Both Anthony and Jasmine also haven’t made any public appearance together since, thus adding fuel to the speculations of the split. The last post by Anthony was in July 2021 to lovingly wish Jasmine on her birthday.

On the professional front, the couple has been doing great for themselves. Jasmine’s hit TV series ‘Blindspotting’ not only received acclaim but has also been renewed for a second season. She has also been recording music and spending time with her father — actor Ron Cephas Jones — who underwent crucial lung surgery in 2020. Meanwhile, Anthony is slated to star in ‘Transformers: Rise Of The Beasts,’ which is currently in post-production.

With regards to the status of their connection, the two talented stars have remained relatively mum both on social media and in public. Thus, there is no confirmed answer to the heavy speculations of their separation, and the future of their relationship remains unclear. However, unless the actors themselves come forward to comment on the matter, fans can only hope that Anthony Ramos and Jasmine Cephas Jones pulled through troubled waters and are still going strong.

Read More: Is Melissa Barrera Married? Who Is Her Husband?